When it comes to lobster, simplicity is the best.

Just some melted butter, a dash of lime. Or if you are going chinese style, some garlic, pepper or superior sauce will do. I don’t really like to complicate mine especially when he is a hefty, handsome boy, from Boston. 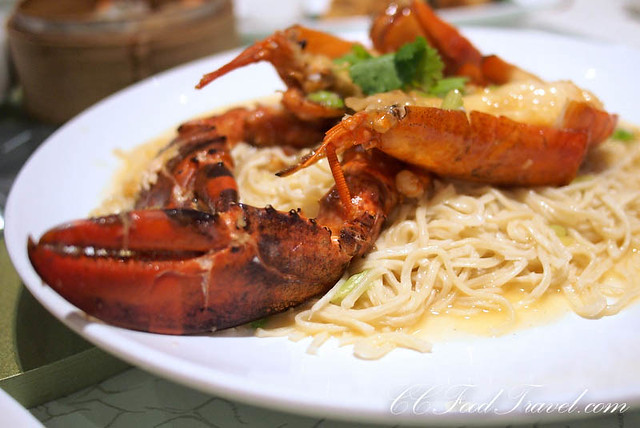 Herewith, then, a quick crustacean-centric meal at Di Wei Chinese Restaurant, Empire Hotel, featuring 5 different unctuous lobster preparations for the month of August. There’s the Deep fried Lobster in Salted Egg Yolk, the Oven baked Lobster with Cheese, the Deep fried Garlic Lobster, the Braised E-Fu Noodle Lobster and finally Lobster in Superior Sauce. This promo is priced at RM128++ per portion of crustacean, so if you love lobster, you can go crazy and OD on chunks of sweet, tender lobster all august at Di Wei for a perfectly affordable price too. 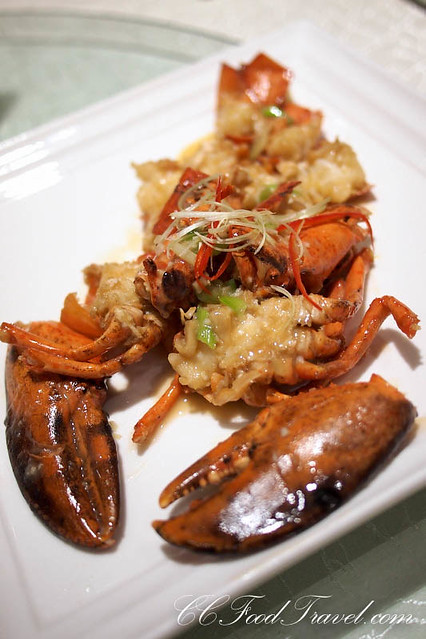 Slurping up the E-Fu noodles, and splattering deliciousness on ourselves is a truly satisfying activity! The noodles are cooked in the lobster roe and sauces so it tastes terrific. 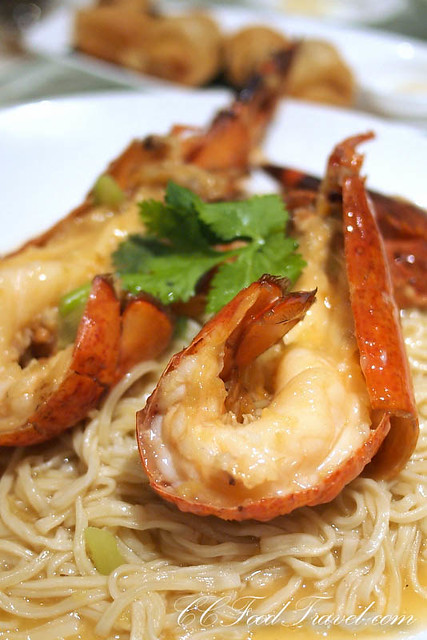 And if you’ve ever tried to take apart a lobster, aided only by hunger, a few crude tools, and the desire to get your money’s worth out of an outrageously expensive crustacean, you will know it’s not easy. Thank God then, that at Di Wei, they actually disassemble the lobster for you. You just need to pick out the flesh using a fork or your hands. Lovely! 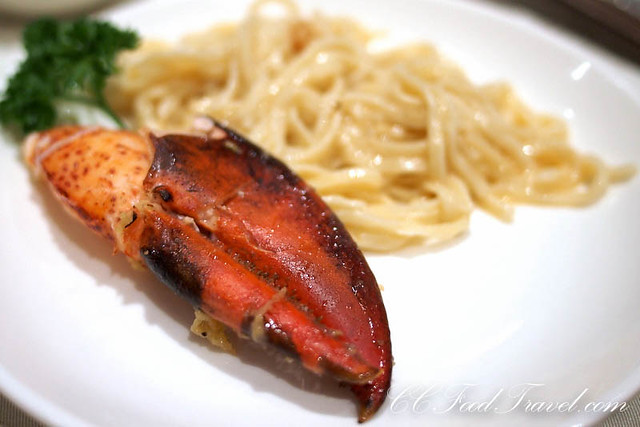 The king of the crustaceans, lobster is a delicacy and generally speaking, the colder the waters in which the lobster was fished, the better the flavour. There are three main types I hear – the Canadian or American, which have round, very fleshy claws, European, fished around England, Scotland, Ireland, Brittany and Norway, which are considered to have the best flavour, and Slipper or Squat lobster, which live in warmer oceans, such as those surrounding Australia, where they are called ‘bugs’. I love these Boston lobsters for the huge fleshy claws.. I never like wasting time with the body .. go for the claws.. really more returns for your effort! 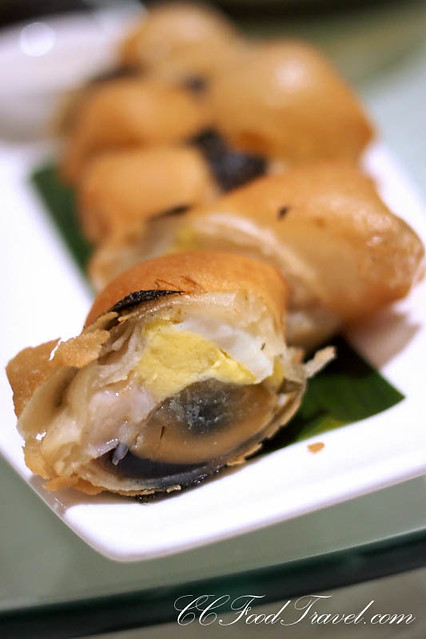 Fans for Di Wei’s dimsum will be happy to know that they have some new additions to the dimsum family. Two of the highlights would be the Deep Fried Twin Egg Roll, and the Steamed Three Treasure Prawn dumpling. The Deep Fried Twin Egg Roll is named as such because it has half and egg, as well as half a century egg in the middle. The crispy pastry and the soft rich center is to die for. 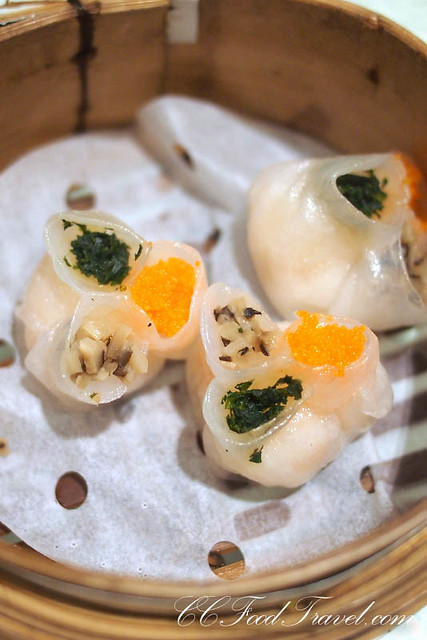 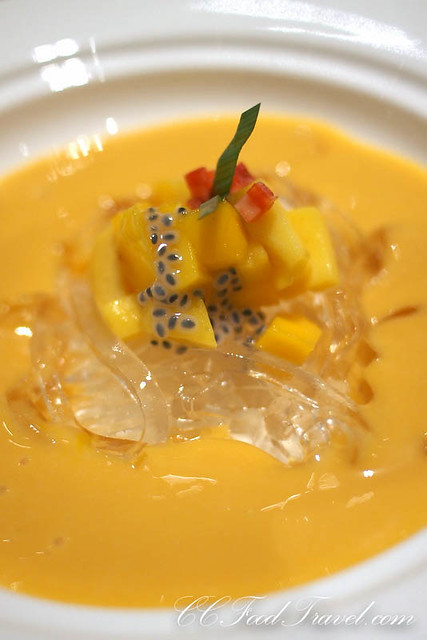 And for dessert lovers, two new desserts are on the cards at Di Wei. One is the Mango Puree with Crystal Noodles (think strands of konnyaku in a Mango Sauce) and the other is the Osmanthus and Wolfberry Jelly. 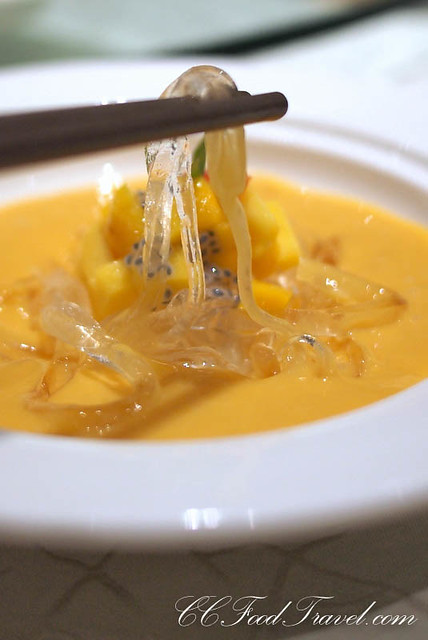 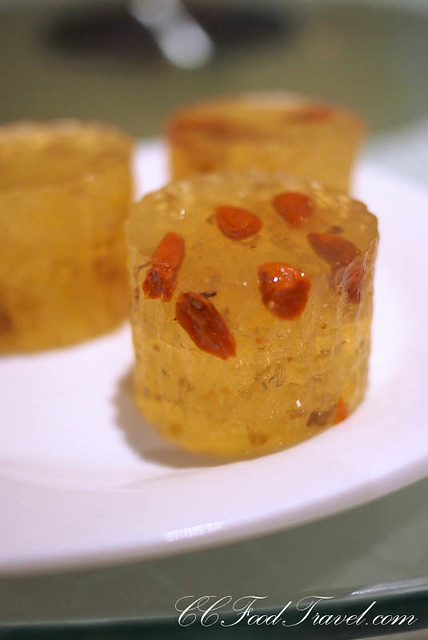 The aromatic Osmanthus flowers are mixed with Wolfberries, then set in Jelly, to give this interesting presentation.

The combination of these two wonder herbs makes the Osmanthus Jelly With Wolfberries a delightful dessert, ending any lunch on a happy, sweet note. Great for the heat and the wolfberry is supposed to be good for the eyes too, so win-win! 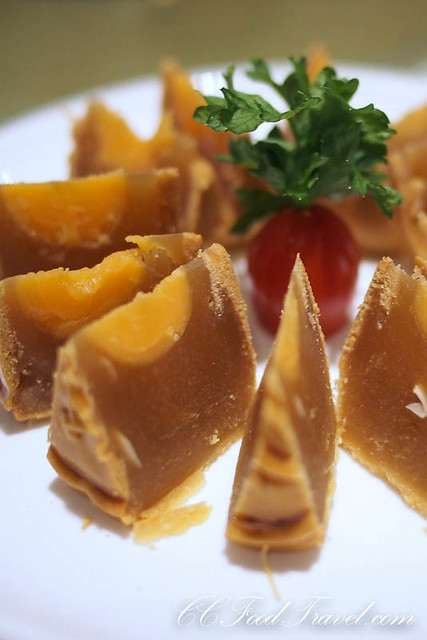 Ah.. and since we are entering the mooncake festival month, fans of the mooncake take note that Di Wei’s mooncake lotus paste is made in house. The mooncakes here are delicious and really low in sugar. My favourite sort of mooncake !

If there is one place i never EVER miss when in KK… it is THIS!!!! And.. its located, opposite THIS ( a massive, massive…