One of the places we just had to check out that’s famous for its French cuisine, was Gunther’s Singapore … would it live up to expectations?

One of the places we could not wait to visit was Gunther’s, in Singapore. I would run many miles just to eat Chef Gunther Hubrechsen’s cold angel-hair pasta with Oscietra caviar. 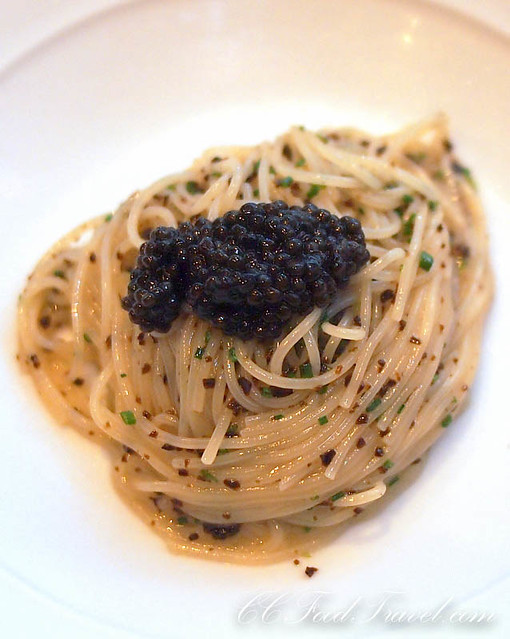 Located just five minutes by foot from City Hall, Gunther’s is situated along Purvis Street’s refurbished shophouses. It is a nice walk along this street looking at contemporary as well as historic Singapore and you can see many trendy restaurants that have recently sprouted up along this street. Some of them have a no reservation policy such as the new Saveur, so you will notice a huge amount of people congregating outside the shop, just waiting for a free table for dinner. 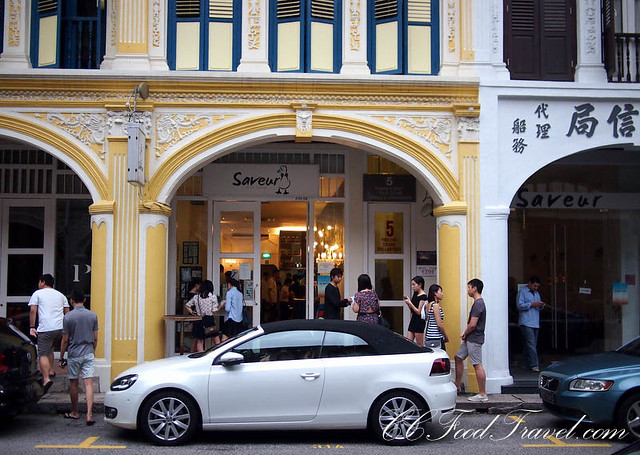 Saveur’s no reservations policy must be just a ploy to make the place look constantly busy! 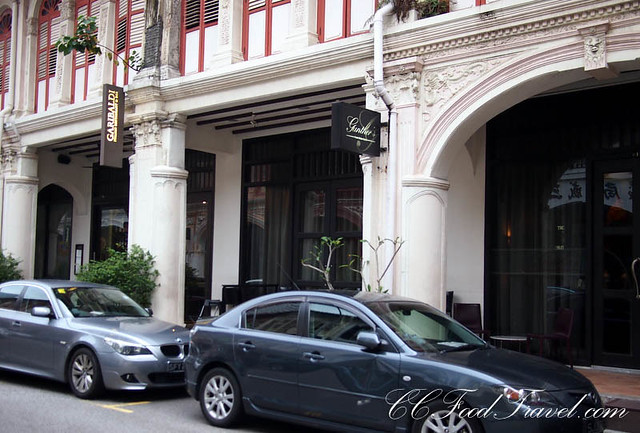 Modern French Cuisine takes centre stage in this classy fine dining restaurant and Gunther’s has quickly made a name for itself for bringing sophisticated French food to Singapore’s chic fine dining scene. 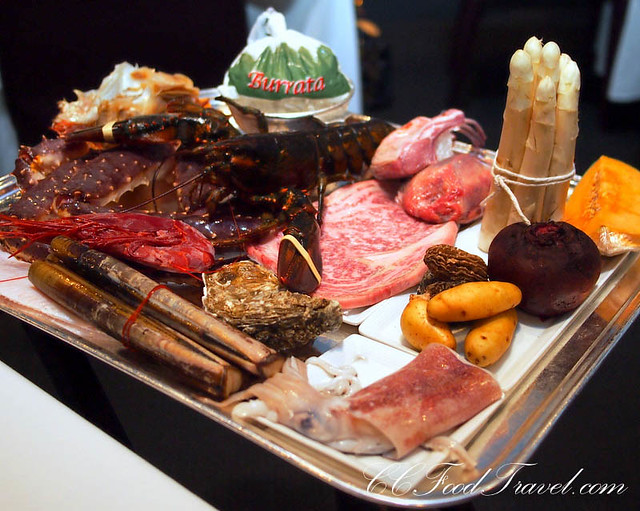 I instantly fell in love with the place. It is cozy and unpretentious. A waiter brings around a tray of the latest, in-season ingredients (Carte Blanche menu) and we select form it, what we will have for starters and mains. The cooking style could be summed up as classic French dishes that have been given a modern interpretation. Hubrechsen’s style and flair using natural jus and slow cooking techniques to enhance the flavours of a dish offers a refreshing change to classic French food. This modern angle emphasizes the importance of textures and flavours, and makes the food less heavy. 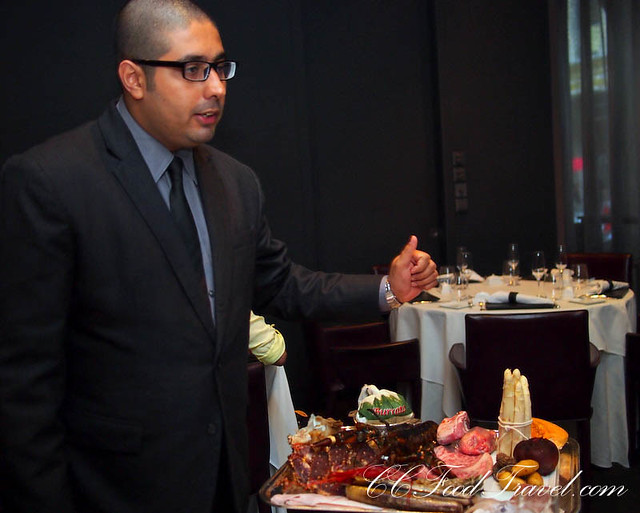 The restaurant itself has a main dining room that can accommodate up to 25 customers and two private rooms with separate entrance for private party from two up to 18 customers. Gunther’s has an extensive wine cellar featuring more than 350 labels, with majority hailing from France. 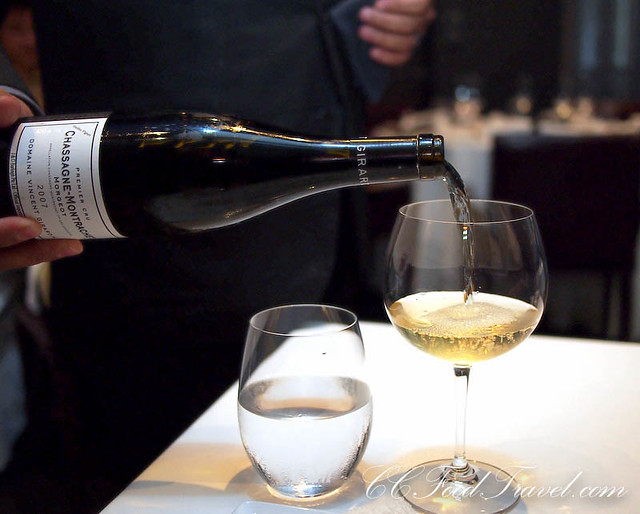 At the age of 16 Gunther Hubrechsen began his professional culinary training at the Bruges Culinary Institute Voor Voeding (IVV), Ter Groene Poorte, in Belgium. He has since been cultivating his own unique style of cooking as an advocate of ‘natural cuisine’. 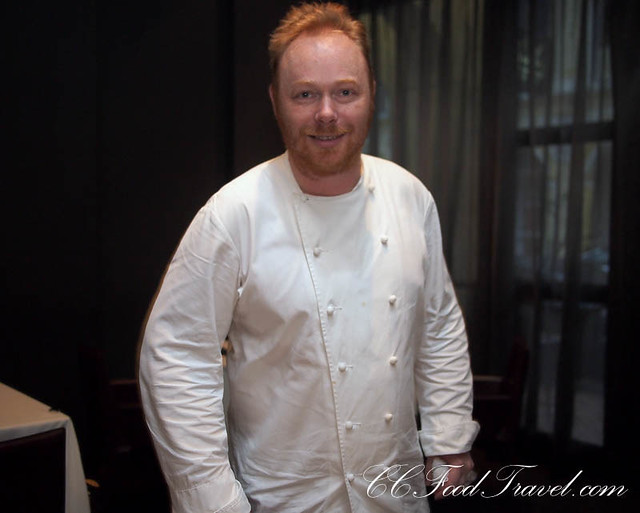 Of Belgian descent, he worked his way through the ranks in several renowned restaurants in Belgium, including Le Bouquet, and Restaurant Gravin van Buren before moving on to France. There, his efforts earned him a position from trainee to sous chef under his mentor Chef Alain Passard at his three-star Michelin restaurant, L’Arpège in Paris, where he worked for five years.

In 2002 Hubrechsen arrived in Singapore to work with the Les Amis Group, helping elevate the Les Amis restaurant to 83rd position in Restaurant magazine’s list of Best 100 Restaurants in 2007. That very same year, his dream to own his own restaurant was realised when he collaborated with Roberto Galetti of Garibaldi Group to open Gunther’s Restaurant in Purvis Street. The modern yet classy French fine dining restaurant was opened to great acclaim on 2 August 2007. 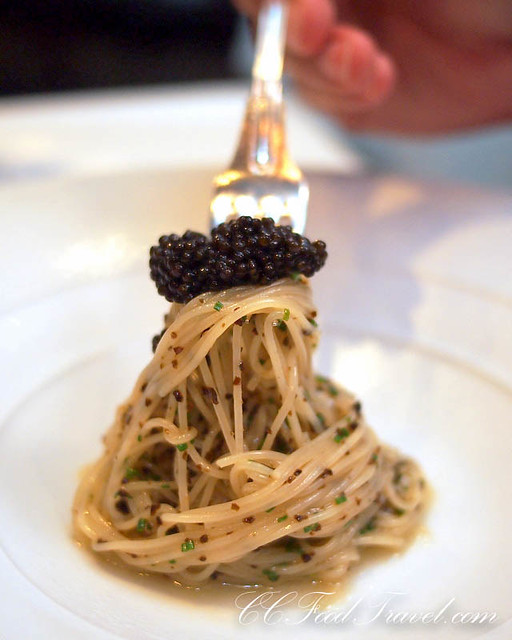 One of the best starters we had on this trip with #YourSingapore Live, would have to be this outstanding cold angel hair pasta, dish, that had my hairs standing on end. In a good way, of course.

This incredibly fragrant chilled capellini with caviar starter was to die for. The pasta that was seasoned with truffle oil and chives and topped with Oscietra caviar, was shy of al dente and exploded with flavour and texture with each mouthful. It was so decadent I nearly passed out from the shear pleasure of eating it. Drizzled generously with truffle oil, the aroma permeates your mouth and then your nostrils – the caviar lent a nutty flavour to it, but not enough! I wanted more. 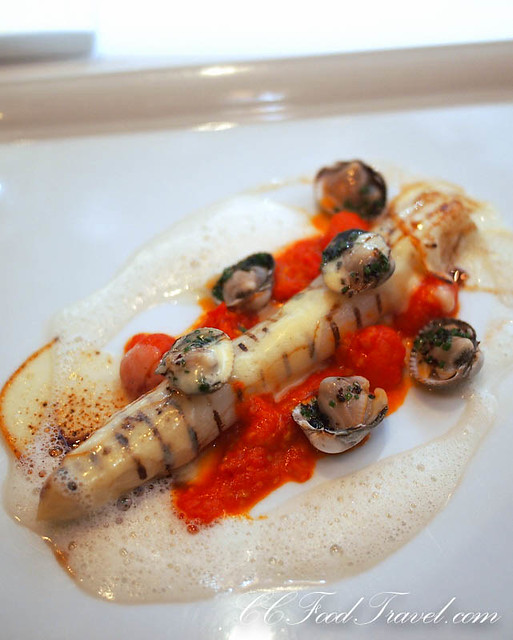 I found this dish a little weird. The cockles tasted like it belonged in my Char Kwey Teow – a little overpowering of the delicate white asparagus, if you can imagine what I mean. Would have preferred a different representation of this dish. The asparagus however was huge, plump, and succulent. 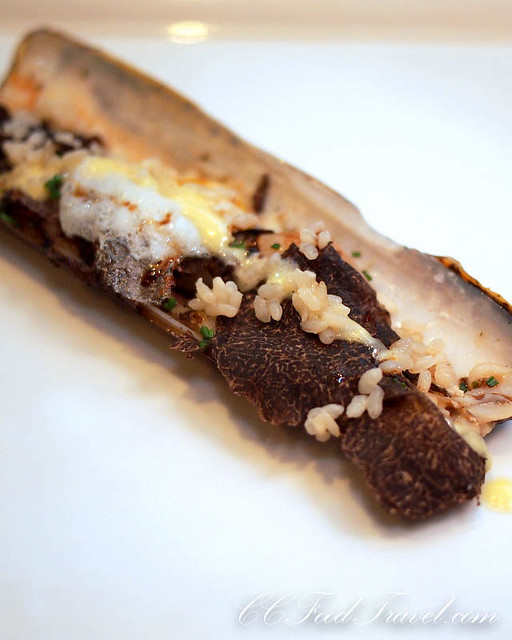 The grilled bamboo clam was tasty enough (who can fault fresh black truffle shavings) but Cumi found a shell in his clam. Must have chipped off and landed inside the fleshy bit. The clam itself was incredibly juicy, so says my husband. 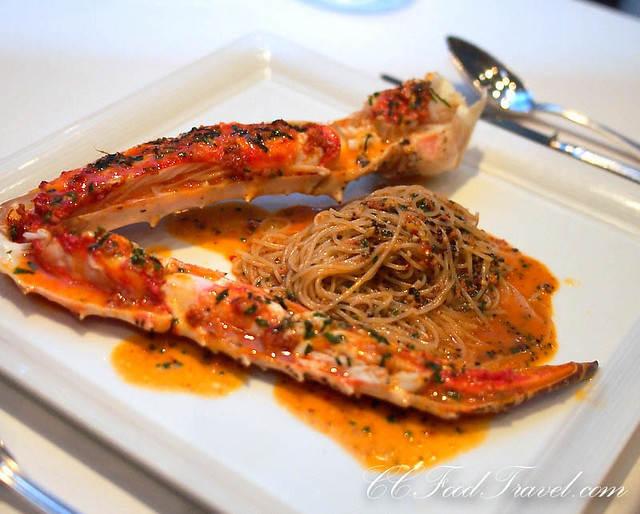 Simple, honest and down-to-earth are the philosophies of Chef Hubrechsen food. And that is why, you may order from the a-la-carte menu, which is great and has their signature dishes, but, if you’re up for a little surprise, you should really go Carte Blanche. Check out the Alaskan King Crab and the Kobe beef.. now who can so no to that? 😉 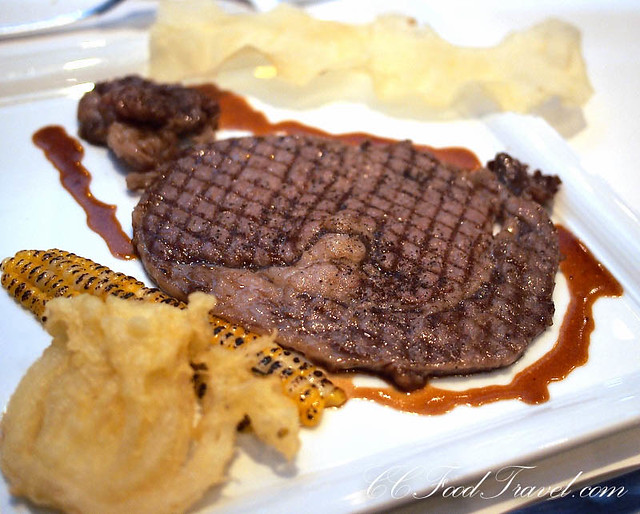 From the quality of the ingredients served, to the impeccable service and well groomed staff, it is hard to fault this restaurant. Dinner is definitely on the high end (even by Singaporean standards), but they do an affordable set lunch at Gunther’s during lunch time, if that’s any consolation. 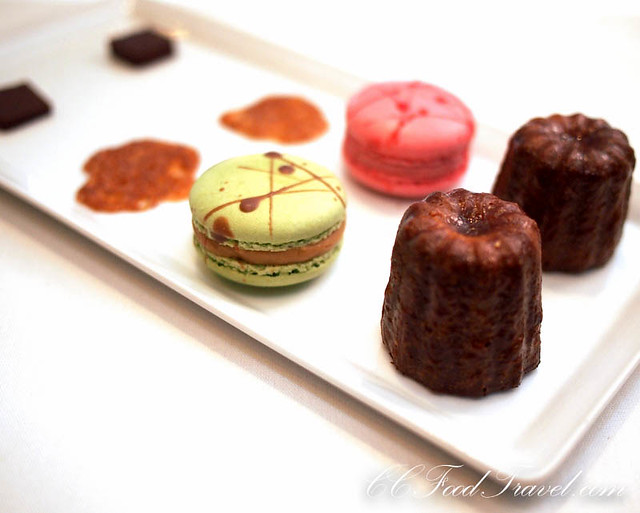 A memorable meal – it definitely wasn’t cheap but you can be sure that you’re getting a lot more bang for your buck, not to mention that personal touch and flair from Hubrechsen. It was too bad that we were rushing off to catch The Script live in concert, otherwise we would have liked to have spent more time talking to the chef. Oh well, there is always next time.

One cannot help but be charmed by the weaves of narrow cobble stoned roads, spires and picturesque landscapes, that together, balance a modern city…