Sandokan “The Pirates of Malaysia” is Emilio Salgari’s most enduring creation. Orphaned when the British murdered his family and stole his throne, Sandokan gathered a legion of Pirates and took to the sea, to seek revenge. Under to command of Sandokan and his loyal friend Yanez de Gomera, the Tigers of Mompracem defend the native kingdoms against the colonial powers of the Dutch and British empires. – an exotic, adventure novel by Italian author Emilio Salgari, published in 1896. 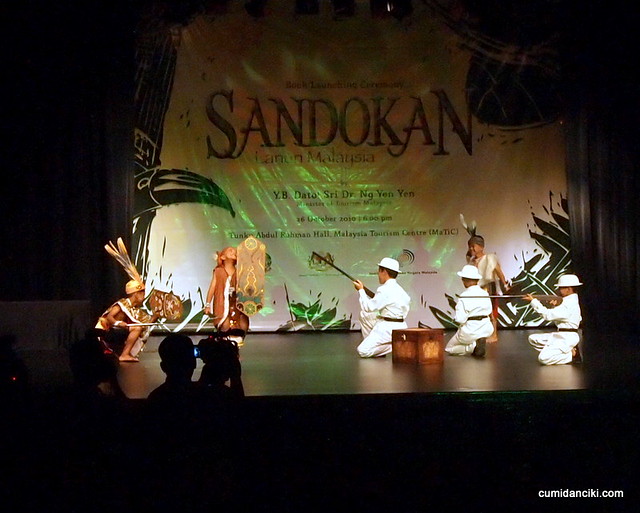 Meet the Malaysian Robin Hood.. this is a tale of the noble warrior Sandokan.. a tale of Idealism, Passion and of Loyalty

Contest to win book at the end of blogpost!

On Tuesday the 26th October 2010, Cumi & Ciki were invited to attend the launch of the novel “Sandokan: Lanun Malaysia” (Sandokan – Pirates of Malaysia), which also marked the Opening of the 10th Week of the Italian Language in the World”. This event was organized by The Embassy of Italy and it also involved the start of the Italian Film Festival. Ah.. what a stroke of luck.. one of our favourite indulgences is watching foreign movies..  and so we were incredibly pleased to hear that we would catch the first Italian Film Fest movie that same night. A big thanks to Marian Eu of Scribe Media Link for the invitation. 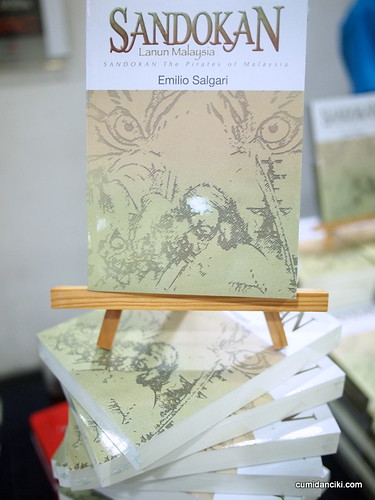 The launching of the novel “Sandokan: The Pirates of Malaysia”, written by the Italian novelist Emilio Salgari, and translated for the first time into Bahasa Malaysia by the Malaysian National Institute of Translation (ITNM), marked the official opening of the Tenth Week of the Italian Language in the World, which took place from Oct 26 to Oct 29  at the Tunku Abdul Rahman Hall of the Malaysian Tourism Centre (MATIC). 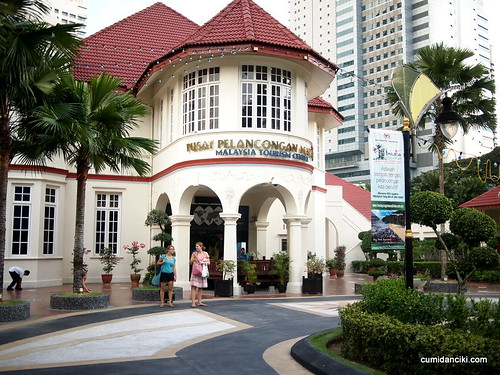 The “Week of the Italian Language in the World” is the main international event promoting the Italian language worldwide through the network of embassies, consulates and Italian cultural institutes. This year’s edition in Kuala Lumpur is organized by the Embassy of Italy and hosted by MATIC (Malaysian Tourism Centre). It focuses on literature and cinema.

The Tenth Week of the Italian Language in the World was also a week of Italian cinema: after the launching ceremony, we attended the opening of the Italian Film Festival with the screening of the movie “Gli amici del Bar Margherita”, directed by Pupi Avati, on Oct 26. The movies “L’Ultimo Pulcinella” directed by Maurizio Scaparro, “Generazione Mille Euro” directed by Massimo Venier and “EX” directed by Fausto Brizzi were screened at the Tunku Abdul Rahman Hall at the Matic on the subsequent days.

Photos of the Event 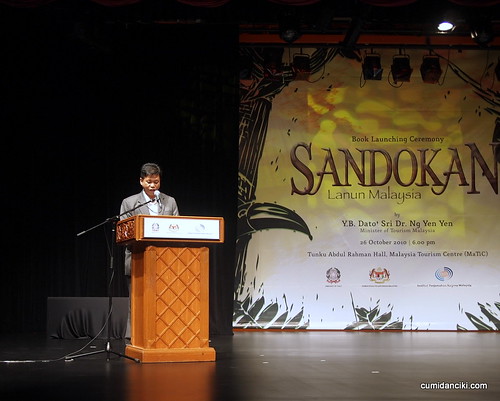 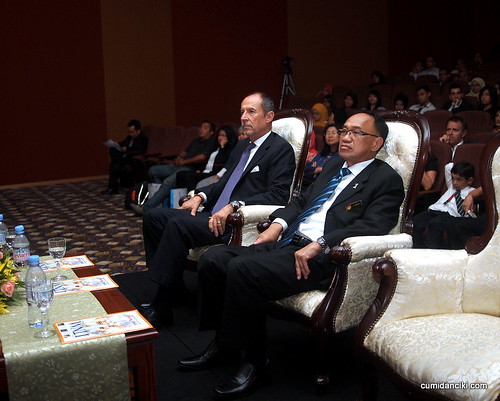 The Speech by Ambassador of Italy, H.E. Mr Folco De Luca Gabrielli (he is seated on the left) 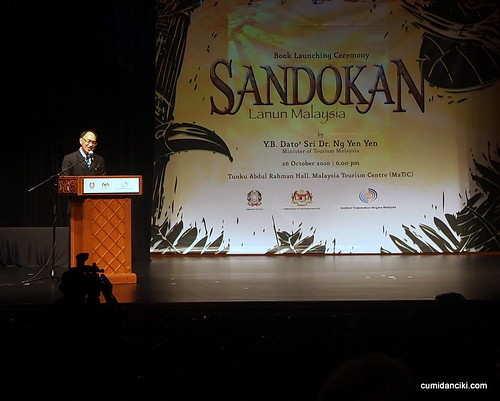 The Speech by the Guest of Honour

After the speeches a special performance by the little ones.. depicting the tale of “Sandokan”. 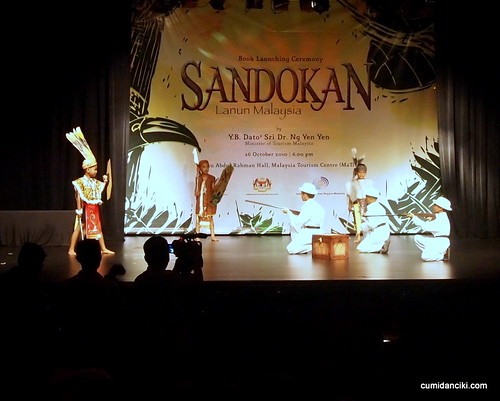 The Pirates of Malaysia defending the small villages against the British 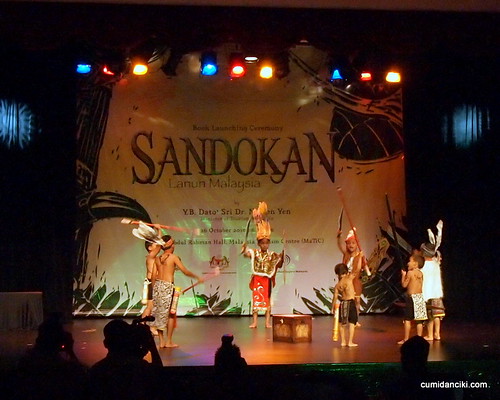 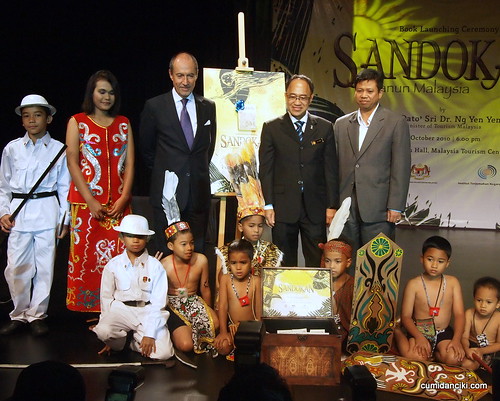 The ceremony to launch the book “Sandokan: Lanun Malaysia” 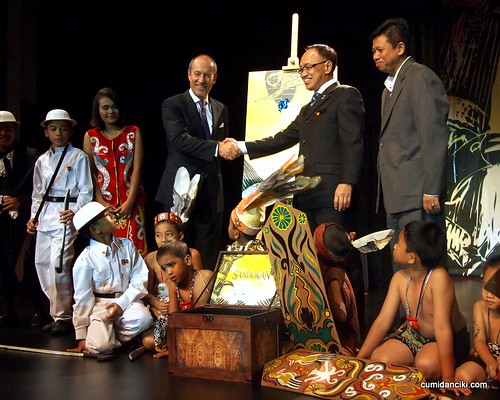 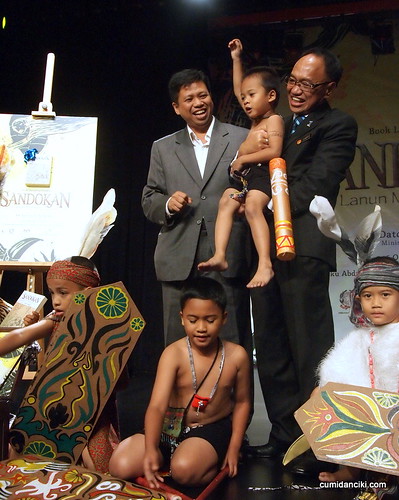 About the Author of Sandokan

Emilio Salgari (1862-1911) was an enormously popular writer of adventure novels and for over a century his books were mandatory reading for generations of youth eager for exotic adventure. Malaysia is the beautiful setting of his most famous works – although Salgari never travelled to this part of the world. Millions of Italians first learnt about Malaysia from Salgari’s vivid accounts. The launch of Salgari’s novels in this country highlights the strong cultural ties and celebrates the thread of commonality between Malaysia and Italy.

Refreshments courtesy of CIAO, before the start of the Italian Film Festival. 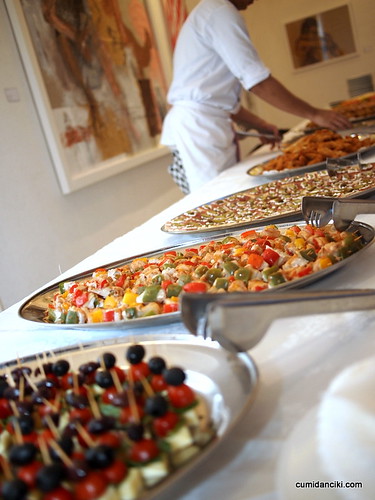 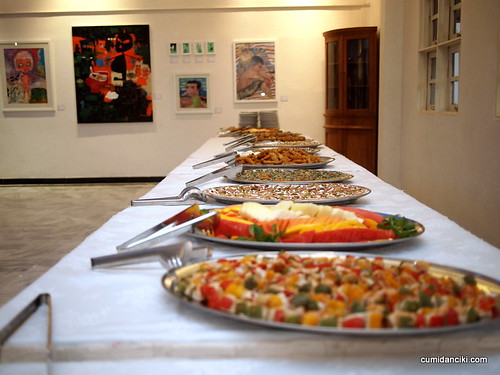 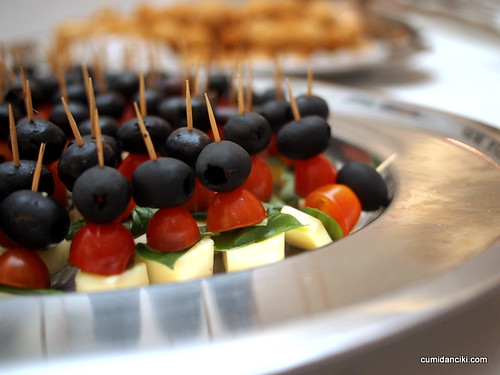 The canapes were delicious, my favourite being the olive, basil and cheese! 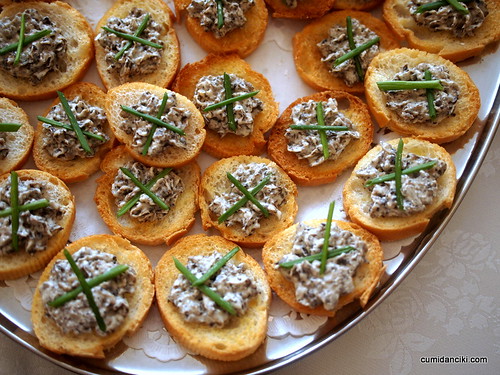 After refreshments, the movie

Bologna, 1954. Taddeo, a young man of 18 whom everyone calls Kid, dreams of becoming one of the regulars of the mythical Margherita Café, located under the portico across from his family’s home. Through a ploy, he manages to get work as the chauffeur for Al, the neighborhood’s most glamorous and mysterious resident. Having been taken under Al’s wing, Taddeo gets to witness the adventures of Bep, who is in love with Marcella the entraineuse; the trials and tribulations of Gian, an aspiring singer and the victim of a horrible practical joke; the crazy behavior of Manuelo, a small-time robber with a sex phobia; the meanness of Zanchi, inventor of the elastic necktie; and the bizarre manias of Sarti, a ballroom dancing champion who wears his tux day and night. And Taddeo’s home life is no less out of the ordinary, considering his mother is being led on by the family physician while his grandfather has fallen head over heels for a well-built piano teacher.

All in all an entertaining film but it could have been better developed. Many of the character’s actions went unexplained and there was no continuity in the storyline that seemed abrupt and rather chopped up. Not the best we have seen in Italian movies but not the worst either. Highly entertaining with a few laughs thrown in at the expense of human weakness and human eccentricities, that will keep you amused long enough to see the end of the movie.

This was a particularly special event because I learned about “Sandokan” the Malaysian pirate.. or Robin Hood if you will, and am pretty proud that this makes up part of my heritage and culture. The book is pretty amazing too and we have ONE FREE copy of the novel to give away, if you can answer this simple question correctly:

The complete Sandokan Series includes five titles. Name just any ONE of these titles and win the free book!

Email you answer to cumidanciki at gmail dot com before the 3rd of November 2010.