Japanese food is always such a joy to eat. I love the presentation of it which is usually neat, clean and precise.

Ramen on the other hand, is the opposite. 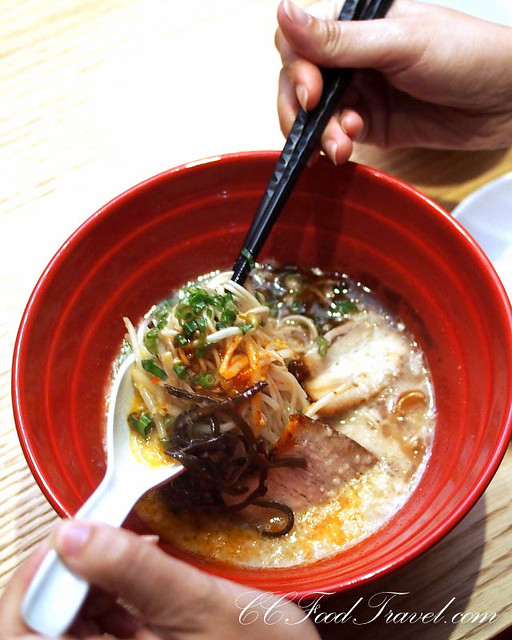 Each bowl of ramen is different – it is unruly, rebellious.. a mess. It is murky, oily and holds a lustful promise of things impure and decadent.

Don’t even think about eating healthy if you are about to dig into a bowl of ramen. 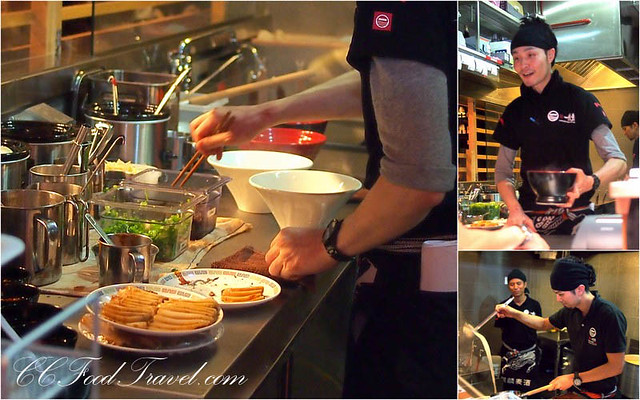 So, here I am at Ippudo, the fabled ramen chain from Fukuoka, that has finally found its way to our shore in Kuala Lumpur. I’d say we are a good 2 years behind Singapore our friendly neighbor and why it has taken this long, I have no idea. I am just glad that the time is here.

In Japan, Ippudo ramen shops are renowned for their tonkotsu broth, which are made from a thick broth made from boiling pork bones, fat, and collagen over high heat for many hours, which suffuses the broth with a hearty pork flavor and a creamy consistency. The Hakata style noodles are thin, delicate and springy. They make a nice change from the thicker ramen noodles that are popular around town as well. 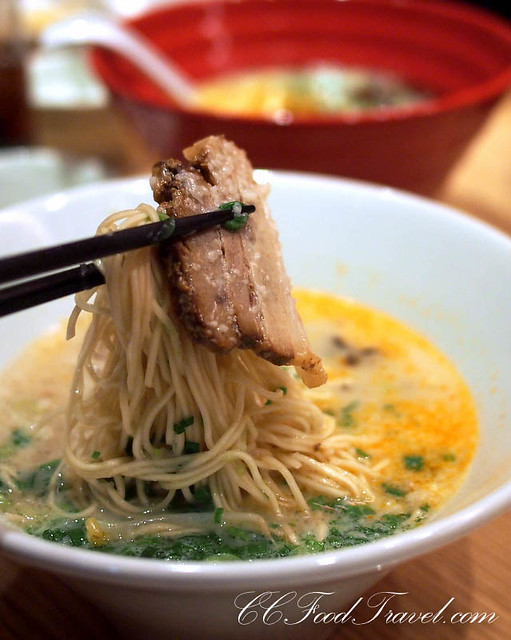 This time however, the noodles fell short of expectations. Something was just missing in the broth. It was salty but lacked that aroma that I was expecting from a superior Tonkotsu broth. 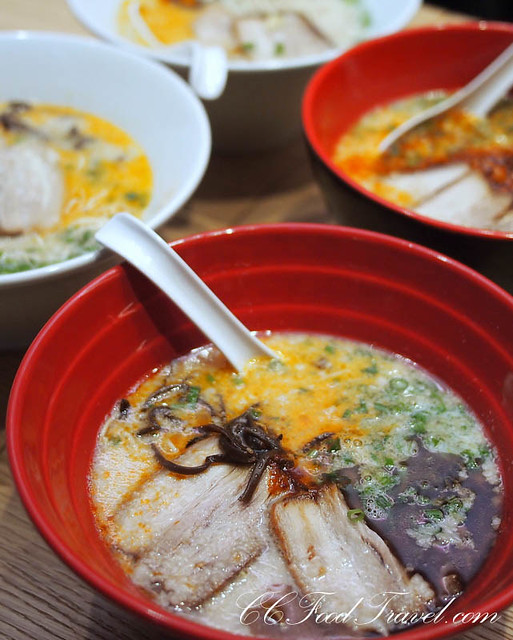 I had the akamaru which should have been thick, creamy and altogether sublime but again, this one was missing that wow factor. We both ordered our noodles “hard” or al dente, but mine arrived soft, which was a bit of a let down as well. 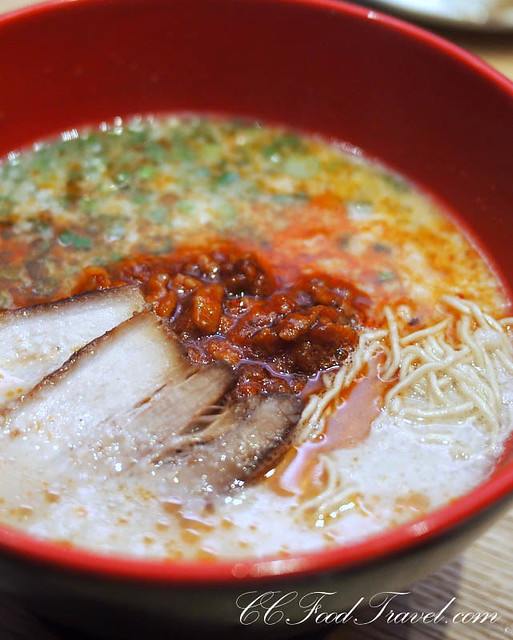 One of our dining companions had the Karaka-men which had a spicy miso paste added to the original broth. Apparently she found the taste of the spicy miso overbearing and not really appetizing.

At least the chashu was a winner. They were meaty, fatty and gloriously melt in your mouth tender. I ate all the pork bits in my ramen without complaint. 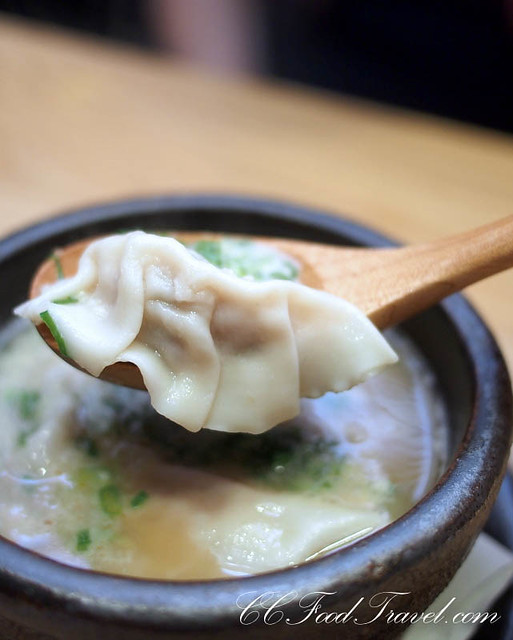 gyoza in a broth

Then came a slew of rather lackluster side dishes such as the gyoza. Hate to nitpick but I actually bit into a bit of cartilage bone in my dumpling. Even the chinese coffee shops can do this one better. A garlic-laced corn, deep-fried with seaweed seasoning had a nice taste, but it came oddly sliced with part of the cob still intact, making it difficult to eat. I really rather prefer my sweet young corn, just as it is, not covered in seasoning. There was a Pork belly cha-shu braised in a steamed bun which was rather tasty but priced at RM7 for just a tiny morsel of a bun, I think I’d spend my money elsewhere. Then came a strange deep fried curry cheese spring roll that tasted as weird as it sounds. Finally, a rather appalling spicy prawn mayo priced at RM15, that was supposed to be battered like tempura, but ended up soggy. The mayonnaise sauce was forgettable, and not my cup of tea. 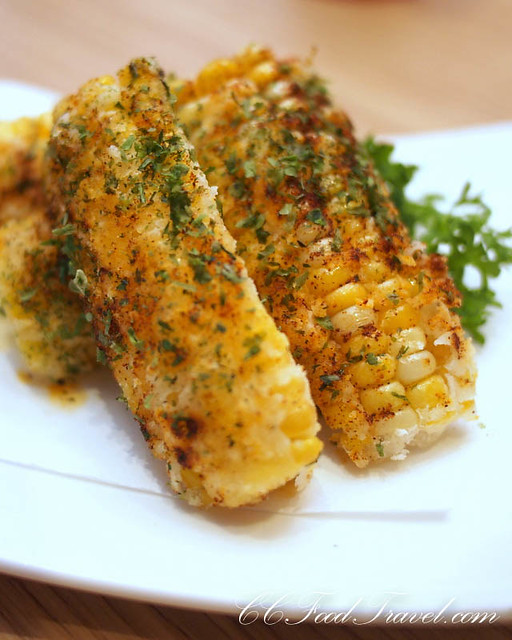 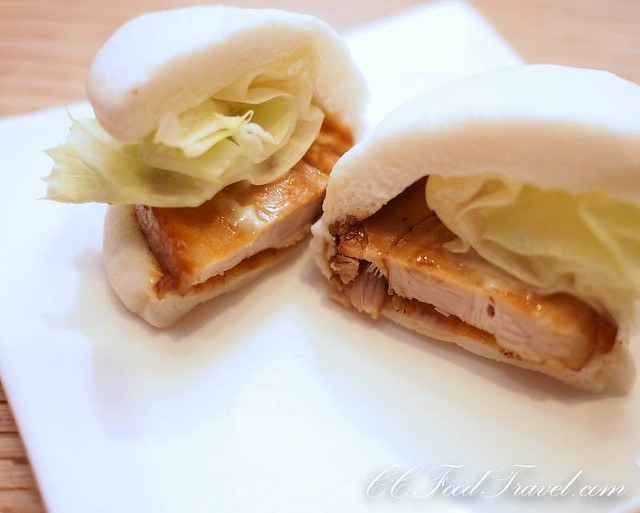 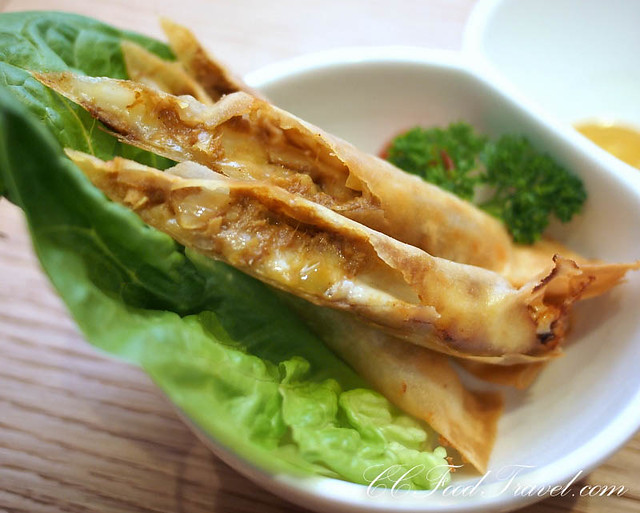 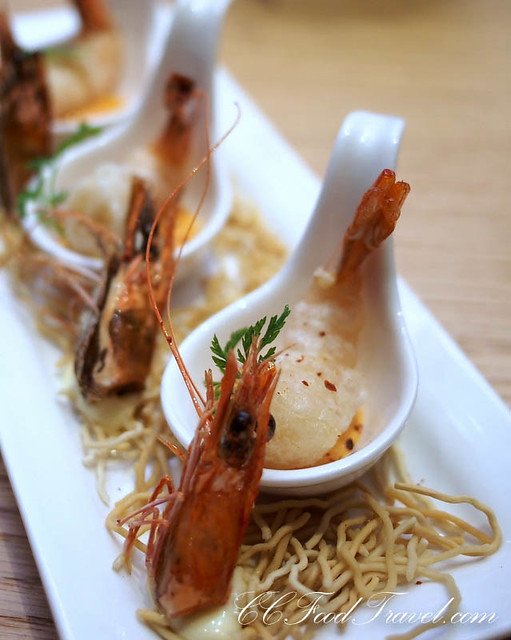 The service however was good. The wait staff where attentive, fast with our orders and asked for our feedback once the meal was over (or maybe they noticed the noodles and soup still left in bowl). They were also well informed on the noodles and managed to answer most of the questions we had to ask. I would say that with the foreseeable turnover and bustle at Ippudo, consistency will clearly be a challenge. Overall, each bowl of ramen averages at least RM30 and above. Be prepared to fork out good money for a meal for two here. 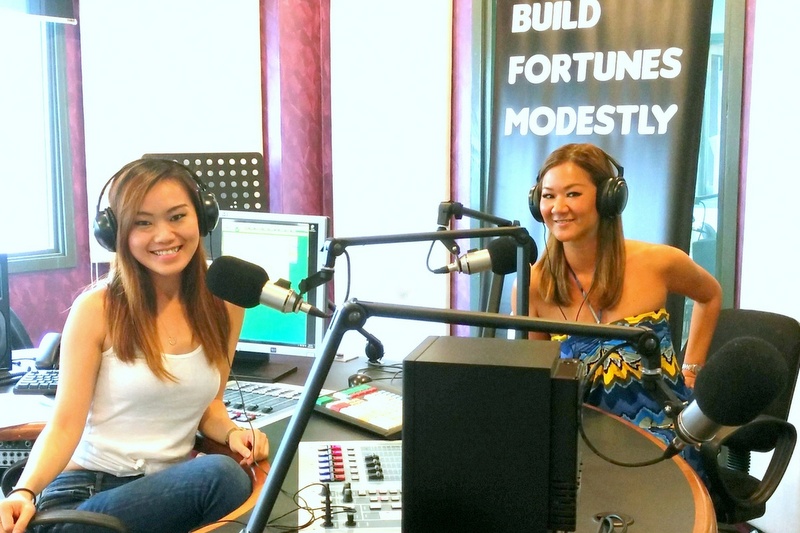 Today, the 20th of June, at 3pm, Wong Wai Hoong breaks the old record of 38 hours to go down in the Malaysian Book…