It wasn’t until I stumbled upon this new restaurant that I knew that Malika or Maliqa, is a title of Arabic origin that is used in Persia for a queen consort.

Maliqa, the latest addition to Plaza Damansara’s strip of restaurants has been doing a brisk business for a mere 3 weeks only. Having said that, their food is exceptionally memorable.

Good Mediterranean restaurants that do outstanding Turkish, Greek and Spanish cuisine, are a rarity in this part of town, and so as fans of Turkish food, when we heard about Maliqa, we were rather eager to visit. 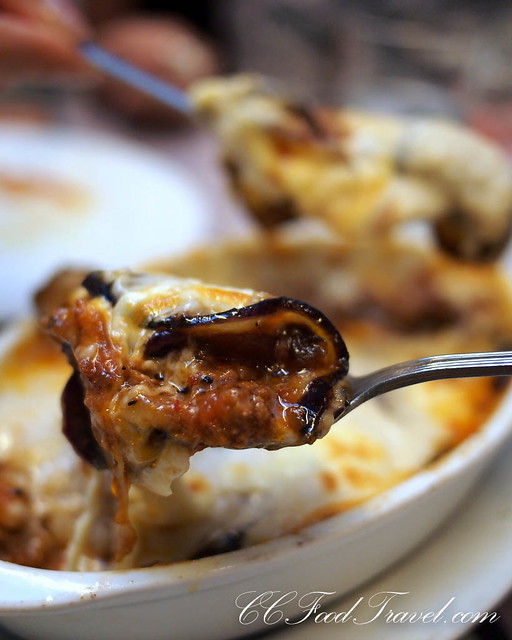 My anticipation was partly rewarded. The convenient location (for PJ folk like me) and unpretentious décor suggested homey, traditional dining and the prices for authentic, decently prepared, unabashedly hearty Turkish/Mediterranean-style cooking were everything a frugal diner could wish for. If you don’t expect any over the top fireworks in the kitchen, you can enjoy an ample and satisfying meal here for sure. 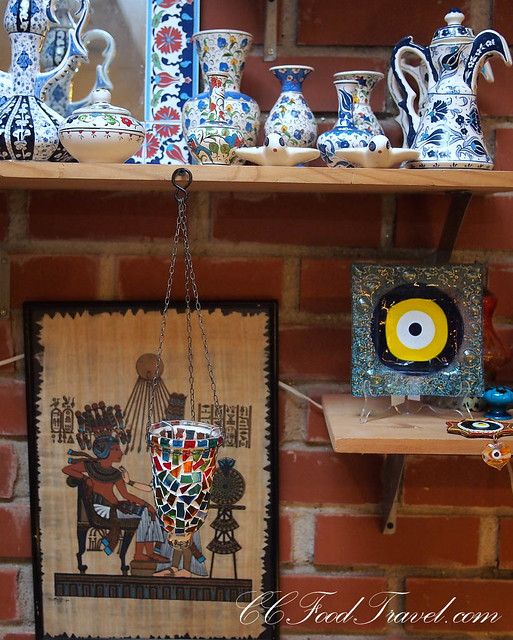 Here is the yogurt soup, and the highlight of my dining at Maliqa, that nearly had me weeping. The name is a mouthful – Pirincli Yoghurt & Corbasi, but what it is, is a thick yoghurt based soup with minced chicken, and bits of long grain rice. Yogurt soup itself is a popular comfort dish both in Turkey and Central Asia. I have a couple of Turkish friends, and I know that the Turks, are obsessed with yogurt – they cook everything in it. Even when ill, inhaling the strong smell of yoghurt soup mixed with mint or tarragon is believed to make them feel better. Anyway, the Yoghurt & Corbasi soup at Maliqa is divine. 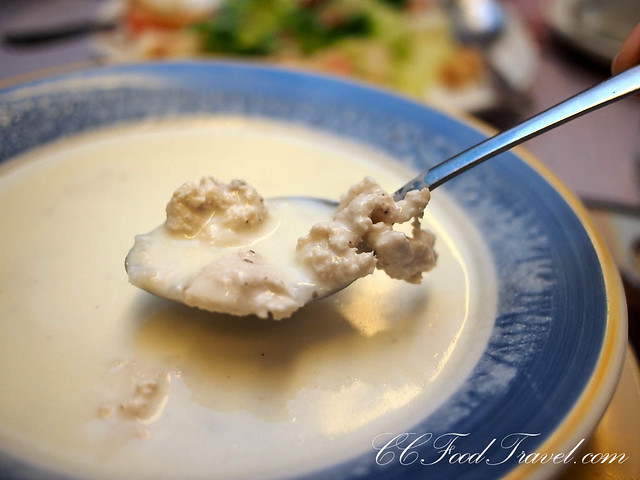 The ingredients are super-healthy, no preservatives here, just fresh yogurt mixed with a combination of rice and minced chicken, garlic, onions and herbs, and typically drizzled with melted butter and red pepper. It has the characteristic sharp yoghurt taste that gives way to a creamy, rich and rounded flavor imparted by the minced chicken and herbs. The slightly starchy consistency of the soup comes from boiling the rice in it that long. It is 100% comfort food. Highly recommended.. if there’s one soup you should order, and mop up with nice hot bread on a stormy night, this would be it. Order the Pirincli Yoghurt & Corbasi! 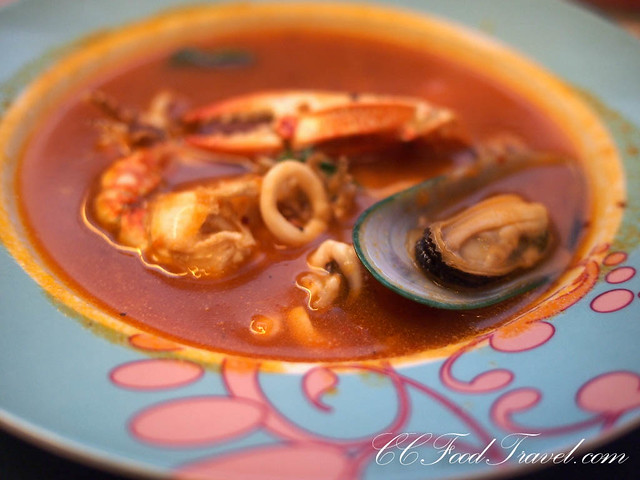 We also had a tomato based seafood soup that was spicy and bursting with flavour. It had all the hallmarks for a good shellfish stew – crabs, prawns, squid and mussels. It helped that the flavours veered Mediterranean, with a base of tomatoes onions, heavy on garlic, onions and spices. Chilli was added for that extra kick and the oceanic flavours of the seafood were certainly to die for. Another winner.

Then came the Turkish Moussaka. 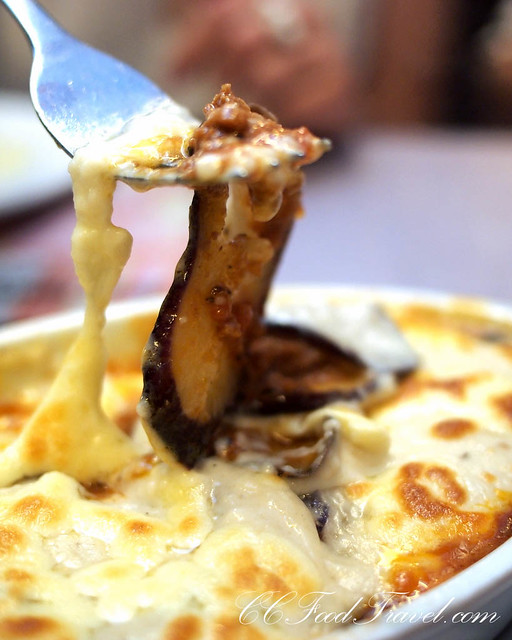 What’s there not to like about Moussaka? Especially one that’s baked just right? The moussaka at Maliqa got sighs of appreciation from all who sat at the table. Juicy eggplant slices soaked in salted water and then fried in plenty of olive oil.. Sautéed ground beef with onion, garlic, cinnamon and a pinch of clove, added to chopped fresh plum tomatoes, and cook until thick and then layered as a casserole dish with meat & eggplant and finally the Chef makes a béchamel according to a traditional recipe, adding kefalotiri cheese and strain out any lumps that you may get in the sauce and then pours it generously over the casserole. This turkish moussaka was baked till bubbling and browned on top then served piping hot to us at the table. So, so good! 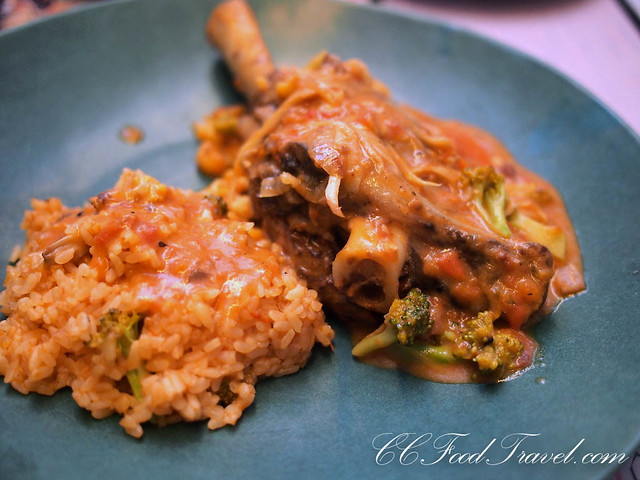 The mains were filling but fairly routine, beginning with a lamb shank, followed by a chicken paella and ending with the pièce de résistance, the Maliqa House Steak. I found the chicken in the paella a little dried out, but the paella rice that was cooked in chicken stock, mushroom and a cream sauce was crazy addictive. Carbo overload to the max! The lamb shank tasted a little gamy for me, but again, it was served on a bed of the most delectable rice and sauce. It is hard to not want to indulge in carbo at Maliqa. 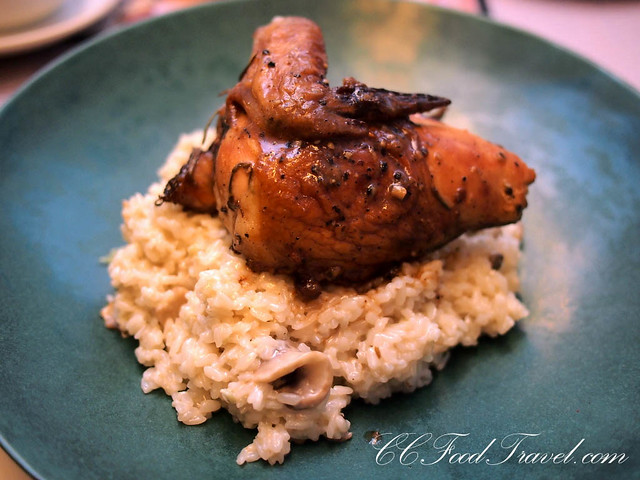 The steak was the best mains for me this night – cooked to a glistening red, “rare”, it was nicely charred on the outside and smothered in a cheese and mushroom sauce. Utterly decadent and super tasty. If Maliqa can keep to this quality, I have no qualms ordering this here again. 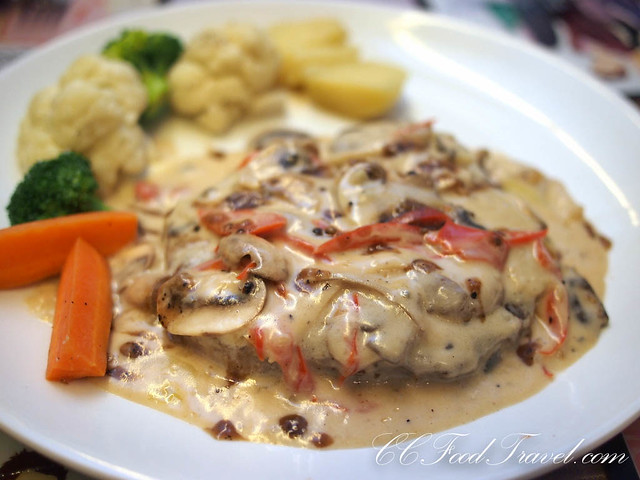 There are several desserts on the menu, all made in-house but we were so stuffed by then, we only just managed to finish the tiramisu and the apple crumble with vanilla ice-cream. At this point the Chef Faizah came out to say hello and to chat for a bit, and then it was time to say good night. 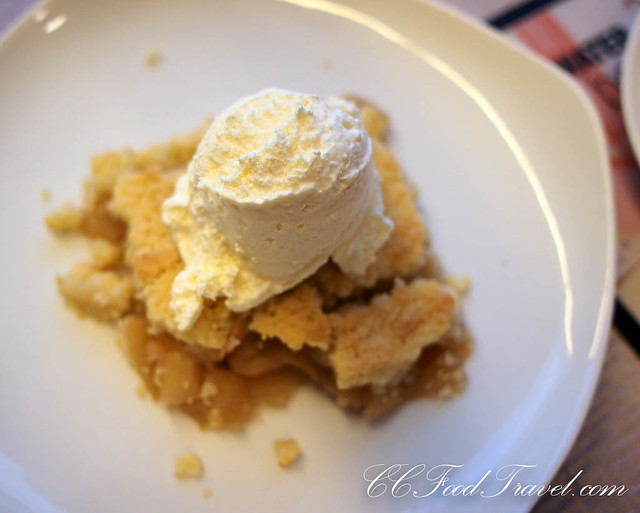 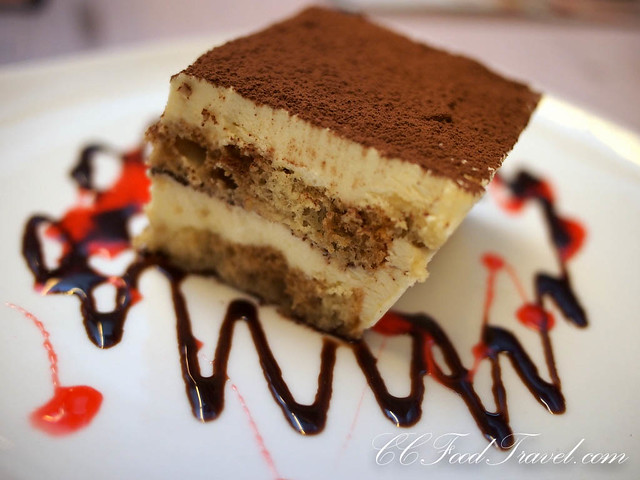 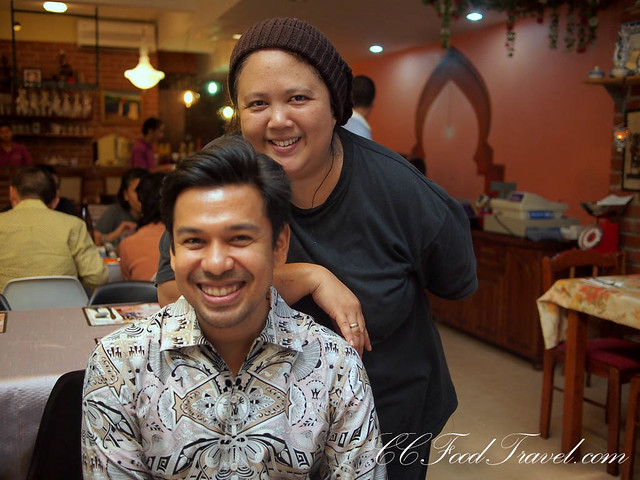 The food is halal but you are allowed to bring in your own alcohol at no extra charge whatsoever. That’s right, no corkage, but you are encouraged to tip the staff if you see fit. Apparently, their upper floor can be used to host parties as well.

A lovely dinner. Maliqa is one of those charming new restaurants in KL worth visiting, asap. 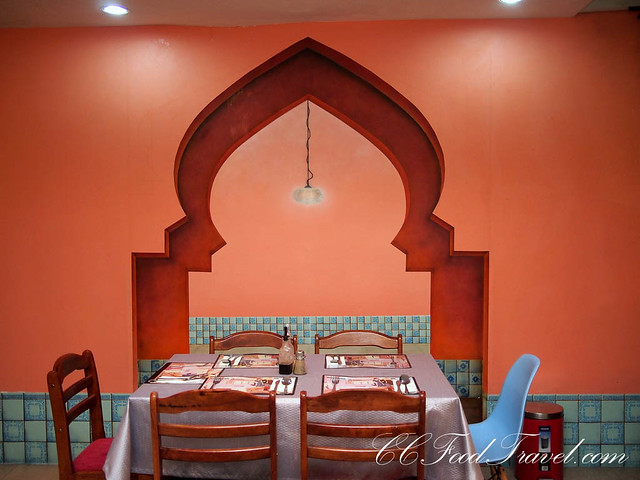 If you are a fan of Korean cuisine, then you will love the promotion that I tried earlier this week at Intercontinental Hotel. The…