There was nothing nuanced about the appetizers that arrived on our table at Favola.

We were told by our hosts, to order a soup and mains.. but had we known they’d out do themselves on the starters, we would have paced ourselves differently.

The beautifully marinated trio of tomatoes, buffalo mozzarella cheese, fresh basil tickled with a balsamic emulsion arrived. We were off to a good start at Favola.

This was followed by grilled jumbo asparagus, poached egg, crispy bresaola, brown butter under a blanket of parmigiano. Next, an aragula salad with soft creamy mozzarella, shaved truffle, pine nuts and beef bacon was etched in extra virgin olive oil, but arranged rather unceremoniously on the plate. And finally a mammoth island of thick slices of deep fried breaded mozzarella sticks served in a sea of sautéed mushrooms and avocado puree completed our entrees. 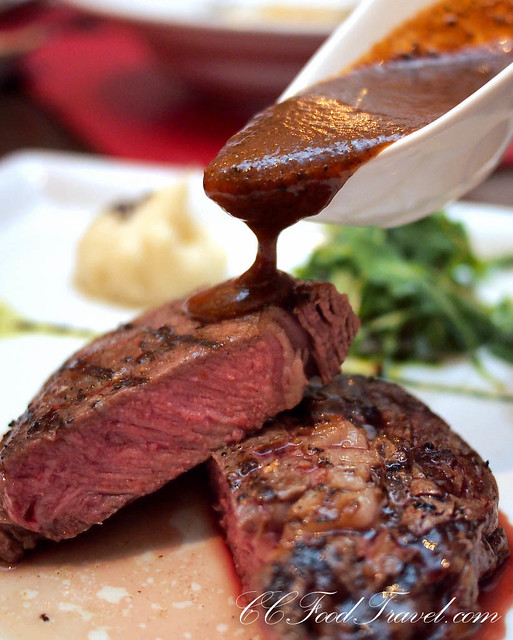 The sexy Black Angus Ribeye Fiorentina.. later you will see this as part of the mains 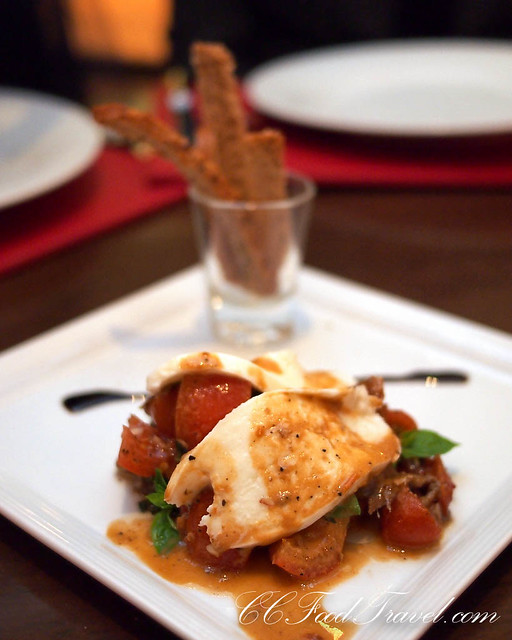 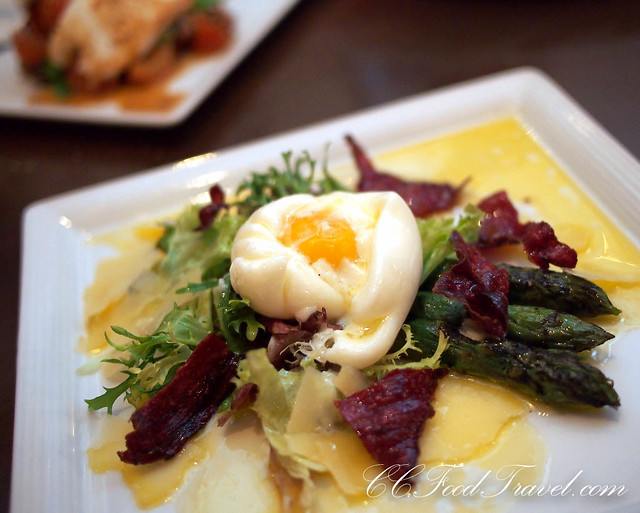 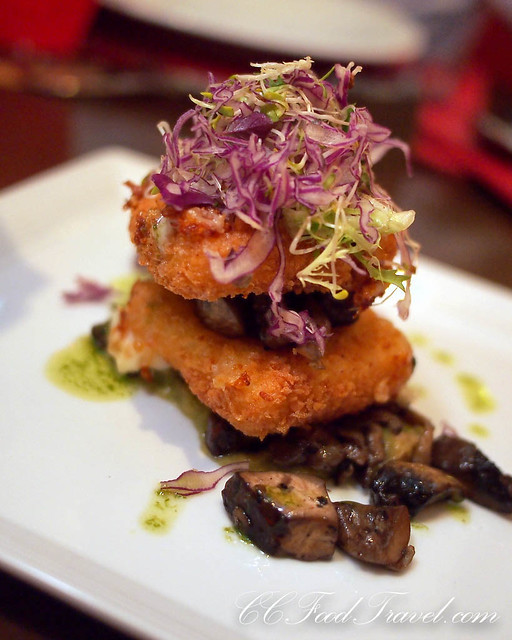 After the starters, the soups arrive. Clam chowder takes many guises.. it can be complicated with bacon or other strong flavors or thickened with flour or loads of cream. But the best clam chowder is a simple affair that has as its flavorful essence the juice of the clams themselves. And as long as you begin with fresh clams, its juice is what counts.. the minced clam meat, which remains tender, becomes a garnish. As for added flavors, onion and garlic are welcome, although only the onion, I think, is essential. Sliced potatoes add body to the soup. And I confess that I like my chowder with a little cream, or at least milk, for a certain added silkiness. Here at Favola, the chowder is rather innovative. Served with a crispy, flaky pastry top, it solicited some oo’s and ah’s from the table. Tasty, and deep in flavours of the sea, it was not as heavy as I would have liked it. A little thin actually for a clam chowder.. perhaps it required more cream. 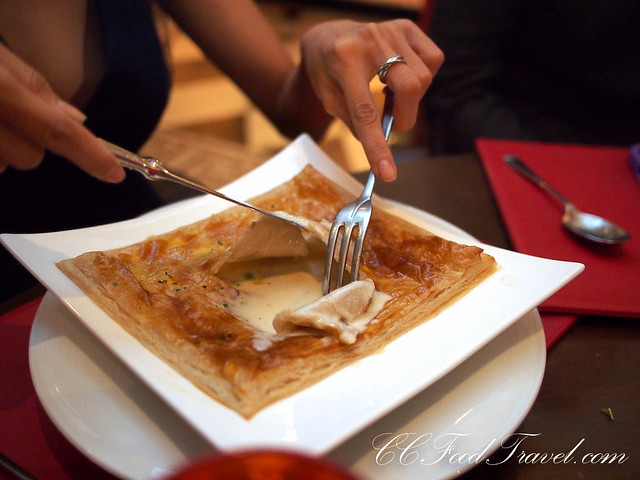 I myself never miss the mushroom soup at Favola. Wild mushroom soup to be exact. The wild mushrooms, made from scratch at Favola is delicious and one of the best in my books. Not salty at all, the flavor is punched up with wild mushrooms, browned onions and what Favola calls, ‘garlic rustic bread’. The soups is amazingly creamy in texture – the soup is puréed, cooked in milk and a garlic cheese crouton tops it off. I think they add a drizzle of crème fraîche which makes this soup ultra rich.. in a good way. 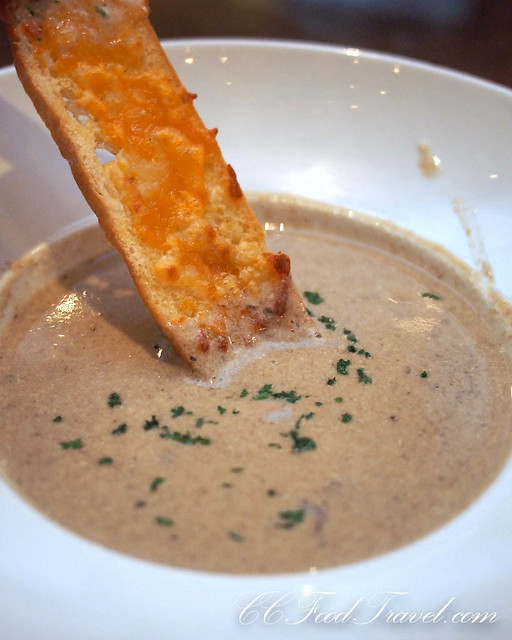 I am already half full and warm from the afterglow of my soup. Then I notice a huge, glistening plate of something red, headed my way. I see rich bits of pink lobster meat slathered in a creamy spiced tomato sauce, lemon chermoula and coated with buffalo mozzarella, all cut into manageable pieces and placed back into the shell of the lobster. If there’s one thing I hate, is having to de-shell my lobster myself. 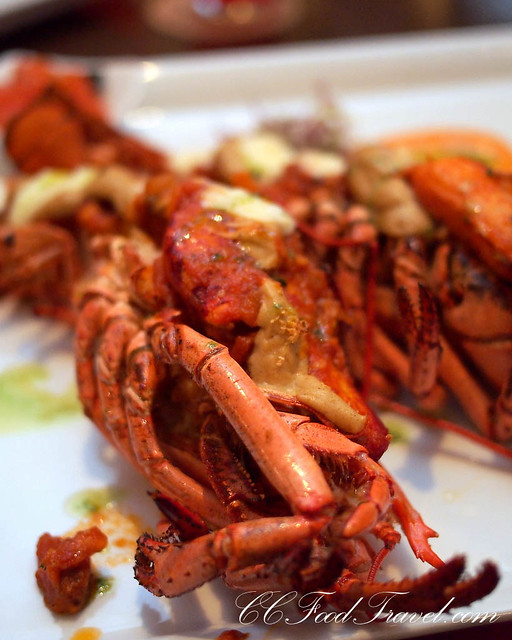 the handsome Boston Lobster , RM 120 for half, RM230 for the entire damn thing

It’s such a pleasure to dine on lobster that’s already been cut up for you. I taste a slice of the white, plump, marvelous broiled lobster, mottled with charred bits, and dripping in its own juices. And finally, I think back to a sauté of lobster with lobster mushrooms that I had at a friend’s house, the dense, meaty texture of the mushrooms echoing that of the shellfish.. and I think to myself, this has got to be, the second most tasty boston lobster I’ve had, all my life. Not being dramatic, but, just saying. 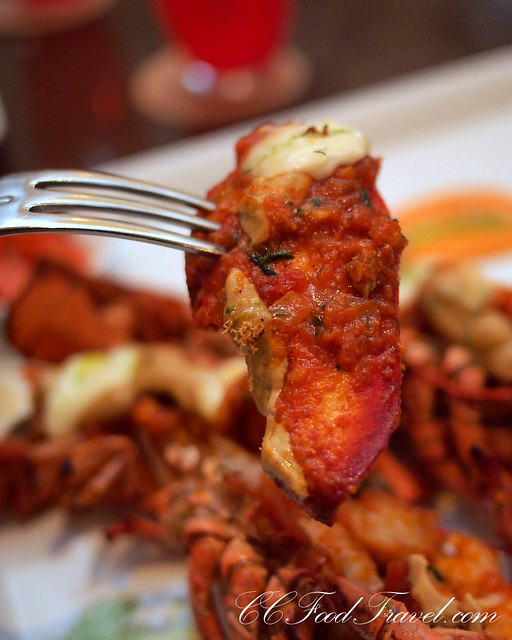 As stated on the menu, all steaks are hand-selected, prime Angus beef, that comes exactly to the done-ness you request for. One of our dinner companions ordered it “blue” and they sent it, only lightly charred on the outside, and like beef sashimi on the inside. Just shy of raw – that’s blue. Apparently it was perfect for her. 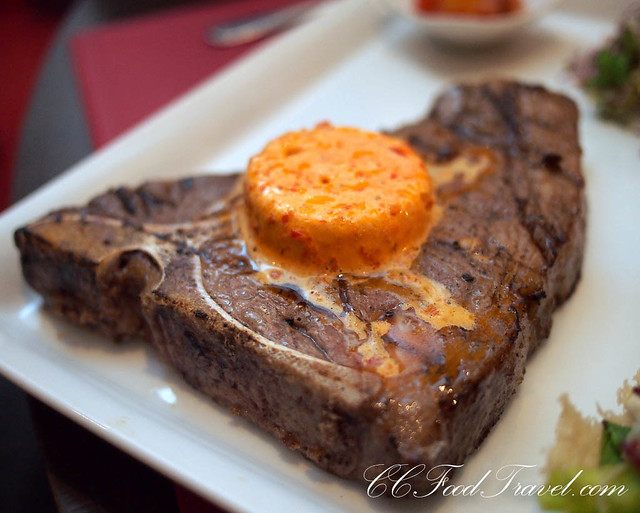 The Black Angus Ribeye Fiorentina served with grilled lemon halves, a dash of balsamic vinegar and sea salt, made a delicious cut with just the right amount of charred fat for added flavor. Equally meaty were the T-bone steak cuts, cooked medium-rare as requested and dripping in pimiento butter. Cooked to pale pink perfection, it was hard to fault. To keep these enormous hunks of beef company, truffle mash (supremely addictive and decadent) and grilled vegetables in lemon butter, as comforting as nursery food gets, were served. 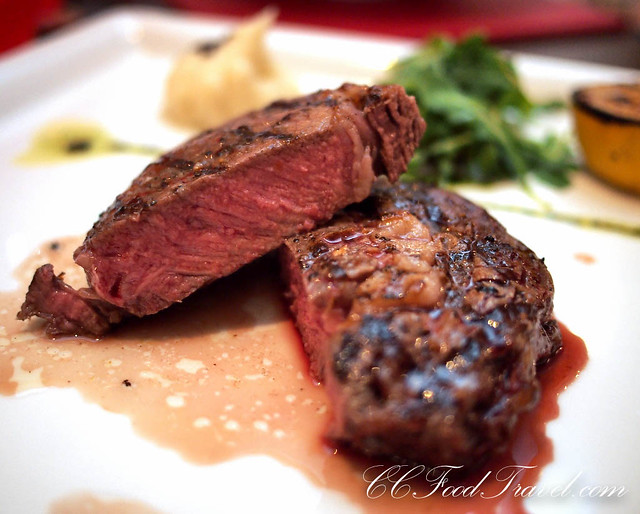 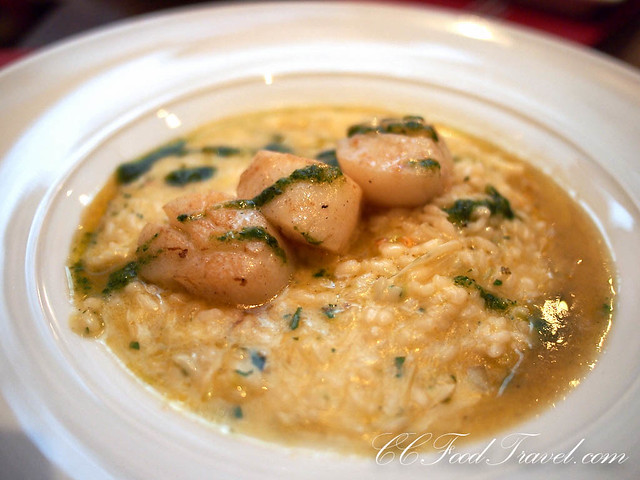 The pasta and risotto dishes were ordered by my dinner companions, so I didn’t get to try them but I have had Favola’s pastas on many separate occasion and of course they are generally cooked al dente and tasty as hell. 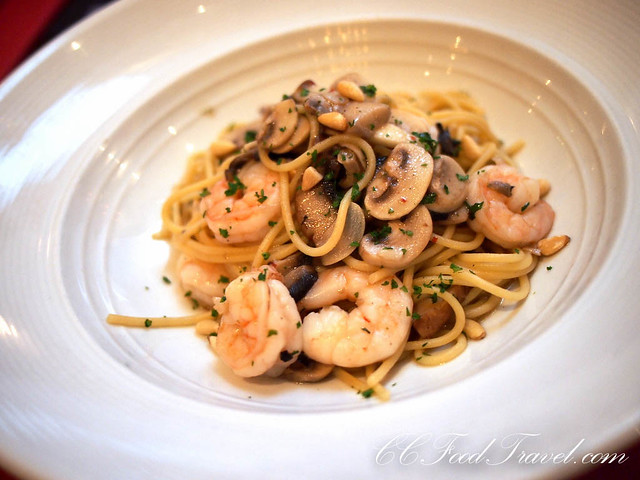 Several desserts at Favola are more elaborate than the rest of the menu. But if you decide that less is more, you might opt for a heady shot of grappa or a cooling raspberry and coconut gelato; both are delicious and, like all the desserts, house-made. 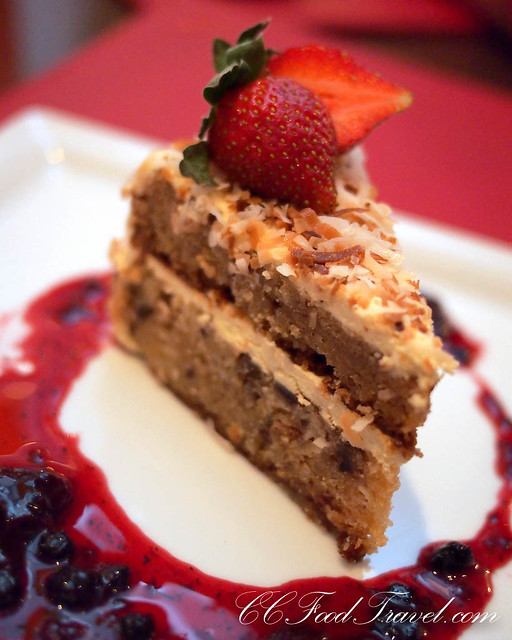 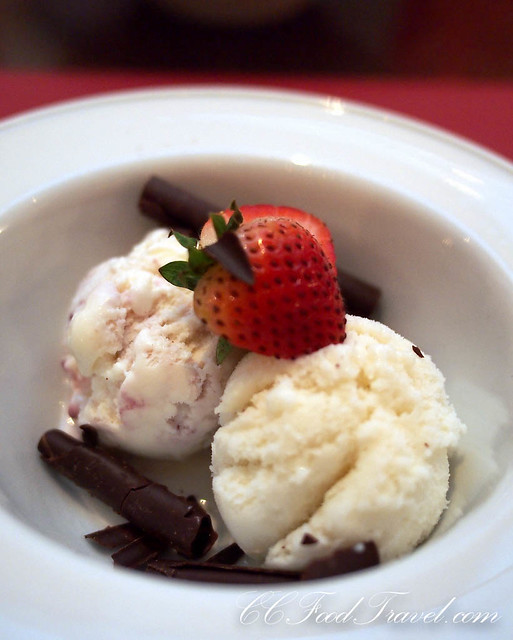 All in all Favola is a terrific place not only for traditional Italian, but for Steaks and Lobster as well! We were pleasantly surprised that the steaks match those of Prime. We will be back for more for sure.

Moghul Mahal is pronounced Moghul Meh-hel  and it means, Moghul Palace. how grand! Good After Noon is a greeting offered, when one walks in for lunch…