So soon after writing this post, on 5 Sarawak Noodles Stalls in KL we cannot do without, a nice, kind reader left a comment on our blog asking.. What about Kampua Mee? 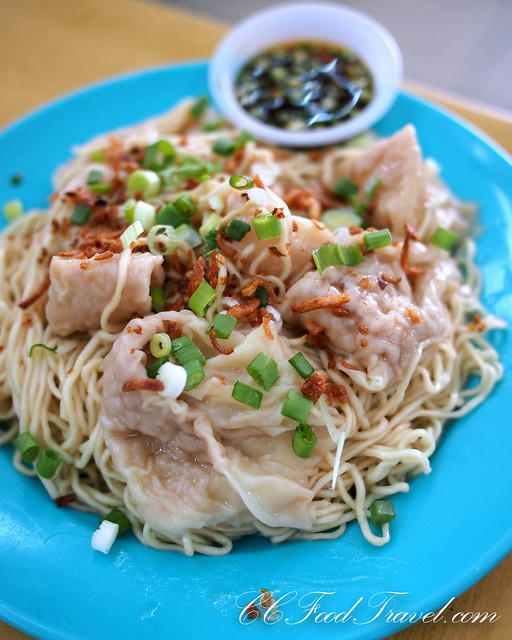 If you’ve heard of Sarawak noodles, then you will know that the popular dishes in KL are the Kolo Mee, the Sarawak Laksa and the lovely crimson Tomato Noodles. Kampua mee itself is less well-known variety, but pretty much synonymous with the Foochows of Sarawak, just as how Kolo mee is synonymous with folks who hail from Kuching. So, the geographical distribution of the Kampua mee is normally found in “Foochow” towns such as Sibu, Bintulu and to some extent Miri and Sarikei. Since its heightened popularity, Kampua Noodle stalls are found outside of Sarawak as well, for example, here in KL. You just need to know, where to look.

The main difference is really how the noodle looks (less wriggly than the kolo mee) and also the types of seasonings used in the preparation of that bowl of mee. Some argue that the texture is different too – Kampua mee is generally cooked softer than Kolo Mee. Also, tons of lard is used in the preparation of the dish- even more so than in Kolo Mee. That, and shallot oil.

Anyway back to the story. After reading our post on 5 Sarawak Noodles Stalls in KL we cannot do without, Darren (a commentator) soon left us directions to Strawberry Cafe, Jalan Puteri 2/2, Bandar Puteri Puchong and told us that the landmark was the corner lot, behind Hotel Sri Puchong & Station One Kopitiam. When we arrived at the coffee shop we realised that we had eaten there before, several times, but actually forgot about that Kampua mee. So thanks to Darren, we were now back to get our fix and to give Darren a real kick out of reading this post;)

Here is what we thought of Darren’s favourite Kampua Mee Stall in Puchong. 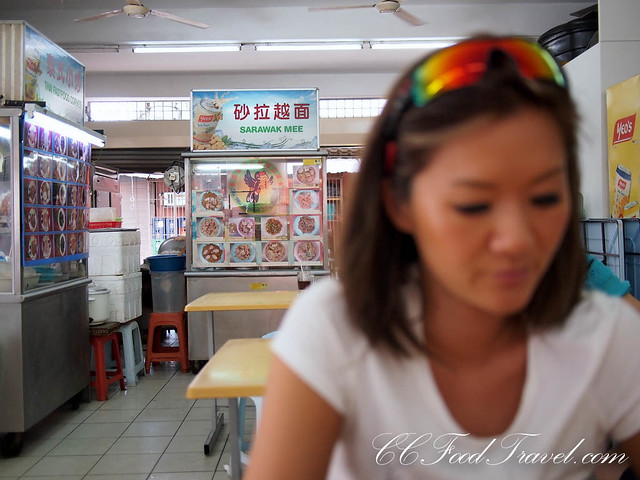 Ciki looks hungry.. the stall is calling to Ciki… 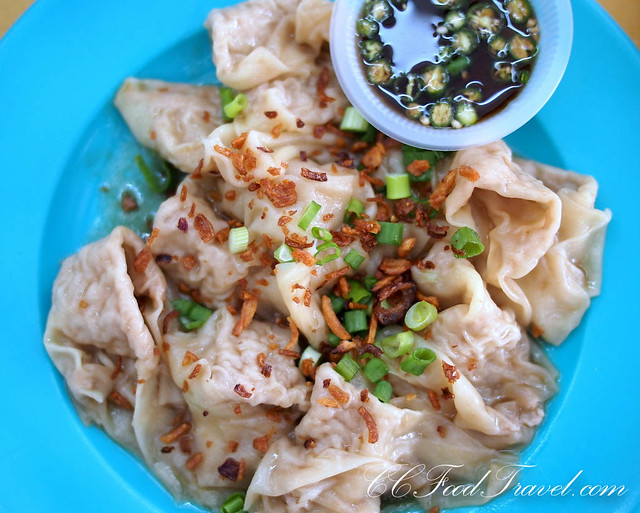 Kampua mee is not all this stall has to offer..

They also do a dry wantan mee dish that’s famous in Sarawak. At first glance, this looks like your average plate of wantan. 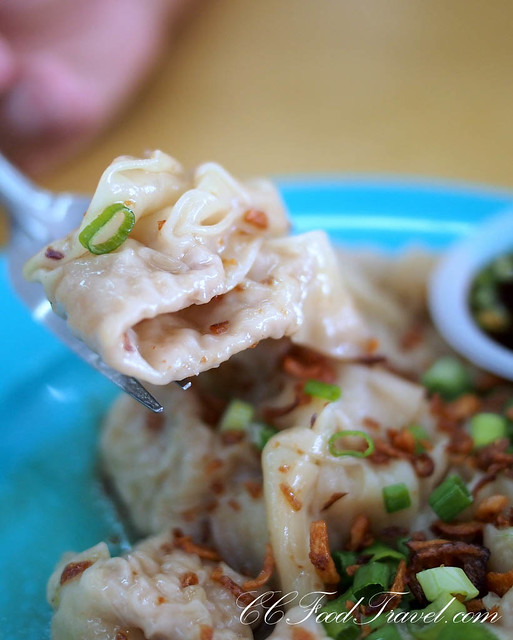 But if you pierce one with your fork and lift it, you will notice, that it’s actually flat (I feel like I am watching that film on the National Geographic channel where they demonsrate all sorts of optical illusions). 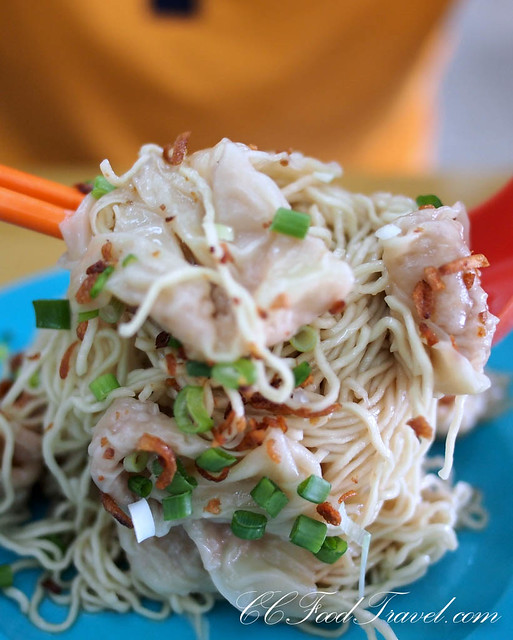 Apparently the Foochows love their noodles done their way.. i.e. with plenty of lard. The noodle is also generally done “softer” than the famous kolo mee of Kuching. Authentic Kampua mee has only one garnishing which is thinly sliced pork, not necessarily char siew (roasted pork) but rather slices of lean pork boiled and then coated with a savoury red sauce to make it look like char siew.

However, in KL, you do get different version of this Kampua Mee. Take for example our plate of Kampua – the stall had run out of pork slices or charsiew for that day, and so we had to make do with more flat wantan. I guess business has been good this week. Sometimes, the plain version comes with a few slices of barbecued pork, with the option to add fish balls, pork liver and/or meat balls. The reason why Kampua mee these days, falls short of the fabulous flavour of yesteryear, is because people are more concerned about their health , so not many cooks use as much lard. Kampua , can be served plain or with dark soya sauce or with dark soya sauce plus chili sauce or just with chili sauce . 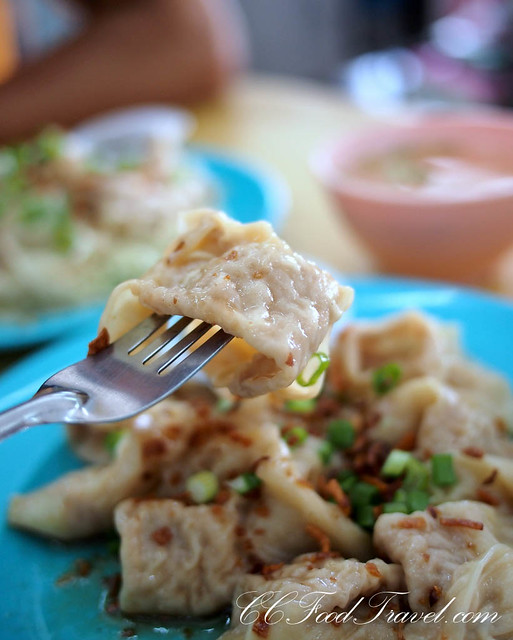 This flat wantan is called “pian sip” , and it is different from your regular wanton because the skin that is used is thinner and more slippery. And this is why the wantan is so flat – because you cannot actually put so many ingredients in it. Once you take a bit, you will feel how slippery it is.. it is easy to accidentally swallow it without chewing. A rather interesting dish I must say. This comes served in clear sauce or dark sauce. 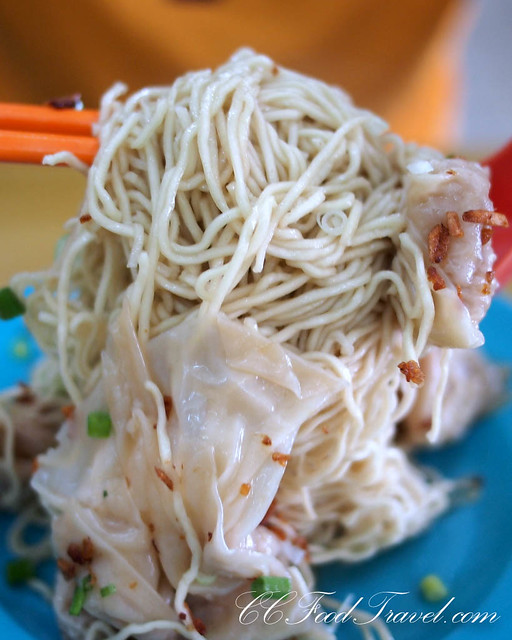 Tossing reveals the noodles below 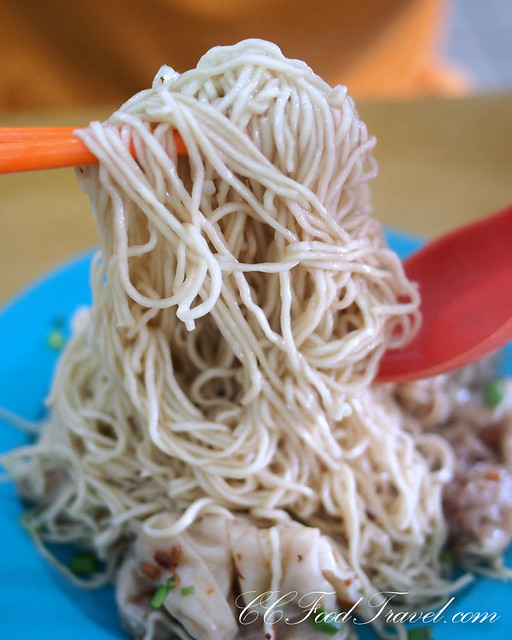 From the photo you can tell that the Kampua noodles is actually less wriggly than the kolo mee noodles. The texture is softer but still incredibly tasty due to the amount of lard in the noodles.

According to Sarawak locals, the secret to a good plate of Kampua lies in the water used to blanch the noodles – it must be changed often to get rid of the starch leaching from the noodles. The tossing of the noodles is also important, as they must be well-coated with lard and oil. 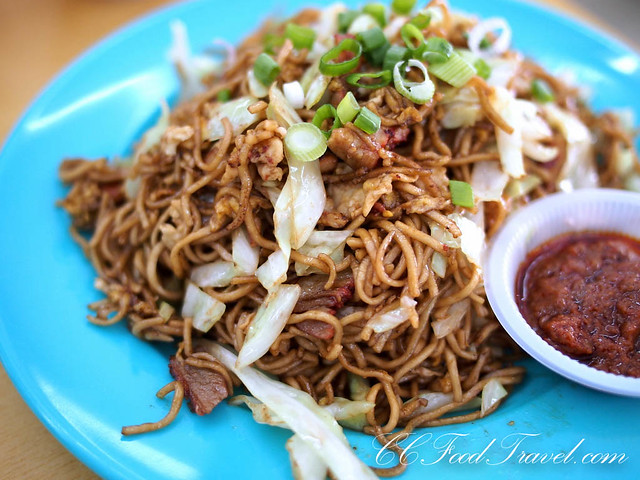 Here’s the fried Kampua Mee. Supremely delicious, tons of wok-hei and so good that we will definitely be back for more. I’m still bummed out that I didn’t get to try the thin pork slices or the charsiew or whatever it is that they use in this stall.. that’s like a must right?! No worries.. we’ll have it the next time we visit Strawberry Cafe.

Anyway a big thank you to Darren for jogging the memory.. and to my friend Annie, who is from Sarawak and who helped me with my research of this post. We hope all the readers enjoyed reading it.. just as much as we did, writing it!

If you get the shakes looking at our pix, pls spare a moment to LIKE our FB, thx!

Cocktails at Hyde @ 53M it said. But first, I would have to find the place. Again, the GPS is always my trusty companion…