There are some trips that just stick in your head, more vividly than others.

“We do not serve vegetarian-friendly items here..” says the menu at Momofuku Ssäm Bar, New York.

Ah.. Momofuku. You should hope to bet your bottom dollar, that any dish that bears that “huge” name behind it, would at least have the knack of being big, addictive carnivorous flavour combinations that get under your skin.

Or so you hope. 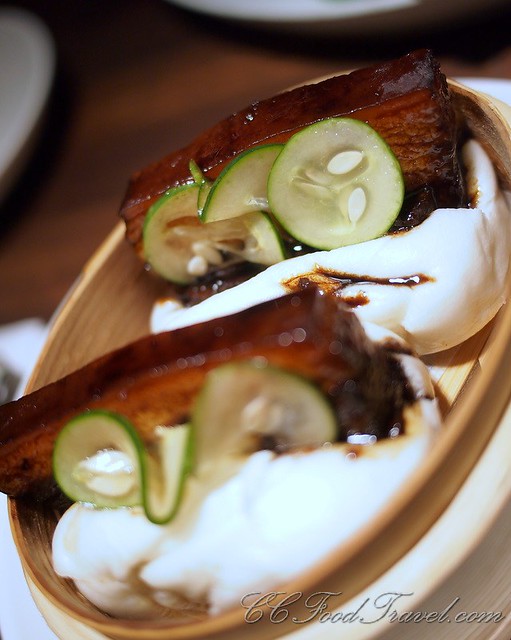 We look at the S.wine deli menu, and we get outrageously excited about the item that reads “Momofuku Inspired Pork Buns” simply because, of what that one word, Momofuku, represents. What do the likes of Mario Batali and the great British chef Fergus Henderson, the gifted Asian chef David Chang of Momofuku have in common? Give up? They all happen to be card-carrying members of the Refined Meathead school of cooking. i.e. they all have an intense fondness for pork products and I am, of course, expecting to be transported to a heavenly realm of porkworshipfullness, when I see Momofuku printed in bold across the dish I am about to order.

The dish arrives and it looks great. We sink out teeth into the “Momofuku Inspired Pork Buns”and feel.. and feel, less than inspired. The pork wasn’t flavourful enough, nor had it been braised long enough. Not what we had expected at all. 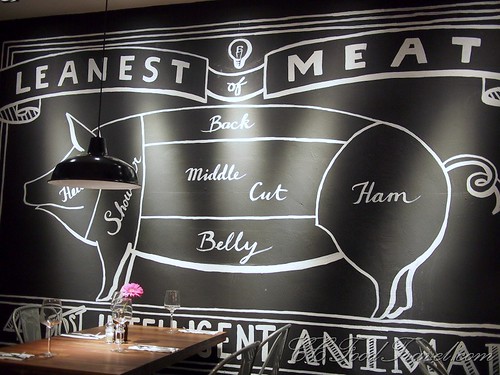 Not breaking a sweat, we settle down for more swine. 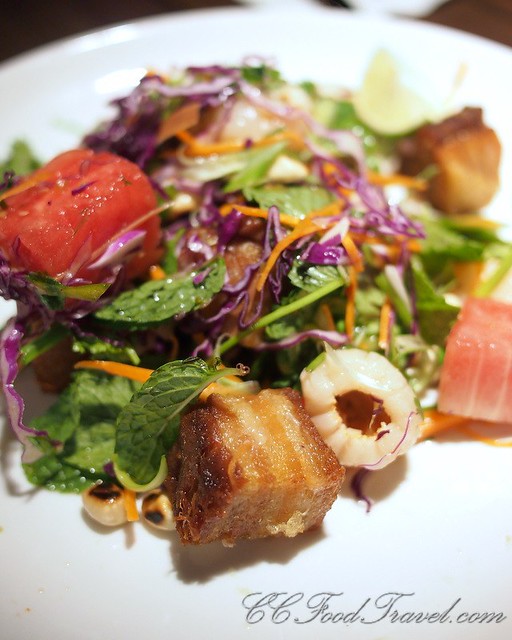 A terrific porcine salad – if there is one salad to order on the menu, this would be it. The pork confit was insanely decadent, melt in your mouth creamy, and oozing with flavour. Please do yourselves a favour and order this. 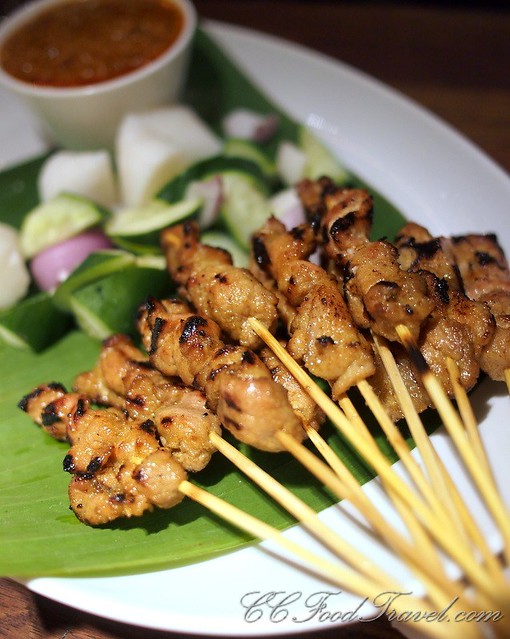 Pork satay – if not for the peanut sauce, tasteless and boring. Don’t order this. It had hardly any aroma of a marinade on it. Unless you’re serving super-sonic iberico pork satay, for pete’s sake, put some herbs on it. 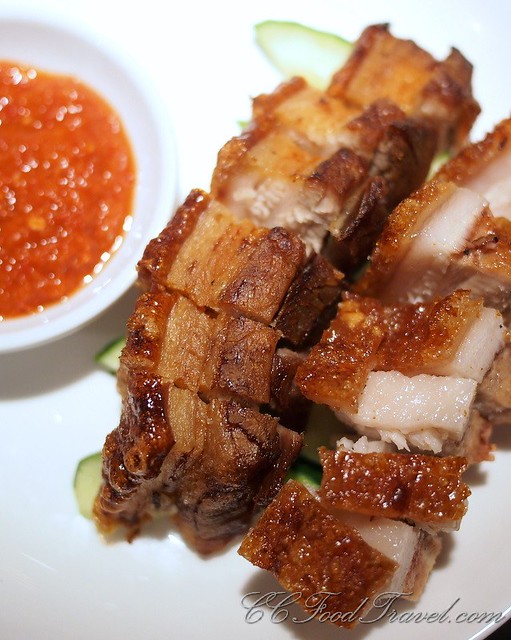 Tasty and fatty enough but the crackling was hard. Some say, that this is the Angmoh (western) version of siew-yoke, so don’t expect the skin to be crispy, but rather chewy and hard. Hmmmm, for RM20 for this portion of siew-yoke, I would bloody well expect it to not only be crispy and crunchy, but I’d expect this siew-yoke to sing and dance, and throw in a raunchy burlesque number as well. Not up to par. 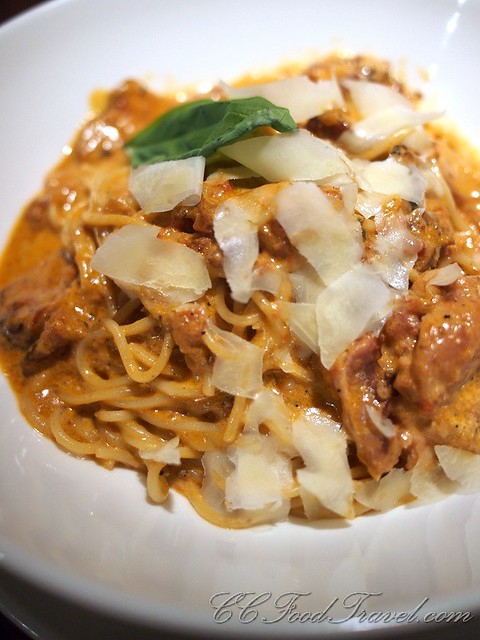 This pasta was just OK for me. For RM24, they were generous with the portion of spaghetti, and the massive chunks of pork sausages were delicious, but the tomato capsicum concasse with cream was rather heavy going. If you have the luxury of taking a long nap after this meal, then go for it! 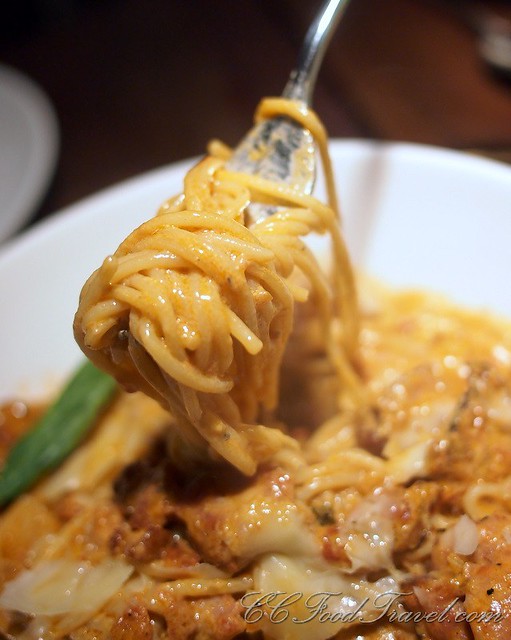 Some of the dishes we wanted to try that day, were not available for ordering. The Manager told us that these pork dishes had not met with Ben’s stringent approval yet. This really peaked our curiosity. We will definitely be back for more porky delights – we merely scratched the surface at S.wine Deli today. 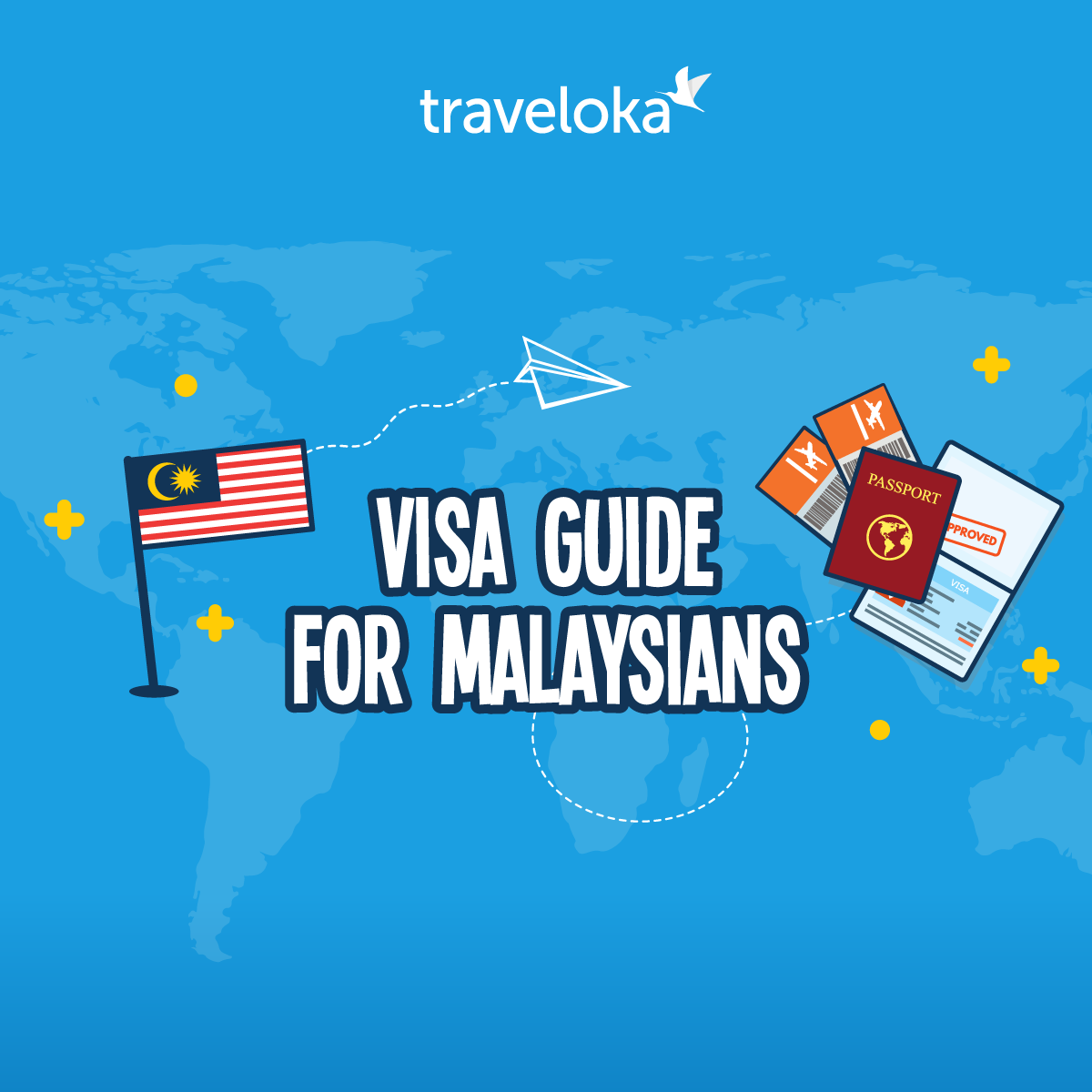 Chef Choi. One of the last bastions of culinary brilliance is moving. This would be our final get together and meal as Chef Choi…