The capital city of the Philippines has often been overlooked in favour of its more sun-soaked beach destinations. Gorgeous as they are, there is still much to be said for the urban heart of the country, and its many-flavoured districts. Diversity here is key. With six legislative districts and sixteen geographical districts, this is a city of many faces. And with cheap flights to Manila available – several low budget airlines service the city airport – there’s no reason not to sample some Philippine culture at its vibrant best, here in its bustling capital city. There’s a reason why the city was once nicknamed ‘The Pearl of the Orient’, and the time has come to reclaim that title. 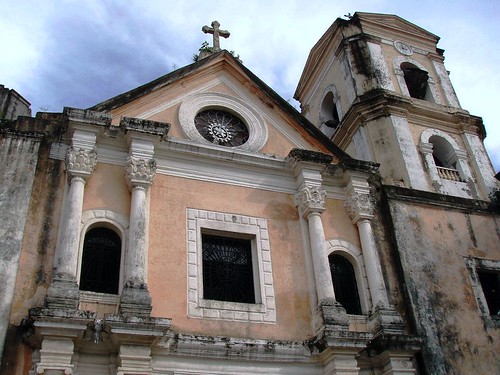 One of the very first recommendations for any traveller visiting the city is a trip to Intramuros. Literally meaning ‘between the walls’, this fortified part of the city now lies in ruins, but gives a glimpse of the Spanish colonial capital of the Philippines as it would have looked in the 16th century, as well as a reminder of the impact of war – the district was heavily bombed during the Second World War. A highlight here is San Agustin Church. There is a small entrance fee, but it is worth the intricate designs on the inside of the chapel, with impressive murals adorning the high ceilings. This is also the first of the reminders that Manila is a hotpot of culture, with Malay, Spanish, American, Chinese and Arabic influences colouring the city and shaping its architecture.

Another historical site of interest within Intramuros is Fort Santiago. Built as a fortress at the beginning of the 17th century, the main entrance gate gives an impression of the grandeur and importance of the age, and of Manila’s role in the country’s history. Built for the Spanish conquistador Miguel López de Legazpi, the fort features his final footsteps to the place of his execution, preserved in bronze on the floor. But perhaps most interesting is the on-site Rizal Museum, dedicated to the man regarded by the state as a national hero and a forerunner in the movement for reform in the colonial age.

For a more modern dose of Manila and the Philippines at their finest, look no further than the Manila Contemporary. This sleek, modern museum sits inside the Whitespace building and runs on a roster of twelve exhibitions in the main ground floor space per year, featuring eminent as well as up-and-coming Philippine and Southeast Asian artists, as well as smaller exhibitions and collections in the upstairs space.

And you can’t come to Manila without sampling the local fare. The food here is a mix of Hispanic and Asian influences. Meat-heavy dishes are offset with tapas-style vegetable hors-d’oeuvres and flavoured soups, whilst seafood remains a staple. Try wandering down to Binondo, the city’s own Chinatown, for some of the more Asian inspired cuisine. If you’re feeling peckish and prickly with heat during the day, then look out for stalls serving halo-halo. Made with ice shavings and evaporated milk, this refreshing dessert-drink is mixed either with sweet red soy beans, various fruits, sweet leche, syrups, or cocoa and is topped with ube ice cream. 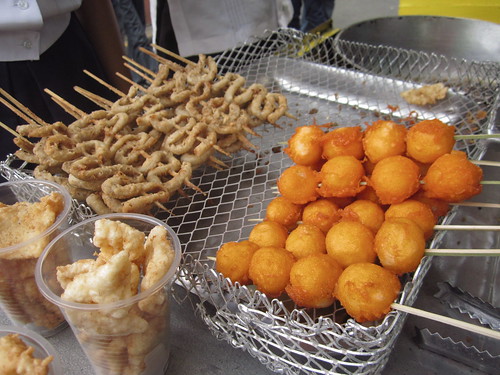 If there is one place i never EVER miss when in KK… it is THIS!!!! And.. its located, opposite THIS ( a massive, massive…