My 5 days in Grenada were an unrelenting procession of great meals. Considering the fact that I was on a culinary tour, sponsored by Tourism Grenada, that came as no surprise… but damn, I ate some good food! I sampled the island’s best food from hole-in-the-wall restaurants revered by locals, to outdoor markets, beach front burger shacks and luxury 7 course affairs. My food was typified by the abundance of local delicacies whether presented simply or with more bravado. Here is a taste of the type of cuisine that will collide with your thankful taste buds in Grenada! 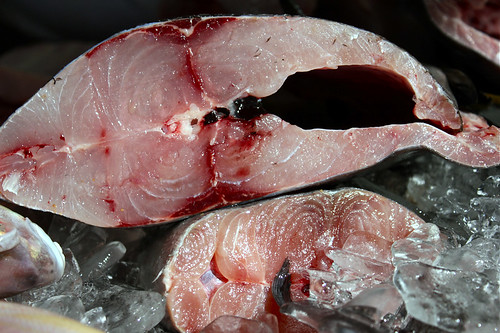 Well, what can I tell you, it’s an island, so therefore – fish galore! I had a red snapper ratatouille at BB’s Crabback that made my day and required an immediate nap (snapper napper?). The Conch ceviche at the Dodgy Dock was so fresh, I was sorry to see the empty plate leave. 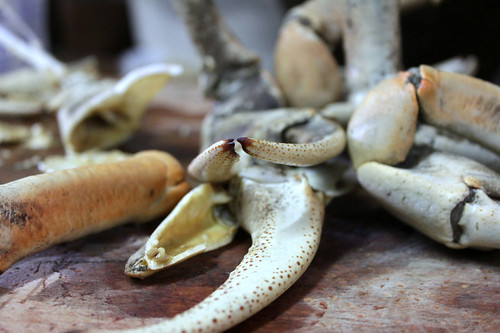 Later, I had an ahi trio ( tartar, roulade, fritter ) at Oliver’s at Spice Island Beach Resort that gave me a genuine moment of pause. It is easy to pause when you are siting feet from the sand of Grand Anse beach, a cartwheel’s distance from the surf. From the beach shack guzzling brew and munching calamari, to great wine paired meals, I was actually dining in a most idyllic location – where the water meets the land. The place where after a good belch you can wade out in to the eternal surf, and feel like life, does not get better than this. 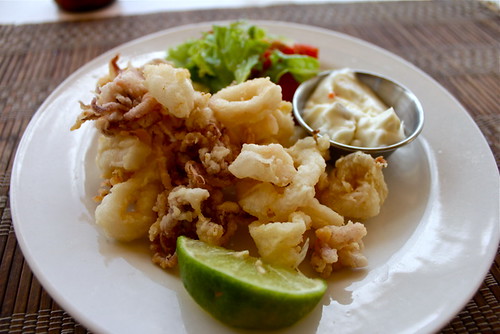 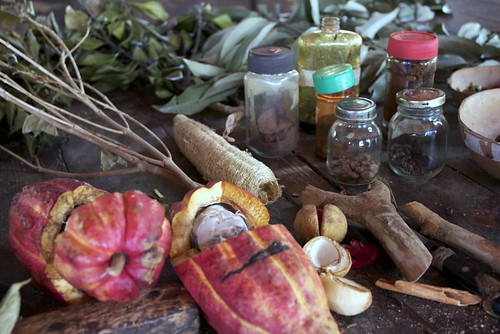 spice up your life, with spices!

Nutmeg was everywhere! Nutmeg fruit, nutmeg oil.. heck, nutmeg pancakes with nutmeg syrup. I couldn’t resist bringing home some raw nutmeg as well as some banana nutmeg ketchup. Nutmeg has some wicked cool medicinal properties (read about it here) and Grenada exports it in heaps.

Cinnamon, cacao, ginger, bay leaves, pimento, turmeric, cloves – everything that sprouts from the ground here seems to be tasty. I nibbled chocolate at the Grenada Chocolate Co. and nutmeg at the Dougaldson Spice Boucan where an old albino man rolled them out, on a vast platform. Thousands of cacao pods drying in the sun was not an uncommon sight during our excursion. 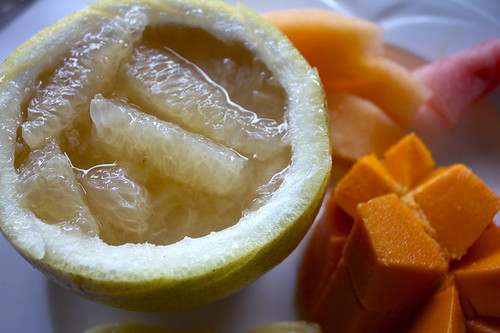 Papayas, green and orange, hang from every other tree. Bananas spring in ambitious clusters growing from green to yellow after losing their delicate white flowers. One morning at our hotel, The Calabash, we had breakfast of nothing more than a mountain of fruit. They grow wild everywhere, from farms to people’s homes in small gardens. It’s difficult not to want to have a healthy diet in Grenada. 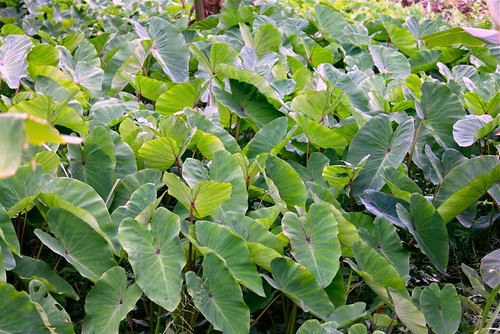 I remember on one of the occasions, as I walked the rutted trail with Telfor Bardeau my guide, he grabbed the broad heart shaped leaf of a callaloo and told me that it tasted a bit like spinach. Telfor had no qualms picking up wild peas from the pod and eating them as we went along. Later that day I would sit at a table sweating in the sun, eating my first cup of callaloo soup. Callaloo (sometimes calaloo or kallaloo) is a popular Caribbean dish served in different variants. The main ingredient is this leafy vegetable, traditionally either amaranth (known by many local names including callaloo or bhaaji), taro or Xanthosoma. Both are known by many names including callaloo, coco, tannia, bhaaji, or dasheen bush.

One single beautiful syllable – rum. Rum from a distillery that has been crushing sugar cane with the same massive water wheel for over 300 years, that kind of rum. And dear god, is it strong.  The Caribbean is the original rum runners haven for making and shipping casks of hooch. After visiting River’s Rum plant, watching the cane juice froth and boil and eventually become liqueur I can attest that ‘age old’ is not a misnomer. Not much has changed in the art of alcohol distilling since the time of Henry Morgan, accept that the labels have gotten fancier. The rum is still fabulous and remains unchanged. 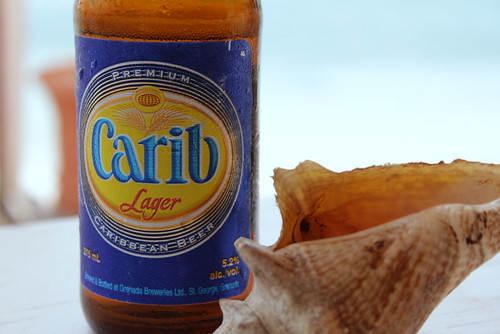 Ah, but rum has its time and place…often a cool beer, here in the form of the local brew, Carib, bottle sweating in the mid day heat is all you need.  This bottle was drunk slowly from the deck of Jenny’s, a tiny place overlooking the ocean. The brew was accompanied by calamari and a cheeseburger. If you’re not already jealous, you should be. 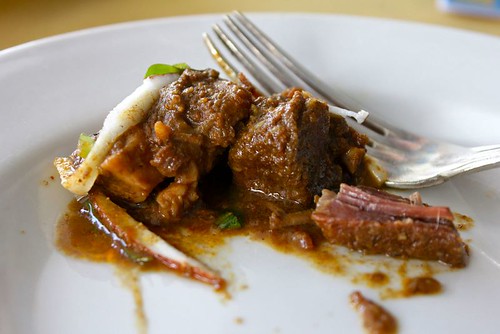 Ah, what can I say..  the days became a blur of wining, dining and just fabulous days in the sun. I won’t even go into the goat curry, blue crab, fried ochre, mashed plantains and local goat cheese that had me bursting my sides. I am not going to bring up the chocolate souffle from local cacao beans, the grilled kingfish or coconut ice cream that had me on my knees with gratitude..  No, I think you are hungry enough as it is, so with that thought, I end this post.. 😉

About this week’s guestwriter:

One part Seattle dwelling coffee fiend, one part jungle trekking travel junky, all ninja. Josh writes, edits and videos for Matador Network, has been creating travel media for 3 or 4 years and is in this thing to have a good time.
Tweet at him – @joshywashington
His mom thinks his blog is cool – Travelmedianinja

All photos courtesy of Travelmedianinja

Talk about reaching Nirvana.. at Sri Nirwana Maju! Why does vegetarian Indian taste so good? Heck some say it tastes better than the real…