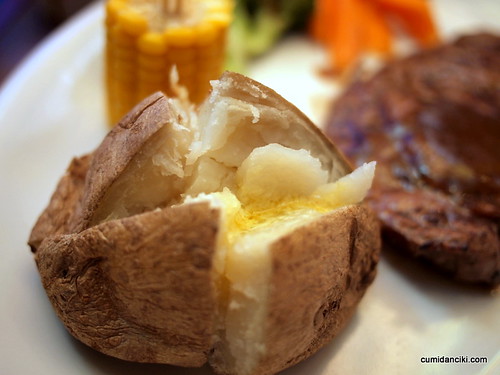 The definitive old-school Jake’s steakhouse, complete with tacky cowgirl waitresses out front, the now-shopworn Jakes has seen better days. But it still serves up some very decent steaks in town, and the experience is inimitable. Who would have thought that, with the resurgence of this neighborhood as an eating hub for diners, Jake’s has been rewarded for hanging on all these years.

So what makes a perfect steak? Some may say, look out for meat with the most marbling, i.e., visible grains of fat running through the steak. As the steak is cooking, the fat melts, naturally tenderizing the meat and building in flavour. Others may say, it’s the precision with which you cook the steak. I’ve heard my cousin go on, on several occasions on how to cook a steak just right. “Telling when a steak is done is not an exact science”, he says. One way is to cut a small slit in the steak to see the color of the meat. Another way he says, is to presses the meat and compare its firmness to the softer, fleshy part at the base of your or your own thumb; if it’s the same density, the meat is rare. The firmer center of the palm is like the feel of a well-done steak.

Anyway, depending on how you like it, that would be your perfect steak. And that’s why eating out at the steakhouse with friends is always so fun. Everybody has their version of the best cooked steak. Some like it lean, some fatty.. some even like it well done with no fat whatsoever. Me I like mine done medium to medium rare, with tons of marbling.  Perfection to me is defined by the contrast between the charred exterior and the warm, juicy pink center. 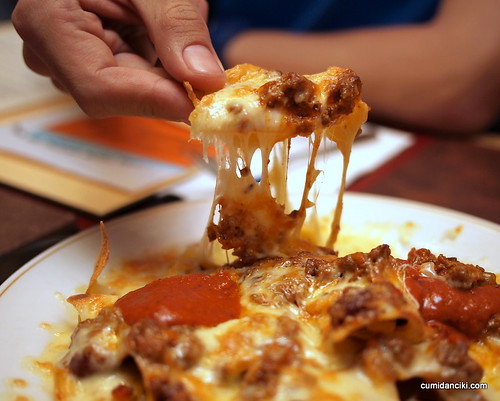 So here we are at Jake’s. The steady crowd, most of whom hail from around the PJ and KL part of town, might not notice if the food lost a step. Distractions abound, with noisy cowgirl waitresses taking orders intertwined with the loud banter of families in neighbouring dining booths. The low-ceilinged dining room is studded with cowboy paraphernalia , photos of patrons, and gaudy decor. Even after 20 odd years at the same location, however, Jake’s isn’t ready to be relegated to the history books just yet. The expertise is apparent from appetizers like Crispy Potato Skins (with crunchy vegetables, smoked beef & cheese), Mexican Nachos, Beef Tacos (Weekend Special) to the higher end, Escargot Bourguignonne, Fresh Oysters Au Natural and Oysters Mornay. 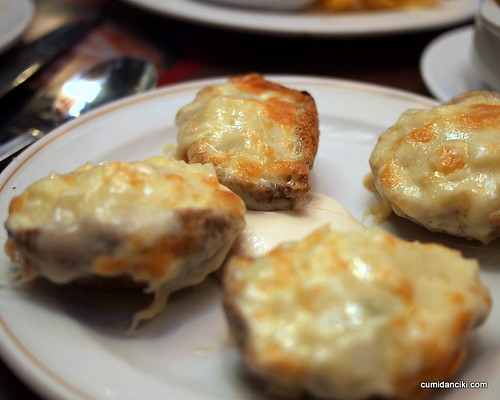 Jake’s signature is of course the steak. My favourites are the Australian Wagyu and Tenderloin. Prices are moderate, but given the huge portions and high quality, they’re not completely out of line. 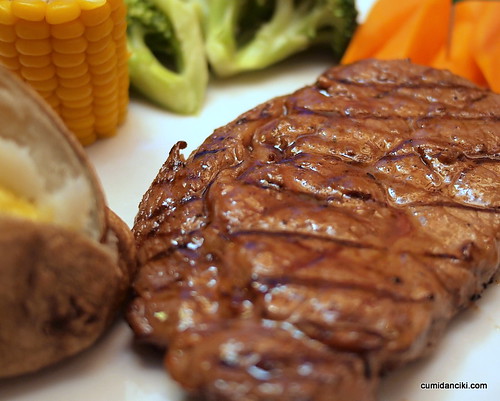 The selection is vast, and you can just knock yourself out, choosing from Australian Wagyu Sirloin, Ribeye, Tenderloin, to the same cuts for Black Angus and Grain Fed Beef. The steaks really come in all shapes and sizes, ranging from a suitably enormous porterhouse for two (the Australian Grain Fed Porterhouse), to the Carpet Bag Steak that consists of an end cut of scotch fillet steak, served standing up like a miniature mountain. Pockets in the meat are made by small cuts, into which oysters are stuffed and sutured with toothpicks. As the dish is broiled, the flavour of the fresh oysters permeates the steak and blends with the juice of the tender meat.. insanely heavenly but only for those who like oysters because the seafood flavour can be overwhelming. 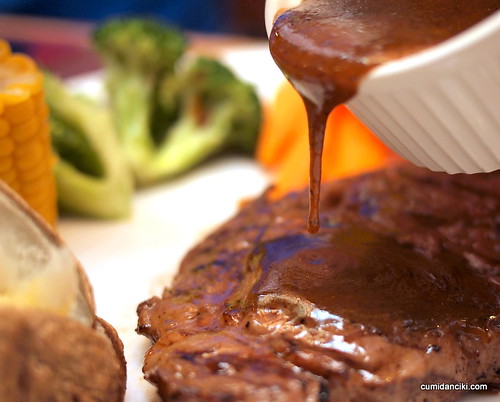 Ever so recently, our love for Jake’s has been reignited and Cumi and I keep going back, but we have yet to finish everything on the menu. We love the steaks here because they are made well, taste good, and hardly put a hole in your pocket. 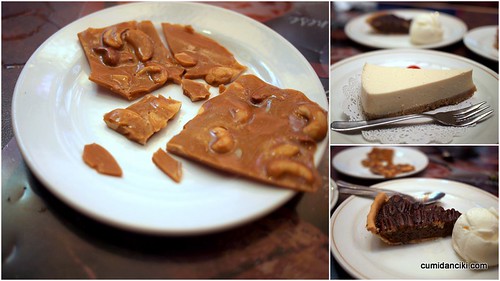 As for desserts one may pick from a selection of Country style Hot Apple Pie, Chocolate Fudge Brownie, Nutty Pecan Pie, Cheese Cake (Coffee Marble) or the ever so addictive Nut Brittle made from toffee and Cashew Nuts. My favourite is the Nut brittle. It’s a salty-sweet and crunchy caramel with an incredible aroma of toasted cashew nuts. Very, very good indeed.

My friends the food bloggers are a fun-loving bunch. They can eat any menu clean, they can drink any pub dry. Sometimes we meet…