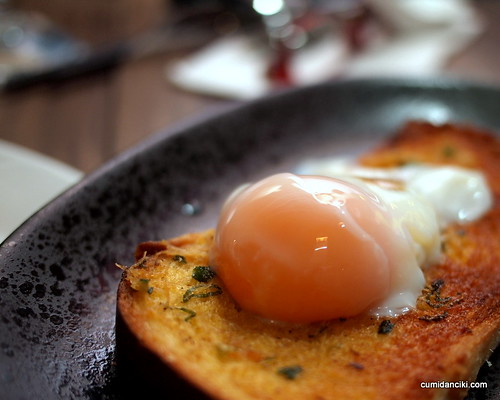 When I recently read this article in the Guardian UK on how to poach an egg,  I realized that I was on to something. Something good. The article mentions luminaries like Julia Child, Marcus Wareing and Delia Smith amongst the people who know their eggs and how to get it just right. There is the old school way and then there is the new way of poaching eggs.. and then even a tip on a clever cheat!

Well, not all of us are gifted egg poachers but I do know one place that is, and does, the perfect egg. Not only that, the other dishes in its repertoire are just as praise worthy. Believe me it is no understatement when I say, it has been a while since a really good restaurant, opened up in Sunway Giza. My Cookbook is the latest edition to the restaurants in this area, featuring Modern Chinese cuisine, and we headed out there to put their poached egg to the test. Needless to say, it passed with flying colors. 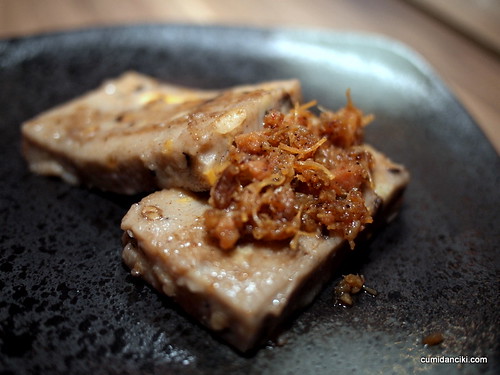 The brainchild of John Teo , the same accomplished fellow who runs New Convox and Jia in Damansara Perdana, this place showcases a laidback, yuppie friendly joint with contemporary furniture, where the hip and happening can “be seen” dining. The outdoor dining area allows for extended tête-à-tête, while one dines on lovely Chinese cuisine, drinking and chatting the night away. They have imported beer here such as Hoegaarden and Cider beer by the bottle that ensures its biting freshness.

This first starter called the Black-Eyed Pea Cake with Salted Egg Yolk is named as such, because it is riddled with black-eye peas or mei tou, the kind you find in a Chinese dumpling. When you bite into the soft cake, you will taste the addictive salted duck yolk, a bit of dried shrimp and if that is not enough, the lovely flavour of dried scallop permeates and completes the ensemble. Contemporary Chinese indeed! 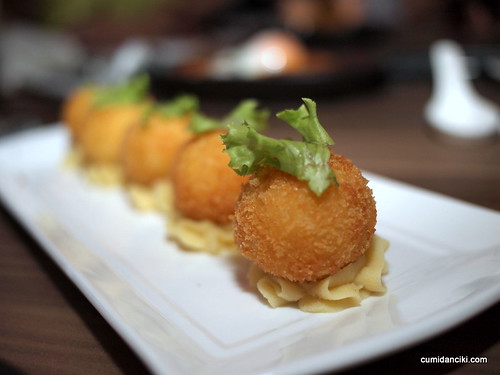 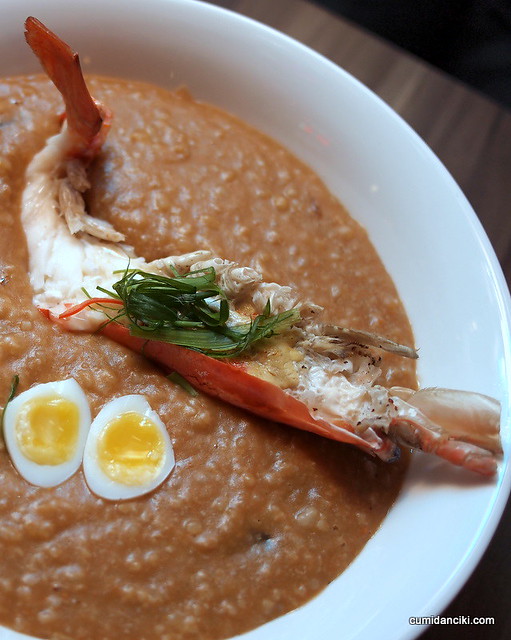 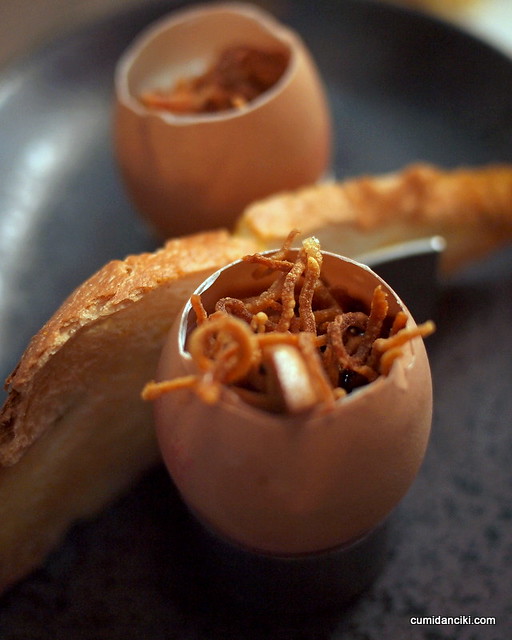 half boiled egg served with toast 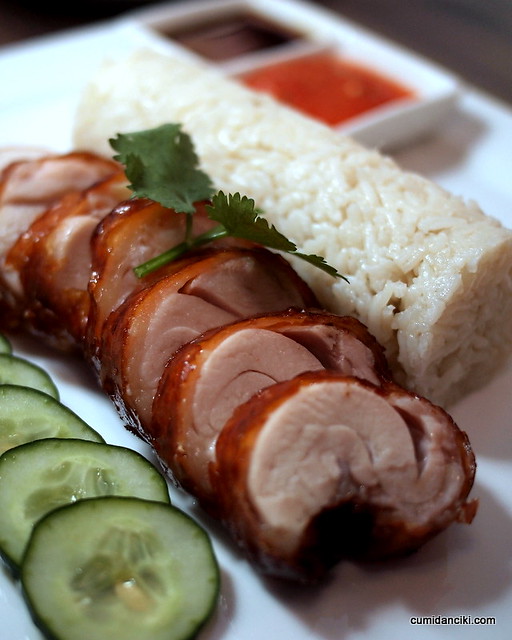 The Chicken is served up in the form of a Crispy chicken roll. I found it was moist with just the right portion of chicken fat to meat ratio, wrapped in a crispy skin. The rice was full of chicken stock aroma. Totally fantastic. 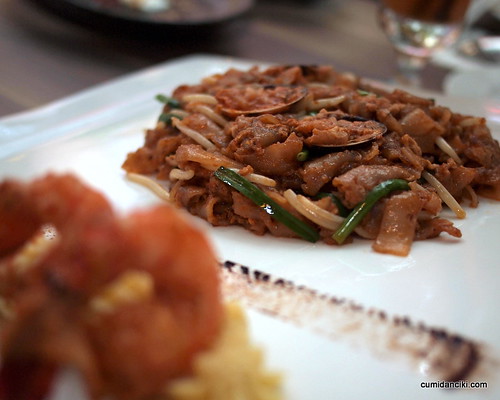 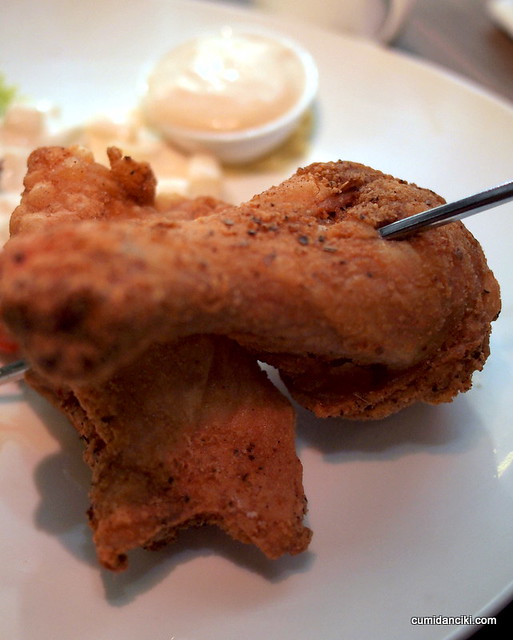 Fried Chicken – way better than KFC, but a tad salty 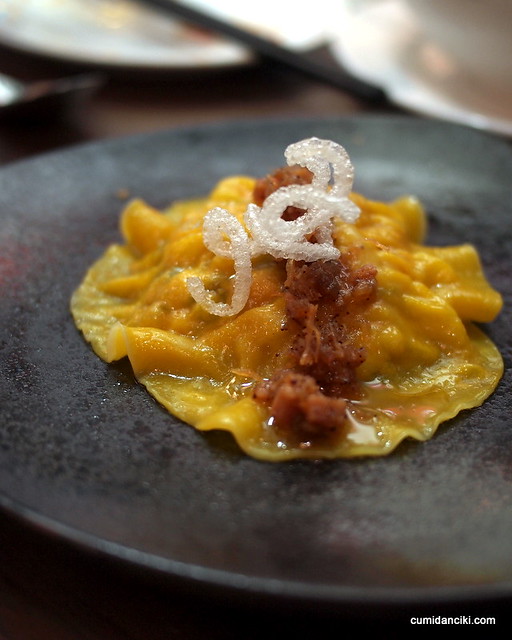 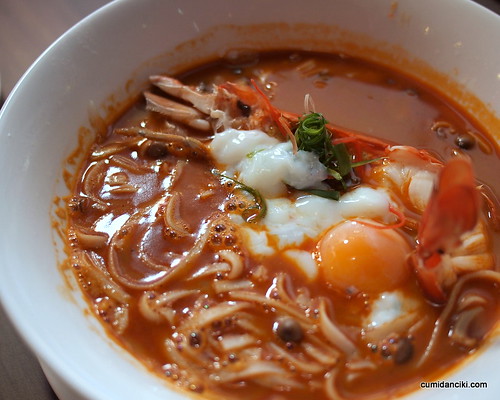 Prawn Noodles in Prawn Bisque with a poached egg

To me, this was the ‘piece de resistance’. The Prawn Noodles in Prawn Bisque. The flavour of the soup is like nothing on earth. It is so thick and creamy it resembles bisque rather than soup. The slippery egg gives the noodles a rich, smooth feel to it. This was the highlight of my night! 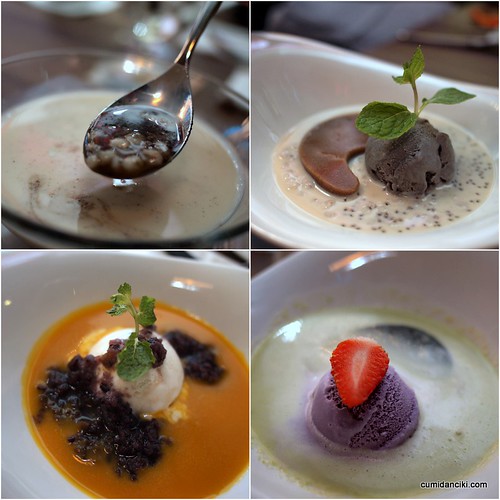 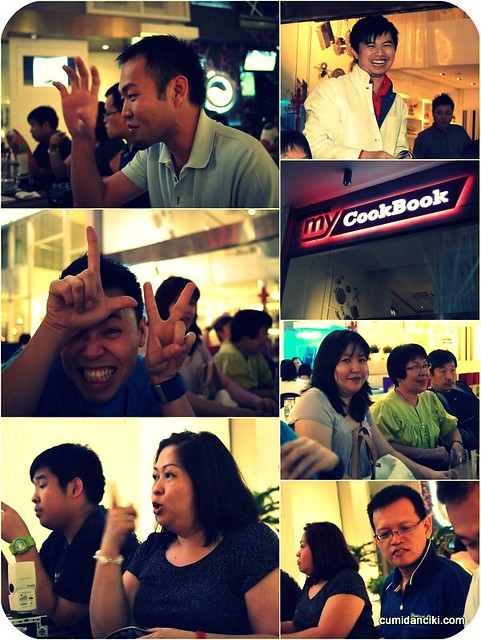 My Cookbook comes highly recommended. I will take my colleagues here this coming week for a “Contemporary Chinese” new year get together. I think it’s time for them to experience something new.

You must be Loony.. but you gotta LOVE the Loony Dook! One thing I learned, at the Hogmanay Festival in Edinburgh last year, is…