I love street art. My only complain is that there isn’t enough of it in Malaysia. On my last trip to London, I spent ages enjoying the street art that the city had to offer. Anyway British street art is synonymous with one name. Banksy. He is perhaps the most famous, or infamous, artist alive. To some a genius, to others a vandal. Always controversial, he inspires admiration and provokes outrage in equal measure. Since Banksy made his name with his trademark stencil-style ‘guerrilla’ art in public spaces – on walls in London, Brighton, Bristol and even on the West Bank barrier separating Israelis and Palestinians – his works have sold for hundreds of thousands of pounds. So what if you are jaded fan, having seen one too many “banksy” creations and nothing moves you anymore? Well, this week’s guest post is about a city that boasts a stunning collection of cutting edge urban artworks.. to all street art fans, time for a holiday!

Tenerife has been a favourite package deal destination for generations of winter-weary Brits, but the island has a cultural heritage beyond the usual booze and beaches…

taken from the banksy website where he gives his art away for free because that’s just how rad he is! (via smirk.monster)

Ubiquitous Bristol scamp Banksy has stirred up interest and respect for street art across the world. The medium has now secured itself in the creative consciousness of the masses. However, after one too many dinner parties spent cooing over his glossy books, Banksy fans everywhere are beginning to wonder, might there be other good graffiti artists out there?

Painting the Town Red…and Yellow and Pink and Green 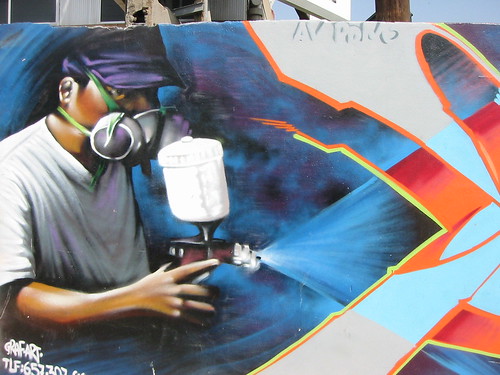 The answer is clearly yes, and Tenerife has turned out to be a bit of a mecca for them. Although more often associated with the kind of street decoration produced by one too many alcopops, the popular island destination boasts a stunning collection of cutting edge urban artworks. 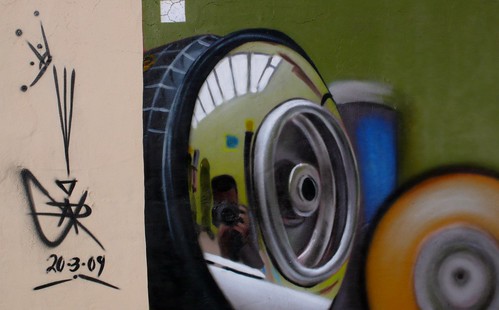 The capital Santa Cruz is a particular hot spot, and with the huge range of cheap package holidays on offer, graffiti fans have the perfect opportunity to develop their appreciation of the medium while soaking up a few much-needed rays.

Art in the Sun 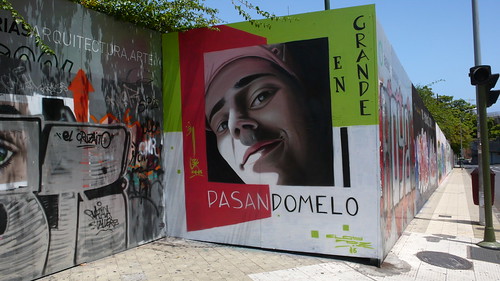 As well as the rich variety of impromptu street graphics around Tenerife, the town of La Orotava holds an annual Corpus Christi festival which features gigantic sand paintings covering many of the streets and squares. 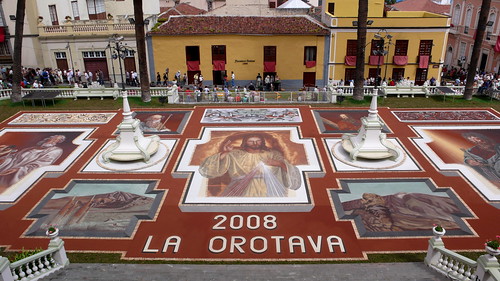 Using naturally coloured sand as well as flower petals, local artists festoon the streets with religious images and patterns, creating the kind of municipal chaos Banksy could only dream of.

The Corpus Christi festival happens in June each year, but check calendars for exact dates. Graffiti exhibits are obviously available year round, as are two for one Slippery Nipples and Premier League football should your creative consciousness become overwhelmed. 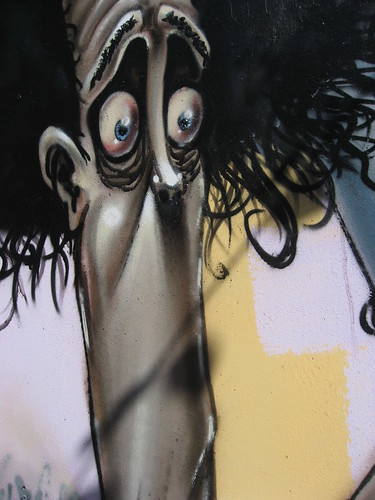 The Awesome Graffiti of Tenerife

On a cold and rainy weekend, it’s only a matter of time, before one of us hankers for Tomyam. Cumi actually found this great…