Happy #traveltuesday folks! In line with this month’s theme, here is today’s Travel Tip by  Andy Jarosz from 501 places on “Photographs that fill you with emotion”. 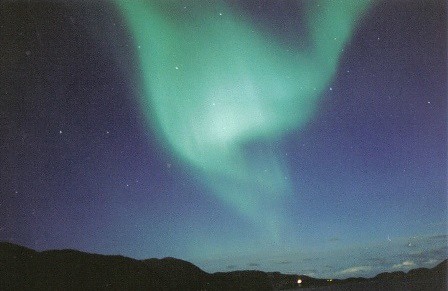 These were the second time we had seen the Northern Lights and I can honestly say I would never tire of this, one of nature’s finest spectacles. We had just checked in to our lovely log cabin at the side of this remote fjord, well above the Arctic Circle. It was around 10pm and we stepped out onto the balcony to search for the lights. As if on cue, this shimmering light appeared on the western horizon and continued to spread until the green shapes were dancing above our heads. A truly mesmerising experience! Just looking at this picture makes me want to return and try and witness this light show all over again. 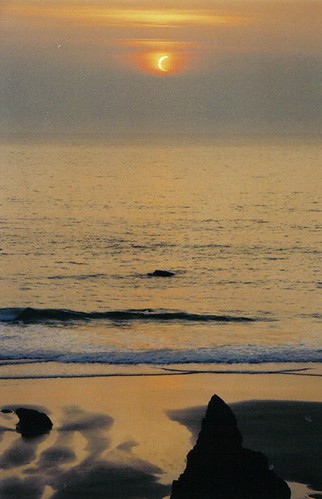 We woke at 4am and wandered down to the beach when a crowd of around 50 people were waiting for the sun to rise. This was an annular solar eclipse, meaning that the moon would pass directly in front of the sun but be too small to cover it completely. The sun would therefore rise as a ‘ring of fire’. We watched with great excitement as the sun rose, and although the low mist meant that we didn’t witness the point where the red ring rose from the horizon, we did see this spectacular crescent sunrise. The small crowd stood in awe as we watched this special moment. Since then I’ve been determined to see a full solar eclipse. It’s on my list! 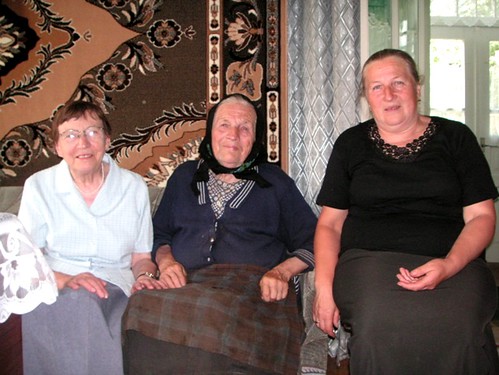 This is a picture of my mum (left) with her cousin and her daughter. They had just been reunited for the first time in nearly 70 years. I had taken my mother to the village in Ukraine where she had been born, and we had walked the streets looking for things to trigger her childhood memories. We never expected to find a close living relative! My grandfather had been Polish, meaning that his family (including my mother) were deported to Siberia at the start of the war. Her mother’s side of the family, being Ukrainian, were allowed to remain. The old lady cried as she told us that she had been waiting for over 60 years for my mum to return. At that point we all shed a tear or two. It was an emotional and very happy reunion. 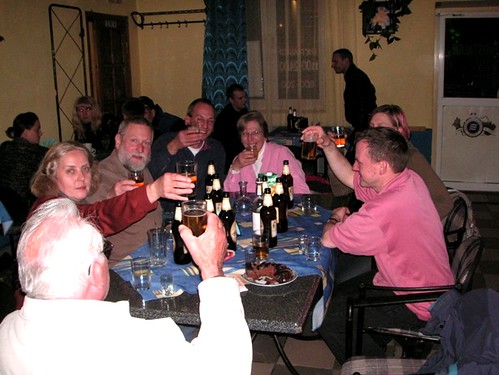 An unremarkable evening of food and drink, shared with family. What was memorable about this encounter was that we had come to Belarus in search of my father’s home village and the plot of land on which he was raised. Like my mother he had deported to Siberia as a child and never able to return, but being slightly older when war broke out his memories were a little stronger.
It was a very emotional moment to see him standing at the exact point that his father had built a house 80 years before. As for our little celebration here, it has passed into family folklore and involved us pretty much emptying the bar of its stock of beer and vodka! 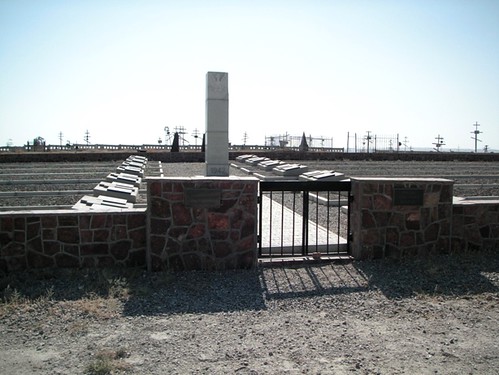 It was here that my grandfather died in 1942, and it was here that in 2008 I became the first person from our family to find his grave and pay our respects. We had arrived in Navoi with plenty of hope in finding his grave, but little practical knowledge of how to do it. To actually stand in the cemetery, see the family name on a plaque and know that my father could rest in the knowledge of seeing his own father’s resting place was one of the most special moments of my life.

About this week’s Guest writer

Andy Jarosz is a passionate traveller and a professional writer whom only recently has started to link his work with his passion. Writing in corporate magazines and creating website content might pay the bills, but it is recounting the experiences of his 20+ years of semi-nomadic existence that really gets the creative juices flowing. His travel blog 501 places is a selection of his experiences from his travels, and is updated daily.