Today’s BITS (blogger in the spotlight) features a close friend of ours who is a Malaysian but now working and residing in Abu Dhabi. Without further ado, here is Julian with a topic close to his heart. Food of course!

When I first moved to Abu Dhabi (AD), I thought the challenge would be in the “eyes”. As in, the lack of green (trees, plants, flowers) and way too much brown, i.e. sand!  Little did I realise that it would be the FOOD that was going to be the major problem, and in particular … PORK. Or the lack of it!

To all you pork-lovers out there, please FEEL for me!  More importantly, for the benefit of all you Pork Lovers out there here are my Top 5 joints in Abu Dhabi for a great Pork feast, should ever the need arise, when you find yourself lost and alone in AD, craving lard. Look back and remember what I have said here today;) 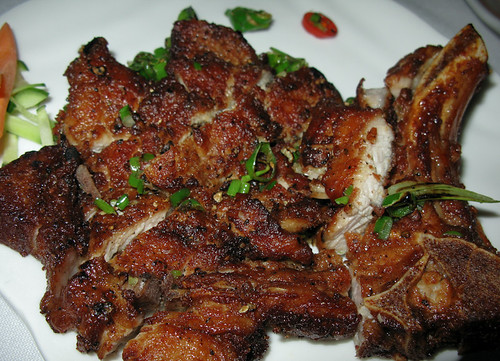 Located at the Abu Dhabi Marina Club, in the Tourist Club Area, Bambu  serves a one price-all you can eat concept, where you order from a menu. Mind you, it’s expensive, 130 AED. My favourite dish here has to be the “chiu yim chee pak” (Salt & pepper pork chop). As far as I know, there must only be 3 restaurants in the entire Abu Dhabi which serve pork (The others being a “secret” Korean, and a “secret” Chinese restaurant). For dessert, you can even have Fried Ice Cream ala Malaysia! 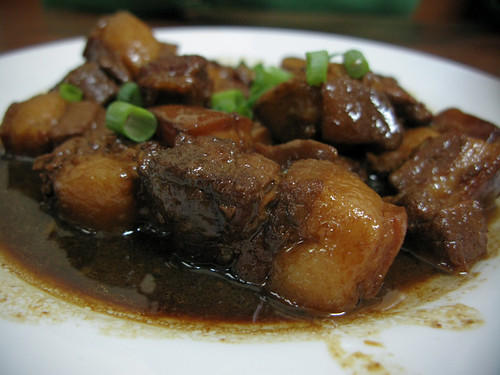 Occasionally, we would travel up the road (Only an hour’s drive) across the desert, to “flashy” Dubai. We found this really strange eatery in Deira, Chinatown, it looked like a 1970s Hong Kong movie apartment. Yes, they actually have CCTV to scan you prior to entry! Anyway, best of all … they served Lap Cheong (chinese sausage) omelette, Stewed fat belly pork, and Pork and Peanut soup!! 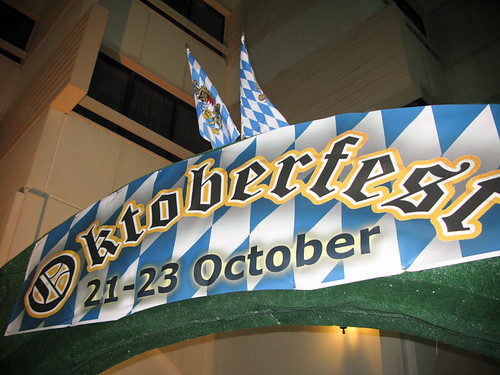 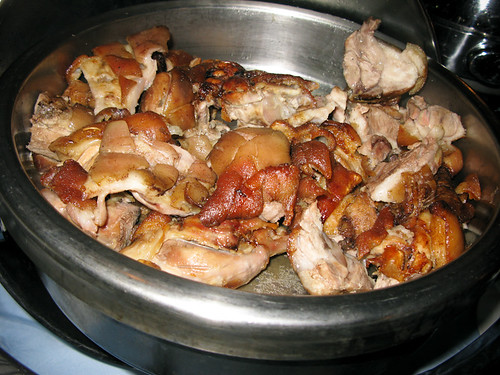 Oktoberfest at Le Meridien, Abu Dhabi was a really memorable event last year. German live folk-band music and dancing, and best of all … Real German beer, AND all sorts of porky delights. I gladly paid 110 AED for my German Porky buffet! The pork knuckle, sausages and other delights went well with the Sauerkraut. Slurp! 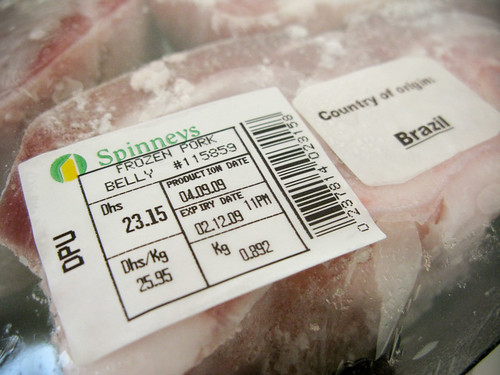 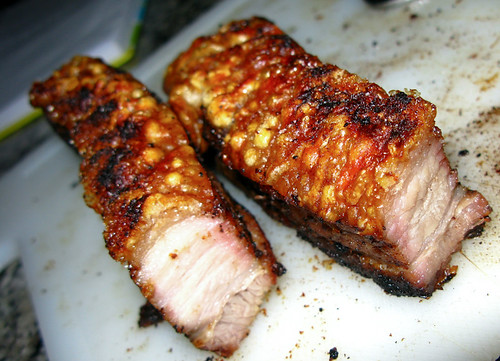 Spinneys at Abu Dhabi is heaven-sent, not only do they sell liquor (There are possibly only 4 liquor shops in the entire city!), but they have a an entire non-halal section… Fresh and frozen pork, tinned pork, Pork crisps and more! Our frozen pork belly originates from Brazil, and my darling wife sometimes amazes me by preparing Siew Yuk. Imagine the smell permeating from our little apartment 🙂 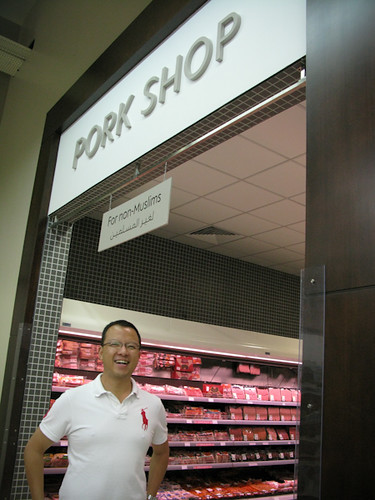 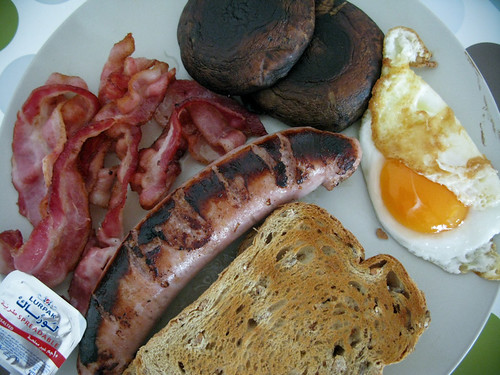 The Pork Shop (Yes, that’s what its called!) in Dubai Mall, at Dubai, is another one of my favourite places. Its a place where I can stock up on my favourite porky bacon and porky sausages, and do big fry ups. Reminds me of student days in the UK! Bliss!

About this week’s Guest Writer :

Julian a.k.a. Jules has been blogging since 2006, initially writing about diving and food. But soon after he started, his blog took on a life of its own, and he started writing about photography, cars, parties and more. Julian and his wife presently live in Abu Dhabi, and they keep telling us they miss Malaysia .. a lot. From the way they enjoy food, you can see why!

Actually, if you ask Cumi & Ciki, Mr. Julian Si is just being modest. He is one of the pioneers in Malaysian Food blogging and even our own blog, has found inspiration in his stories and excursions. Jules and his wife are now close friends and we are honored to feature them under the BITS section, today!

*Footnote: Abu Dhabi is the capital of, and the second largest city in the United Arab Emirates. While Islam is the main religion, Emaritis have been known for their tolerance; Christian churches, Hindu temples, and Sikh gurdwaras can be found alongside mosques. The country is home to several communities that have faced persecution elsewhere. The cosmopolitan atmosphere is gradually growing and as a result, there are a variety of Asian and Western schools, cultural centers and themed restaurants seen in the city of Abu Dhabi.

I was plagued with worry when I had only 2 weeks to get my USA VISA renewed, recently. As it turned out the process…