O.K. here’s something I don’t tell many people.

I am a complete salad addict.

I have a secret love affair with Ulam that not many people know about.

Add some sambal and rice and I’m a happy person. 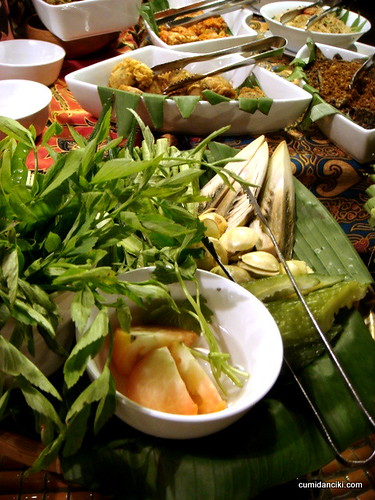 Ulam is a traditional Malay salad and perhaps the leaf that is the most distinctive in this salad is the Centella asiatica. Ulam is typically eaten with sambal (spicy chili based sauce) or cincalok (fermented shrimp paste with chili and shallots) like how normal salad is eaten with a salad dressing. It is a staple in any good Malay restaurant and it can go with just about anything really. From the spiciest of rendang dishes to the most mellow curry, ulam is what accompanies it to perfection. Now a days, any vegetables that can be eaten raw and unadulterated, can be classified as ulam. These include, the cucumber, french bean, water convolvulus, cabbage, basil leaf and even the heart of the banana flower. Overall the ulam has a stronger chlorophyll taste than your regular leafy English salads. Anyway, one of the places that does this ulam really well is the Malay restaurant Rebung. 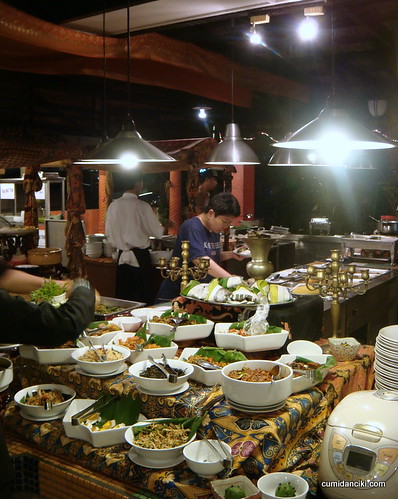 Rebung boasts of a simple rags to riches story where a young lad, growing up in the kampung (village), used to play in the paddy fields, fish in the river, plucked fruits from his neighbours trees and then get chased by the owners of the ‘violated’ trees. Rebung is about a man, born to the Biduanda tribe of the Chengkau Hulu, Rembau Village. Even at a young age, he was fascinated with things forbidden, things that that grew beyond the fence of his neighbours plot of land. His curiosity of the orchards and the paddy fields grew as did his skill at trying out these ‘collected’ herbs, and he started using his stash of ‘nice things’ for cooking. He began experimenting in his Grandmother’s kitchen which eventually led him to become a famous Malaysian cook. His Grandfather was also instrumental in teaching him the ways of the wet market. At a young age, he became deft at choosing the freshest produce from the sea. He eventually moved to KL and started his journey into the culinary world and has never looked back since. 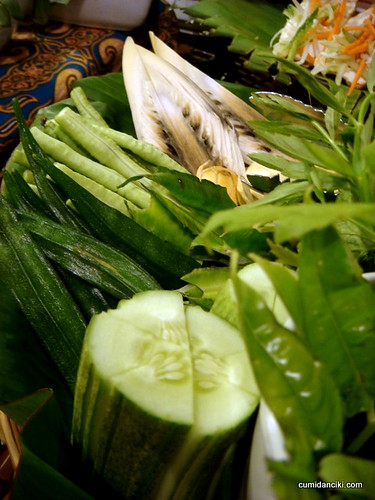 Behind the french beans are the banana ‘hearts'(gray and white in colour). Each banana plant produces one single sterile male banana flower which is called the banana heart. These make pretty tasty Ulam.

Anyway, in the words of the man himself, Chef Ismail, the food served at Rebung is a tribute to what his forefathers taught him. Traditional, delicious, hearty Kampung food , that is filling and consumed without much palaver or fanfare. If you are expecting separate fine-dining courses then you’ve come to the wrong place. However, what you will find at Rebung though, is the comforting taste of pre-urbanization, re-created for the city folk, to remind us what simple, uncomplicated food is all about. 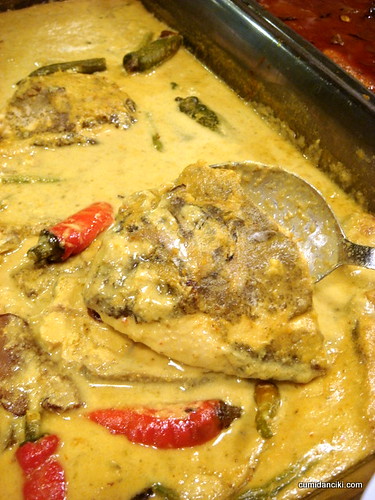 We had visited Seetha Ram before without a camera in hand.. now, we were back and armed! From the garish Bollywood posters to the…