It was around the middle of last year, that I read about a poll at the British  food awards, where the UK won the coveted (not!) title of “Worst National Cuisine” by a landslide. British food sucks/taste bad/has no class .. are all truisms that even the Brits buy into. I remember my hall-mates deriving loads of pleasure from slagging off their own English food from this and this a restaurant.. or this and this a pub. Anyway, in their defence, I must say that some of the most memorable moments of being a student in the UK and some of the things I miss most about my time living there, was the food. I miss the hearty English fry-up breakfasts, the Ploughman lunches at the local pub, pork pies, mince pies, cheese pasties and the many “on the go” sandwich shops where I could concoct any bizarre, personalized sandwiches that I fancied, any time of the day. I miss sitting and eating these sandwiches in Hyde Park and rollerblading in summer with my roommate. Sigh, I miss British food!

Anyway, what can I say..  I think some people need to put their preconceptions aside, and go back and try English cuisine and see that it has a lot going for it. One place in KL where you can try Modern English cuisine at its best is Albion. Of course they have the good old fashioned English breakfasts on the menu too. I know there are mixed reviews on this place where some dishes are better than others, but seriously folks, I put my money on Albion. Twice I’ve been here .. the first time with my friend Haze, and now with A lil Fat Monkey and the twice , the service and the food has been good. As a matter of fact, the second time was even better than the first (“that’s what she said” 😛 ) 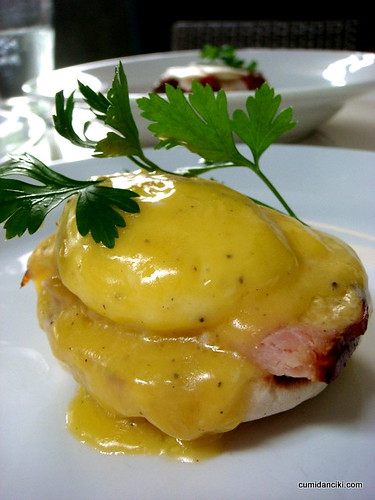 Eggs Benedict is a dish that consists of a half of an English muffin, topped with ham or bacon, poached eggs, and Hollandaise sauce and they do it superbly well at Albion. 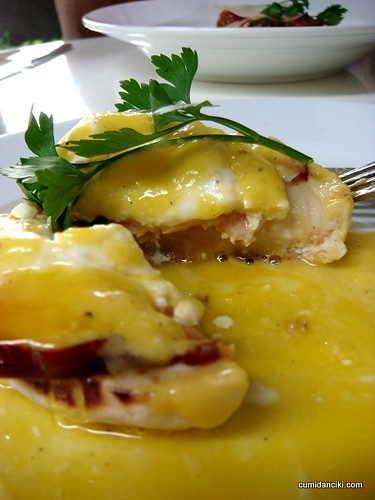 The reason why I like it is because the yolk is runny enough and they are also generous with their hollandaise sauce. The slab of ham is thick and sweet and really succulent with pork juices. I totally dig the Eggs Benedict at Albion. You must try this. 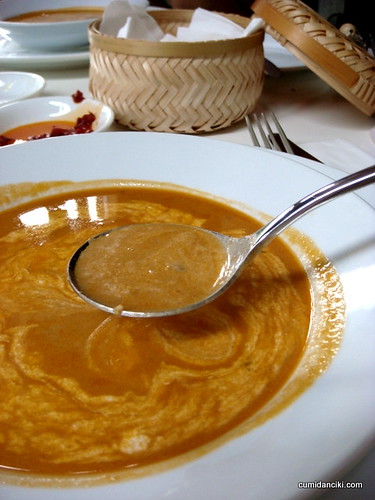 This homemade seafood soup of crab bisque was exquisite. Smooth, creamy, and well seasoned, it was peppered with a generous amount of crab meat. Just add pepper to taste and you’re all set. 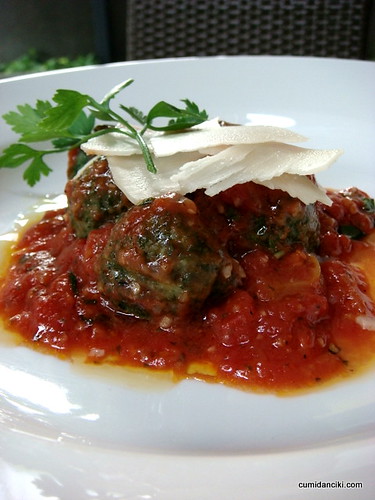 This next dish of spinach and ricotta in a tomato base was what A lil Fat Monkey ordered and he said that it tasted like a chewy, cheesy spinach ball that was light and airy. Great for those who like their veges with a twist! 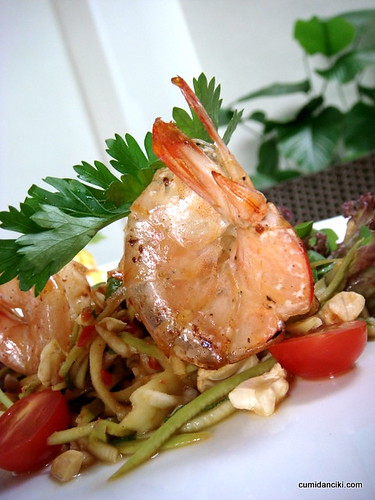 Prawn Mango Salad looks amazing and the combination of flavours makes it a great side dish if you intend to go heavy with your main course. The grilled prawns were fresh and had a lovely flame-grilled taste to it. 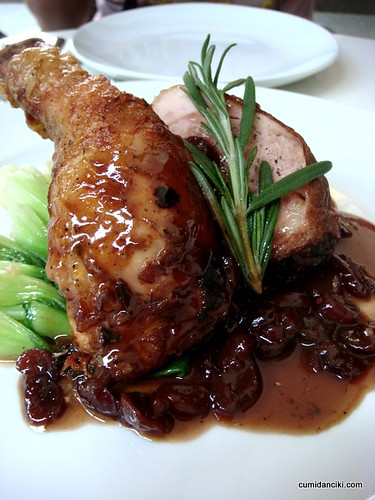 Our final dish was the Ballotine of Chicken. A ballotine is a piece of meat, fish, or poultry that has been boned, stuffed and then rolled and tied into a bundle. It is then usually poached or braised. Dishes include the breasts of chicken pressed between clingfilm and ‘hammered’ with a variety of stuffings. In this case, the chicken leg reconstructed over bacon and special stuffing. It was really good and tasted somewhat like stuffed turkey but more moist. Delicious. 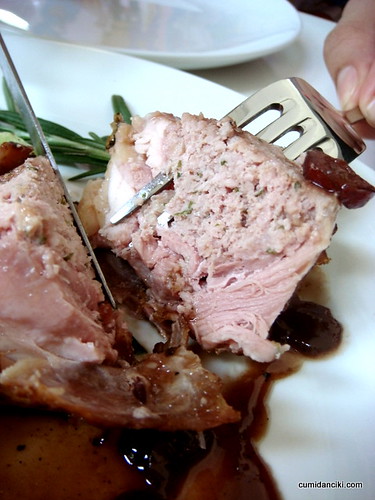 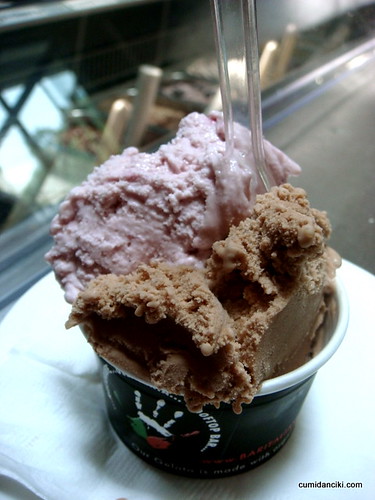 Lunch was nice. What’s even nicer after a good lunch is gelato. KL has been so hot and muggy lately, we just needed to cool down with some of Bar Italia’s fantastic Italian ice-cream. Here is my concoction. Berry and hazelnut or something. The colors are gorgeous and soon, I would take A lil Fatmonkey on a shopping spree at Pavilion to look for a dress in that shade!

CCFoodTravel were in Singapore for the #YourSingapore Live event, and decided to pay Gattopardo Singapore a visit … Ever since we met Chef Lino…