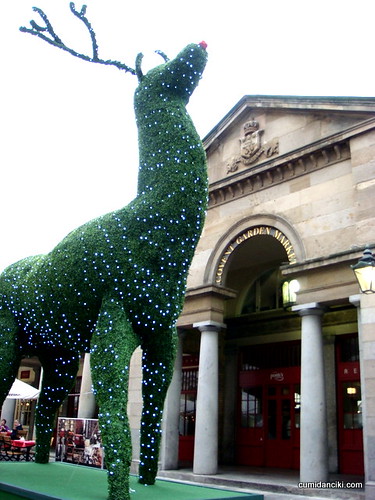 Covent Garden, London is famous for its shops, street performers, bars, restaurants, theatres and the Royal Opera House. There was a massive reindeer outside the piazza this time when we got there, early in the morning. 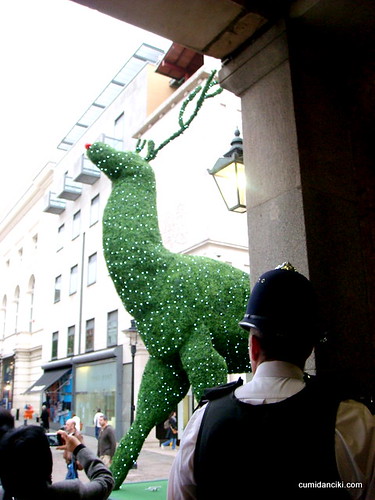 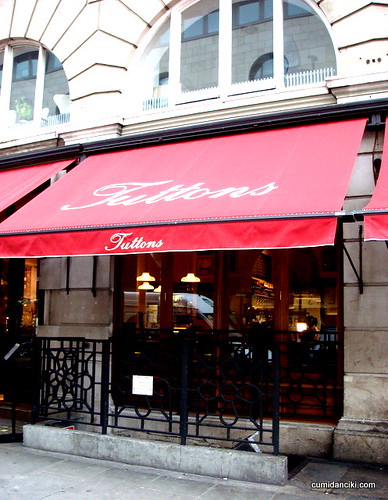 Covent garden looks like an Italian-style piazza packed with restaurants, bars and fashionable boutiques. Suffering from jet lag- we were up every morning at around 6a.m. and were hanging around Covent Garden by 8a.m. With nothing much better to do, we went for breakfast some place near the piazza. 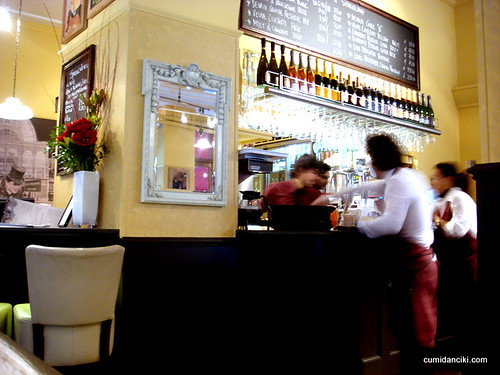 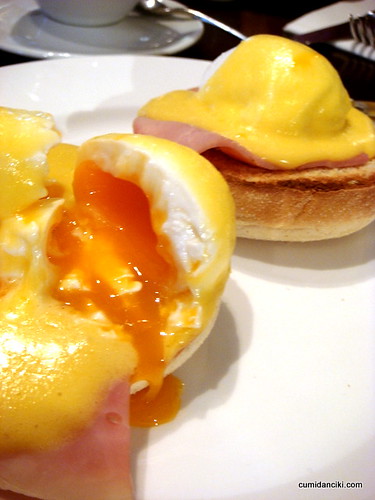 We had coffee, pancakes and some of us had Egg Benedict, i.e. half of an English muffin, topped with ham or bacon, poached eggs, and hollandaise sauce. The egg Benedict we had at Tuttons was just so-so. Coffee as always, woke us up;) 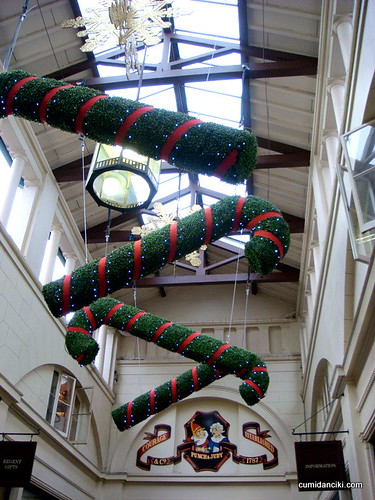 At the heart of the Covent Garden piazza lies the famous market, designed in 1632 by Inigo Jones – you cannot miss this place as it is crawling with tourists. 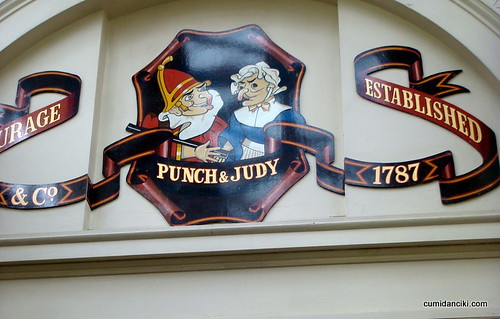 The large glass covered building comprises several arcades of fashionable boutiques, cafés and an arts and crafts, the Apple Market. Later in the day, you get all sorts of jugglers, mime artists, variety acts and musicians wowing the crowd in the piazza. 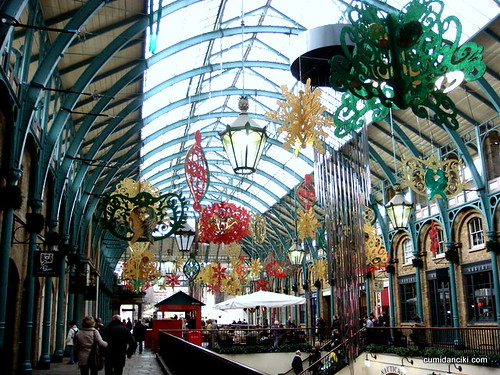 Photos of covent garden in the wee hours of the day. 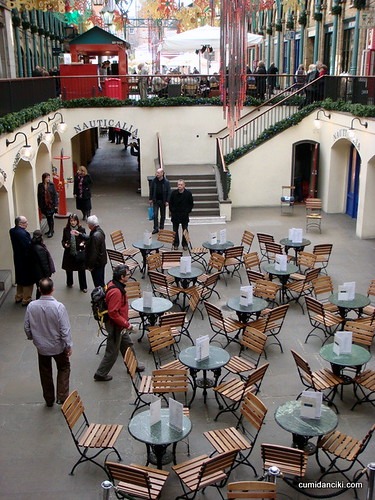 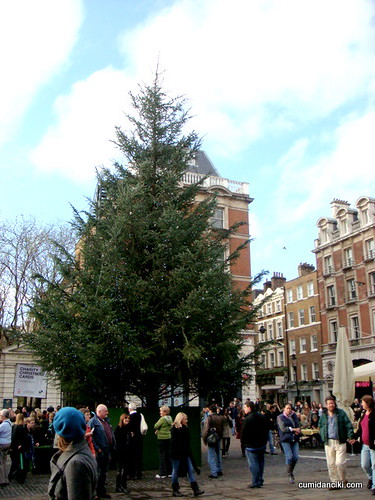 As I was on a mission from Munkey to buy up as many Christmas edition Dunny as I possibly could, I legged it down to 7 dials. 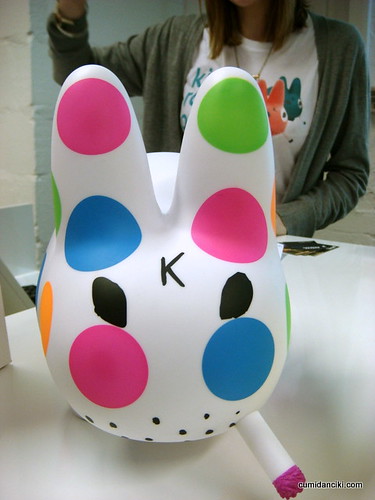 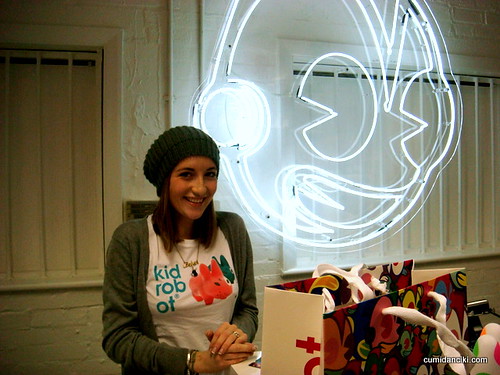 Being rather blur to the intimate details of these collectibles, I asked the lovely gal at the counter and she told me that the store stocks all of Kidrobot’s major lines, from the ever popular Dunny series through to mini series featuring artists such as Jon Burgerman and Tara McPherson. I scratch my head. Actually, I tell her, I am looking for a pink bearded Dunny Santa.

Oh! she exclaims, that would be our KIDROBOT Limited Christmas edition Krunk-A-Claus(A Dunny figure by TADO – limited pieces worldwide) Apparently, because it is blind-boxed you will not know if you are the lucky purchaser of the crowbar wielding, holiday hating elf.. which has a 1 in 10 odds ratio (so Munkey tells me). Since I purchased several, I hope one of my friends gets the elf 😛 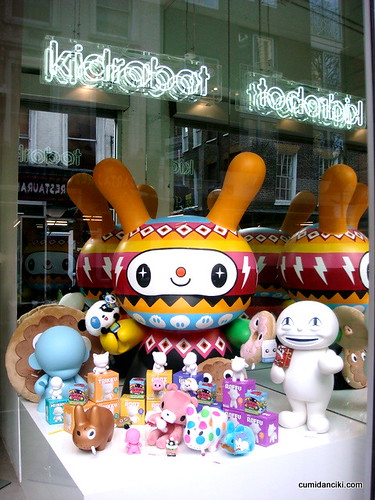 I am beginning to see what the fuss is all about. These collectibles are so bloody adorable! 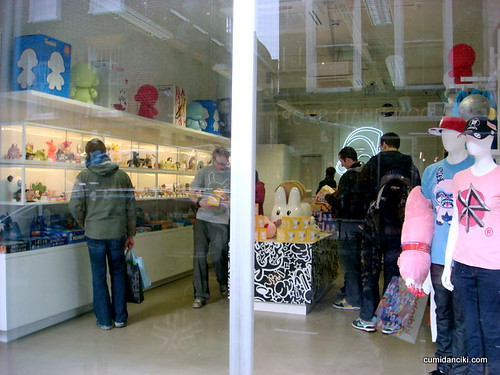 Apparently, many adults play with toys these days. 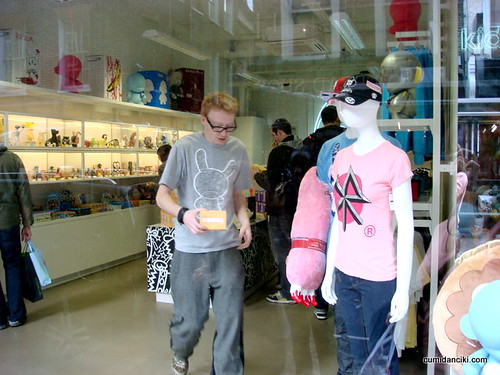 Maybe, I jump on that bandwagon.. erm, but no.., I’d rather save my money for that designer handbag.. 😛

DreamWorks Pictures’ latest release, Real Steel, is  a gritty, metal-knuckle punching flick set in the near future. It is based in part from the…