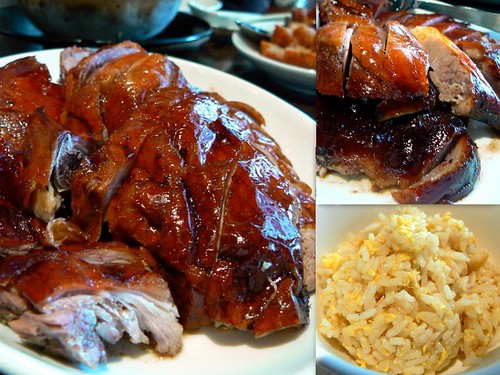 Those of you who read our post on “vampires at cap square” will know the SAGA involving yours truly and this world famous London Duck. You would also probably know that, we had YET to taste the Four Season’s Duck.

I remember Bayswater Four Seasons, London (West London, City of Westminster)…No matter how much this place is slagged off and condemned, come rain or shine, economic dive or depression, there’ll always be a queue outside Four Seasons Bayswater, with eager diners awaiting their portions of the supposedly legendary roast duck.

Basically the past post says that I didn’t eat there as a student because I was always skint, but that was like more than a decade ago. Now that I have ‘Ring-Dings’ (ringgit malaysia la) in my pocket and an insatiable appetite for all things winged, beaked and on two webbed feet .. there was no stopping me! Bayswater Duck.. here I come!

How much nicer then, can lunch be, when you are in the company of AWOL, Hairy and Qwazymonkey too… this as they say, is the icing on the cake, the olive in your martini, the layer of crispy skin and fat on your duck 😛

The duck, the duck. What can I say about the duck. It was delicious! But then again, so is most of the roast duck you get along the famous streets of Pudu or anywhere else good for duck in PJ/KL, for that matter.
I really could not tell the difference between this legendary Four Season’s Duck and the other roast ducks we’ve been eating in KL. However, it still tasted pretty decent and at RM30 plus for half a duck, it was value for money.
Hairy of course would beg to differ because 15 minutes into the eating he was looking around asking.. “Is this all?” AWOL had to pacify him with the reply “we’ll go have some cake after.. “ 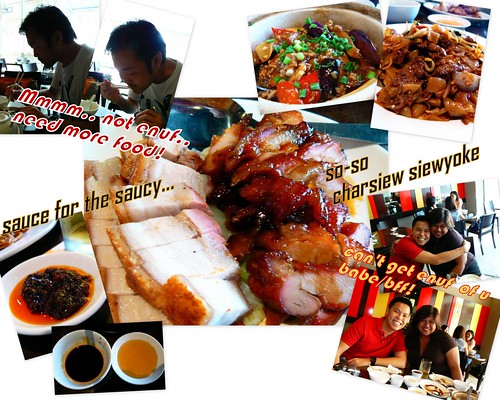 We also had the Siew Yoke and the Char Siew (very so-so). The fried kwey-teow lacked ‘wok-hei’ but the fried rice and the aubergine in claypot was excellent.

At approximately RM40 per head (with beer), the meal was satisfying enough, but not blow-your-mind-fantastic, if you know what I mean. 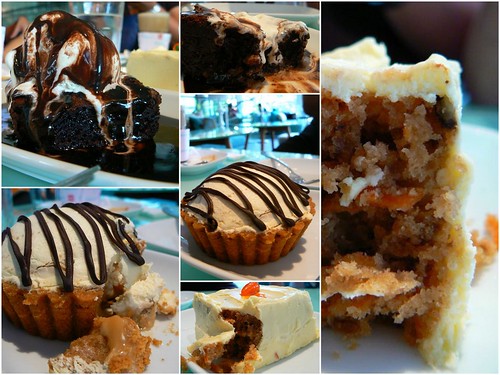 Walking around cap square we realised that there was no real good place for dessert. As hairy’s belly was still rumbling, we decided to head on out to Dua Annexe .. for some Delicious cakes!

My favourite of the lot was the choc fudge ice-cream brownie… all molten and dark and slinky and sexy and yummie.. and I wanted the banana split but everyone said that it was so “eighties la.., so passé ..” 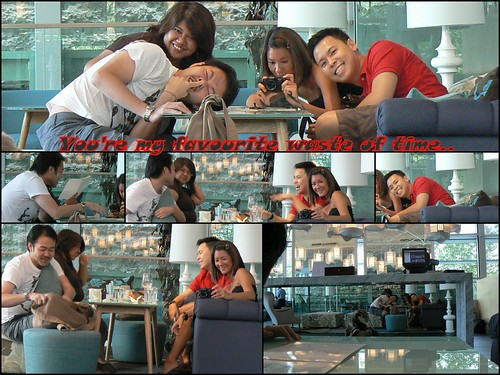 Trivia: 3 of us had our Flu jabs, one didn’t. Spot the one with Swine flu… (there, I add it.. happy now, Qwazymonkey?!:P)
Oh.. what a wonderful day out! Anyway, since I am so eighties and so cheesy (and so banana split-ish) and all that.. (don’t care! I like!) let me just quote the lyrics off one of my favourite tracks.. that sums up this lovely day out with my buddies!

This latest promotion, especially crafted for the ladies, is just too good, not to share. You see, Ladies night that occurs ever Wednesday, at…