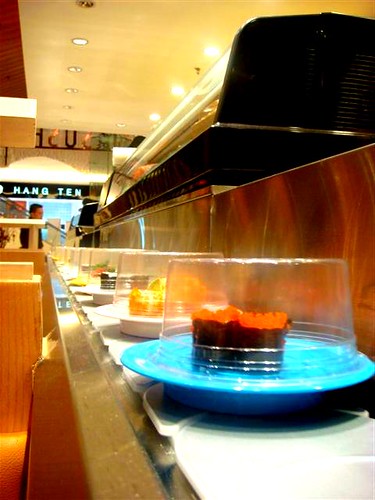 Sushi Tei from Singapore arrives at Tropicana City Mall!
We thought it would be a good idea to check out Tropicana City, as well as Sushi Tei, the first ever branch in Malaysia… kill some time over the weekend. 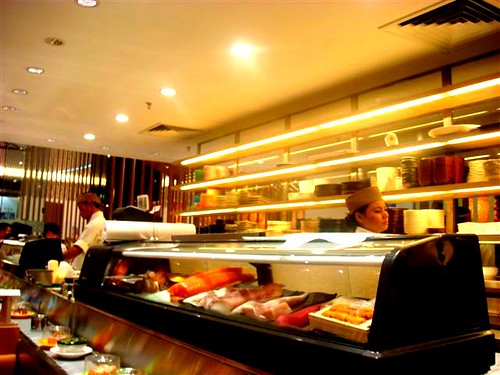 Apparently, Sushi Tei likes to think of itself as ‘no ordinary’ Japanese restaurant. It believes that it provides an ethereal and alluring ambiance to make eating here more than just a dining experience.

Well, well.. there is only so much soft lighting and a trendy interior can do, right.. so lets just get to the food.

This was what we found at the end of the meal.

THE GOOD:
1. Food comes relatively fast. There is an endless supply of dishes on the conveyor belt. No Gaps.
2.The portion of Salmon skin was HUGE for just RM6.00
3. The Mayo Cheese Scallop was sinfully rich and delicious. 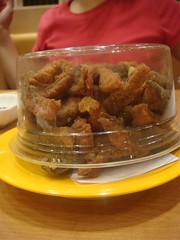 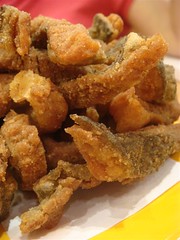 THE MEDIOCRE:
1. The Salmon skin was a tad hard rather than crunchy. The batter felt like it had too much msg and salt on it. (I like my salmon skin, just as it is.. deep fried salmon skin.)

2. The Salad leaves in the salads were not as voluptuously fresh as we would have liked or as green. The Seafood salad and the Salmon salad (RM12.80) come with a choice of sauce. We chose the Sushi Tei sauce (which is really rather similar in taste and colour to the Rakuzen special salad sauce at Rakuzen, but less rich and creamy. This one had a nice, refreshing sour bite to it..) 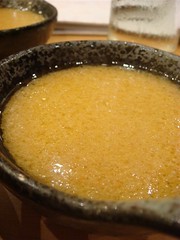 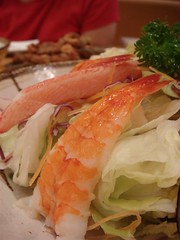 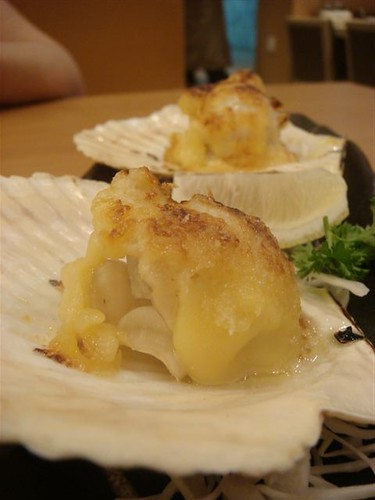 The Akagai (which is essentially the Red clam) was a blow to the wallet, i.e. RM28.00 for just a sliver of pink… and that was it.
Having said that, I would have paid that sum gladly had it been fresh. Unfortunately, its texture was soft and mushy rather than taut and chewy (like that of fresh shellfish), and its aroma was not unlike the lower deck of a fisherman’s boat left unwashed and in the sun for too long.. 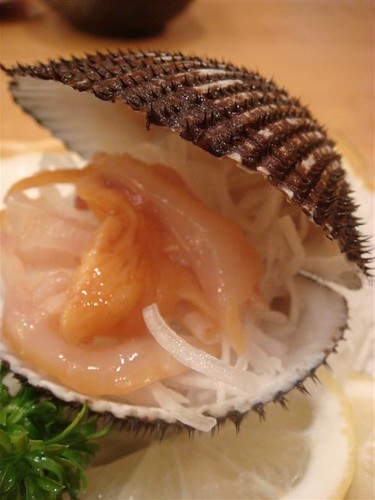 Finally, lunch at Brasserie Fritz and all three of us are starving. We usually pass this brasserie on the way to Mr Chew’s and…