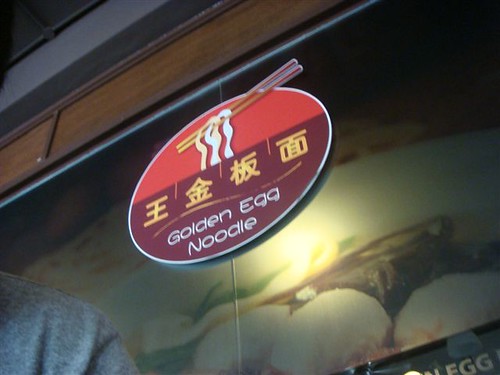 Golden Egg Noodle. We read about this place from Masak-masak and decided to go check it out. 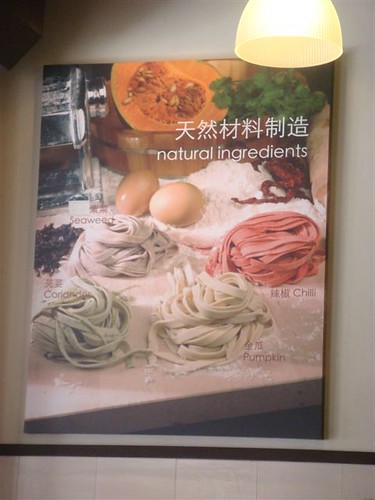 Sure enough, there was a ‘no camera’ sign, which meant that we had to be discrete about taking any photos, so we sat outside.
The interesting thing about this Pan-Mee restaurant is that it has a really colorful selection of pan mee due to the ingredients that they put in their noodle, i.e. Seaweed, Pumpkin, Chili or Coriander. 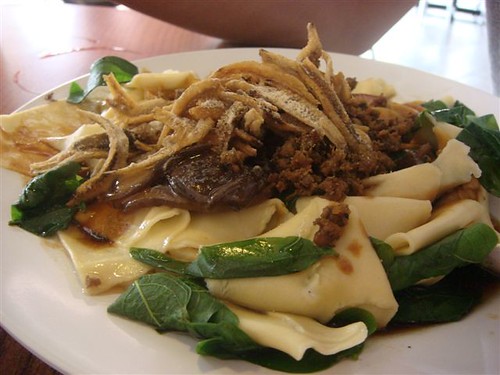 This was the ‘meet’ (torn by hand) pan mee that Cumi had. It was small for RM4.80 and lacked any true flavour. Pretty average. The noodle that was of the pumpkin sort, was overcooked and way too soft. The mince was overly salty. 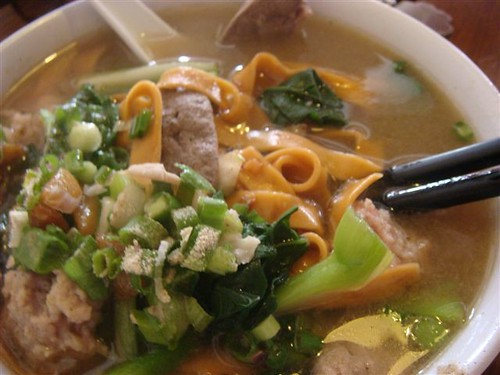 Since Cumi was having the Pan-Mee, I decided to have the pork noodle instead, utilizing the Chili Pan-Mee (the orange color one).

The flavour was better than the Pan-Mee but still lacked enough Chee-Yau-Char (Pork lard). The soup tasted artificially sweet, which may have indicated a lot of MSG! Still, at almost RM6.00, it was an average bowl of Pork noodle. 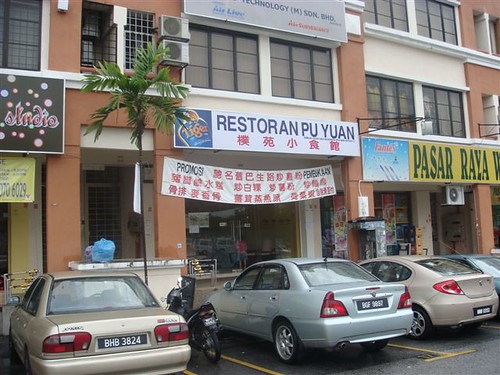 After lunch we went a-walk-about. We spotted something familiar looking – Pu Yuan. 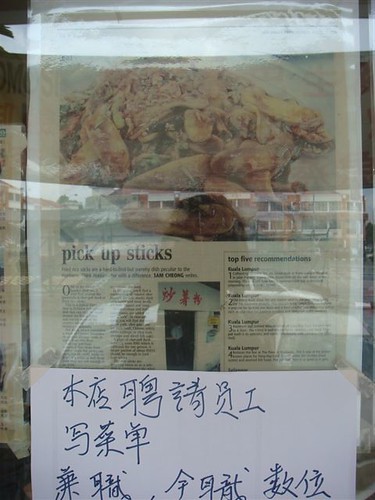 When we went in to have a closer look and to talk to the owners, we realise that this was indeed the same Pu Yuan as the Old Klang Road one , which is famous for its ‘Char Peak Kuay’ or fried rice sticks, in English. This is a famous Heng Hua dish, and one of our all time favourites, and we will be back to eat here! Once our stomachs are empty again 🙂
Add:
Golden Egg Noodle
23-01, Jln Kenari 19A
Bandar Puchong Jaya
Puchong
Food:6/10
MSG levels: high
Service:8/10

handy – the city guide on a smartphone .. PLUS win a trip to the Hong Kong Rugby Sevens!   If you’re planning to…