Gawd, I LOVE great pizza. I really do. 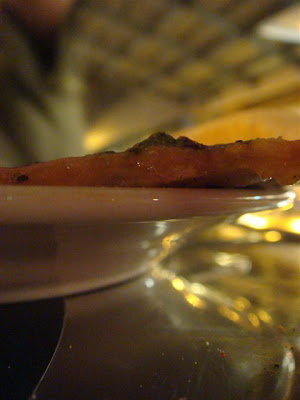 What’s bad about loving great pizza , is that you normally, are hard pressed to find ‘OK’, or even at best good pizza…

But great.. ah… that’s something else.

And great and cheap… near impossible! Right? wrong…

It’s Bianco restaurant’s most marvelous work.. it really is.

And what’s better than a great pizza? A great, affordable pizza!

This pizza only costs RM18 and is bursting with gorgeousness. 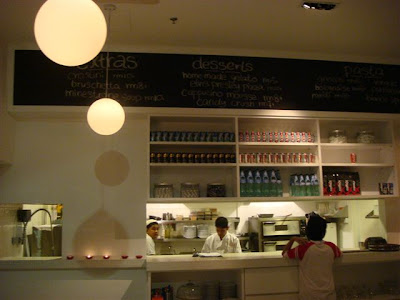 Bianco is located in Damansara Perdana, and looks like the most unlikely place to serve anything which will knock your socks off.

But if you ever visit the place, the pizza is a must. 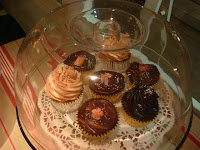 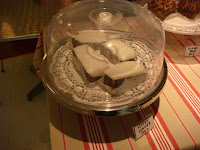 It’s got a cute selection of cup cakes and ginger cakes too.. 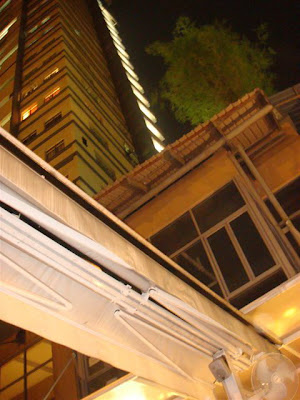 Bianco is mainly outdoor sitting, under the stars, or if it rains, it has a canopy handy.

The Duck Risotto sounded really exotic and exciting, but while it was nicely presented, the stuffing was way too salty and the texture of the risotto too heavy. 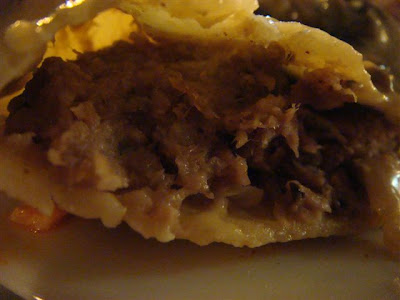 See.. generous with their filing.. but oh so salty!

The Marinara was also on the ‘so-so’ side. Nothing spectacular and lacking in that seafood-oceanic flavour…

And for dessert, as the grand finale, we had, the apple cinnamon mascarpone cheese pizza… Yup! sweet, sweet pizza… bring it on…

It was delicious (and that’s why i say, only the pizzas are worth the try at this restaurant), but we could not taste the mascarpone cheese … boo-hoo 🙁

I think it’s coz mascarpone cheese is way expensive, and that if they used it, Bianco would be force to hike up the prizes of their dessert.. don’t u think? 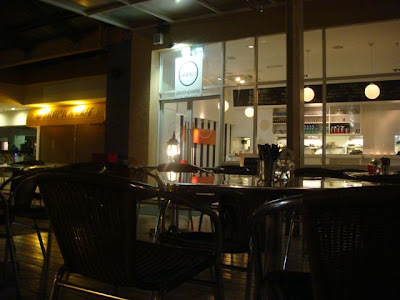 Then.. as we were sitting there, under the moonlight, digesting our food…

my friend whips out her new HTC Touch…

It’s gorgeous! Totally a chick’s phone. The white one that is..

(they also do it in a sleek, sexy black that guys may like i suspect…) 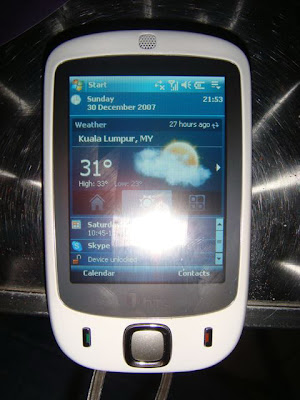 Cute right? Even has the sun and moon to tell you the week’s weather.. 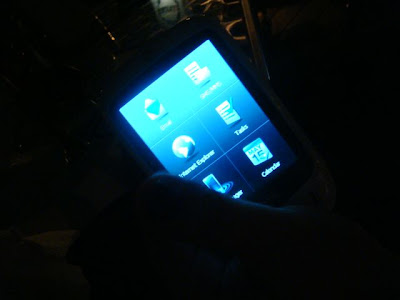 And the coolest part… is that it has this touch flo interface.. like the ipod…

Just slide your thumb over the screen to move the icons.. 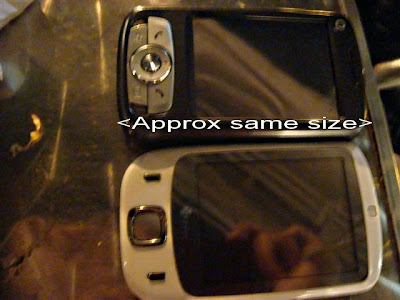 And then, my OTHER friend decided to whip out his mobile phone the O2, because he was feeling left out..

But the HTC is like a zillion times lighter… 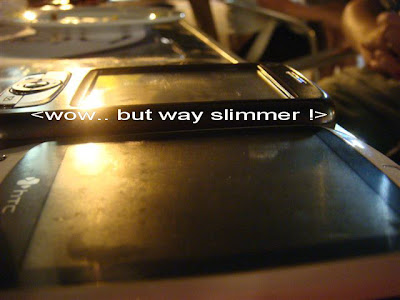