It’s always such a porky affair.. 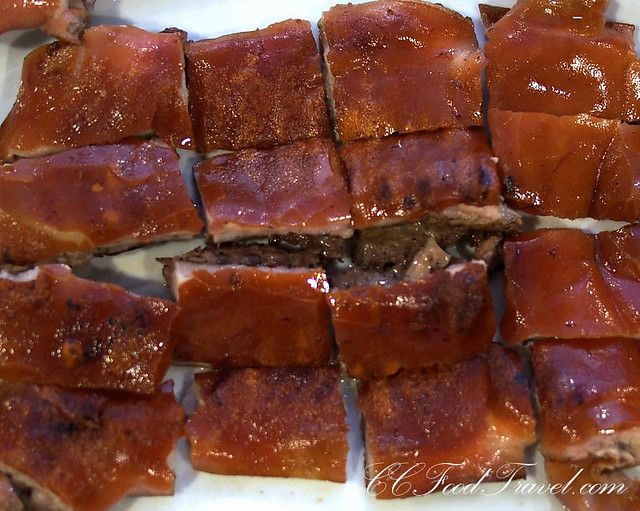 I know I will definitely eat my fill of suckling pig and oh, for the love of crispy crackling skin! 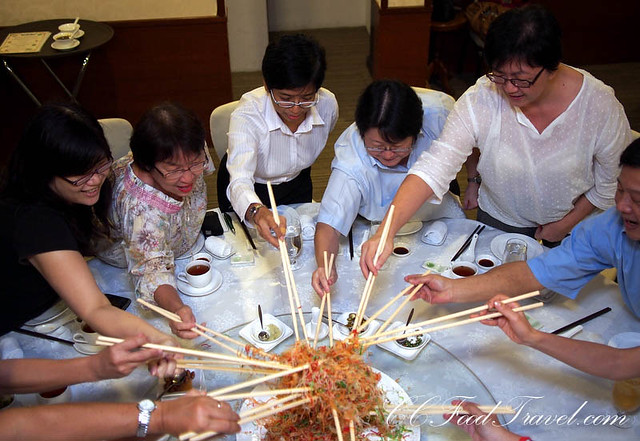 This year’s menu was a bit of an experimental menu , thrown together by the Chef..

But first the Yee Sang. 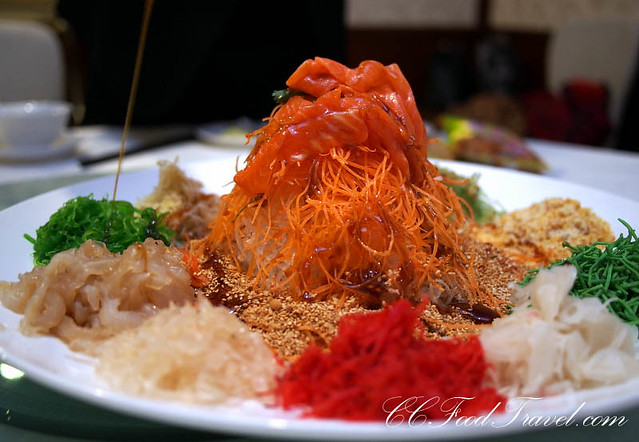 First dish for the night – Yee Sang. This dish usually consists of strips of raw ocean trout mixed with shredded vegetables and a variety of sauces and condiments, among other ingredients. Yee Sang literally means “raw fish” but it could also mean, an increase in abundance.

I like Yee Sang because it is mad fun. Half the mayhem is in tossing the salad with chopsticks.

Ah yes indeed, every year’s “lou sang” is boisterous and fun.. with loads of laughter and banter. We get together and reminisce over the year that’s gone, and talk about our hopes for the new year. 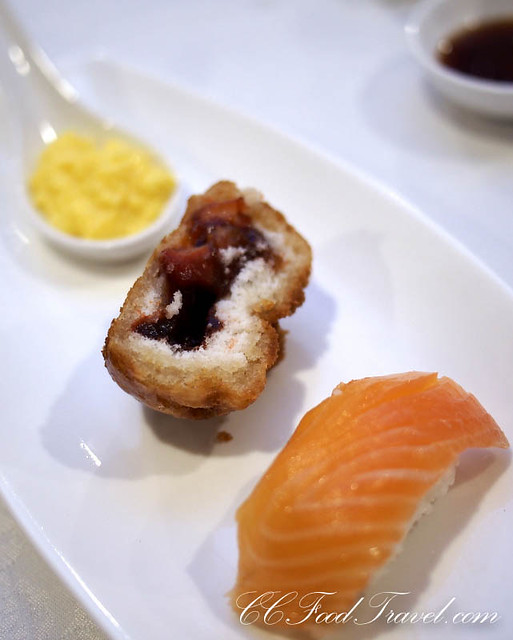 Then came a lovely appetizer called the special three combination. My favourite of the lot was the deep fried barbecue pork bun – it tasted like a deep fried pork bao, loaded with chunks of charsiew (bbq pork). The scrambled egg with truffle oil was delicious as well- the chef says that the secret is in the way you make the scramble – do not over cook the egg. The smoked salmon sushi was fresh, firm and invigorating. I loved this trio – the perfect start, to to the meal that was about to unfold before us, I reckon. 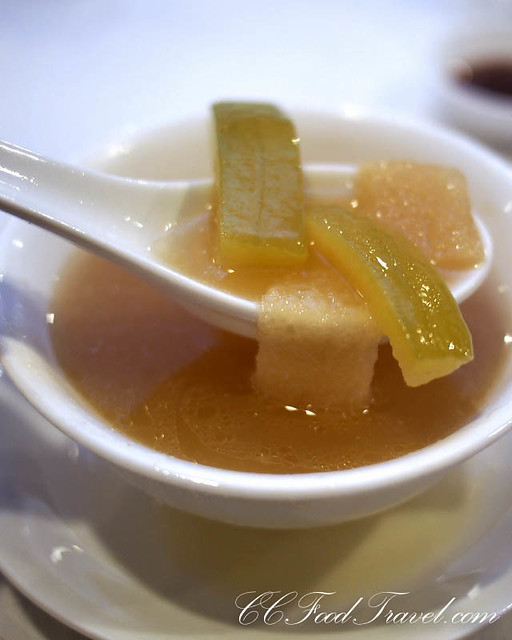 Rest assured that no fins were consumed at this meal. This double boiled shark bone soup was murky with flavour and the fish maw and bamboo piths added sweetness and texture to the soup. You could tell that this soup had been double boiled for ages, till it almost resembled a concentrated essence. 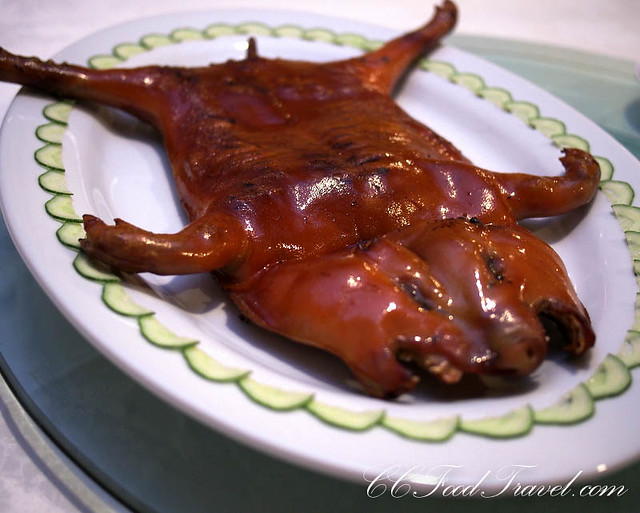 Suckling pig is my absolute favourite, and I wasted no time, digging into the little piggy. This pig was sourced from Vietnam and it had the most succulent meat under the perfectly roasted skin. Most pigs are just skins and bones, but the Chef at Chef Choi made certain to select the pig with meat on it. The crisp skin forms an outer layer, nestling tender meat beneath it. It’s fabulous as it is, or some might choose to have it with a sweet sauce. 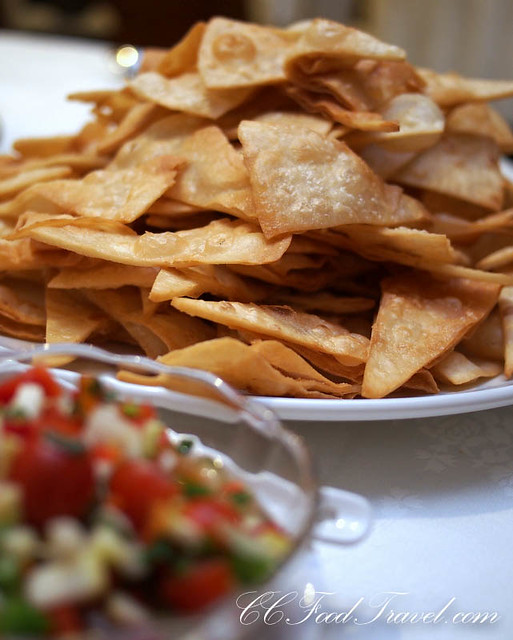 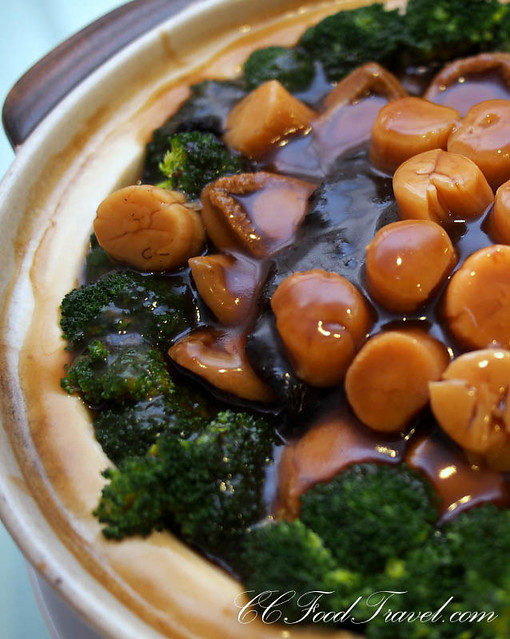 There’s more to this dish, than meets the eye .. 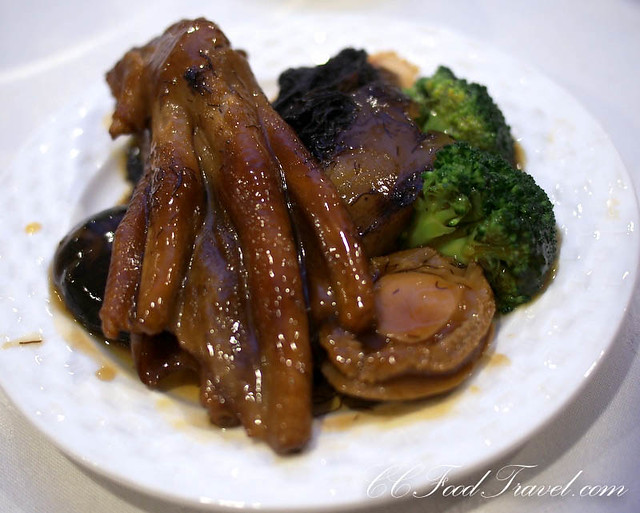 Digging deep you will find a huge collagen resource in the form of Goose Webbed Feet! If you think this dish looks gross then you’re missing out. Silky-smooth and collagen-rich webs are a delicacy.. and braised abalone with webbing from duck’s feet is definitely a rare luxury.

I think everybody should learn how to eat these! 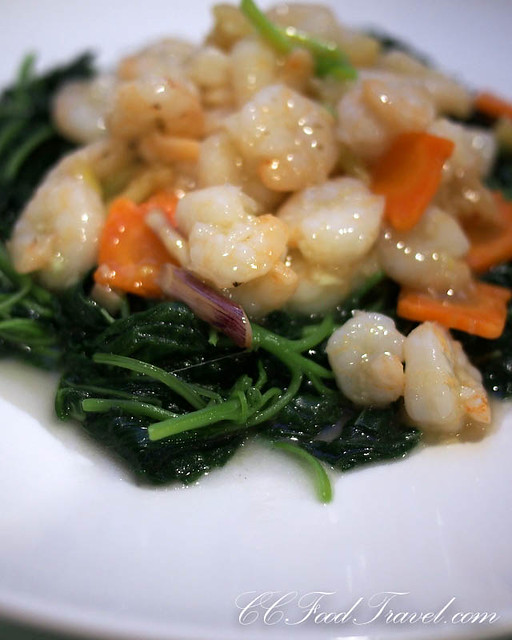 We had two lovely vegetable dishes to balance the meat heavy dinner.. 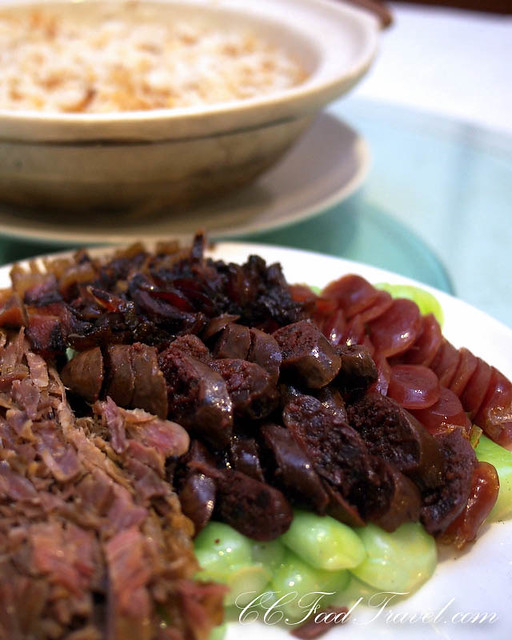 Steamed rice with Sausage and Waxed Meat in Claypot

And then it was time for one of the nicest waxed meat rice dishes (Lap Mei Fan) I have had this year. The Steamed rice with Sausage and Waxed Meat in Claypot at Chef Choi is bursting with flavour, without being salty. Lap mei fan is essentially claypot rice made with well, Chinese waxed meats. A simple seasoning of rice wine and some soy is used to mix with the rice and waxed meats and there you have it, a heartwarming simple and comforting dish for all to share. I like it when the rice starts to take in the juices from the waxed meat. The key is to have some crispy rice along the edges of the claypot that adds some crunch to the dish. Dig into the rice mixed with chinese sausages, duck, meat and liver sausages and know that this world is a better place for it. 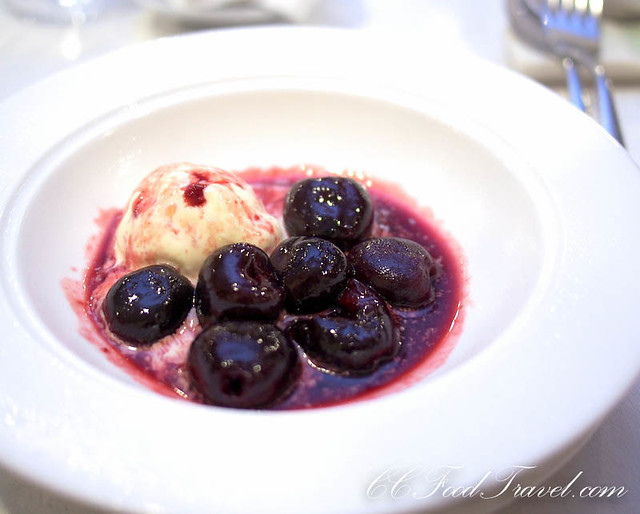 A quick live demonstration of how you make Blue Cherry’s Jubilee, and a moment later, the final dish of the night was served. Dessert was delicious.. black cherries are my absolute favourite.. they literally exploded with juices and complement the ice-cream oh so well.