Peking duck was once a special event. In my household we would all make a concerted effort to go to one of a very limited number of restaurants, and you mentally revved up for the occasion in advance, often having to place your order for the duck 24 hours ahead of time. Peking duck wasn’t something that one pulled off in a jiffy. 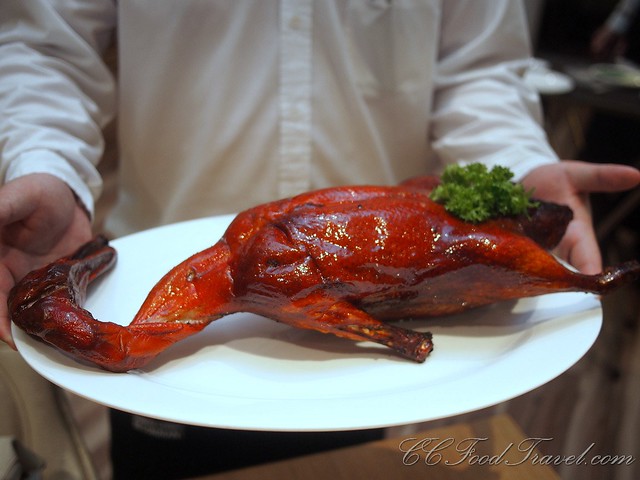 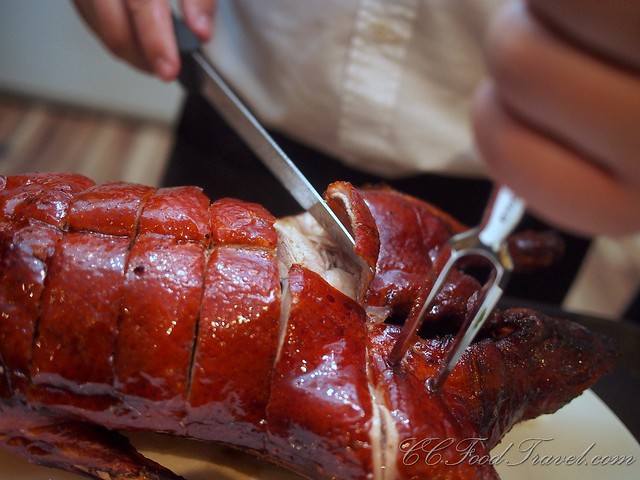 Anyway, in the course of my travels, I have had the honor of eating Peking duck in the motherland (China) – ah yes, the Beijing version is really hard to forget. Obviously the best I have ever had and since I’ve been spoilt by the real McCoy, I find that many restaurants in KL get the glistening, crackling skin right only to muff the thin band of meat just beneath, or they’ll keep that meat moist and muff the skin, which won’t be crisp enough. Ah yes indeed, Peking duck is all about crunch nuzzling up to tenderness, with fatty richness unifying the two. And, as I mentioned, it’s not easy. The process may include pumping air into the bird to separate the skin from the meat, dousing the bird with boiling water, hanging it for many hours, and on and on. A restaurant kitchen has to make a real commitment to Peking duck! 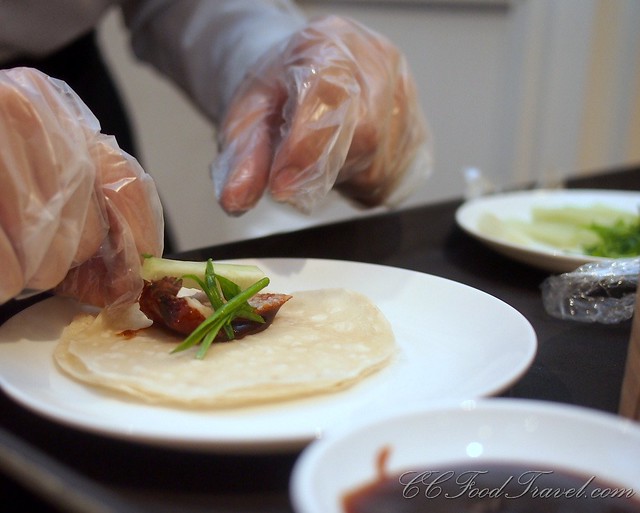 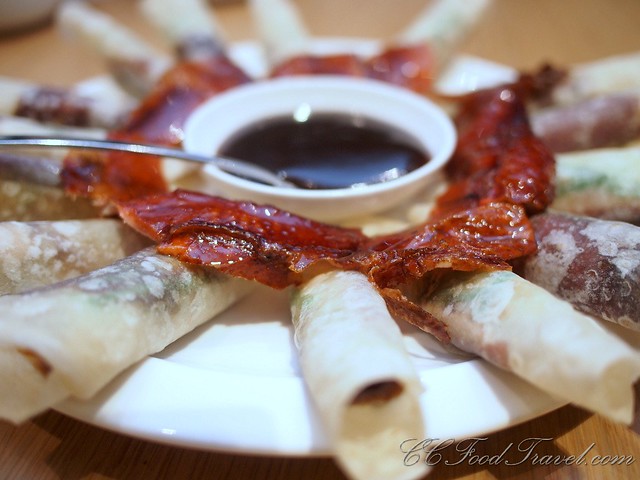 Ah anyway, back to the Peking duck I recently had the joy of devouring at Empire Hotel’s Chinese restaurant, Di Wei. The duck here is fab, and really was value for money, priced just under RM40. The skin-meat contrast was ideal.. flawless, really and we gobbled up every last morsel. Of course, as with all good Peking duck, it comes with pancakes and juliened vegetables, spring onions, cucumbers and what have you. I have to say I don’t like these pancakes much. Once you’ve folded the meat and scallions and cucumber inside them, you’re left with what feels like a floppy burrito. A waste of space really. So, here’s my Peking duck confession: I never stick with the pancakes for long. After making one or two proper Peking duck constructions, I just start eating the duck on its own! If the duck is prepared as well as it is at Di Wei, and you’ve got an appetite for undiluted fat and crispy skin, then this is a great way to go! Later they serve the meat of the duck to you, stir fried with vegetables and that my friend, is called, having your duck, and eating it.

We then moved on the dinner.. 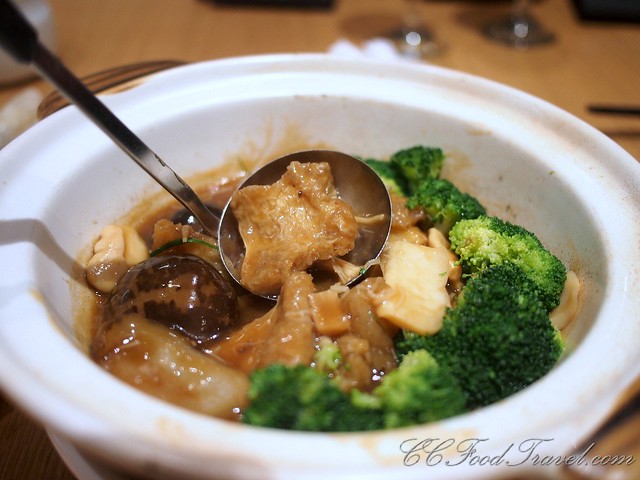 This dish was superb. Fish maw is my absolute favourite, and I loved the flavour of the sauces and the tenderness of the braised elements in the pot. Very nice indeed. 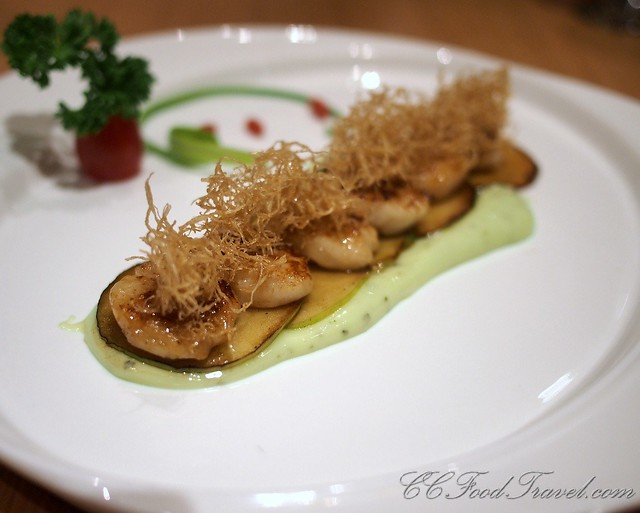 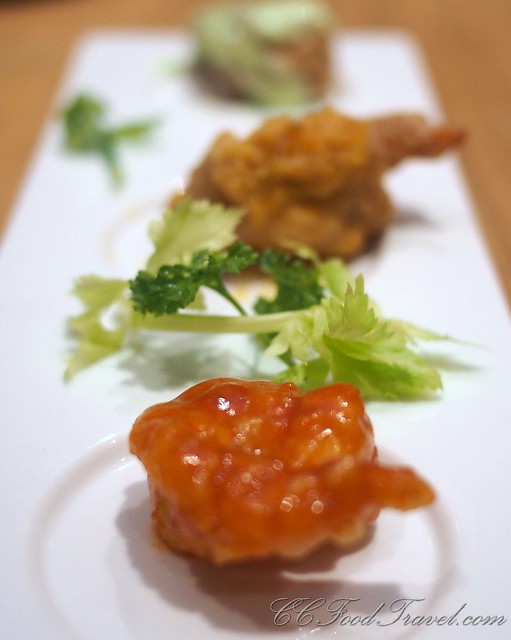 Not bad – the final style was an acquired taste I must say, I prefered the first two. 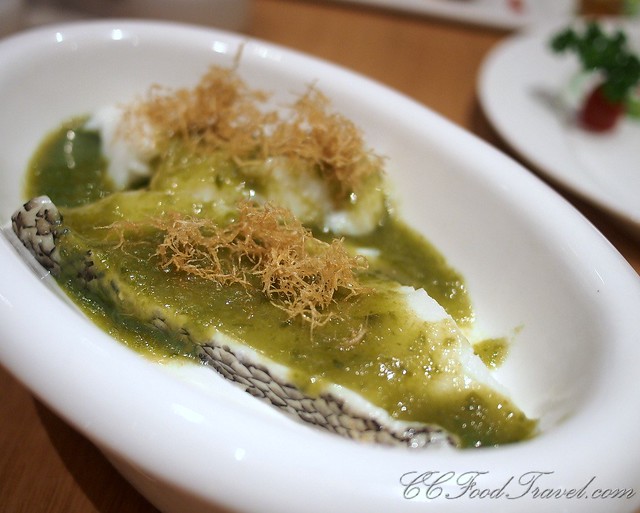 This cod fish arrived drenched in an interesting green colored sauce, made form spring onions. A great dish – I really liked this one. 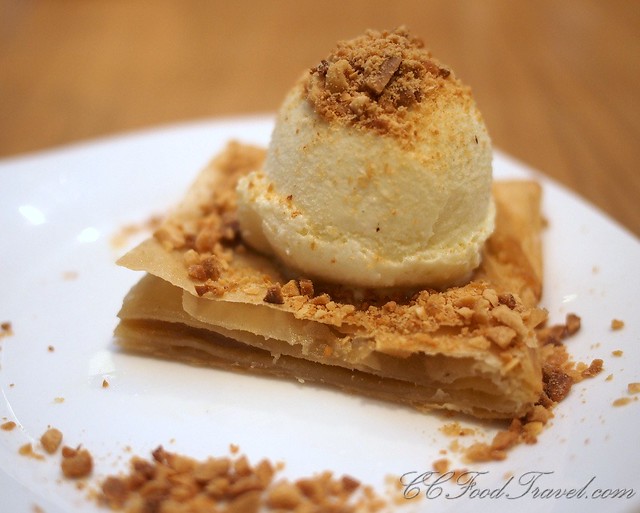 Finally, time for dessert – this one is the chinese pancake with ice-cream. No complaints here, but I wish there had been more! 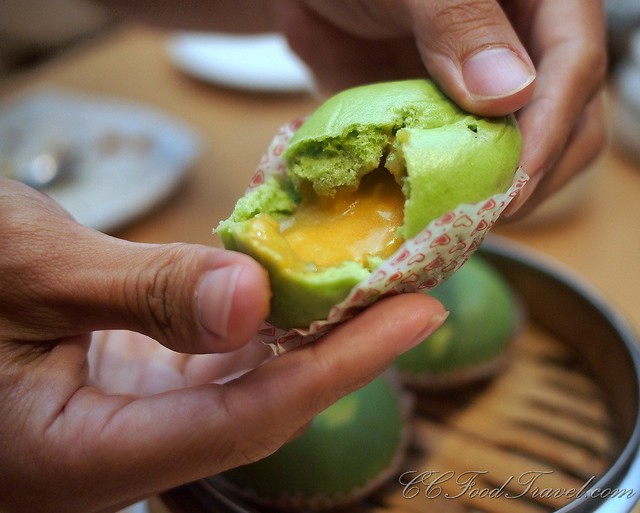 I did not like the green tea flavour too much – I figured it overpowered the lau-sar, and I do love tasting my salted egg in the bao, otherwise what’s the point, right? 😉

All in all, Di Wei is in fact, a rather good Chinese restaurant. I was surprised that I had not eaten here sooner. The place was not really packed either due to the fierce F&B competition just downstairs- I am talking about the shopping center of course. This is a shame and more people should patron this restaurant. Great food and at affordable prices too. At Di Wei Chinese Cuisine Restaurant, you can be sure you will get to sample traditionally prepared Chinese dishes that is a mix of Cantonese and Shanghainese cuisine. Apart from an extensive selection of Chinese tea leaves, Di Wei Chinese Cuisine restaurant also offers wine aficionados a wide range of imported wines that are showcased in a modern glass rack.

The service at Di Wei was efficient, and after we had finished eating, a ritual that took around two hours, it was time to go home. Wow, where had all the time gone..? I guess we had been too busy, and happy, with our meal, and with our golden duck to notice the time fly by. We will be back to check out the dimsum!

Man…we’ve shopped ALL day… our backs (and bags) are killing us… come on… Open ALREADY… ! 4pm and we haven’t eaten since breakfast… hypoglycemia…