Today’s Travel Tip is on Barcelona, and comes from my buddy Sue, who is Malaysian but has lived in Barcelona for the longest time. Practically a local, she writes on the best time of year in Barcelona, spring that turns into summer..

Bikini season beckons in Barcelona, Spain. Well…Barceloneta actually, which is just a stone’s throw away from the shimmering emerald Mediterranean sea. Spring is but a corner away, so uncles, aunties and hotties are gearing up to look swell in summer. 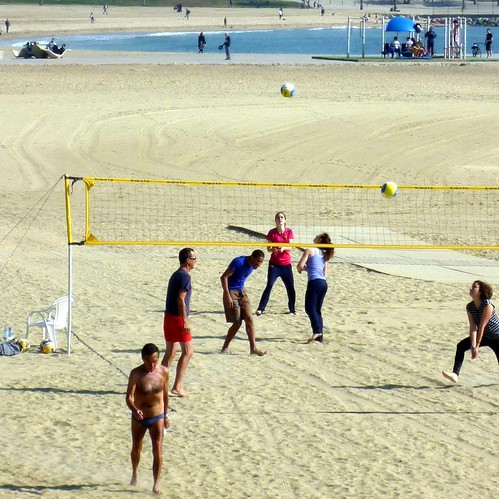 This uncle walking past on the left, is a fearsome fixture on the beach

Here we go, a glimpse of street fashion by really cool people who have no need for that latest Prada ostrich tote bag or iPad you treasure. These are humble folk, who, in the face of a long crisis besetting Europe (meaning better travel deals too, and a relatively stronger Ringgit) are determined to put their best foot forward, soak up the good old sunshine and take on the world again come Monday. For the moment, Saturday mid March 2012 lasts an eternity. 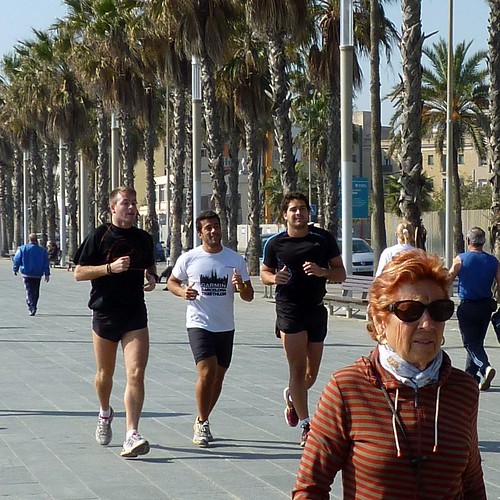 hotties on the beach.. real posers, some where along the line, they lose the shirts!

There’s a gamut of bodies on the roll: fit young cuties with tight butts; steady, sturdy folk who build up a constant, hypnotic cadence; and of course, the wild and loopy. The beauty of people-watching is — apart from fulfilling that voyeuristic nature in us — that it raises a humbling thought: these weekend warriors are so totally unselfconscious and are just plain keen to get going and keep moving to the rhythm of their hearts and soul.

What comes after such happy exertion? Charcoal-grilled sardines and a bottle of ice-cold Free Damm (the local alcohol-free beer), or even better, a Buckler Sin. Hubby and I on the other hand, went straight for the winter trio: grilled artichokes, luscious tomatoes and peppers…with fish and more fresh fish straight from the harbour. 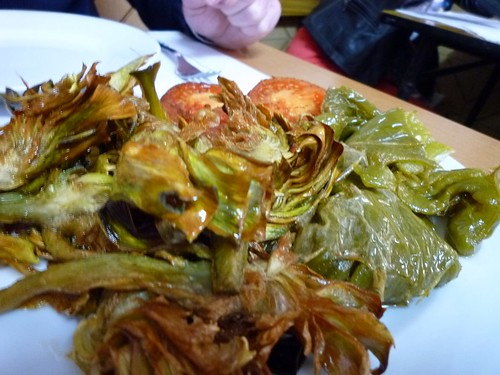 Hmmm, I just had a thought: where’s that old man who goes about stark naked (strategically waxed as well) on a shiny red bicycle? And, more importantly, where does he keep his keys? What about those three He-Men, who simply adore attention as they go about running in tights, bare-chested of course in broad midday when they’ve got audience? So absolutely cool, or so they think.

And that is why spring is the best time to visit me, in Barcelona;)

Sue is a Malaysian writer based in Barcelona, Spain. She can be reached at suechien.lee (at) gmail (dot) com or, Follow her on twitter – @suechienlee. All photos in this post are credited to Sue.

One of the really cool places in the city now for Sunday brunch, is located at the WOLO Hotel in, downtown Kuala Lumpur. Mr….