This weekend has been hectic for me. However, I did manage to shake the hand of Barry Marshall and arrive back in KL in one piece! Anyway, showing some important people around KL, I have to say how I love Bukit Bintang by night – it looks so awesome and is really something to be proud of. I like how the main ‘strip’ has been cleaned up and has this swanky vibe to it. Most KL-lites would be familiar with the recent infestation of “bears” just outside of Pavilion KL. I am of course referring to the The United Buddy Bears World Tour. Physically, these giant Yogi Bear look-alikes are a series of painted, life size fibreglass bear sculptures. 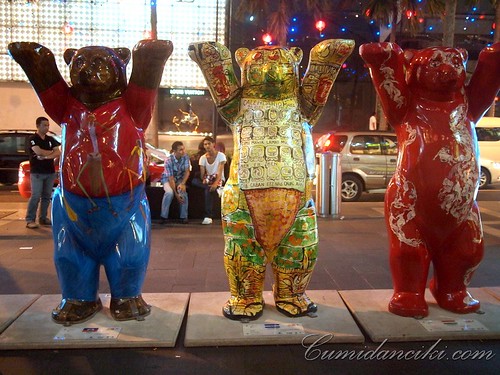 the peaceful bears.. outside Pavilion KL

There are many people who don’t know what or who the United Buddy Bears are. Some incorrectly assume that the bears are a set of stuffed toys for kids, while the more discerning understand that they are part of a peace-promoting mission. In other words, the United Buddy Bears are ambassadors of peace. The United Buddy Bears are an international art exhibition with more than 140 two metre tall fibreglass bears. Under the motto – We have to get to know each other better, it makes us understand one another better, trust each other more, and live together more peacefully more than 140 countries acknowledged by the United Nations are represented, promoting tolerance, international understanding and the great concept of different nations and cultures living in peace and harmony. The bears stand hand in hand in a peaceful circle. 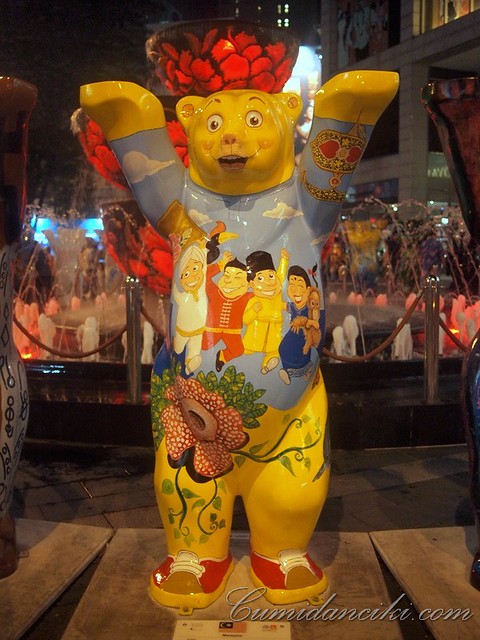 The bear that represents Malaysia – multiracial yet harmonious

One important prerequisite for this international unifying project is to choose artists from the individual countries — for the circle to reflect the diversity of the cultures of one world. The observer learns about the culture, the history, the people and the landscape of the individual countries — large or small. Hence the United Buddy Bears circle has become a platform for even the smallest and poorest countries which frequently remain unnoticed. 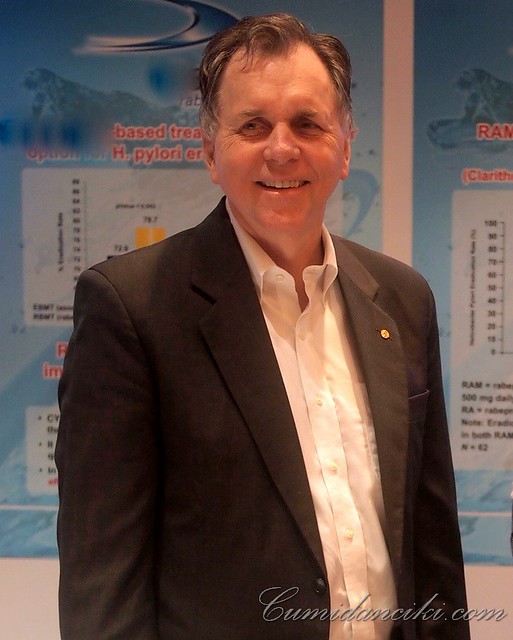 I recently met the great man himself, Australian physician and Nobel Prize laureate, Barry Marshall. He proved that the bacterium Helicobacter pylori (H. pylori) is the cause of most peptic ulcers, reversing decades of medical doctrine holding that ulcers were caused by stress, spicy foods, and too much acid. But the reason why he is my hero is because, back then when he was a young doctor and nobody believed his story on this bacteria, he actually had the conviction to drink and swallow the bacterium to prove his theory, when he developed stomach ulcers himself! Wow.. isn’t that dedication. Anyway, we also talked about other stuff like his home town Kalgoorlie in Western Australia (WA) and the whaling industry in WA. So, he really is, a rather cool guy;)

What are these monkeys doing? What is this lady looking at? It’s Mr Chiam’s Goreng Pisang Stall (Banana Fritters) and we are hungry! One…