Barcelona brims with personality: we have the up-and-coming Carolina de Santis of videotrueque and her rather bohemian clients, for example. Need to run naked with a Goorin sombrero placed strategically to promote your brand? (This is the ‘before’ shot, below). Sure can do. As said of the video, “Correr desnudo por el Raval sólo con un sombrero Goorin y unas zapatillas maians para promover tu negocio no es sólo osado, sino refrescante y admirable”. Bold? Certainly. Admirable? Hmm… 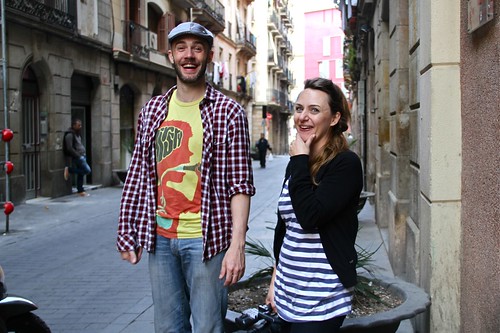 Having lived in Barcelona, Spain for four and a half years, I’ve grown accustomed to our cranky neighbours who often upset their long-suffering dog Cookie. Contrast that with the uber-cool people on the high streets, scruffily dressed hippies and a gamut of tourists from all corners of the world, and we have the makings of a new Pedro Almodóvar film.

That said, surely there’re lots to do for you elegant folk. Por supuesto.  First things first in this Top Things to Do in BCN if you only have a week or so. For affordable accommodation, check out Equity Point Hostels. Equity Point Gothic hostel, for example, is located in the Ciutat Vella district, “the oldest part of Barcelona, famous for its historical monuments, narrow streets and bohemian atmosphere”. For something more upscale, with character but reasonably priced at about €100 per night, there’s Banys Orientals, my favourite, in El Born. Spotted by Locals is a good starting point for going about like a non-guiri (local).

2. Barceloneta and the beach

Can Maño in Carrer Del Baluard 20, Barceloneta, 08003, is THE place for fresh fish. This “small giant” serves honest food and is very popular with tourists and locals. Bernardo, the owner, runs the place with daughter Pili and son-in-law Francesco from Sardinia, charges truly decent prices. A meal for two plus beer and coffee (Pili makes the best!) would cost €25-35. You can expect to pay at least 40% more along the main road in Passeig Joan de Borbó. Walk it off on the beach, and perhaps engage the locals in beach football.

Walk toward Santa Maria del Mar for a respite or prayer. Then, explore the old area of El Born where you can indulge your sweet tooth at Hofmann Pastisseria, calle Flassaders 44, after visiting the Picasso museum on calle Montcada.

If you’re into shopping, then Passeig de Gracia in the Eixample is the main artery for Jimmy Choo’s to Camper and other vanguard styles. When you’ve done exploring the parallel road – Rambla de Catalunya – and have had enough rooftop gazing, head for Taktika Berri which offers one of the best Basque pinchos (loosely translated as tapas) in town. Go early before 8.30pm for dinner and be prepared to elbow your way in to get a front row seat. And w-a-i-t for the good, hot stuff. 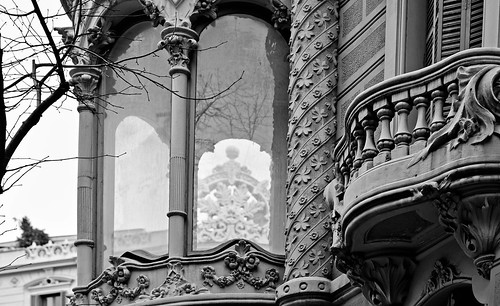 View of a balcony in the Eixample. Photo credit, Salvador Altimer

La Pedrera has free exhibitions that move the soul. The Eixample is the quarter designed during the middle of the 19th century by Ildefons Cerdà, expanding the medieval city of Barcelona into space left empty for defense outside the citywalls. It contains most of the modernist buildings, including La Pedrera, Casa Batlló and La Sagrada Família, stunning renditions of a visionary, humanist and saint (if I may be so bold to add).

Festivals, events, and a thriving nightlife abound. So again, your best bet is to check out Spotted by Locals ,or if you’re up to it, Couchsurfing for upcoming events. By the way, what makes great coffee (to keep you up all night)? A happy tostadero. That’s Dani, carrying a friend’s daughter Paula, by the toaster in Bon Mercat, an institution with the morning crowd and those resisting the siesta.

There’s much to see in Montjuic, southwest of the city It’s worth taking the cable-car up there and the funicular down to Plaza España. Then, take a breather in the much-beloved Caixa Forum, designed in the Art-Nouveau style by the architect Puig i Cadafalch during the industrial era. “Exhibitions have been devoted to artists such as Dalí, Rodin, Freud, Turner, Fragonard, Hogarth and Cartier-Bresson”. And the inimitable Miquel Barceló recently brought us into his world of sensitivity and humour. 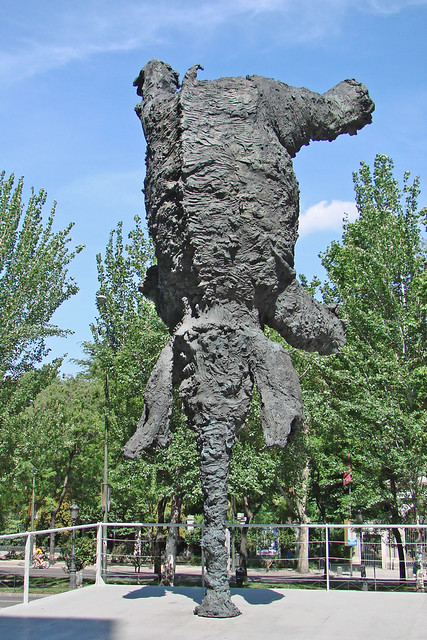 Photo credit (of upside down elephant by Miquel Barceló), Dalbera

7. Lush wine in the Priorat 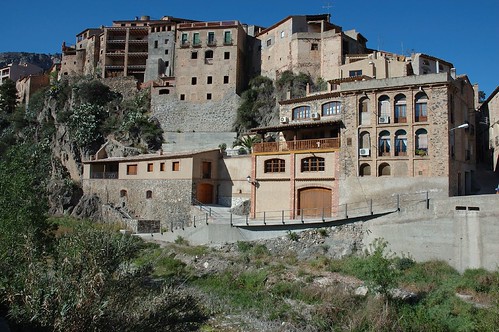 When you need to touch the good earth and taste lush wine, head on to the Priorat region, south-west of Catalonia. “…Priorat wines…have a rough hewn character but are as sophisticated as any top Bordeaux, with a signature graphite bite and dense, inky texture reflecting soils that are a stark contrast to the organic turf in the Montsant Denominació d’Origen that surrounds Priorat’s hills.” – Los Angeles Times.

For wine tours, ranging from the luxurious, to a one-day taster, do explore the Priorat Tourist Board and contact suechien.lee (at) gmail (d0t) com

About this week’s Guest writer:

Sue is a Malaysian writer and editor based in Barcelona, Spain. She has a keen interest in cross-cultural understanding and making Southeast Asia known in Spain. Follow sue on twitter- @suechienlee

One of our all time favourite places to eat is in the vicinity of Puchong. Why? Because there are just so many restaurants to…