Pyongyang is a chain of restaurants in Asia operated by the North Korean government, for whose capital the restaurants are named. Pyongyang restaurants are found mainly in China near the North Korean border, but in the 2000’s the chain has been expanding into South East Asian cities including Bangkok, Jakarta, Pattaya, Phnom Penh, Siem Reap.. which brings us to this post. You see, there is one, here in KL as well.

Pyongyang serves North Korean food, including kimchi dishes, Pyongyang style bbq meat dishes, barbecued cuttlefish and hot and cold Korean noodles. The feel and flavour of Northern Korean food is not unlike that of South Korea except perhaps it is a little more strong tasting and greasier. It also has a less refined feel to it – hearty dishes that warm up the body, as if eating is just a means to an end, i.e. filling up the stomach. Oh, and we also could not resist knocking this down.. the infamous North Korean product .. the ginseng wine, which holds an unlabelled aphrodisiac claim. However, if you look at the 40% alcohol content, it would either make any red blooded man randy or knock him out all together. If you’re lucky, the former before the latter, in that order;) The prices of the food were not exactly cheap – around RM60- 70 for the meat dishes, and bloody exorbitant for the wine – something like RM175 for a small bottle.

The staff are attractive, young North Korean women in traditional Chosŏn-ot dress, who also perform karaoke as well as song and dance routines in the style of the North Korean Mass Games for the customers. I was really shocked to see so many gorgeous, sweet young girls serving in this well, somewhat, dilapidated restaurant. Government propaganda, pervasive in North Korea itself, is not overtly present in the restaurants, though photography is a grey area. First they say yes, then they say no. Ah yes, we learnt this the hard way. You will see from the photos that we had to cut short our photo essay of Pyongyang Restaurant. A lovely Korean lady waitress asked us, oh so politely, to put away our cameras. As a sign of respect, we complied. 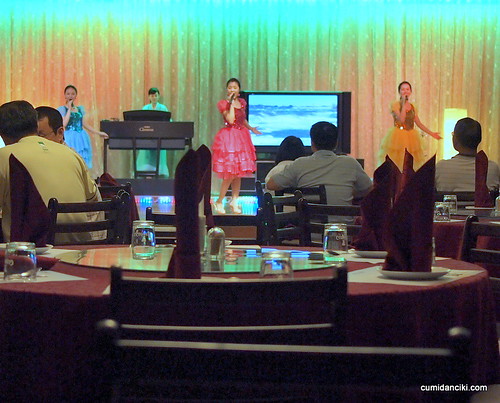 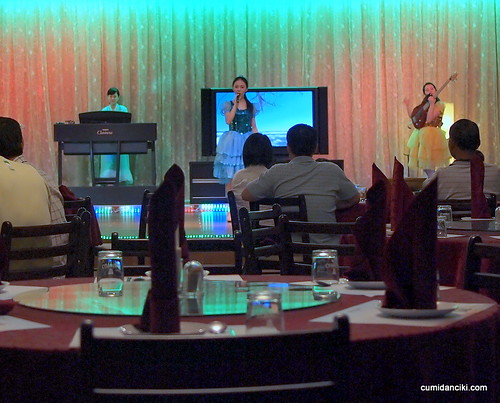 This had us completely gob-smacked. The girls do an amazing rock number and the one on the right is rocking the electric guitar! Wow.. no faux guitar playing here. It’s the real McCoy. 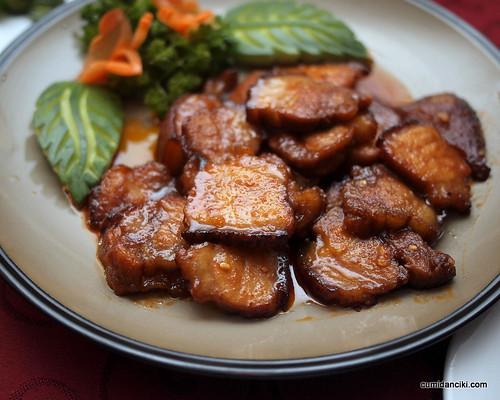 Pork belly in sweet and spicy bean sauce… killer fatty, but oh so good. Was a little too greasy for me, even by Chinese standards.. 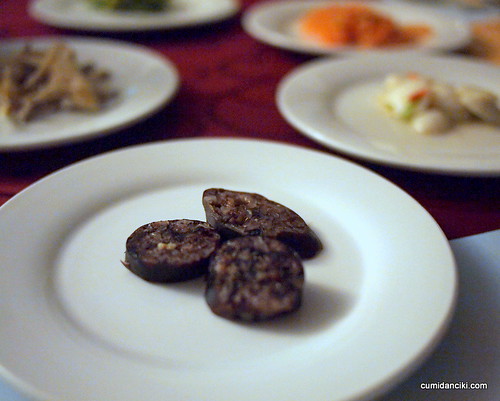 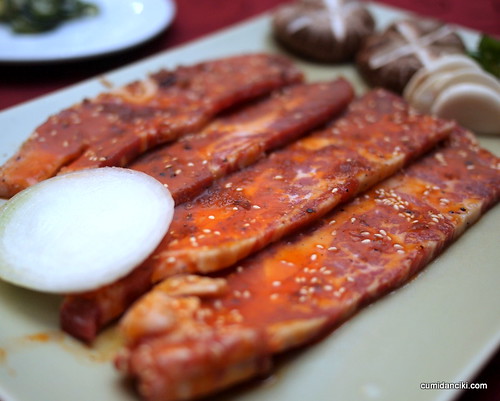 strips of beef loin.. again fatty and greasy and marinaded with an extremely spicy kimchi sauce

We also had some rather nice seafood noodles and other dishes but were unable to take anymore photos.. too bad. 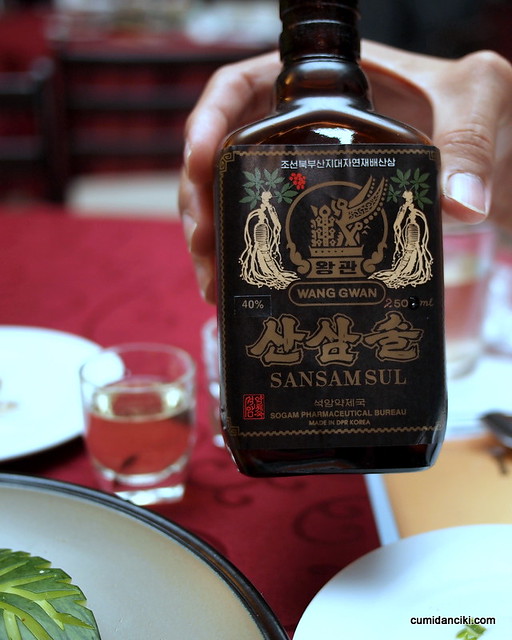 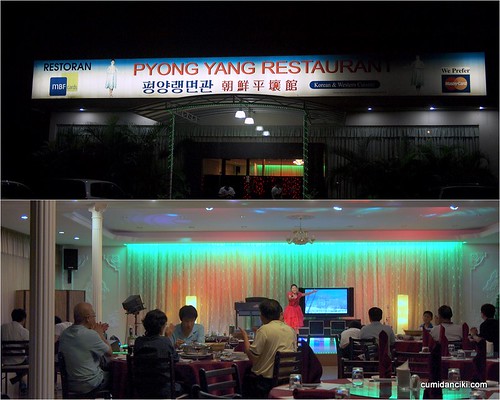 Cumi asked me to write this.. that he is organizing a Pyongyang Appreciation night (Men only). If you want to join this week’s entourage please call him to sign up! Hahaha… 😛

Sometimes, fate brings you to a place, different from the intended. We have our regular haunts in Pudu, places where we eat pretty frequently….