Ever had a place catch your eye, but never the time to stop and check it out? Well, Restoran Setapak Teochew has always been sidelined, not by choice but due to the fact that we are always rushing off to some other place, and always just missing out eating here for some reason or other. Cumi says “Look! it’s so packed .. we really need to try it”. I’m like “Sure, the next time we pass by this way, we must”. Well today is finally “that day” cometh, and today we get to eat at Restoran Setapak Teochew. 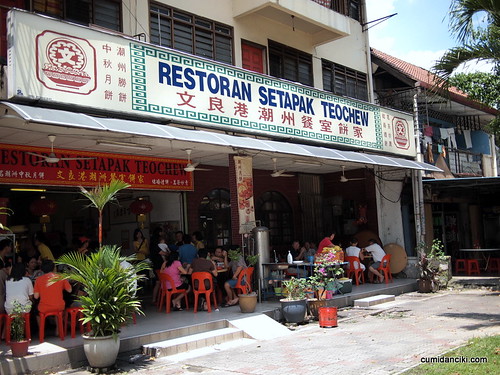 Mr Ng, the owner, says that his restaurant has been around since 1912, which makes this shop exactly 100 years old this year. Wow, isn’t that something. Yes, Ng’s family had been doing business in Setapak for four generations and the place is still packed to the rafters. We had to wait a good 10 minutes before we could find a seat.. don’t even talk about the waiting time between ordering and actually being served.

The speciality here is of course, their own homemade, Teochew style fried noodles. They do Teochew noodles in every variety here. They serve a fabulous signature white bihoon (vermicelli), and the Hokkien mee (flat thick yellow noodles fried in black sauce) is also another hot favourite. The reason why the white bihoon noodles look that way, is because it is not adulterated with any black sauce. Still, the dried baby shrimp, fish cakes and meat, work together, better than you can imagine,  to impart a wonderful flavour and aroma to this fair-colored noodles. Initially, when I first walked past a table eating the white bihoon, I took one look and told Cumi that it looked rather anaemic and I thought it probably tasted flat. Which just goes to show- never judge a noodle by its color.

The Hokkien mee itself is of the thick strand variety – something that’s getting more scarce and hard to find in KL these days. Those who have grown up with the “dai loke meen” will appreciate the texture and generous girth of these noodles. Fried up with the lard and allowed to braise and simmer till the noodles imbibe all the dark sauces and flavours, this Hokkien mee is definitely in our Top 5. The foo chok served as a starter is of standout quality too. You will see from the photo below that the foochok is of the softer sort, and they fold up the sheets upon each other before they deep fry it. The layering of the foochok sheets is what makes it so special.

The other thing this place is famous for are their biscuits. Hokkien wedding biscuits, mooncake biscuits, you name it -they’ve got it. Cumi tried the kaya kok (a pastry biscuit filled with sweet kaya jam) but the flavour was just so-so. It lacked aroma and was on the sweet side as well. 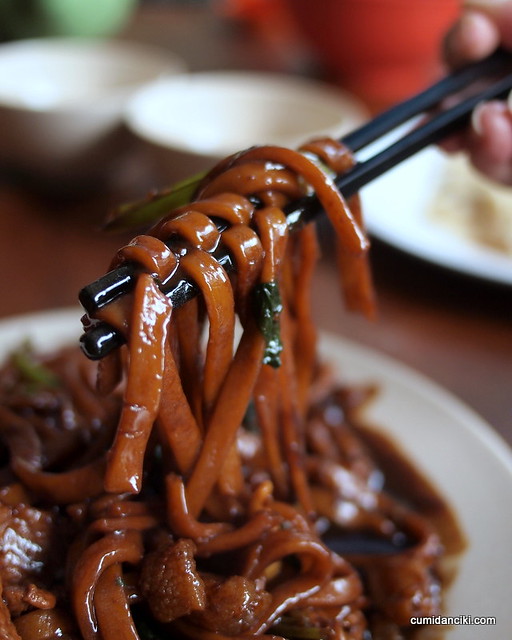 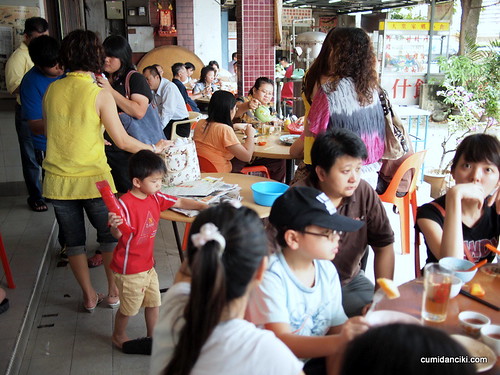 The long, long wait.. tables spill out of the restaurant into neighbouring territory 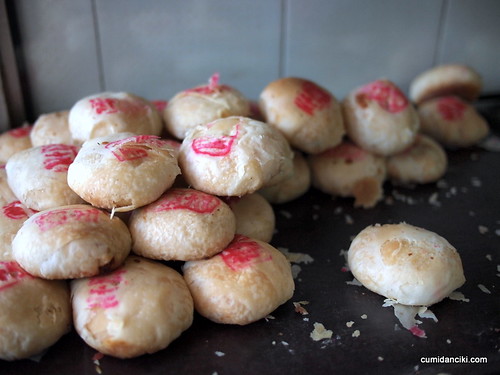 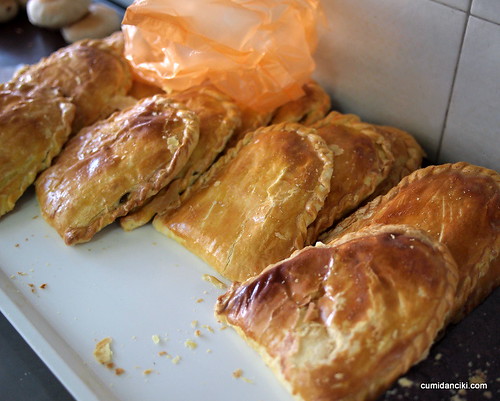 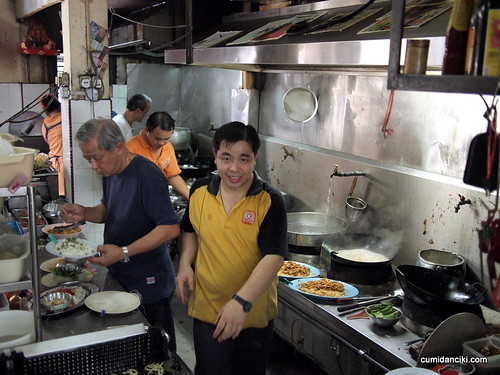 the kitchen – they have a system of churning out the orders,  that only they can decipher 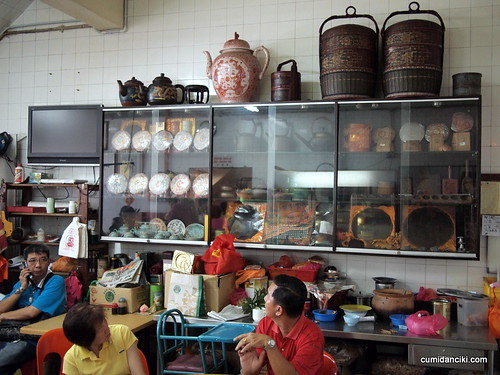 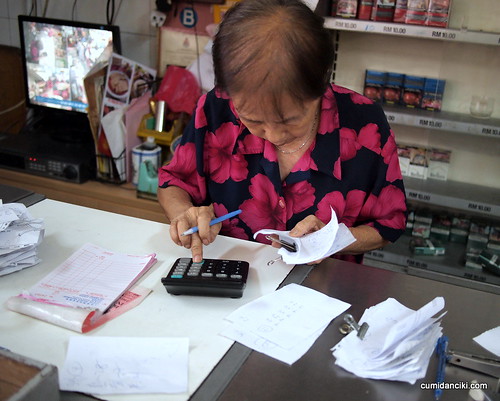 Grandma does the accounts.. Don’t mess.. 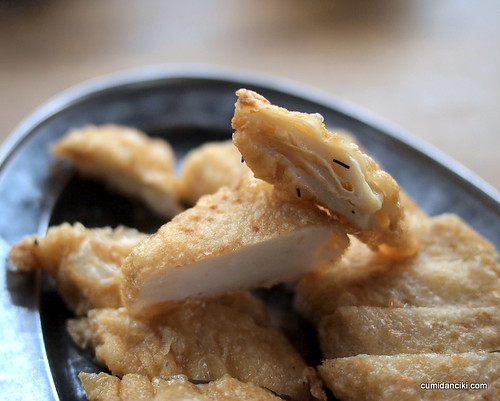 Foochok – deep fried to perfection, yet fluffy and soft on the inside 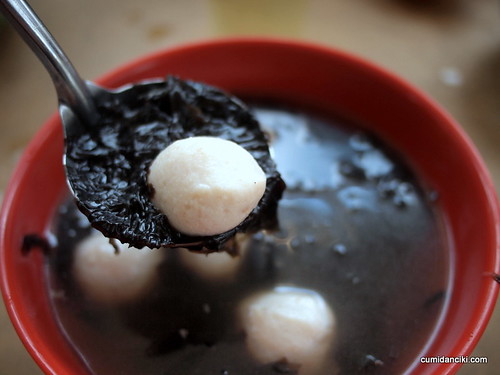 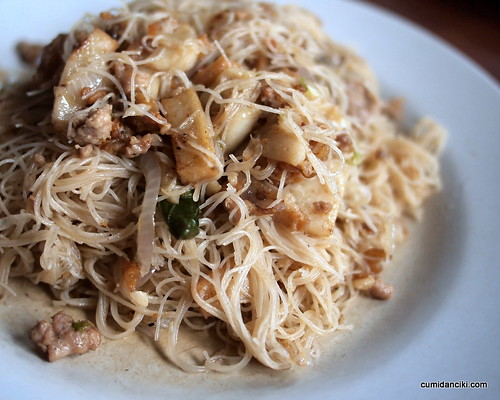 The Teochew white beehoon with pork meat, fishballs and fishcakes 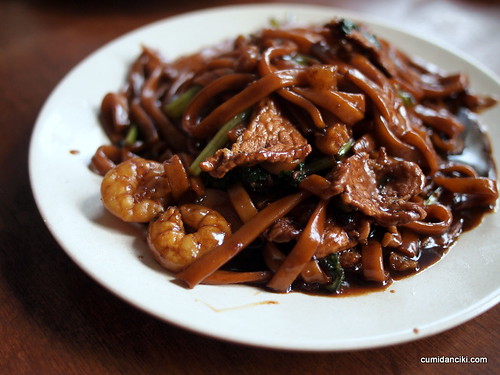 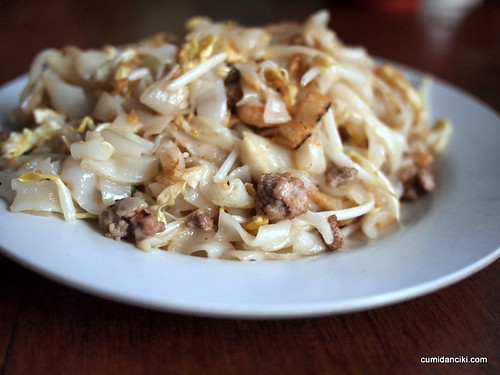 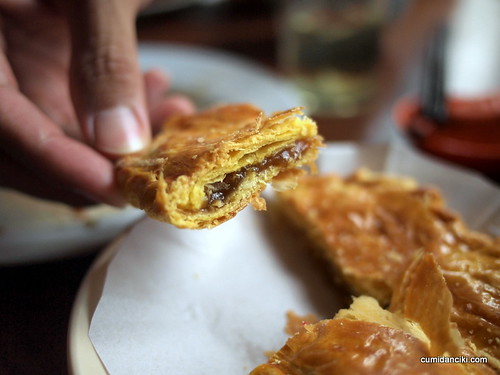 Singapore’s polished Italian restaurant, il Lido, which has been doing a brisk business since it opened in June 2010, in the Yap Kwan Seng…