It’s really hard to find good fish head noodles in my part of the neighborhood, you know. You won’t believe it but my favourite one is located, all the way over, in Kota Kinabalu, prepared by the Kadazan brothers. That just shows how hard it is, to get good head these days.

Anyway, both me and Cumi have always meandered past this cool place in Bandar Puteri Puchong but never ventured in, because there are so just many other distractions in this part of town. Every other shop is a coffee-shop begging to be discovered so we have always put aside Soon Soon Lye thinking it will be around for ever, so no hurry. Finally, the time has come. Tonight is the night for fish head noodles! 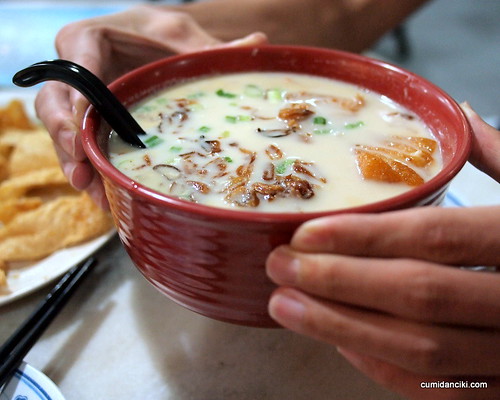 The shiny, golden crispy browned cod chunks go superbly well with the fish broth. Evaporated milk is what gives the broth that extra kick and a white, creamy consistency. 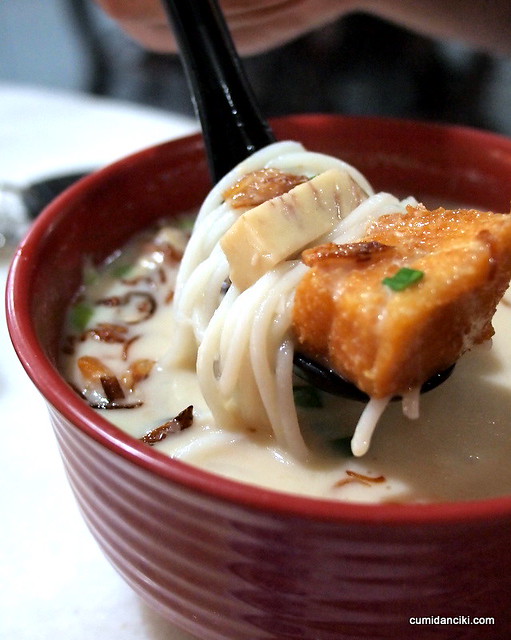 If you opt for the thick noodles, it’s RM1 more than the normal beehoon (thin rice vermicelli noodles).  The bowl comes with slices of yam, tomatoes, ginger, shallots and vegetables. If you ask me, this is the supreme way to appreciate the texture and taste of Soon Soon Lye’s fish head noodles. The thick noodles are the way to go. If you ask for beehoon, you lose half the experience. The thick noodles are super al dante .. insanely chewy. Too good for words. Also, one should always have the broth with the evaporated milk. No milk, no oomph.

The menu is as long as it is wide and we didn’t get a chance to try everything. The other item of interest to us on the menu was the super cheap Sashimi at RM 10.90 for 5 pieces on the weekends. We spoke to the owner of the place, a Mr. Michael Mak who came across as a personable, genuine guy. He told us his sashimi arrives Tuesdays and Fridays and that the weekends would be a great time to sample his sashimi. Mr Mak is a Chef himself and he worked in his own restaurant in the UK for more than 10 years before he came back to Malaysia. At that time, he had just renewed his lease for another 3 years, but recession hit the UK, it was difficult to get staff and he was forced to come back to Malaysia. Mr Mak says, no regrets and the business in Bandar Puteri Puchong is thriving. Judging from the business at Soon Soon Lye, one has to agree that it was the right move too. According to Mr Mak, his Cod fish is from Canada and the Salmon from Norway. 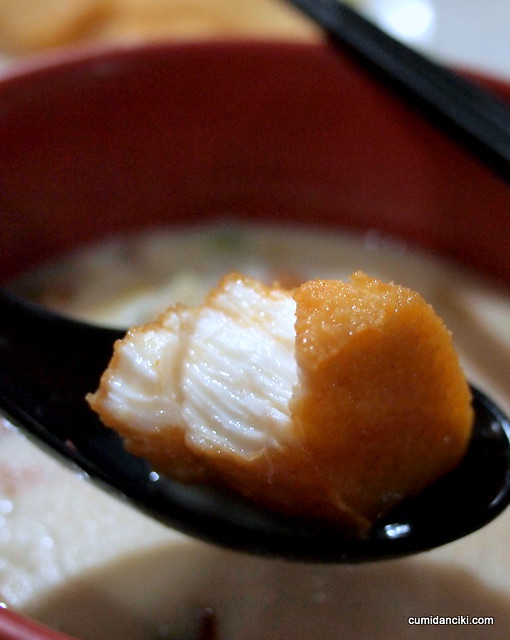 Cod Fish belly and neck – crispy , tender and succulent. Massive chucks that are well worth the money. 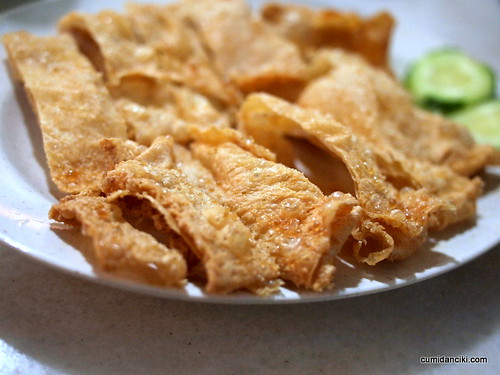 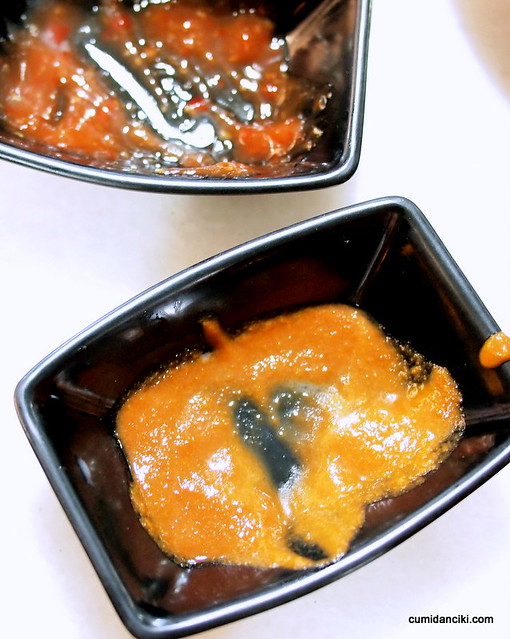 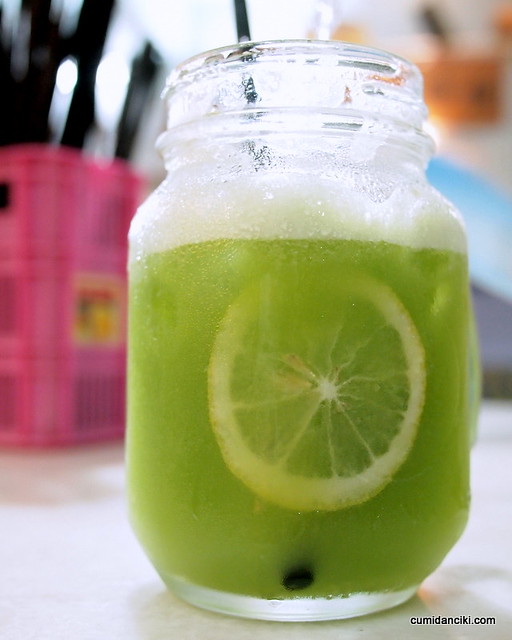 Cucumber lime juice – to wash away the heat.. 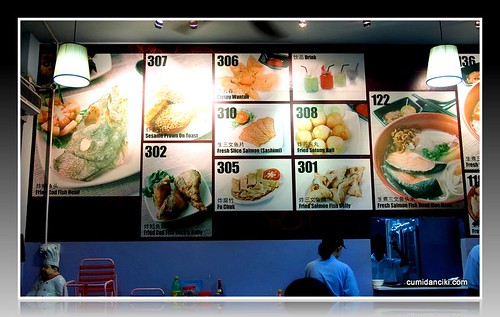 The massive signboard at Soon Soon Lye.. in case you missed it, they serve fish here.

Photo from here and here We watched Bruno (the uncensored version) and found the show a riot! This film mainly addresses two things: America’s…