One day, as Ciki was reading stuff on the Internet, she found.. something that described herself and the company she kept, to a Tee.

THERE, in the Urban Dictionary, it was written: 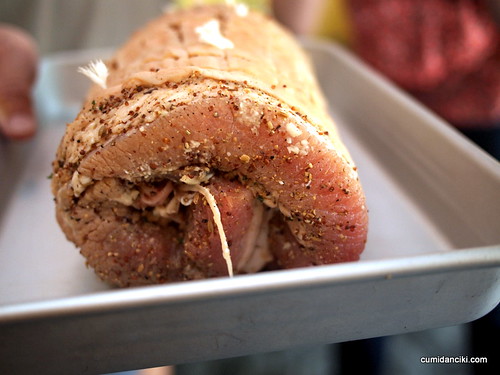 a sudden, intuitive perception of a new recipe with bacon as an ingredient, usually initiated by hunger and followed by intense need to perceive the scent of bacon.
“I had a baconiphany. I had the pizza place add bacon as a topping, on top of my pork pizza!”

-noun
1) A realm in which the streets are paved with, the fruit of the trees are, and the very air is filled with bacon; a bacon–lover‘s paradise
2) A euphoric, nearly orgasmic state a person can be in after consuming the perfect amount of bacon with their meal
1) “I had the dream again: I was in bacontopia and it was awesome!”
2) There was so much bacon on my pizza… was in bacontopia!
Finally, our own classification, coined once upon a time, by the famous @hairyberry – I think it is even a club you can join on the web..

A person who is 100% of NO.1 , is constantly plagued by NO.2 and would sooner sell his soul than ever utter under duress that NO.3 does not exist.
SUCH is the adoration and dedication of the true Babitarian. 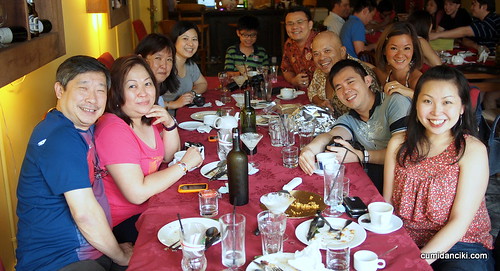 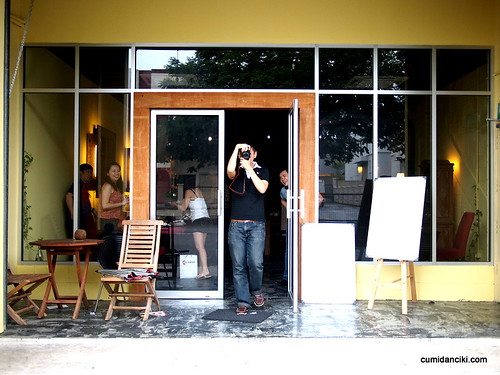 Mr Photographer was busy and missing from the shot. 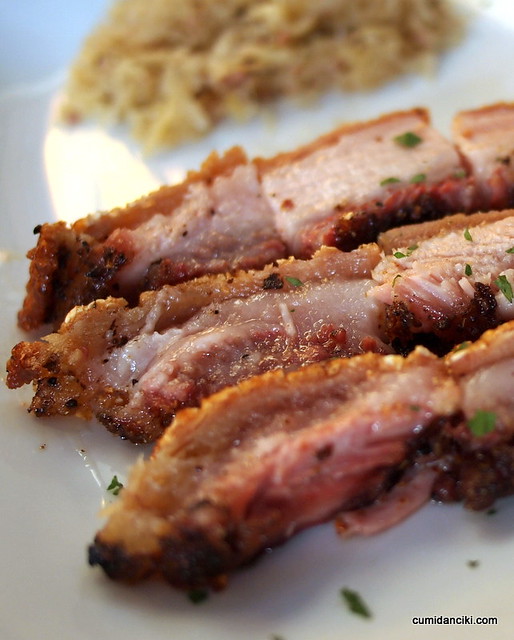 The creamiest, most buttery, most crispy cut of roast pork to ever go with some superb homemade sauerkraut. My favourite dish of the day! 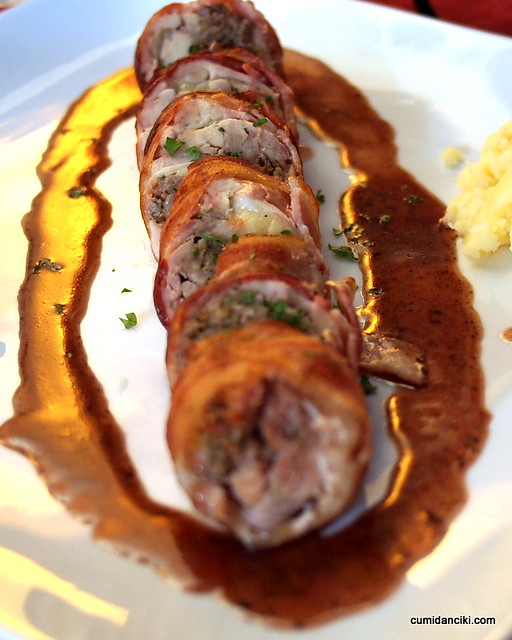 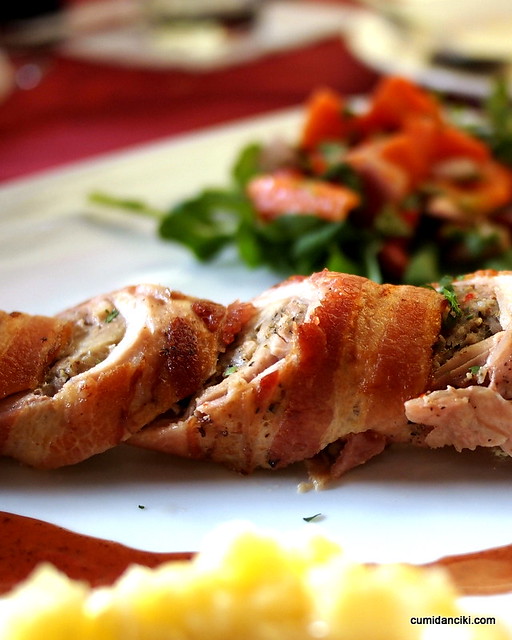 Don’t be deceived .. them chicken pogs are Chicken in Pig’s clothing.

Yup, wrapped up in gorgeous bacon. Eat it and weep. 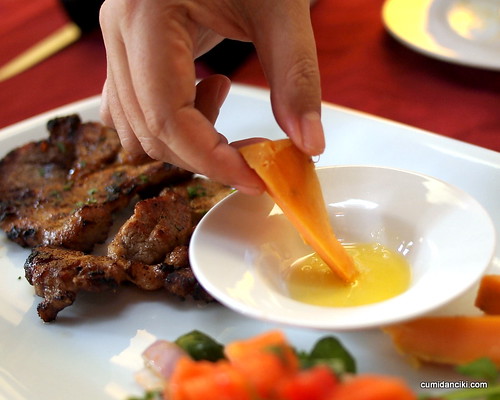 This was a bit dry, but the salted olive oil did perfectly well as a dip for the boiled sweet potato sticks (Boolicious of Masak-masak as hand model). 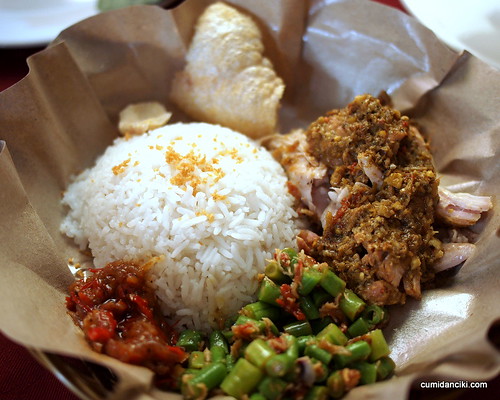 Delicious herbs, sambal and rice.. but the Pork could have been fattier. Us Babitarians can never be satisfied unless it is creamy with fat, I tell ya. 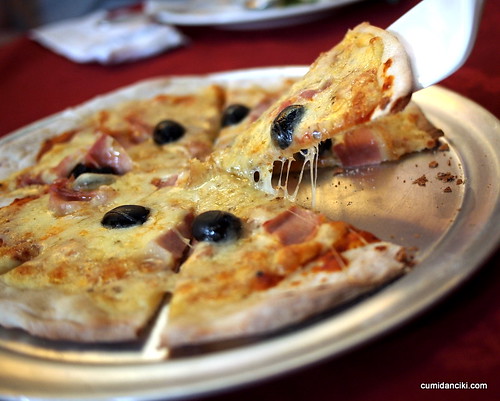 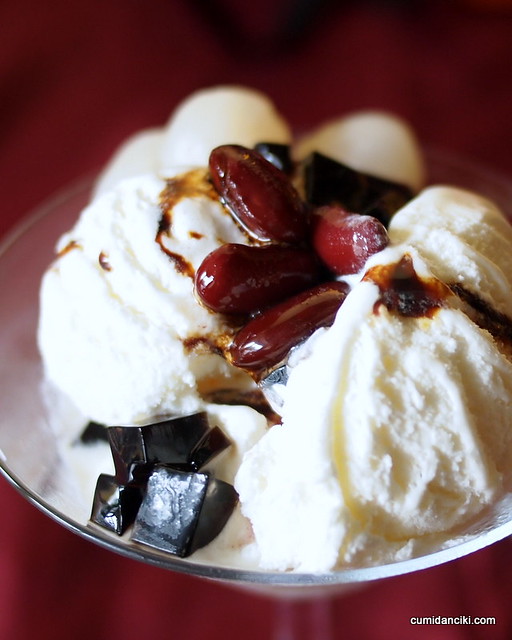 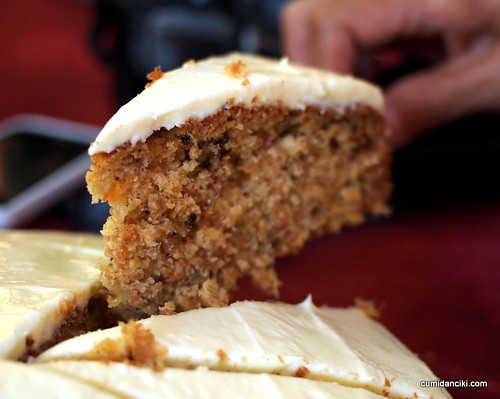 The most amazing, addictive Carrot Cake – by Pureglutton (she takes orders via her website;)) 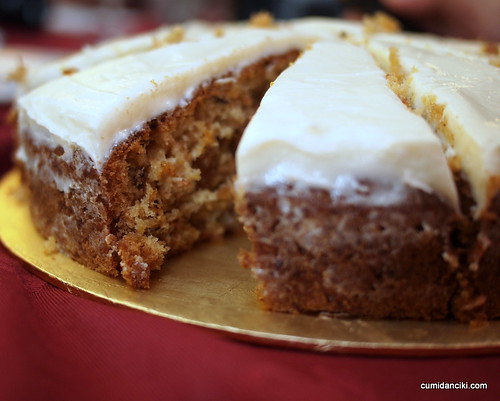 This is what I’m talking about! Rich, dense , full of carrots and nuts but not too sweet at all. 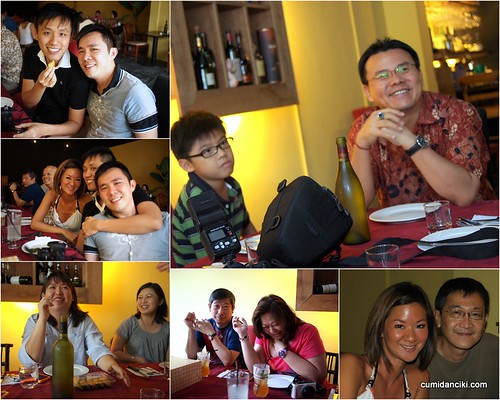 Adhog.. satisfaction guaranteed.. look at them smiley faces (thanks @nigelskelchy for the photo.. sam can kill me later:P) 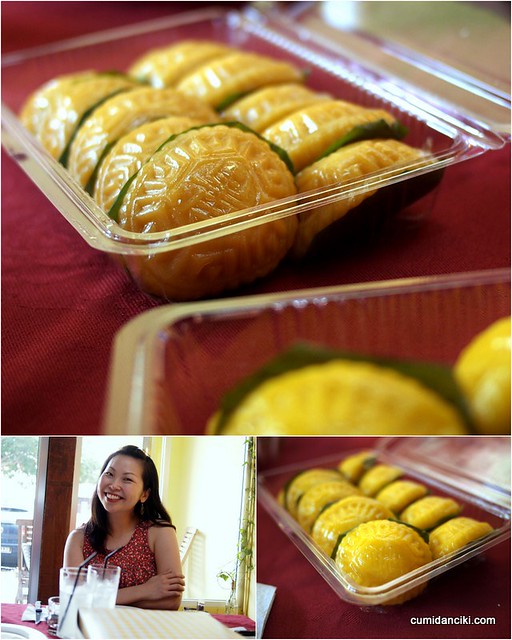 And finally, the cat that caught the canary.. look at that smile.. Min was totally chuffed she got the Angku to take home.. again, by Pureglutton’s Angkoos Galore. What are you waiting for, go get some!