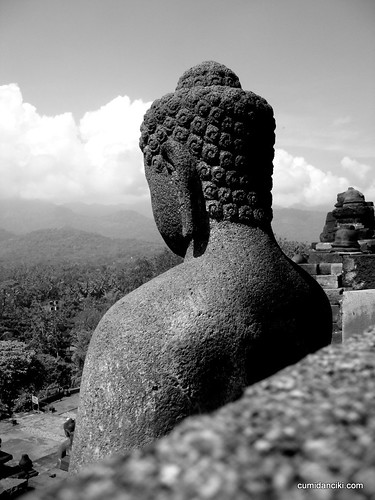 If statues could talk, they would whisper about the journey of pilgrims from afar, who would come in the name of religion and spirituality, in search of great moral significance. 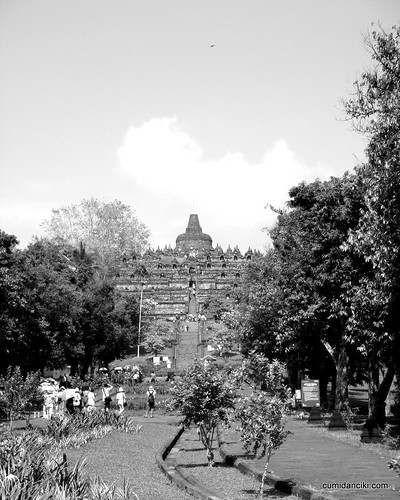 If statues could talk, they would lament of an earthquake of such magnitude it caused severe damage for miles, in the area surrounding them.

“Many people died  but WE remained intact.” 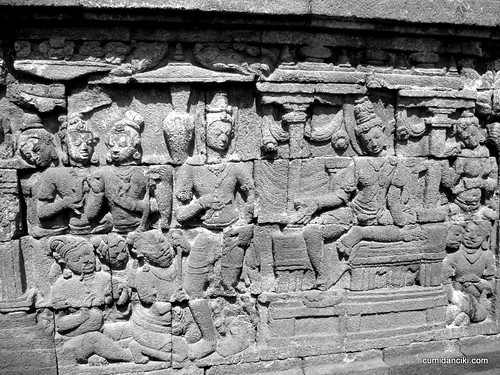 If statues could talk, they would counsel you on the three stages of mental preparation towards the ultimate goal. 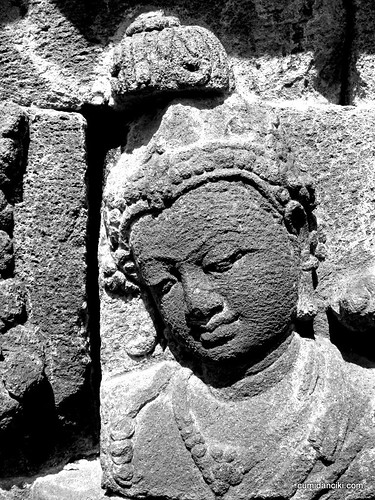 The Kamadhatu, the world of desires,

Rupadhatu, the world of forms,

and finally Arupadhatu, the formless world. 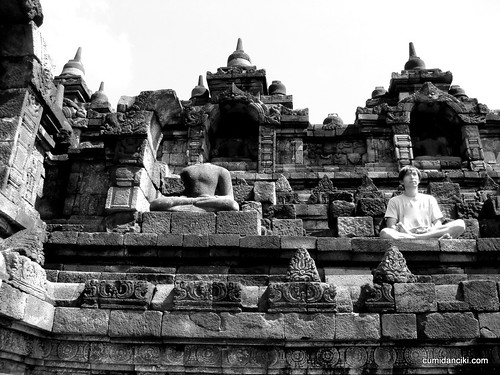 He climbs the steps to the first level.. what does he desire? 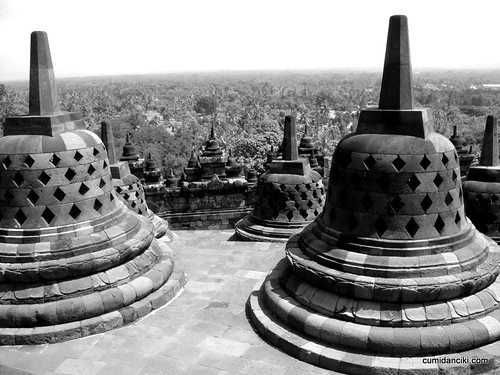 He climbs the steps to the second level.. can he successfully peel off each layer, to reveal the next,  during this ‘meditation of form’? 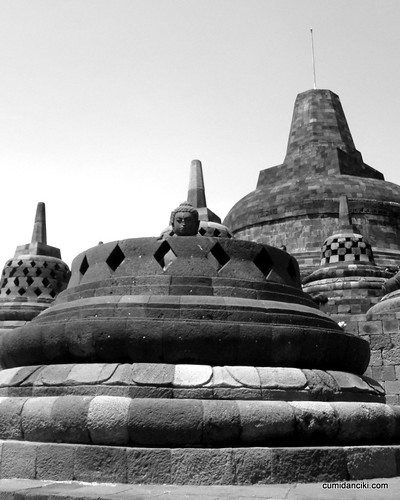 He reaches the third level – is he able to conquer the four levels of ‘meditation of the non-material’, that leads to rebirth as gods belonging to that realm ?

So, instead he does what he does best…. 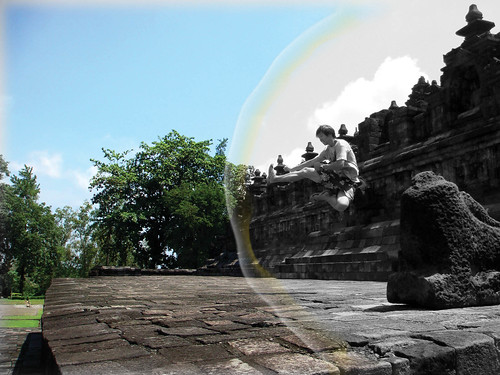 According to him, it is extremely uplifting and gratifying.. almost like being in the heavenly realms..! 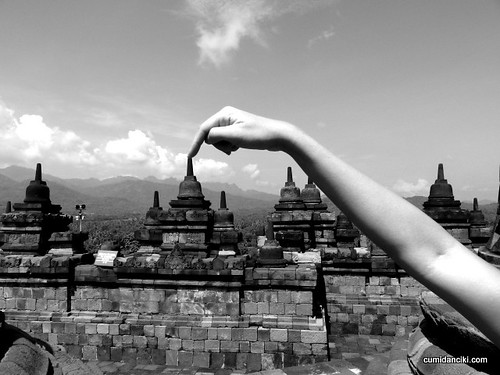 When you cannot meditate, press the stupa for enlightenment. 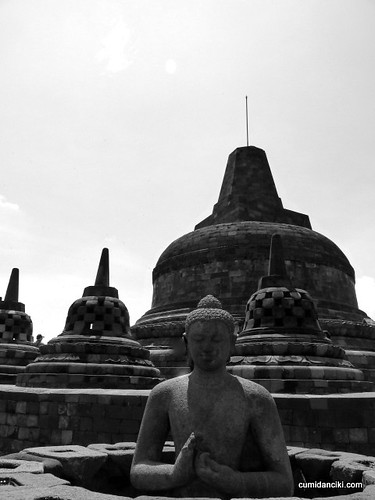 Approximately 40 kilometers (25 mi) northwest of Yogyakarta, Borobudur is located in an elevated area between two twin volcanoes, Sundoro-Sumbing and Merbabu-Merapi, and two rivers, the Progo and the Elo. Read more on Wiki. 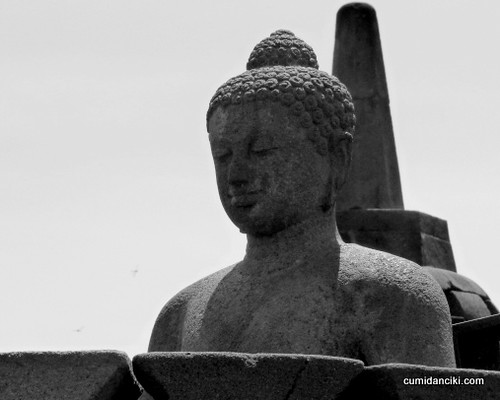 The monument comprises six square platforms topped by three circular platforms, and is decorated with 2672 relief panels and 504 Buddha statues.  A main dome is located at the centre of the top platform. It is surrounded by seventy-two perforated stupas, each containing one sitting Buddha statue. Many of the Buddha statues  that once sat tall and proud, have now been vandalized and exist without their beautiful heads. The heads are prized possessions and sold for a lot of money. This is such a shame because it has marred the beauty of the Borobudur landscape. 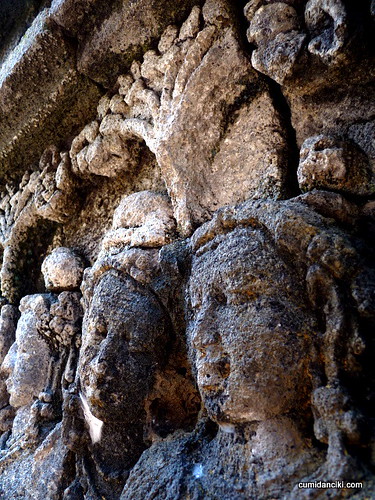 Evidence suggests Borobudur was abandoned following the fourteenth century decline of Buddhist kingdoms in Java and the gradual Javanese conversion to Islam. It was rediscovered in 1814 by Sir Thomas Raffles, the British ruler of Java. Since then, Borobudur has been constantly refurbished and preserved through several restorations. In 1985 a bomb attack caused minor damages to the Candi again. Since 1991, Borobudur has been listed as a UNESCO World Heritage Site. Borobudur is still used for pilgrimage and is one of the most visited sites in Indonesia.

‘ To the people of Java, Hinduism gave the rituals, Islam the concept of God, and from Buddhism the Javanese got the way of ascetic life and meditation’. (quoting a buddhist monk from Java) 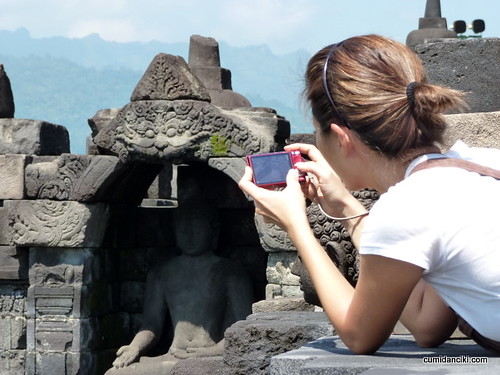 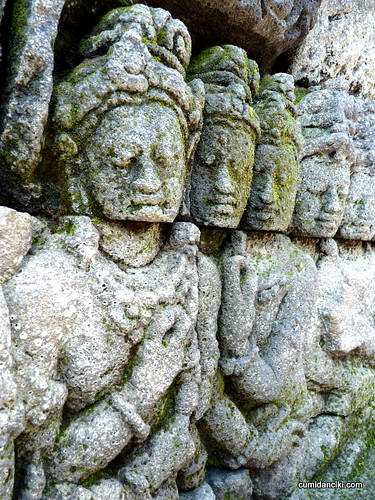 The key word of Buddhism is suffering. (Something I do not take to very kindly, unfortunately, and I take my hat off to those who have dedicated themselves to a life like that). The buddhist also believes that there is no personal god.. it is only your own actions and thoughts that will decide your fate/karma. Within Buddhism there are three main areas that can help the people achieve a better karma; Wisdom, Morals and Meditation. 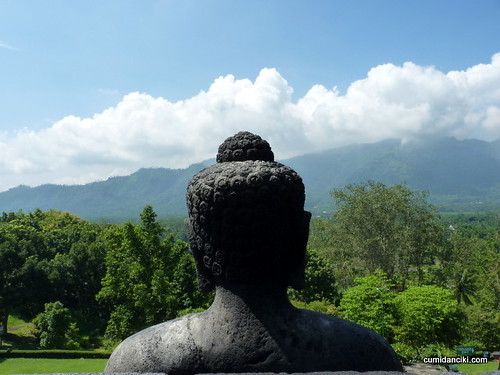 While the endless stream of  tourists are looking into Borobudur, the silent smiling ones cast in sand stone gazes out into the undulating plains of beauty and abundance.

“Don’t spend too much time looking in, there’s a lot of things you’ll miss outside” – the wise one.

I am a big fan of Nyonya food. A lot of work goes into the preparation of this wonderful cuisine and it never fails…