Taking off from where I left off , from Kidrobot at 7 Dials, I legged it over to West Street (extremely nearby) as I was supposed to meet some friends at L’Atelier de Joel Robuchon for lunch and I was already late. 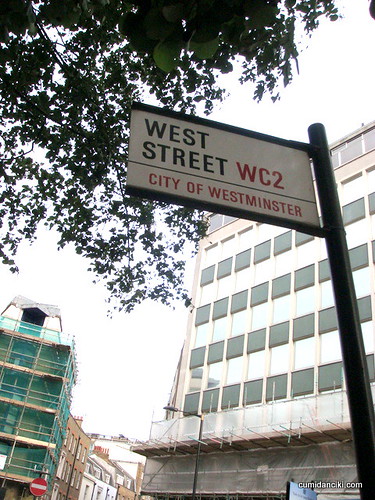 With renowned restaurants in Paris, Tokyo and Las Vegas, I was psyched to eat at the restaurant of the legendary chef Joël Robuchon. Read more about Chef Robuchon  here. 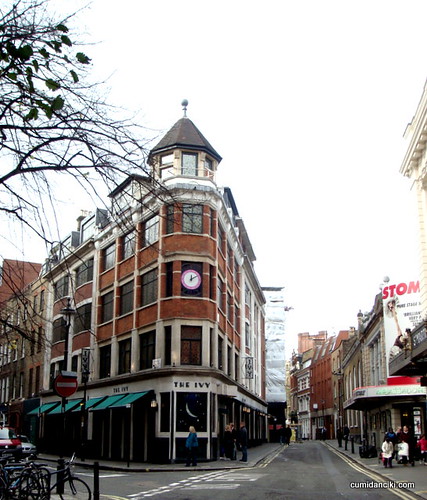 L’Atelier de Joel Robuchon is situated just down the road from the famous IVY. If you have trouble with the name just remember to ask for direction to well, the Ivy;) 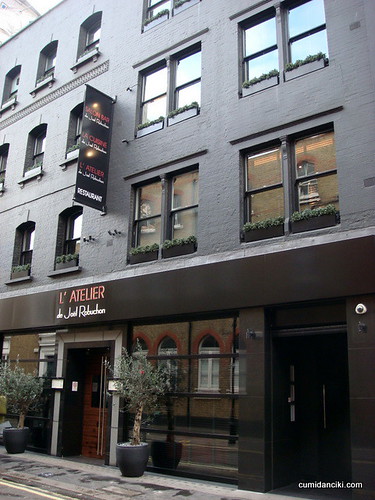 L’Atelier is black. You cannot miss it. Everything from the facade, to the interior’s walls and shiny black counters , to the way the staff is dressed, it’s all rather dark. 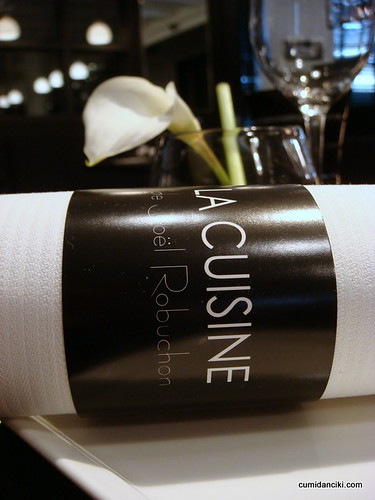 Even though we had made a reservation, we were told that there was not place downstairs at the Japanese inspired, open kitchen concept bar where  sitting by the counter actually enables the guests to partake in some kitchen action .. (we were gutted). Apparently here, one should opt for small dishes where one can see first hand, as the chef prepares it.  Unfortunately we were relegated upstairs to an  European-style menu format, i.e. lunch at the first-floor dining room, La Cuisine (a brighter, more traditional-looking area). 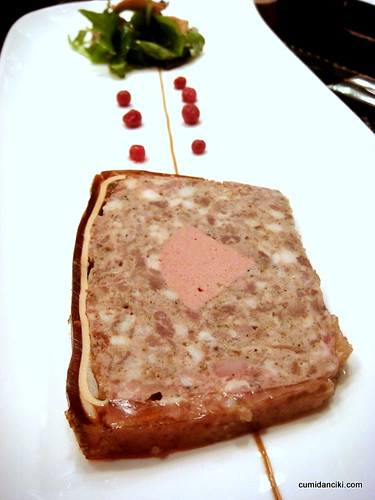 Earlier, my friends had told me that Chef Robuchon,  says his inspiration for L’Atelier comes from the tapas bars of Spain, where he has a house. As such, sliced Iberico ham is always on the menu.. unfortunately when we asked for it, they said that they were out. What a shame. So no seat at the counter, no Iberian ham – off to a bad start. Then we waited for half an hour to be served the bread. The waiter of non-English descent told us in a really rude manner – “So this or this?” – pointing sharply with his hand (As in white or brown bread). Maybe it was the English barrier but they really should train their staff to be more polite.

Anyway after 40 minutes, our 1st starter finally appeared – the chicken terrine which was bland and uninspiring. 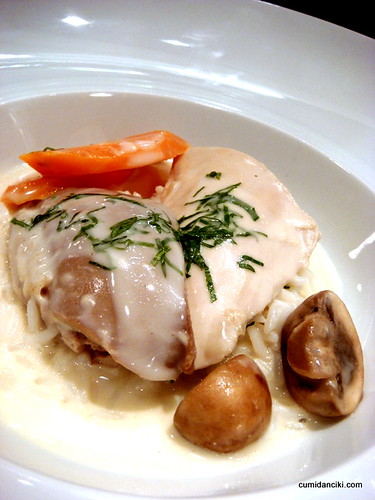 Grilled Chicken on bed of rice with cream mushroom sauce.

The grilled chicken was served rather uniquely (well, to a Malaysian at least) because it came with one section of thigh meat and the other being a section from the whiter breast. Normally in Malaysia you either get thigh or breast and that’s it.  Whilst the presentation was unique, unfortunately, the meal in itself, was forgettable. The chicken had a  strange smell to it, was hard and the sauce was just too heavy. Not my cup of tea. 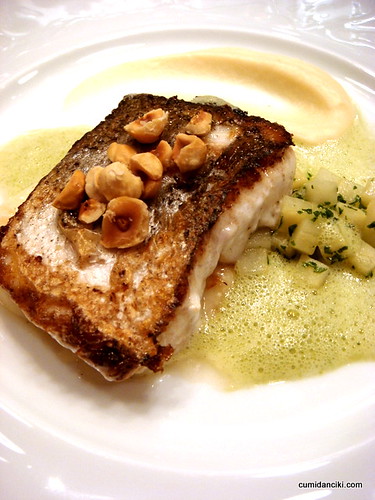 Hake is hake. This dish was delicious. The hazelnuts texturized each mouthful and went superbly well the the fish. 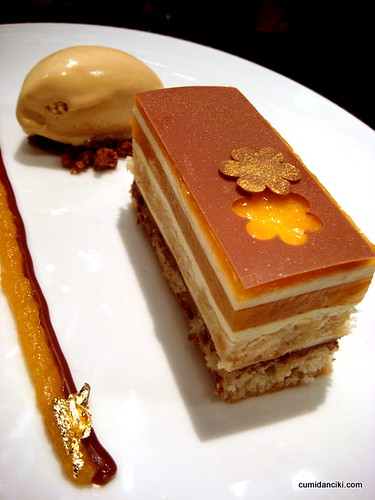 Overall, we were unimpressed, for what we paid. The service was bad and the food was average. I don’t judge a restaurant on how many Michelin stars they have, but food is food and service is service. L’Atelier de Joel Robuchon needs to get its act together and improve in the service, for sure.

Daikanyama.. that funky, Japanese fusion restaurant located on Changkat Bukit Bintang is already a well known place to the people that party along its…