Say the name “lala chong” and very few people will raise an eyebrow. Lala is a type of shellfish. The original restaurant that was in business for 9 years, was located at Terminal 3, Subang, and was well known and well patroned by both KL and PJ folk alike. Recently , the owner, Mr. Yim Sie Chong had to make way for redevelopment and as such the restaurant has relocated to Kampung Kayu Ara, Damansara. 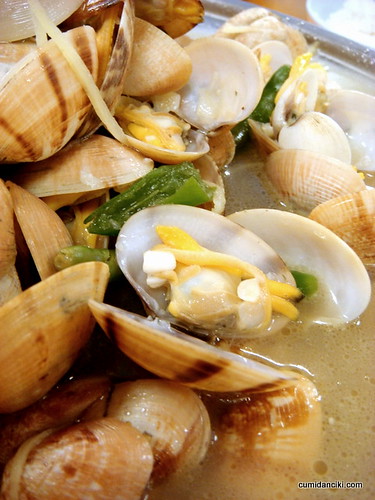 I over-head my colleagues chatting about some Lala soup dish one morning and that was when I heard that Lala Chong had relocated, to just a stone’s throw  from our office. They were talking about how long they had to stand around waiting for a table on the weekend, apparently.

We decided to go on a weekday night to check out the legendary Siong Tong Lala (Lala in special soup which includes, chinese herbs, ginger and loads of chinese wine) as well as to celebrate my mother in law’s birthday. The Lala dish was excellent, steaming hot, it had just enough pepper to impart a nice sting to your throat and also a healthy dose of chinese wine and herbs. Very good.. it confirmed what my colleagues were raving on about. 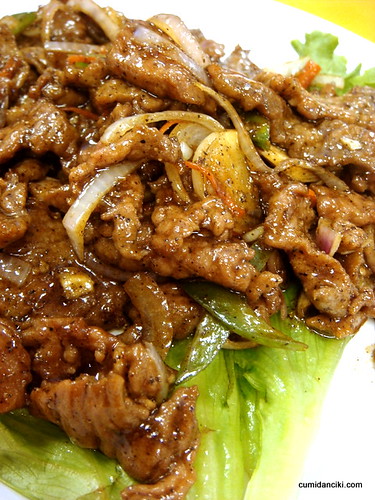 This meat was tender, moist and not over-cooked. I was told by my mum in law that  one should soak venison meat in vinegar for 2-3 days to get rid of the wild taste and smell.. maybe that’s how they do it here too at Lala Chong because the meat was devoid of that “wild” smell. Incidentally, deer meat is a tasty alternative to beef. It is leaner than beef and some might say, possess a better flavour. A meaty, hearty dish that should chase the cold and placate the shivers in your body! 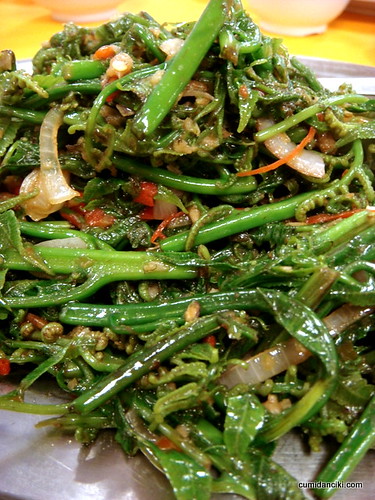 The wild fern shoots we were served were young and nicely done – Al dente so they were crunchy , if not a little spicy. 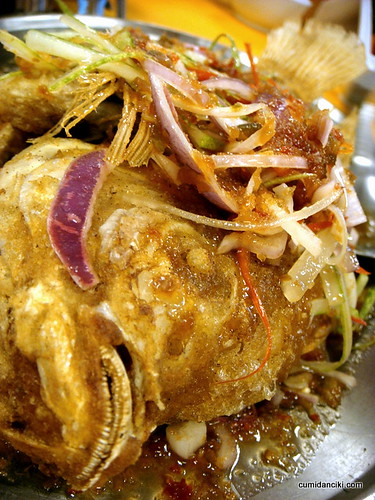 This dish was amazing. The deep fried Thai style fish was crunchy and superbly fresh. For RM27 it was not a bad portion at all. 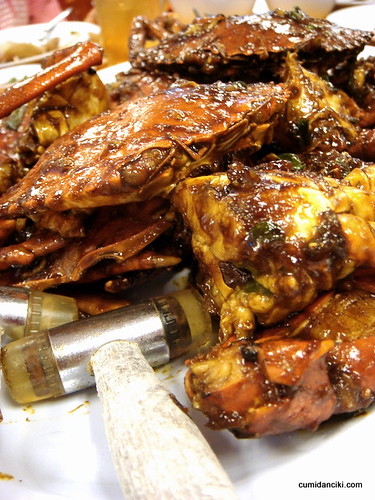 The Kam Heong Style Crabs were expensive! Wow.. have prices risen lately for Crabs because I remember a time, not so long ago, you could get crabs for half that price! However, we have to say, the meat texture and the seasoning was exceptionally good. Too bad we had to pay so much for it. Stuffing chunks of roe into my mouth I realized how much I have missed sinking my teeth into the plump taut flesh of this shelled sea creature. Some eating sensations or food experiences just cannot be replaced;) 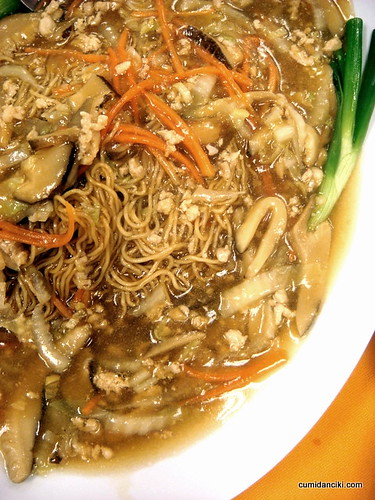 Happy Birthday to you! Egg longevity noodles that is namely string noodles cooked in broth, meats and vegetables and served with an egg, which signifies safety and longevity on Chinese birthdays.  Apparently this noodle also represent the gesture of offering peace noodles to the folks and friends who are about to make a long journey and the guests arriving or leaving, in the hope that they will be blessed safe and healthy. 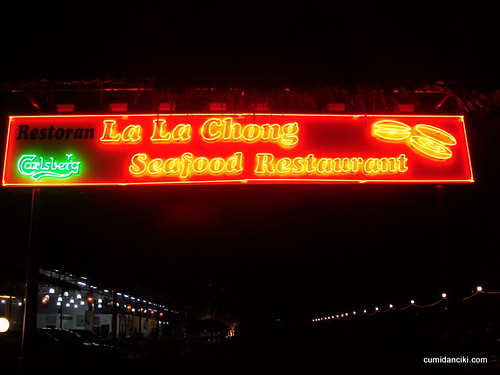 Lala Chong currently has two outlets one in Ara Damanasara and the newest one in Kampung Kayu Ara. As we were there on a weekday, the place was relatively empty and the service relatively fast. I have heard that it can get pretty packed on the weekends so be prepared to wait at least 40 minutes for your food if you are there on a weekend.  For what it is, we find this place a little on the expensive side, but would still recommend it to anybody as the food is good.

Director James Wan and partner in crime, actor/writer , Leigh Whannell, are back with Oren Peli (Paranormal Activity franchise) as producer, to make a…