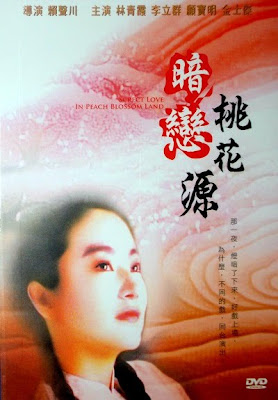 I cannot understand mandarin! Im a banana.. however, even this ignoramus banana, found the following Stan Lai film amazing.

Anyway, Monday nights are movie nights at the Annexe Gallery (Central Market KL).
‘Secret Love In Peach Blossom Land’ is a Taiwanese film written and directed by Stan Lai, featuring Christopher Doyle as director of photography. When two opposing acting groups fight for the same rehearsal space, a comical situation emerges. One group is practicing a somewhat slapstick satire, the other a contemporary political romantic tragedy. They could not be more different or worlds apart from each other.
However,as the story unfolds, and the desperate acting troupes divide up the stage, the way Stan Lai merges the two dialogs makes the show magical. The style and the angles employed for shooting this movie are nothing shot of genius.

footnote:
*copied from biography of stan lai
Stan Lai is a highly influential award winning US-born Taiwan-based playwright and theatre director, also known for his award-winning feature films. He has been described by the BBC as “probably the best Chinese language playwright and director in the world” and his plays have been performed throughout the Chinese-speaking world. He is the writer and director of “Secret Love in Peach Blossom Land”, often touted as the most successful contemporary Chinese play. The film version of the play won the Caligari Prize at the Forum, Berlin (1992); the Best Picture and Best Director at the Berlin Film Festival (1993); and Singapore Film Festival (1993).

If you think this location looks familiar, it is because Kaw Kaw burger was supposed to have opened here. However, Burger Bakar Abang Burn…