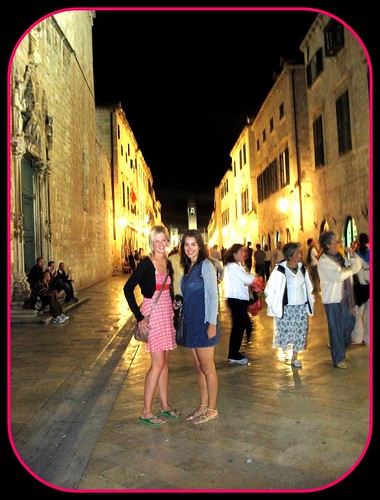 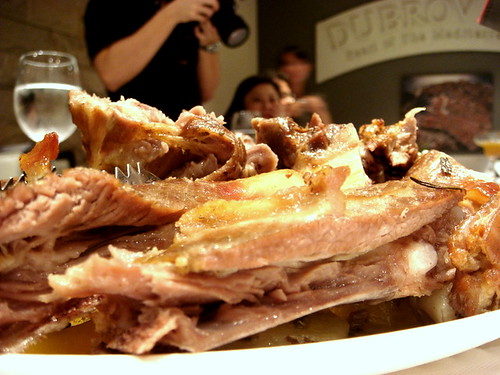 Whatever the case may be, just one bite of their Lamb Peka.. and I was sold. 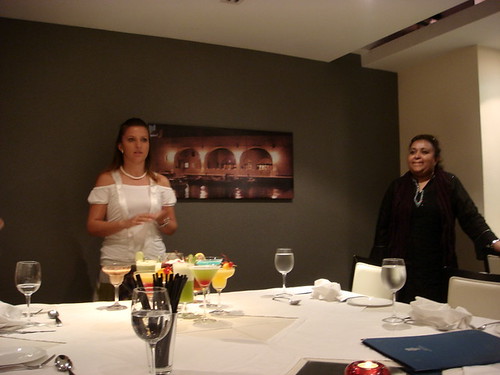 We had the pleasure of meeting Dina, owner of Dubrovnik (and Chef’s daughter) at Solaris Mt Kiara just last week, over a Bloggers event organized specially for us.
After some opening remarks from Alice George, of Alice George (PR Company), the dinner was soon on the way. 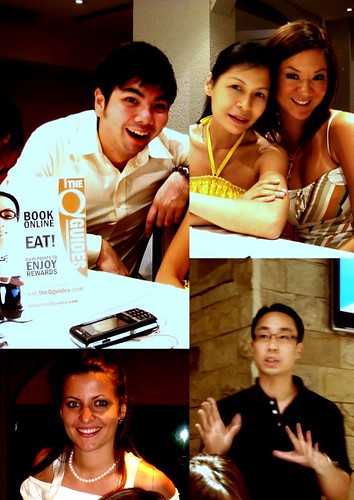 Wow, this dinner was packed with both familiar as well as new faces (to me), and Cumi & Ciki would like to thank Jek Tan of theQguides dot com for making this event possible. 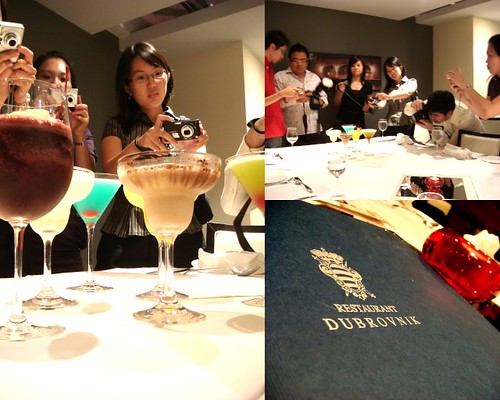 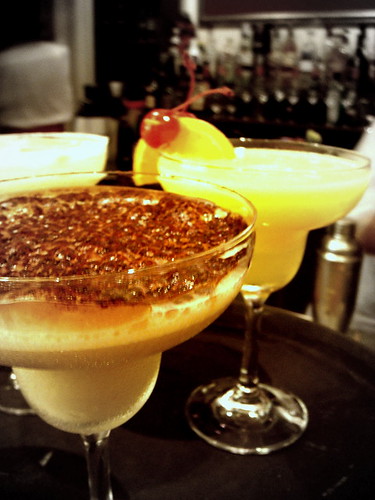 I was a bit surprised when they told us we had to share the cocktails and mocktails served, with a straw each, so I decided to give most of them a pass. As such I cannot really say how nice they were. You may want to read about the Macha Soy Shakes, Virgin Mojitos, Blueberry Shakes.. here. 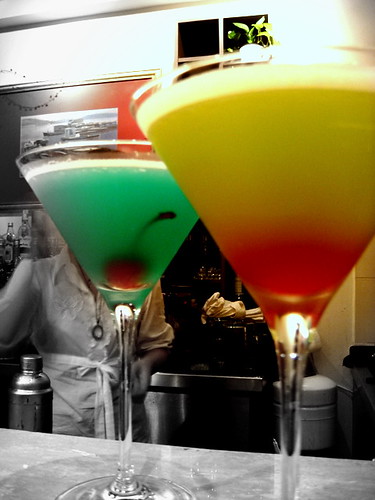 More communal mocktails. I must say, they are really pretty to photograph though. 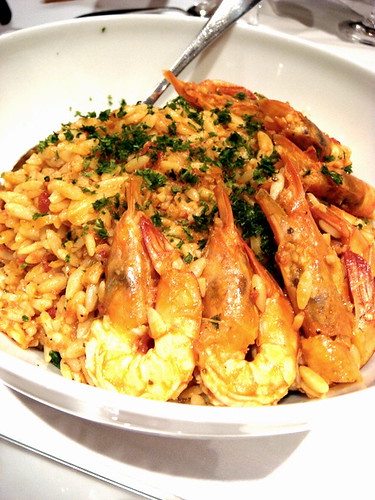 This was Cumi’s favourite dish of the night! The Orzo prawn..
One might think it was tomato rice but no.. the grains are actually pasta, chopped up to give that risotto or rice-like look.
The texture and the flavour of the pasta went superbly well with the prawns.
Très très yum. 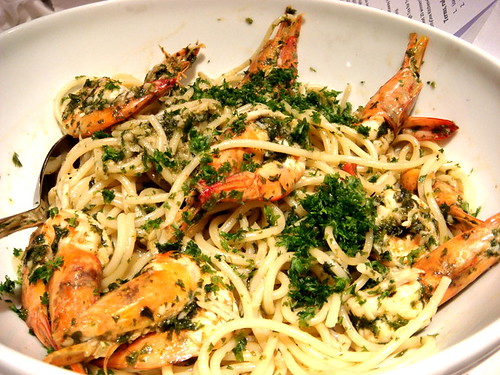 The next dish they served was the Spaghetti ala Buzara. This was supposed to be an aglio olio but with prawns. A gorgeous white wine based sauce with loads of herbs and garlic, this dish was another winner. 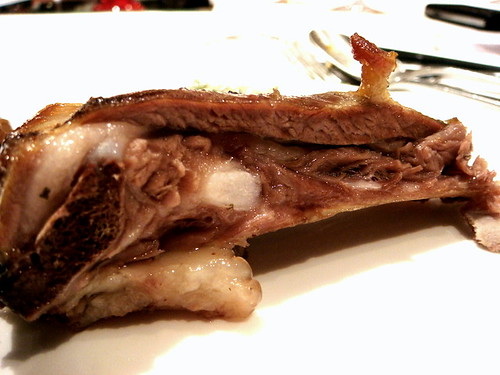 This was my favourite dish of the night! Being from the typical ‘O’ Blood type group, I really dig my red meats. I was really happy when they brought out that plate of lamb, sizzling and steaming and oozing lamb fumes.
Anyway, I ate at least 6 pieces of Lamb Peka.. and it was superb.
Lamb peka is seasoned with a special croatian spice mix called vegeta and is cooked in a wood fired oven in a cast iron pan.. It has that meaty, hearty taste and slightly barbaric rip-meat-off-the-bone eating style that kind of makes you think you are partaking in some ancient medieval dinner banquet. Now, the only thing missing was my goblet of wine.. mmm, where is it.. 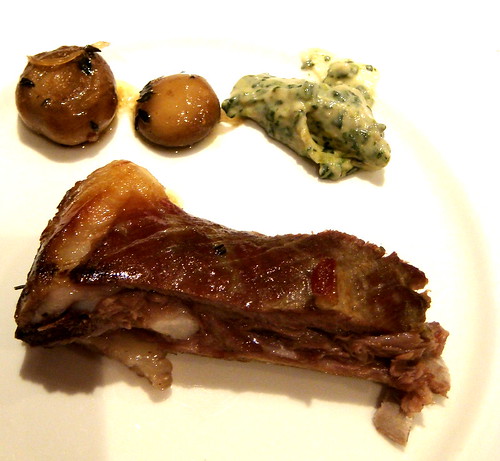 I was a bit shy I ate so many, so I tried to make my Lamb look dainty.. like fine dining style. I think I did pretty well with the composition:P 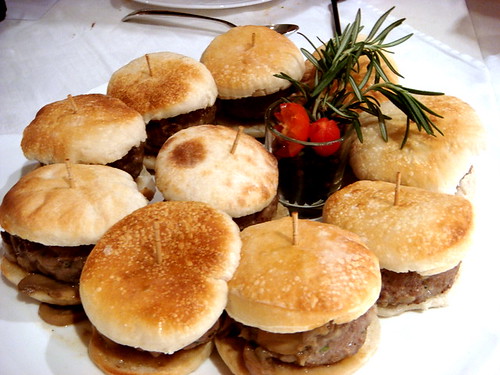 Lamb Burgers! These had a great aroma and taste, but Cumi found the texture a bit too minced (till it felt like meatballs rather than a burger patty) and me, too salty. 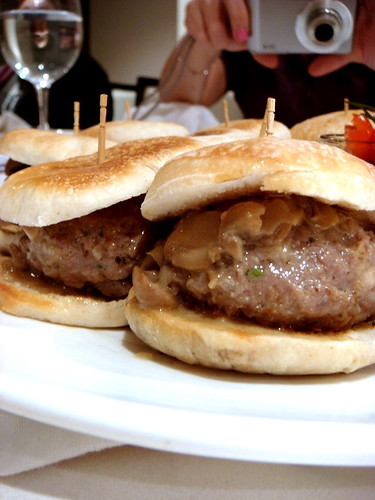 The lamb burgers are pretty though, and these look like great party food, because they are bite-size as opposed to super-sized. 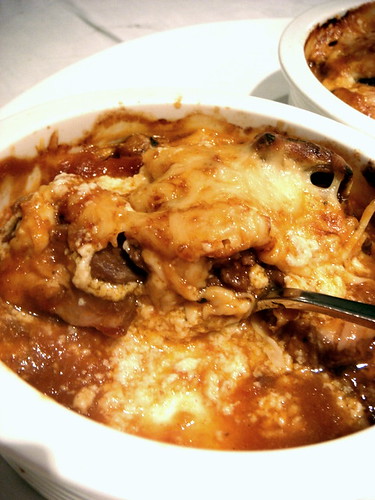 This is the croatian goulash. Cheesier than I remember eating it in Budapest.. but of course, that was the Hungarian goulash.. so obviously it looks and taste a little different. This one actually came across like a lasagna. Thick and really rich. 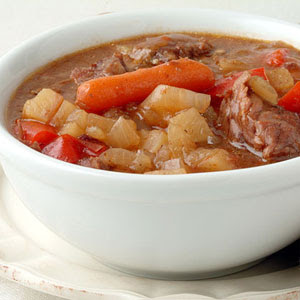 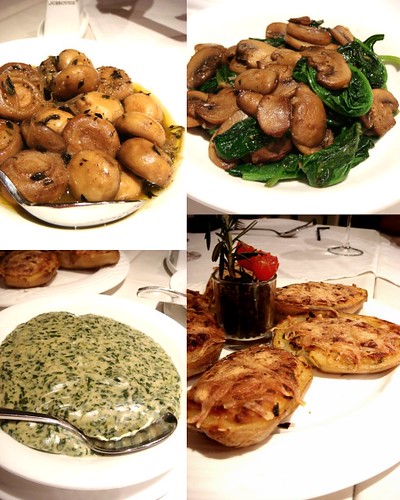 Loads of delicious side dishes to pick from.. let me see.. we had the gratinated jacket potatoes, sautéed button mushrooms, croatian spinach and mushroom with greens. 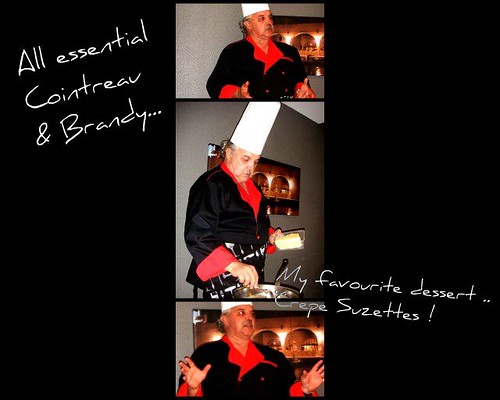 Finally, the highlight of the night. The Chef appears!
Now THIS, in my mind, is what a Chef looks like. Very cool guy.
Anyway, he proceeds to make one of my all time favourite desserts, the Crêpe Suzette. 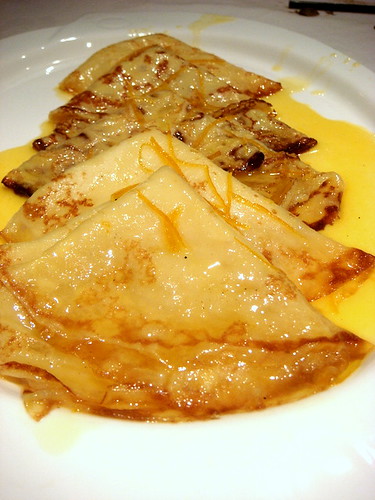 With a sauce of caramelized sugar, orange juice, lightly grated orange peel and liqueur (usually Grand Marnier) on top, which is flambéed.. life does not get any better than this. Sigh… too good for words.
.
.
. 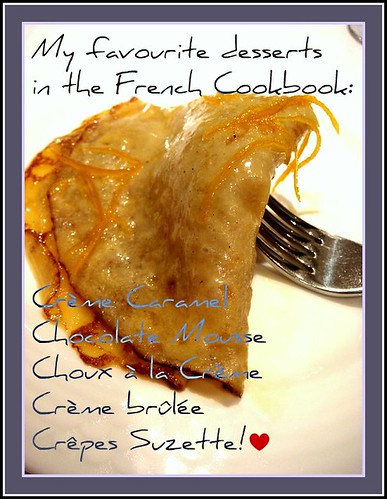 .
.
.
The grand finale to the night – The Chef describes his favourite wines from the Rhone Valley. 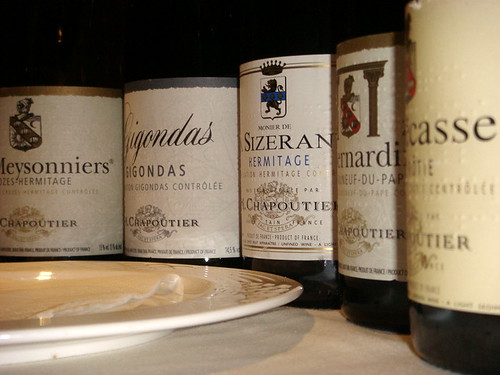 All in all, a rather lovely evening and we felt privileged meeting the new faces and making new friends.. and of course the food.. always the food!
Thanks once again to Dina, Alice George and theQguides for organizing this event.
.
.
.

Anyway, just in case you were curious (not), our submissions to the Tent Card competition.. Both Cumi and Ciki won something each.. Thank you @fratmustard and @alisonjvictor for the prizes!
We love them.. we swear we will use up the 50 dollar vouchers.. ASAP:P 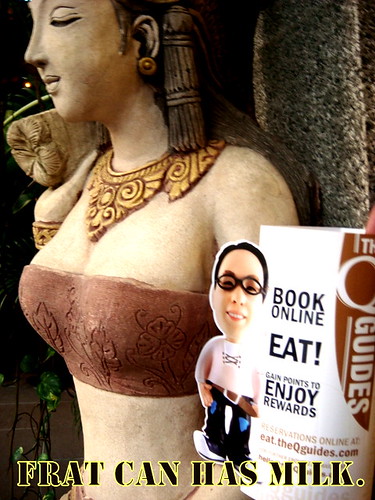 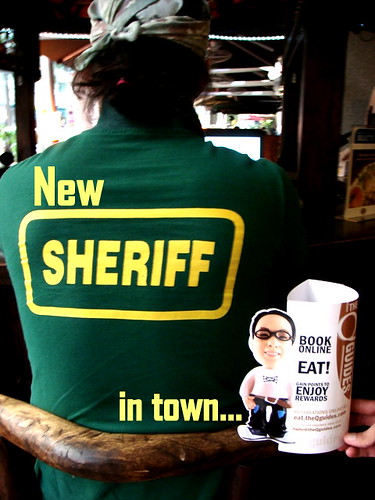 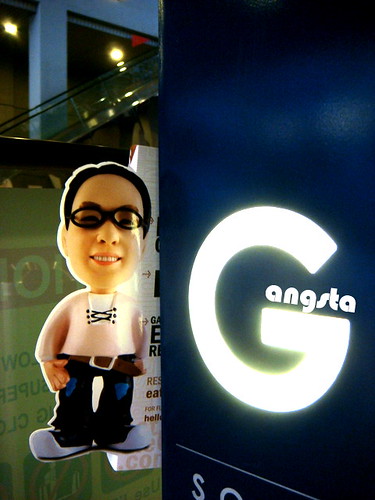 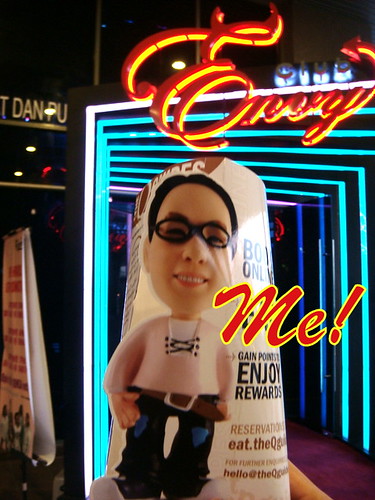 *footnote: all backdrops for the tent-cards were taken around the Solaris grounds, at Mt. Kiara. Thank you to all the sporting poeple who stopped to help pose with the Frat and Ally Tent Card!

If you once thought to yourself.. I wanna be a rockstar when I grow up.. This show will make you think twice. Image from…