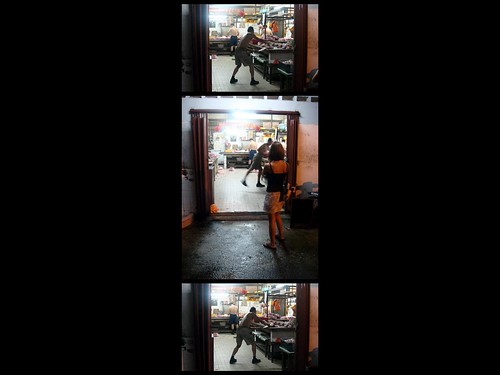 Rub-a-dub-dub! Three men in a tub,
And who do you think were there?
The butcher, the baker, the candlestick maker,
And all of them gone to the fair! 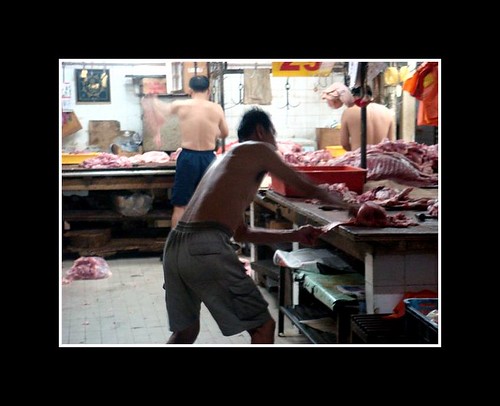 Why of any three men, the butcher, the baker, the candlestick maker you may ask…

Was it random? Were they the poet’s favourite uncles? Were those the first 3 people the poet saw walking down the Sunday market that fine day he decided to pen this rhyme?

Well, there are many versions to this rhyme but if you ask me I think it’s because these 3 represent respectable tradesmen of their time and heads of their respective guilds. Practical men. Respectable men. Men who provide the basic necessities to the common folk such as – food on the table, bread in the stomach and light by which to do work at night.

So, why is it then that butchers are a dying profession..? 2 months ago I watched on TV as Gordon Ramsey went out to the streets of London and asked people “Where do you buy your meat?” and the overwhelming response was ‘ the supermarket’. I think here in Malaysia, though people still go to the wet market for their meat, the situation is much the same as the UK, where the numbers of butcher going citizens are now lower than say 10 years ago.

I also remember my Ahmah (grandma) in Ipoh going to the local butcher shop with me, when I was very young, but later in life I could not for the life of me, remember her going anymore. Is this due to the convenience of ‘one-stop’ grocery shopping in the comfort of air-conditioning offered by mega supermarkets? Is it the pampered younger generation preferring not to smell blood and see the gore but instead pick from the dainty, sterile cling-filmed and styrofoam-bottomed pre cut meats that sit on supermarket shelves? Less hassle, less mess, less smelly yes.. but the quality and choice may be inferior to that which is offered by a good butcher.

Is it the cheaper prices of the supermarket proving to be irresistible during these times of economic crisis?

Is it the fear of the butcher himself asking too many questions such as – What section of the pig? “Kei Tor Kun”? (how many kilos?) and you not knowing how to answer (this is ME in a nutshell.. can hardly think fast let alone answer fast in Cantonese.. gulp!). Perfectly cut cuboid meat sitting on refrigerated shelves cannot embarrass you by barking out questions or yelling at you to hurry up and get out of the way of other meat buyers, for sure.

Is it because the butchers themselves want a better life for their children and though the trade that has been past down from their grandfathers, and their grandfather’s fathers to them is great and respectable and all, at the end of the day, they would just rather their children grow up with glossy Certs that declare Lawyer, Accountant or Doctor.

Anyway, you may be wondering where I buy my meats.. Hmmm.. well although I look like a ‘siew-chair’ (prissy lady! hahaha) I actually buy my Pork (and chicken) from the butcher at the wet-market simply because I hate that plasticky, back-of-the-freezer-with-all-the-forgotten-meats smell that comes with supermarket meats. No amount of marinade etc. etc. can mask it.

I love visiting the butcher! They look so manly hacking away at hunks of red meat. (Hunks of hunks .. hahaha:P). They are THE professionals in the meat industry. (Which reminds me of that line my Ahmah use to threaten me with “If you don’t study hard, you are going to grow up and marry a Mai Chee Yoke Low (butcher)!” erm.. so what’s wrong with that, Ahmah.. ?) The local butcher can supply retail meat with that added value because they know their customers, and best of all they know their meat.

Bottom line the end product tastes nicer from the local butcher, so I really don’t mind braving the screaming, jostling, elbowing aunties and even the expletives hurled my way when I cannot cough up the correct chinese words to order in time. Call me crazy but I am the one who carries back the bleeding chopped up meat in plastic bags.. not my other half:P

So here’s the Poll. Butcher Meat or Supermarket Meat .. which one do you buy?

I fell in love with Dempsey! Not Patrick Dempsey.. the place Dempsey in Singapore. Imagine large, winding driveways, massive, refurbished bungalows with loads of…