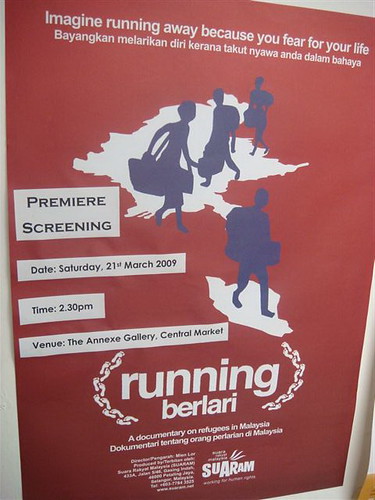 We were searching for something a little different to do this weekend. Having heard about the screening of the film RUNNING/BERLARI at the Annexe Gallery, Central Market, we thought this would be it. Being early, we decided we had a little bit of time on our hands for lunch, before the film started. (hmm.. which means some food blogging ‘fodder’ whilst we are at it.. ;D) 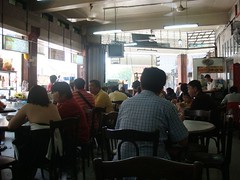 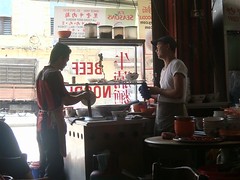 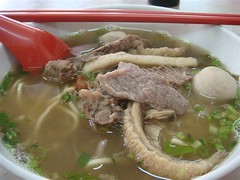 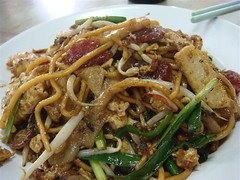 Legging it down to one of the nearest coffee-shop, Kedai Kopi Lai Fong, we decided on the beef brisket and beef ball noodle, as well as the Chinese Fried Mee. 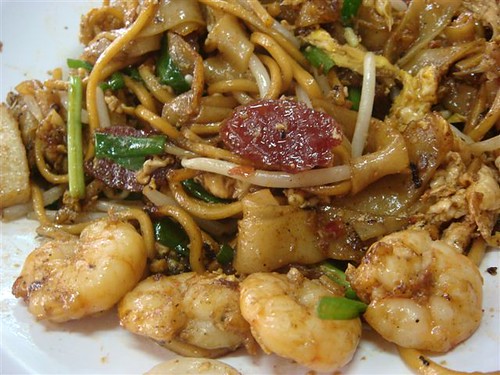 The Beef Brisket noodle was so-so.
The fried kuey teow -mee was quite good… not because of the price of RM5.00 (which is the normal rate for a large plate nowadays), but it actually included 7 to 8 medium sized prawns (there would have been more prawns in the picture but ciki set upon it like a crazed seafood hunter before the shot got captured)! Besides the prawns, there was a handful of sliced chinese sausages and fish cake. Really value for money in one of the busiest parts of KL! 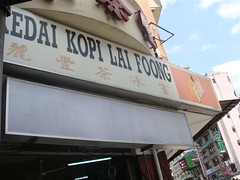 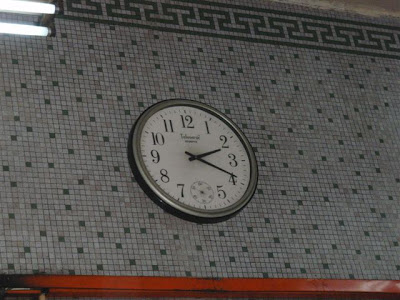 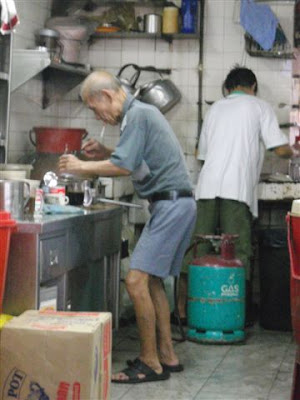 This old school coffee mixologist (I’m going to use this trendy catch word from now on) needed the support of the counter to stand up in between whipping up the concoctions. He should really retire and at the same time, quit smoking. 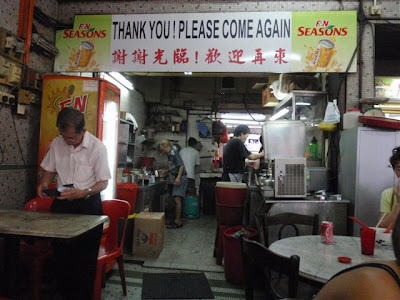 “Thank you Please Come Again” – Yes! We will for the Fried Kuey Teow (Rice Noodle) 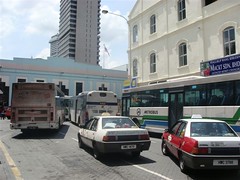 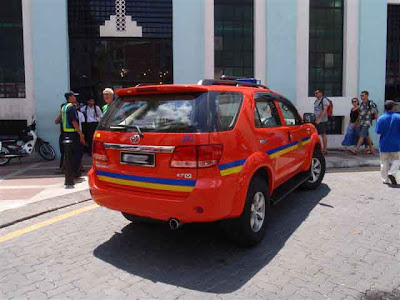 Heading back towards Central Market, you will see the oh-so-familiar traffic jam that is part and parcel of living in KL.
Cumi: That brand new flashy orange Toyota Fortuna from Jabatan Pengangkutan Jalan (JPJ – Road Transport Department). They are spending on new vehicles in the economic downturn. May be I should work for JPJ. I can park anywhere I want! 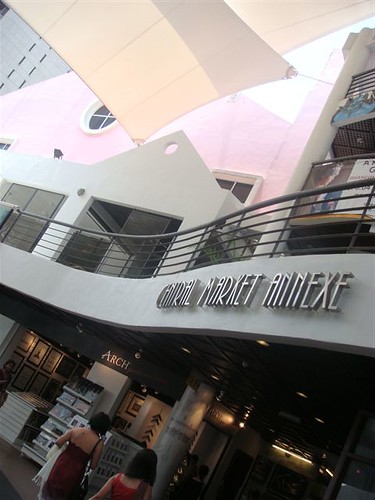 The Annexe Central Market. The Bohemian part of KL. Hangout joint of budding artists, established artists, film-makers, the artsy crowd.. you know the deal. Just oozing creativity basically.
Central Market is Kuala Lumpur’s popular tourist spot for arts & craft. Pretty much, a one-stop grab all those souvenirs place for those travellers who left it to the last minute. In recent years, the back portion (Central Annexe) has gradually become a hub for underground/overground artists, musicians to hobnob and publicise their projects. There used to be popular bars in the late 80s till early 2000 catering to an alternative clubbing crowd. Hmm.. there was a cineplex here too back then. Today, you can occasionally spot some punksters heading here for their dosage of underground rock band performances. 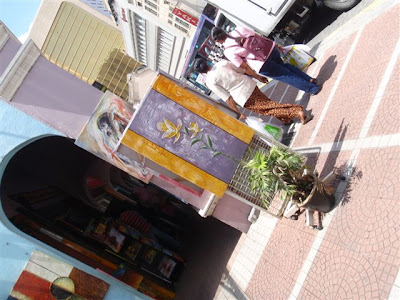 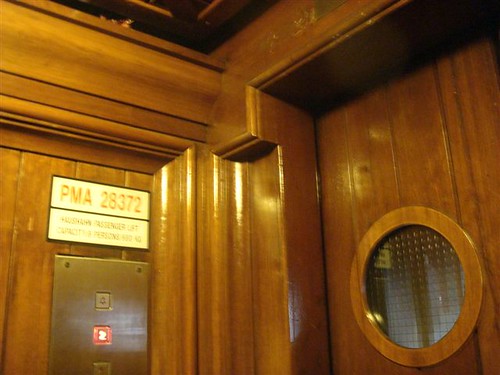 WOW! an old school cabin-style elevator! Just like being on the RMS Queen Elizabeth. Its doors should really open up to a gigantic ball room or on to the upper deck, overlooking a moonlit ocean.. 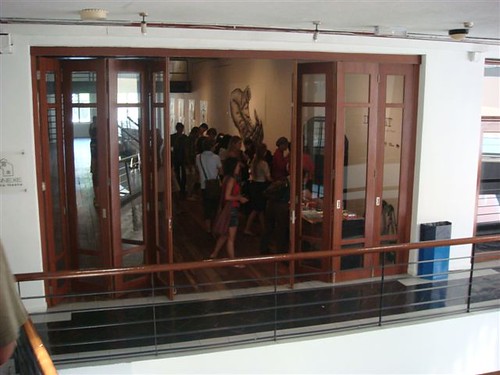 We get back to the Annexe and the place is already 80% full. Yikes! Hope lunch didn’t cost us our seats! 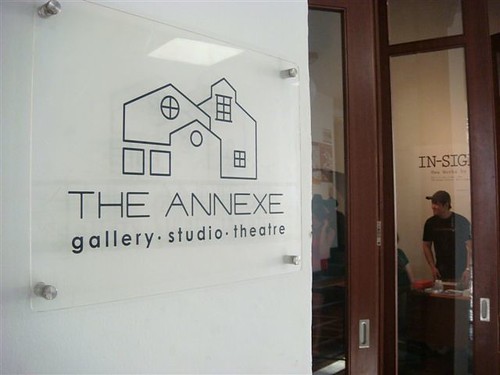 The show is about to start… 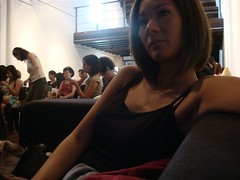 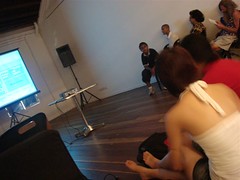 The place is truly packed but we managed to squeeze ourselves into a spot. 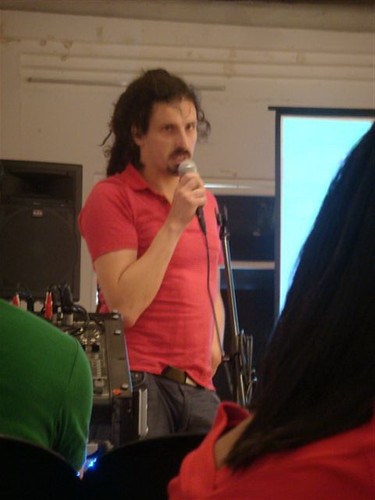 After a quick introduction, the film begins.

The gist of the film is this… 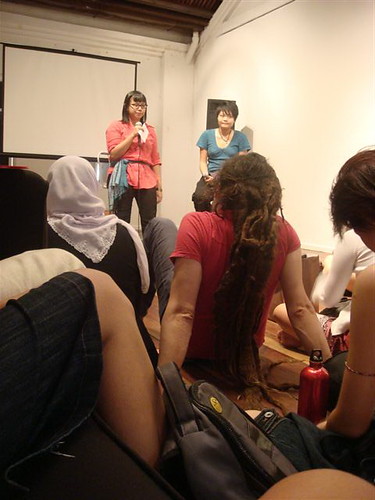 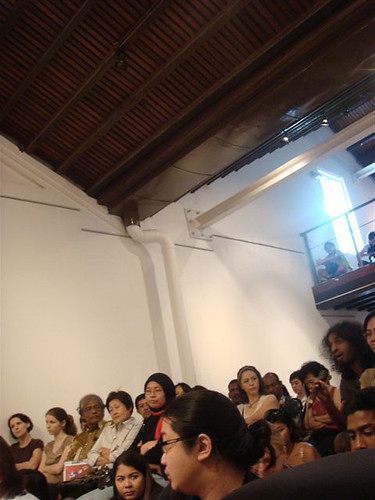 RUNNING follows the plight of different individuals who ran away from their homes in Burma, to escape the political havoc and poverty, in the hopes of freedom and a better life. They are each a refugee, asylum seeker and/or stateless person. As they tell their stories, we get a glimpse into their difficult lives in Malaysia in search of stability and the hope of a better future that is denied to them in their home country. Their story also represents the stories of many other refugees who are currently in Malaysia.

Even after arriving in a foreign land like Malaysia, a modern south east asian haven which has a political and economic system much more advanced than Myanmar, these refugees have to face persecution all over again. Many arrive with only the clothes on their back without friends and without anyone that cares. They are subjected to discrimination and exploitation. 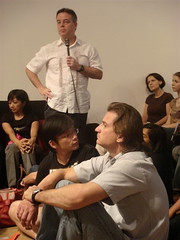 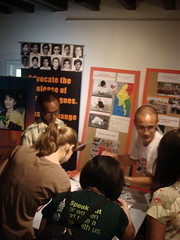 What is SUARAM?
SUARAM stands for a society that is peaceful, free, equal, just .. uphold human rights.

SUARAM believes that only an active citizen’s movement is able to hold the government accountable for its actions.

We need to maintain a society which upholds human rights as a basic benchmark because it is the only way in which citizens can be protected against discrimination, corruption, lawlessness and arbitrary abuse of powers.

We need to institute a Malaysia steeped in human rights. This includes the right to express oneself; freedom of religion; independence of the judiciary; freedom from abuse of police powers; environmental protection; the right to food, shelter, health and education. 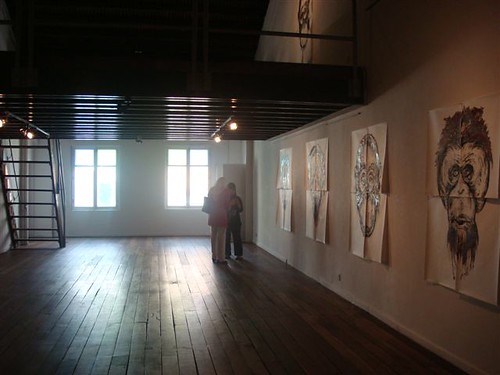 Ciki: What I gathered from this public screening was that not only are Burmese/Myanmar refugee adults the victims, more so, the kids. One young Burmese boy told the story of how he left his homeland together with his grandma on a small trading boat (organised by human traffickers for large sums of money) to endure rough waters to reach our shores followed by bumpy cold and crowded land transfers which made him throw up. He recalls a particular rough patch in the sea, where a boatman mentioned that it was the exact same spot where many boats had capsized and many lives were lost. This made him fear even more for his life wondering why he had to endure this for a better future.

There are many Burmese kids in KL today. All of them do not have equal rights and the parents do not have the money to send them to Malaysian public schools. In reverse, the parents/guardians hide them away in the homes fearing their safety. There are non profit organisations and the established Burmese communities who have setup education centers to provide the children a center for learning and playing. They constantly need volunteers and donations to improve their standards.
Just like kids anywhere else in the world really… they need love, education, protection and interaction. They would enjoy nature parks, movies, a nice meal, a role model and most of all, some friends play and talk with.

If you’re interested to donate, buy a book for charity, volunteer your time to teach at a center or even taking these kids out for trips, you can find out more by sending an email to my.beautiful.myanmar at gmail dotcom 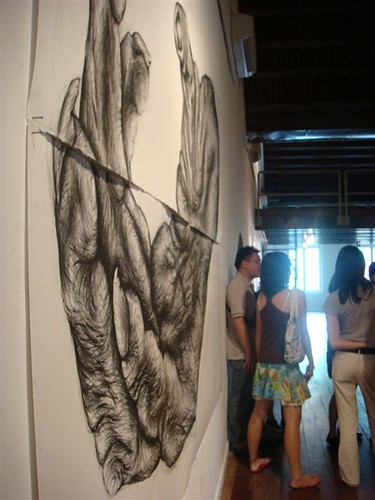 For future screenings of this show (might be at different locations) you might want to check out
http://running-suaram.blogspot.com/ 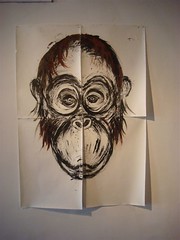 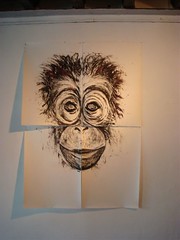 *Art by Lisa Roet – works and drawings addressing the demise of wild orangutan populations in Borneo.

“I hope that Malaysians will see this exhibition and question what our government is doing for the protection of these primates and our national heritage to ensure the long term survival of our mega biodiversity… Unfortunately procrastination and corruption in the political and administrative processes have meant that the Malaysian environment has paid an awful price over recent years: illegal logging, trafficking in wildlife, fragmentation of our remaining forests, over fishing, clearing of land for indiscriminate development and plantations, unrelenting land fill… the list goes on. We must put a stop somewhere, and now that prices of our commodities have dropped may be, must be, the time to start….”

Saying that the year sure has flown by, is a huge understatement! We just got an invitation to check out the Berbuka Puasa spread…