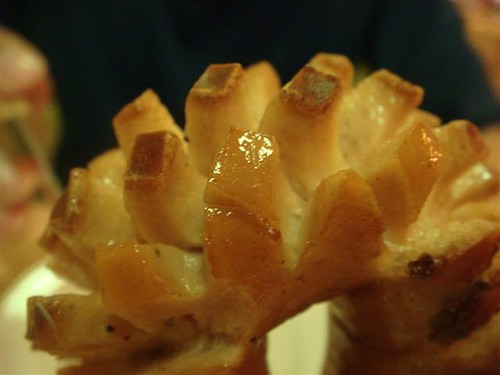 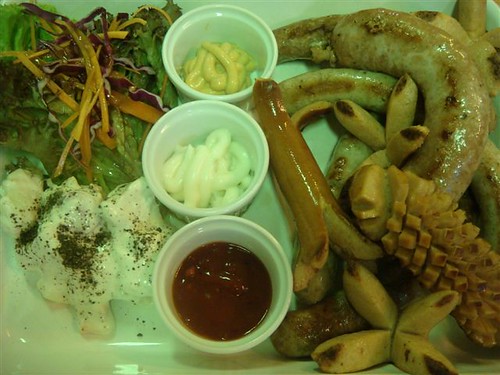 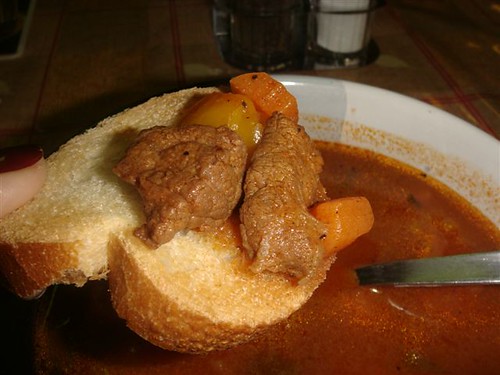 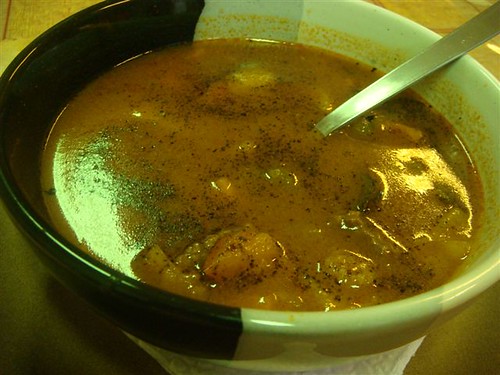 It’s a smoking hot bowl of beef Goulash! Man was i excited with i saw the word Goulash. The last time I had it was yoinks ago in Budapest.
So what is goulash?
Authentic gulyás is a beef dish cooked with onions, Hungarian paprika powder, tomatoes and some green pepper.
Potato and noodles are also added according to some recipes.
Hungarian goulash is neither a soup nor a stew, it’s somewhere in between. In Hungary it’s considered rather to be a soup than a stew, so look for it among Soups on restaurant menus.
This thick, hearty dish was (and still is) a very popular dish among herdsmen in Hungary. They made it in a cast-iron kettle hung above open fire, out in the fields.Herdsman is gulyás in Hungarian, so that’s where the dish’s name comes from.
I wolfed down my soup because i was HUNGARY! (haha) 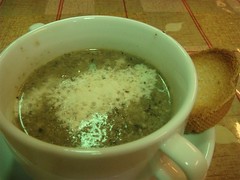 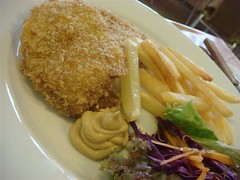 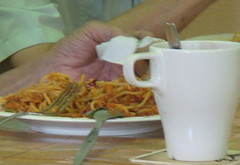 The Pork Escalope was divine… very crispy on the outside and tender on the inside. At only RM9.50… what a steal!
The mushroom soup was a tad salty but thick and rich.
Vary Pasta’s set menu of either RM10.50 or RM12.50 is really rather affordable, which include a soup of the day, main dish, ice-cream and herbal tea. The pasta dishes are of above average portions. 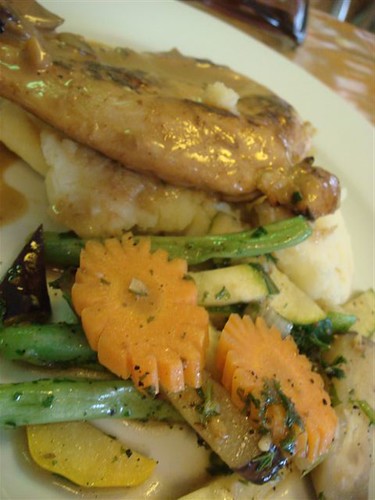 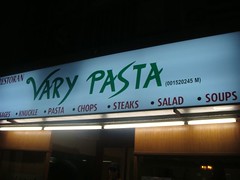 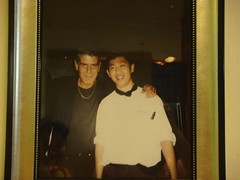 Facing Atria – just walk out from KFC and you will see it.

Sometimes you just get sick of eating at all the same places. So these past weeks, hanging out with my Uncle Thomas has been…