We love Vietnamese cuisine because it is light, airy and full of greens… and eating at a Vietnamese restaurant does not leave you feeling heavy and sleepy…
We had some errands to run… people to see… sigh, no rest for ther wicked! We dashed to PJ, then to Ampang… then back to Bangsar. By the time we finished, it was 2.29pm… and we feared that most restaurant kitchens would be closed:( We legged it over to the shop closest to where we parked, and as it happened , turned out to be a Vietnamese Restaurant.
Cungdinh Vietnamese Restaurant at ONE Bangsar.
Lucky be a lady! The kitchen was still open.. 🙂 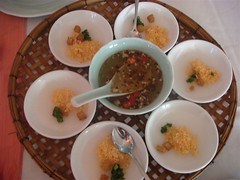 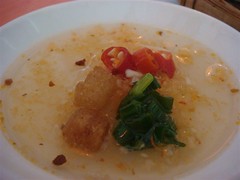 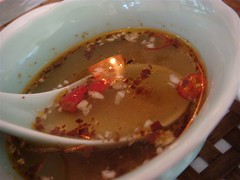 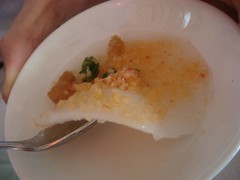 Vietnamese cuisine can be basically divided into three categories, each pertaining to a specific region. With north vietnam being the cradle of vietnamese civilization, many of Vietnam’s most famous dishes, such as PHO (rhymes with “duh” ..), have their birthplace in the North. The North’s cuisine is more traditional and more strict in choosing spiciness and ingredients. The cuisine of south vietnam has been influenced by the cuisines of southern chinese immigrants, and thus Southerners prefer sweet flavors in many dishes. The central region serves characteristically small side dishes and is spicier.

Ooooo… i see one of my favourite starters!

A Hue specialty Banh Beo, is served as a tray-ful of delights – individual dishes of steamed rice flour dough with tiny dried shrimp, spices and pork crackling (but in our case, fried breadcrumbs) and served with a sweetened nuoc mam sauce. The fish sauce with the searing, hot chili is what gives it that tongue-numbing kick! 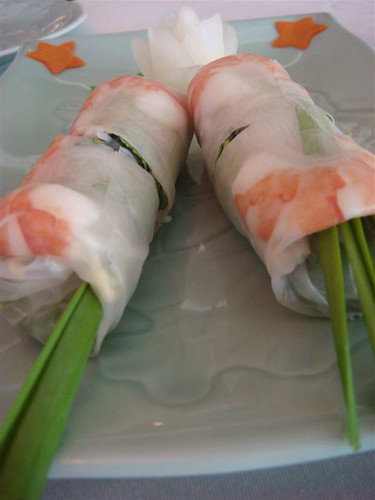 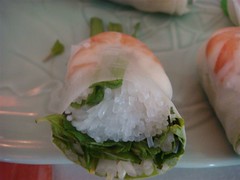 Gui Cuon (…literally “mix salad rolled”) is a Vietnamese food consisting of pork, shrimp, herbs, rice vermicelli, and other ingredients wrapped in rice paper. Unlike Chinese egg rolls or spring rolls, summer rolls are served cold, and are not fried.

Hmmm.. again the pork was missing.. and again, though tasty.. the spring roll lacked that rich flavour that only pork can impart..

Nevertheless, it was light.. pungent with basil and easy on the palate… 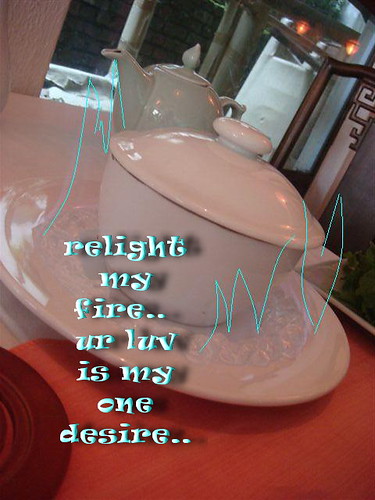 Another great beef entrée is the Bo Dac Biet..

We watched the flickering blue flames (enhanced by my killer photoshop skills for effect.. (not!) .. teehee:P) engulf our starter.. 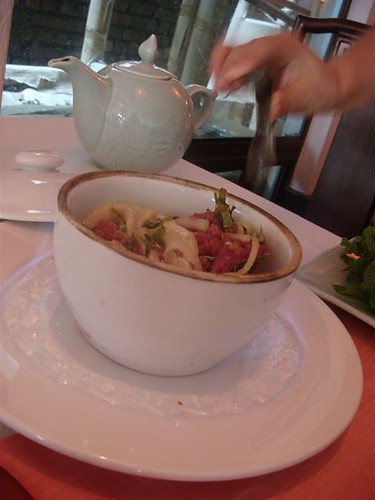 Though it looked hot, the lady waitress was incredibly nimble at manuevering the lid and served us from the flaming pot, without so much as flinching…

Then there was a brief intermission.. as we waited for our main course…

Geeze… that thick, heady smell of meat on the boil… had me looking toward the kitchen door.. trying to decipher that aroma… 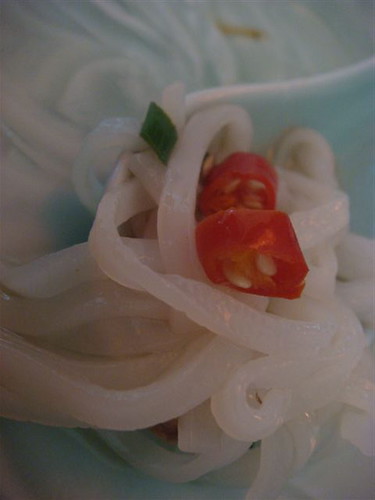 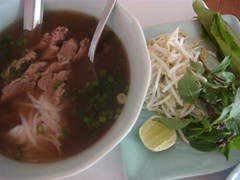 In Vietnam, soups are hands-down favorites of North and South regions and more likely to show up at breakfast than any other meal of the day. The beefy Pho of North Vietnam reflects the influence of Mongol invaders with their love of beef.

We dug into our PHO. It was gooooooooood. In contrast, whilst the beef resisted nothing… the noodles resisted the tooth.

A well-prepared soup, delicately yet purposefully flavoured, can act like a soothing balm.

We were comforted. We were soothed. 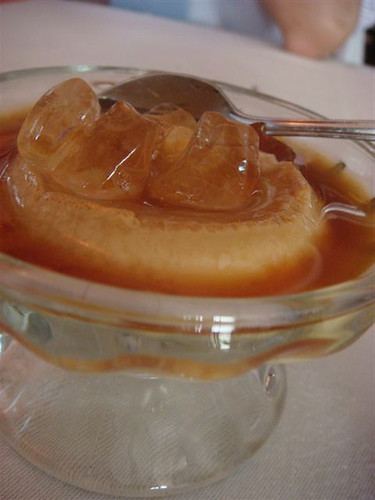 The Banh flan(caramel flan) is a french dessert that made its way into vietnamese cuizine, via the french colonization of vietnam. Eventhough the flan is traditionally baked, OVENS were rare in vietnam. Therefore, in vietnam, cakes were usually steamed or boiled, but very rarely baked. The steaming method is much faster, but harder to master than the bake. Heat from the steam is not predictable like heat from the oven.

Wow! I was tempted to go look in the kitchen to see if they cheated and BAKED it.. or if they indeed steamed the Banh Flan, true to vietnamese style .. haha… 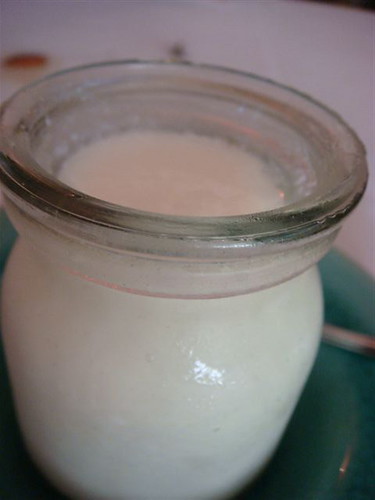 Finally , the homemade vietnamese yogurt. This, i liked, even better than the banh flan. It was more tart (as a yogurt is) than sweet, and had a thinner texture than your normal processed yogurt.

Sweet and tart at the same time..

Address: Cungdinh Vietnamese Restaurant One Bangsar, Bangsar
Food:6/10 (better if there was pork in the dishes that required pork)

“Kai Pavi Da!”  Says the huge garish sign featuring a popular Tamil actor, which means “Use Hand la!” And the food here is so…