Whether it be cool halcyon days or the heat of flamenco that you’re reminiscing, Andalucia Spain holds all those attractions and more, in her belly. From Granada to Seville and Málaga, Cádiz to Córdoba, its colorful land is full of cultural and historical attractions. Most of them date back to centuries ago where the Christians and Muslims ruled over the region. Today, you can feel the harmony in the air of Andalucia as you walk along what was first built hundreds of years ago and still is preserved by the Spanish people up until today. 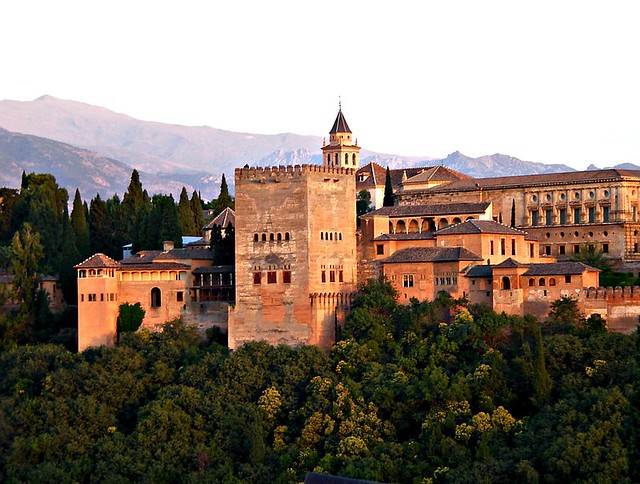 You cannot visit Andalucia without setting foot inside the biggest attraction in the region. Alhambra, which is in Granada, throughout history was a palace, fortress, and a small city. That alone attests for how big the monument is. The Alhambra reflects Moorish culture – it is part palace, part fort, part World Heritage site, part lesson in medieval architecture.

It was first built between the 8th and 9th century and has since been the crown jewel of Granada. The Alhambra takes its name from the Arabic al-qala’a al-hamra (the Red Castle). The first palace on the site was built by Samuel Ha-Nagid, the Jewish grand vizier of one of Granada’s 11th-century Zirid sultans. In the 13th and 14th centuries, the Nasrid emirs turned the area into a fortress-palace complex, adjoined by a village of which only ruins remain. After the Reconquista (Christian reconquest), the Alhambra’s mosque was replaced with a church, and the Convento de San Francisco (now the Parador de Granada) was built. Carlos I (also known as the Habsburg emperor Charles V), grandson of the Catholic Monarchs, had a wing of the palaces destroyed to make space for his huge Renaissance work, the Palacio de Carlos V. During the Napoleonic occupation, the Alhambra was used as a barracks and nearly blown up. What you see today has been heavily but respectfully restored. 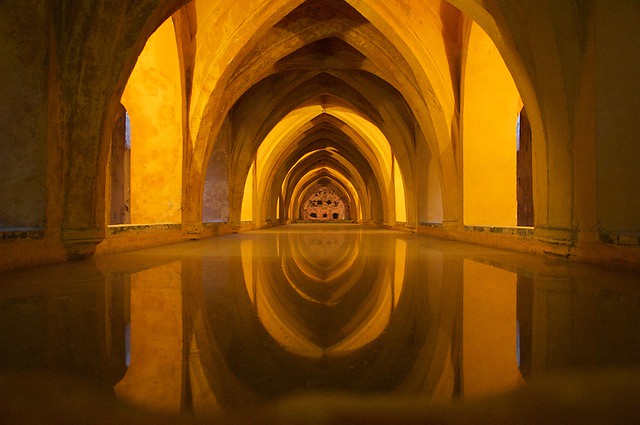 The grounds of the Alcazar are extensive and fascinating, so be sure to leave yourself plenty of time to wander around the whole palace and gardens – two to three hours minimum!

The Alcázar of Seville is a royal palace originally developed by Moorish Muslim kings. The palace is renowned as one of the most beautiful in Spain, being regarded as one of the most outstanding examples of mudéjar architecture found on the Iberian Peninsula. The upper levels of the Alcázar are still used by the royal family as the official Seville residence and are administered by the Patrimonio Nacional. It is the oldest royal palace still in use in Europe, and was registered in 1987 by UNESCO as a World Heritage Site.

Rising from the cliffs, the Alcazaba is one daunting sight!  This Moorish fortress when first built, was intended to be a defense location against pirates, which gives it, up until today, an excellent overview of the mediterranean sea. 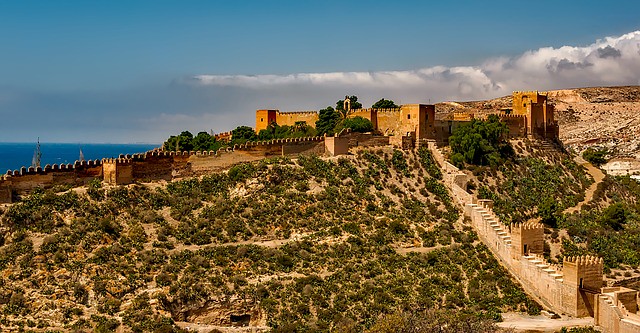 The Alcazaba was founded in the mid-10th century might lack the intricate decoration of Granada’s Alhambra, but is nonetheless a compelling monument. The Alcazaba is divided into three distinct areas. The lowest, the Primer Recinto, was residential, with houses, streets, wells, baths and other necessities – now replaced by lush gardens and water channels. From the battlements you can see the Muralla de Jayrán, a fortified wall built in the 11th century to defend the outlying northern and eastern parts of the city, as well as stunning city and coastal views. In the Segundo Recinto you’ll find the ruins of the Muslim rulers’ palace, built by the taifa ruler Almotacín. The highest section, the Tercer Recinto, is a citadel added by the Catholic Monarchs. 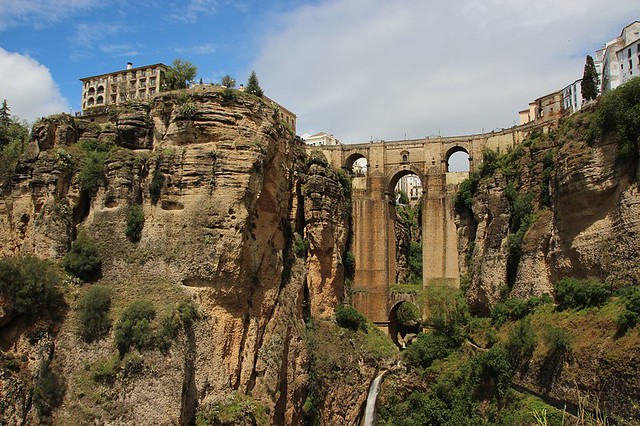 A look from under the famous bridge in Ronda

There isn’t really one particular thing to see in Ronda. Instead, the whole town is worth a visit. It is actually a mountaintop city, part of the Malaga province, that is a historical and cultural destination that tourists must check out. The most must-see spot, however, is Puente Nuevo; a bridge that divides Ronda into two towns; old and new town. It is a thing of beauty!

On every list of things to do in Seville is a visit to the world’s largest Gothic cathedral. It is recognized as a UNESCO World Heritage site. There are only a handful of words that can describe the beauty of the cathedral and they were all said by the elders that first built it… “Hagamos una iglesia tan hermosa y tan grandiosa que los que la vieren labrada nos tengan por locos”  in other words… Let us build a church so beautiful and so magnificent that those who see it finished will think we are mad! 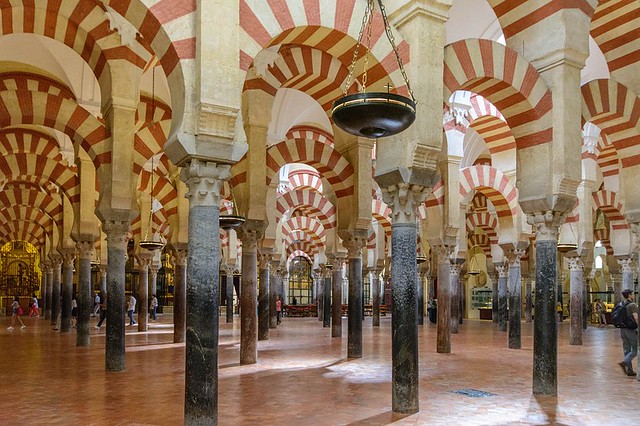 The inside of the Mezquita, Cordoba

Aka The Great Mosque of Cordoba, the Mezquita represents a reminder of all that Andalucia has been through. Throughout history, both Christians and Muslims ruled the area for a period of time, and even divided and shared the Mezquita once. Today, and since 2010, the Mezquita is officially recognized as Mosque-Cathedral of Cordoba. Tourists and Spanish locals can enjoy the wonderful architecture any day of the year for a small entrance fee and adequate clothing.

Getting around the White Towns of Andalucia is a great way to spend your next trip to Spain. Spread across the northern part of Cadiz and Malaga.These villages houses are mostly white, with red or brown roofs. It is a great idea to check out one of these towns from a bird’s-eye view angle to fully enjoy their artistic beauty. 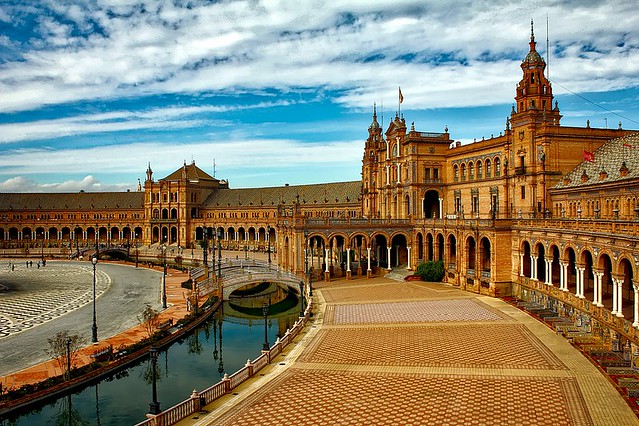 A side view of Plaza Espana, Seville

Another must-see attraction in Seville, Plaza de Espana is a huge space used by administrative business. It is, however, half surrounded by a large Moorish building. Although tourists do not really have access to the building, it is the outdoor view that is worth the visit to the Plaza. You can, also, rent a rowboat for a 45-minute canal trip around the plaza for €5 and enjoy the rest any time by yourself. 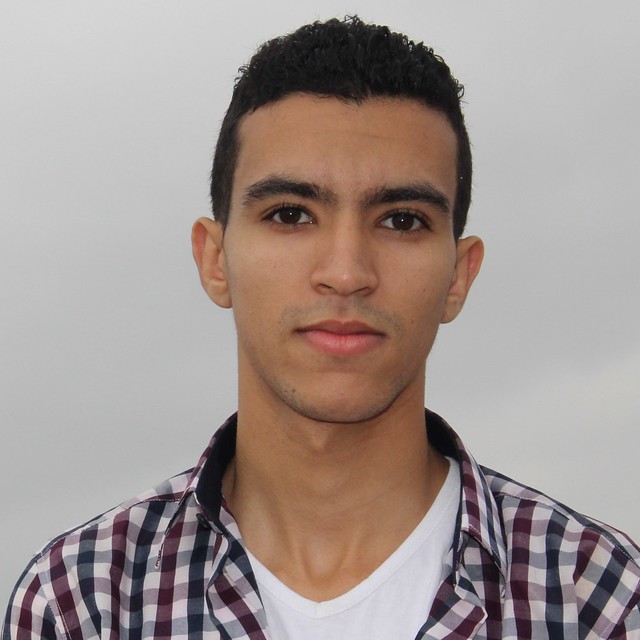 About this week’s Guestwriter :
Youness Bermime is a Moroccan based writer & blogger who loves to travel. Check out Ultimate Spain Travel Guide for more info on Spain. Connect with Youness on his Facebook or following him on Twitter for more travel (and blogging) related adventures.