At some point in your travels, you probably wondered about getting an action camera to capture different angles of those holiday trips which might include scuba dives, cliff jumping, snorkeling, caving, mountain biking, off road buggies, whitewater sports, paragliding, skydiving etc etc. 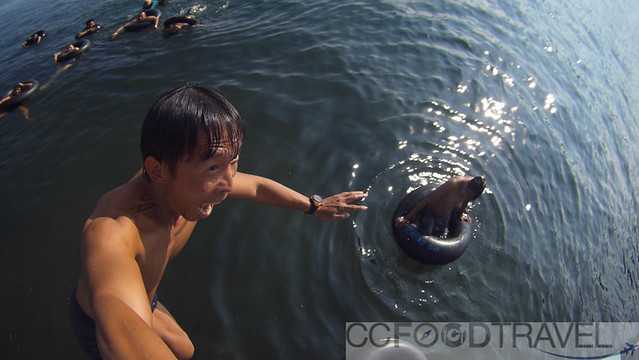 The versatility of shooting with an action cameras adds that magic when showing off your adventures to your mates and your competition. GoPro undoubtedly is still the clear market leader though the competition amongst the top tier brands are getting very close.

So what does one usually do? One would shop around then discover the cost prohibitive nature of owning one of the market leaders like GoPro, Ricoh, TomTom, Garmin, or Sony. Waterproof phones might be a good alternative and convenient but they are bulkier and costly to repair or lose. Unless you are going to use the action cam extensively, you might want to consider something more affordable in the event of damaging the new camera or completely losing it in the deep waters or suffering damage from a crushing blow.

Though new to the action camera game, we have had some casual encounters handling GoPros and Sony Action Cams. They deliver great quality HD videos but we didn’t want to spend on the premium price. We needed a cheap and good action cam for the occasional wet and muddy adventures we get into so we went shopping around for a budget camera with the following requirements
– ease of use
– GoPro accessories compatibility
– the best audio visual captures in its class or its price range
– a LCD screen for menu selections and reviewing captures
– customizable settings
– WiFi connectivity
– timely firmware updates and quick responses from the manufacturers

There are plenty to choose from in the budget category such as Xiaomi Yi, and SJCAM. We settled on the GIT2 action cam based on positive feedback on forums and it met most of our needs.

Here’s our brief review of the GIT2 if you are shopping around for a budget action camera. 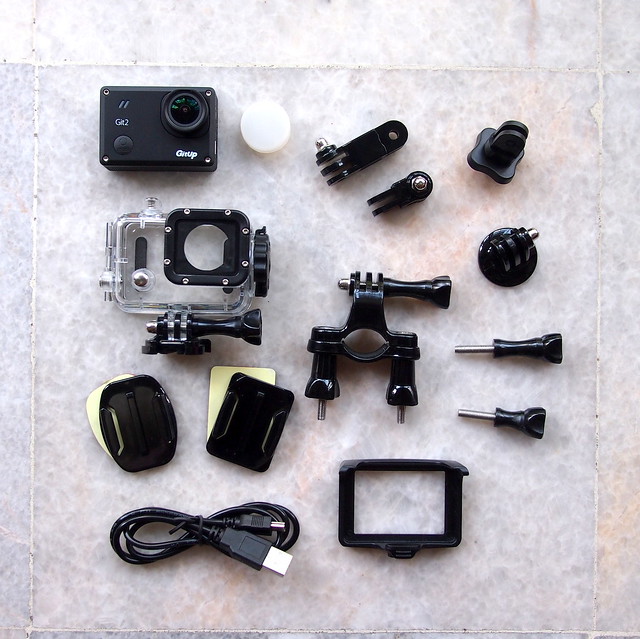 GIT2 waterproof case and connectors are interchangeable with most GoPro accessories and mounts so it will also fit into other third party accessories made for GoPro use too.

GIT2 can be used as a dashboard camera too but you will need to purchase the optional windshield grip.

Apart from good captures, one of the most important things to have in a tiny action camera is a well organized menu system which the GIT2 has. A well organized and easy to use menu means a faster setup to capture an event which a lot of times doesn’t wait for you to happen. The GIT2 menu system is only let down by the inconvenience having only a forward selection process. This means if you missed a setting, you would need to start over. Dedicated back and forward control buttons would have been more convenient. Of course, a touch screen or a remote wristwatch with a display would even be better.

One of the interesting features of the camera is its manual settings where pro users can fiddle with the white balance, ISO, time lapse, exposure, metering, shutter speed and more. This ‘professional’ mode allows tinkerers to improve their captures. There is even a feature to start recording when the camera Not all action cameras has these features.

One of the features I like to use is the Video Snapshot function which allows the capture of still images at different intervals while in video recording. Very handy. 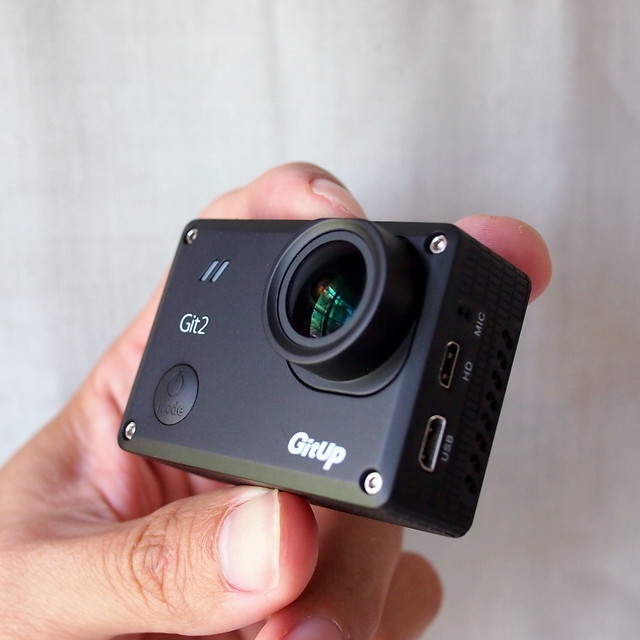 Image quality for still pictures and videos for many action cameras under bright conditions is generally very good. The GIT2 video captures are very good for its price range but not to the level of a Sony Action Cam or the GoPro Hero 4.

GIT2 uses the Sony Exmor IMX206 sensor and the Novatek NTK96660, a combination which is reported to provide good low light still captures and decent video captures. The other popular budget action cameras, Xiaomi Yi and SJCAM SJ5000x Elite also uses the same sensors and chipset. Lens quality and a good circuit board is still an important factor for quality captures which is something the bigger brands have over cheaper alternatives. 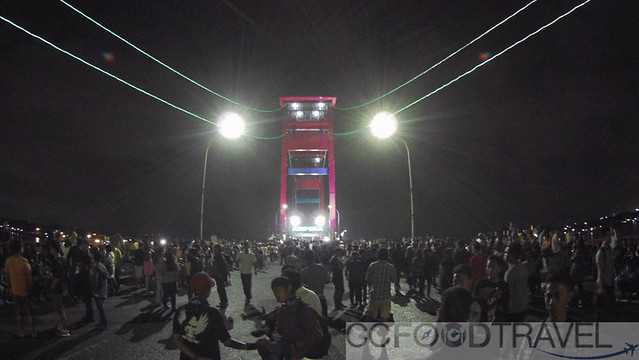 All action camera captures will suffer in low light conditions, even the big brands. In our real world handheld usage, low light captures are passable. The still images have strong in-camera sharpening even when the sharpness level was set to normal.

What’s really bad about action cameras are the amount shake you get in a video from just walking with the camera in hand. Thankfully, Git2’s gyro stabilization function works perfect and reduces the shake or wobble significantly for one to enjoy watching the action. The video dimensions are a little cropped when the stabilization feature is switched on, though.

Sound capture is one of the best features of the GIT2 and quite possibly the best among all the budget action cameras. Though mono recording, the in-built mic captures background sounds loud with no distortion (unless the source is extremely loud) or tinny recordings. Even if you are narrating behind the camera at arm’s length, your voice can still be heard clearly. This is on just Normal setting. You can even increase its sensitivity but we never needed too. There is an input option for a USB mic too.

In this day and age, having wifi connectivity to sync and to control is a standard feature in most electronic gadgets. The GIT2 has built-in wifi but the drawback is the missing mobile app that was heavily anticipated but until now has not made an appearance. We’ve been using the third party app, FN Cam, which works better than Final Cam. The app is a little buggy but is sufficient for previewing shots.

There are some important features GIT2 could be improved on besides adding navigational menu buttons. One is a having plastic cover or silicone/rubber cover for the ports on the side of the camera to make it water-resistant when its outside the waterproof casing. It is small change but an important one as we had first hand experience getting sprays of water into the port and then having to wait for it to dry out before camera functions returned back to its working state.

Nowadays a lot of electronic goods do not include a comprehensive instructions manual in the package. Big brands usually include a quick start manual with diagram explaining the product, its basic settings and a glossary of the features that include a web-link to download a more detailed manual. The GIT2 offers a very rudimentary manual without much explanation on the settings and features. There is no web-link to a detailed manual. Owners would have to scour the Gitup forum for answers.

On several outings, the waterproof dive case fogged up and I had to open it up to let the trapped water vaporise. The case tends to repeatedly fog up in humidity and in water as the camera itself heats up with use. Gitup will need to re-design the case to improve its seal and may be offer anti-fog inserts. Meanwhile some home DIY is required to remedy this matter.

All Git2 owners are desperately waiting for Git2 official smartphone app to be completed for remote view, file transfers, and camera control. The current third party apps do not function well. Some can’t even connect. The only app that has allowed us to sync successfully is FN Cam which allows remote view and low resolution phone captures (image is not saved in camera). While Gitup is quick address enquiries on its missing phone app, it is taking far too long for the development to complete. 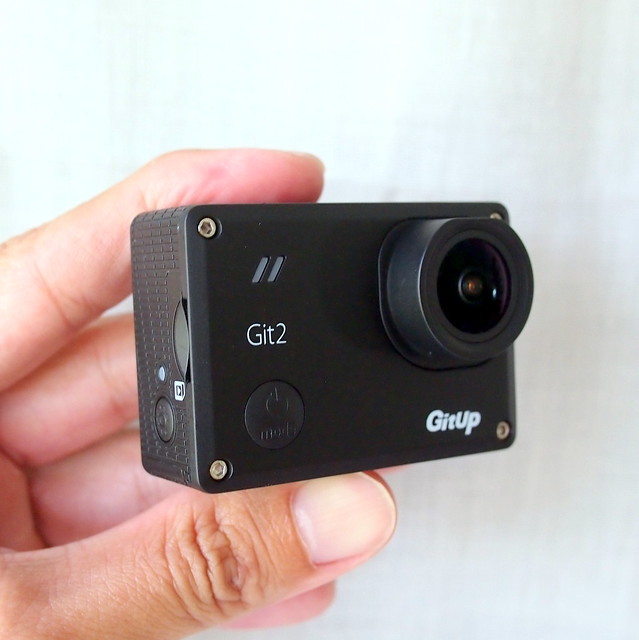 Update: After 6 month of use, the shutter button which not only takes photos/videos but changes settings failed without any reason. It has happened to several of owners. Now seeking a solution directly from Gitup.

Update 2: Gitup had us open up the camera to investigate the problem. Shutter button circuit board had broken off from the the main circuit board. Gitup acknowledged the manufacturing weakness and sent a new replacement camera. Great service!

If you need an action cam for general usage, GIT2 offers the right balance between quality and affordability. It’s not the cheapest but you get good video captures with excellent audio recording. The firmware updates are frequent enough to address issues.

Check out the video to see how GIT2 captures the world.

Plot: A career criminal struggles to perform an act of street justice as he loses control of his faculties in this thriller from Belgium….