In ancient times, the eclipse of the sun was associated with myths, legends and superstitions. The solar eclipse was seen as a bad omen or a doomsday message by people from different cultures.

A precursor to disasters and destruction.

Tyrannical shamans and the like, created fear and control whenever an eclipse occurred.  Today many superstitions have been debunked by science so we can all enjoy a few rare solar eclipses in our lifetime instead of hiding in a cave. Recently we received the opportunity to witness the only total solar eclipse of 2016 in Palembang, South Sumatra – a place of legends, ancient kingdoms, an ancient center of Buddhism, and a hot-pot of culinary goodness. 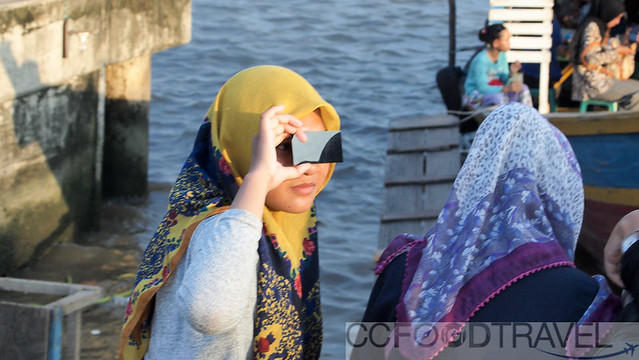 Palembang and at least 11 other cities across 12 Indonesian provinces would see a total eclipse of the sun or in Indonesian language, gerhana matahari total. The moon’s shadow would continue to sweep into uninhabited parts of the North Pacific Ocean. Palembang would be the first city to view this rare phenomenon of the moon covering the entire sun for 1 minute and 52 seconds. Other parts of world facing the sun would only see a partial eclipse.

The diagram below essentially explains how a solar and lunar eclipse occurs.

On 9 March 2016, before dawn break, we marched together with a bunch social media influencers, international travelers and a throng of ‘Palembangites’ to Ampera Bridge to witness a unique moment in history. The iconic 224m bridge which rose over Musi River, joins Seberang Ulu and Seberang Ilir, the two regions of Palembang. It had already been closed off from traffic the night before. 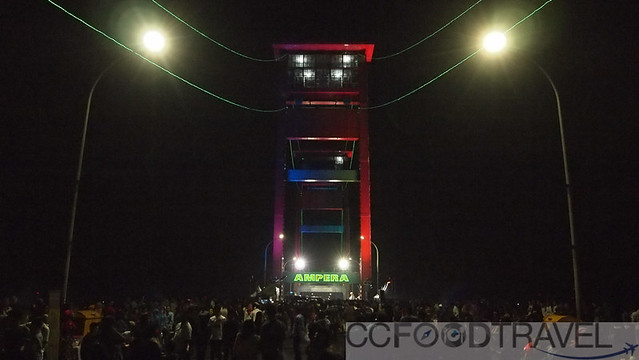 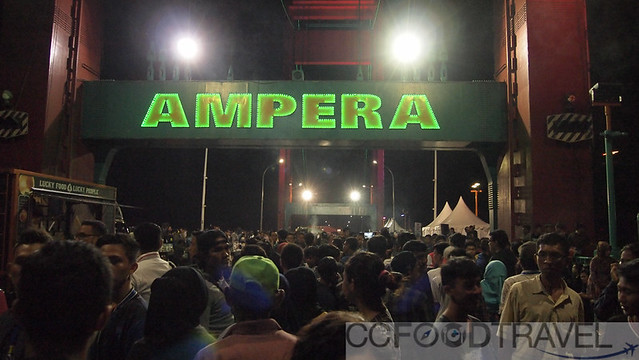 The solar eclipse coincided with Nyepi, a national public holiday and a holy day religiously celebrated by the Balinese. This explained the large numbers on the street. Nyepi usually brings the entire island of Bali to a standstill for a day. The whole island is quiet as all lights and sounds are switched off, no vehicles are driven, and all businesses are halted. The day before Nyepi, an Ogoh-Ogoh is performed. This is where giant paper sculptures of mythical Hindu creatures are paraded around the town together with loud gamelan music before being torched at its finale. We were told a smaller scale Ogoh Ogoh performance had been staged near Ampera bridge the day before. 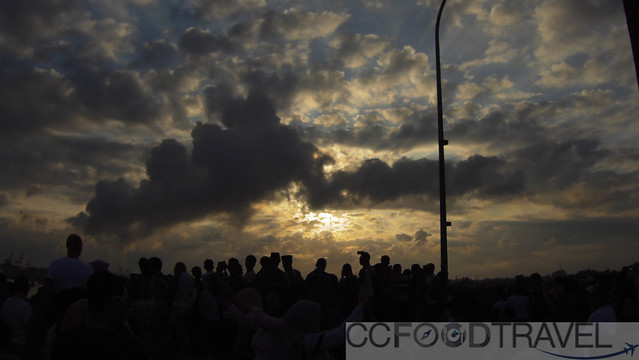 When we arrived, Sumatra was still experiencing the monsoon season. As daylight broke, the lit skies revealed plenty of cumulus clouds blocking the sun. By this time, Ampera had been completely swamped by a sea of people who felt the best view of the eclipse would be on the bridge. Even the area for media and VIPs had lost its exclusiveness with gatecrashers invading any space they could stand on. Security was lax but the atmosphere remained cheery with local performances and pop music pumping loud from the speakers, while MCs joked and bantered about the day’s events. 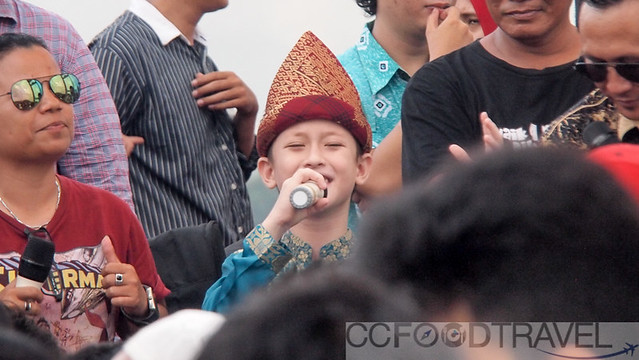 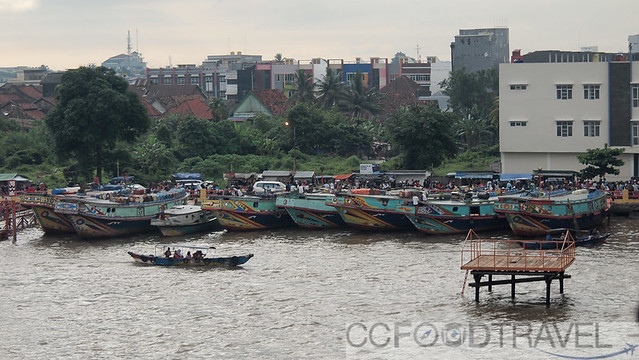 Crowds gathered on both sides of the riverbank 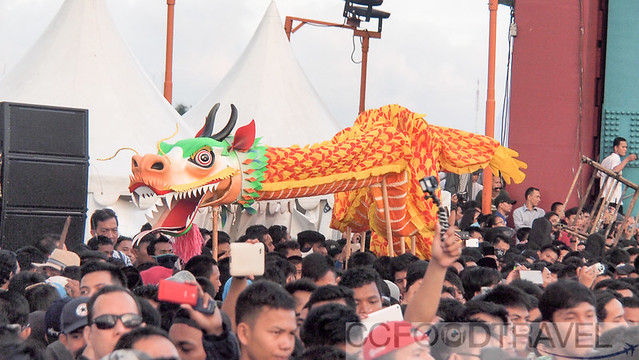 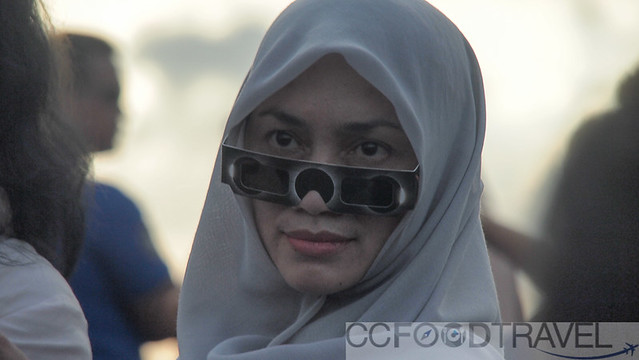 A Muslim prayer was recited over the speakers at approximately 0620 hours, the scheduled commencement time of the eclipse. The sky was still filled with clouds and smoke billowing from chimneys of nearby factories. Many prayed and wished for winds to blow away the heavy clouds. A break between the clouds soon revealed the beginnings of the eclipse and the crowds cheered in awe and reverence. 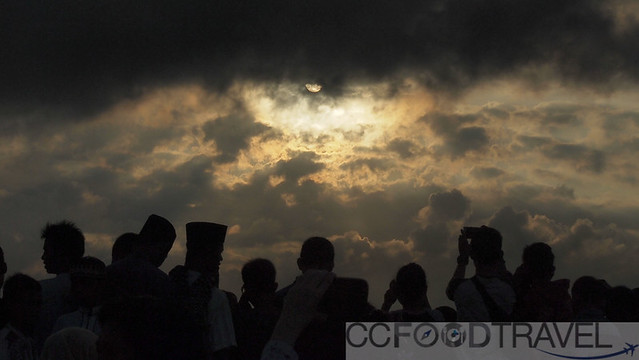 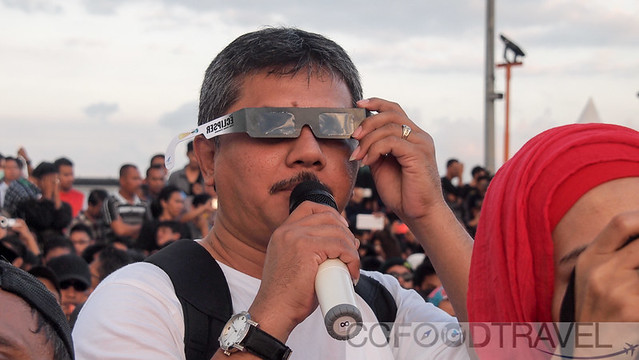 Faces looked up to the sun, eyes protected by film negatives and special sunglasses to watch the spectacle. Drones were seen and heard flying around the bridge. Large clouds continued to prevail, No winds to blow them away, but it didn’t dampen the spirits of the revelers. 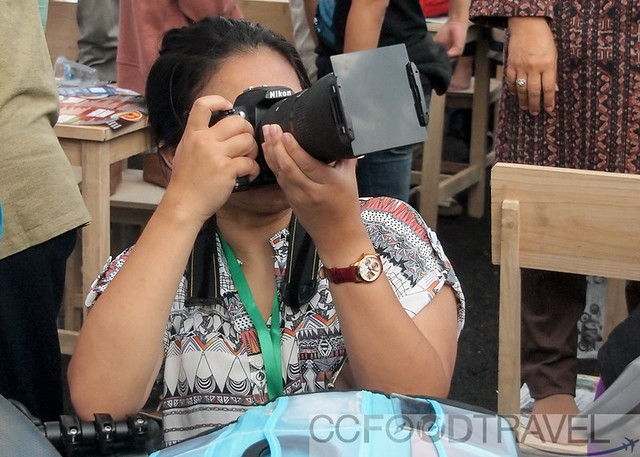 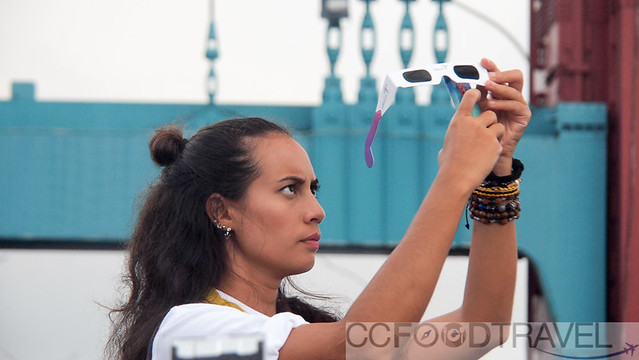 With each intermittent break between clouds, camera shutters from digital cameras and smartphones whirred and clicked to capture any glimpse of the moon creeping in to cover the sun. 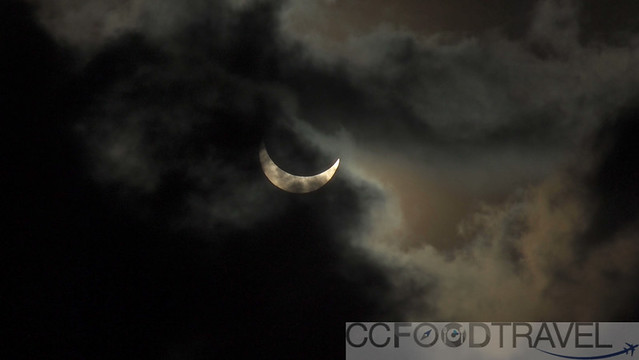 Daylight soon diminished to a dim, eerie atmosphere. Night fell on us once again in a matter of minutes. All marveled at this phenomenon at about 0720 hours. The overcast sky continued to block the sun preventing any opportunity to view the moon covering up the sun in its entirety. Photographers were disappointed needless to say. After recovering from the initial wonderment, many underwent withdrawals from jammed mobile data networks due to the high concentration of mobile users in the area. No one could update any social media accounts or send chat messages out. 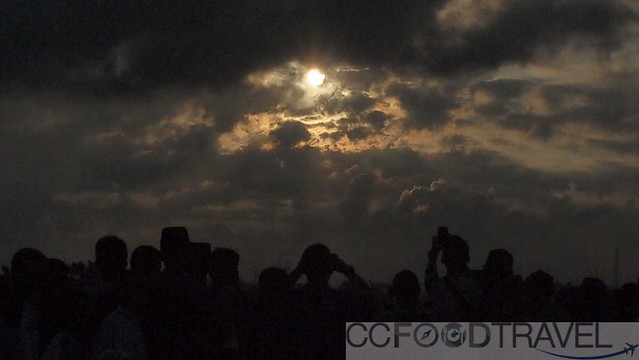 2 minutes passed by and the sky started to progressively lighten up once again. No ill fate befell us from the eclipse and life was just as before! 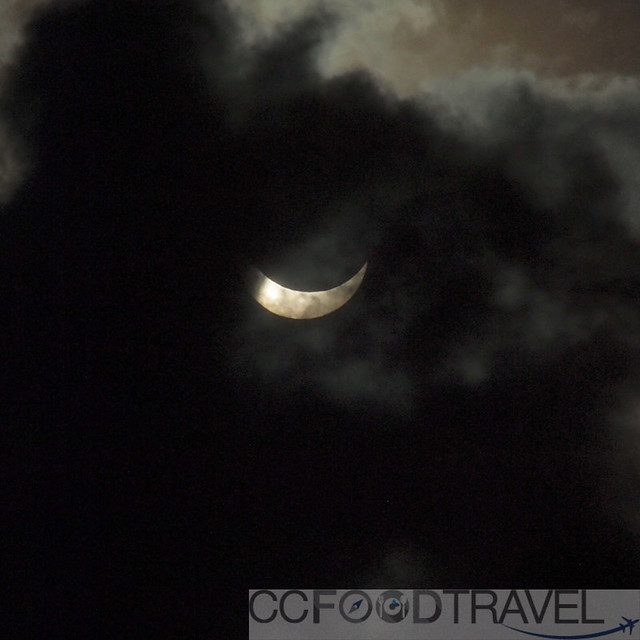 Even though we couldn’t view a total solar eclipse, the presence of being on a bridge in Palembang together with locals and people from around the world, plus being in the first city to encounter the eclipse was a priceless affair. A highlight for year 2016 to say the least. So glad to have been there to witness the momentous occasion. 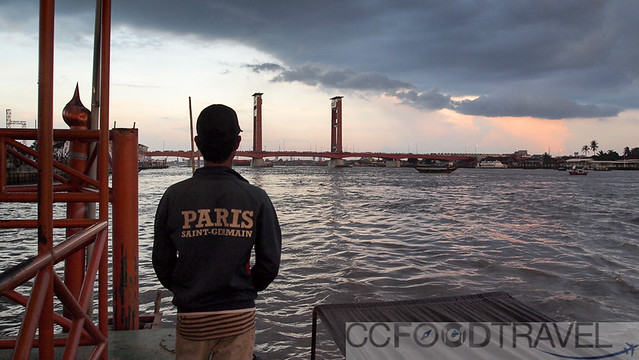 This trip was sponsored by Tourism South Sumatra. CCFoodTravel.com maintains full editorial control of the content published on this site as always.

One of the best ways to experience Malta, is by renting a car, and driving around the island. Some might say that the evel…