While we KL folk call it Prawn Mee, the Penangites call it Hokkien Mee.

Hokkien mee to us locals is the black colored thick noodles, stir-fried with pork lard, steeped in dark soy sauce, finished off with prawns, pork and serve with chili lime paste. So make no mistake, this is indeed the Penang version of the prawn mee that we are talking about. In some parts of Malaysia, Penang Hokkien Mee is called Har Meen (Cantonese), Heh Mee (Hokkien) or Mee Yoke. And Hokkien mee, is arguably Penang’s most favored dish, along with Assam Laksa and Char Kwey Teow and rightly so.. It’s super yum. There’s nothing like sweating over a piping hot bowl as fumes of prawn assail your nostrils and tastebuds. Nothing on earth. 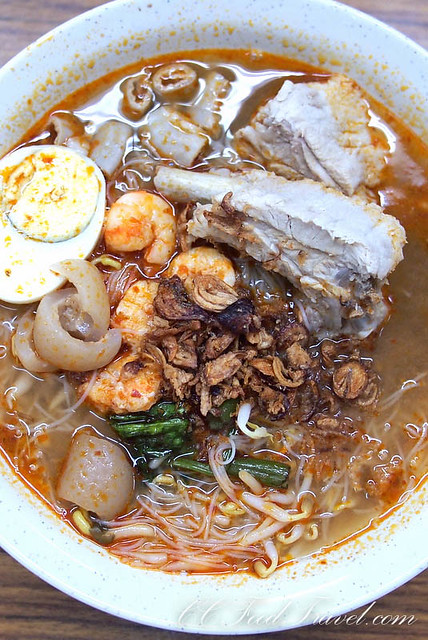 Anyway, back to the story about Chef Li and his Penang Hokkien mee. My folks had tried his hokkien mee at Restoran Gembira, Taman Megah and sent us to check it out. 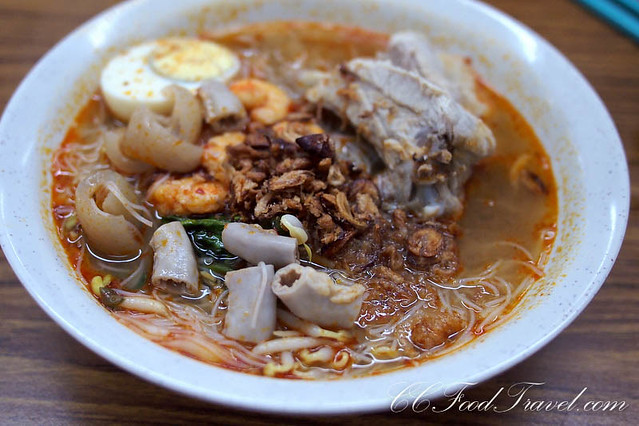 We visited the restaurant 3 times, before we actually found his shop open. Apparently he was back in Penang for some family matters, but as they say, third time lucky, so here we were at last.

So where does one start? A good starting point for the uninitiated would be to say that one needs to be a fan of blanched bihoon, or mee or even bihoon-mee. And prawn of course. 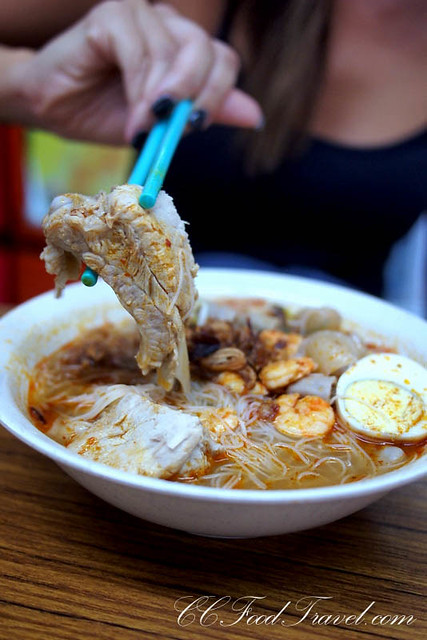 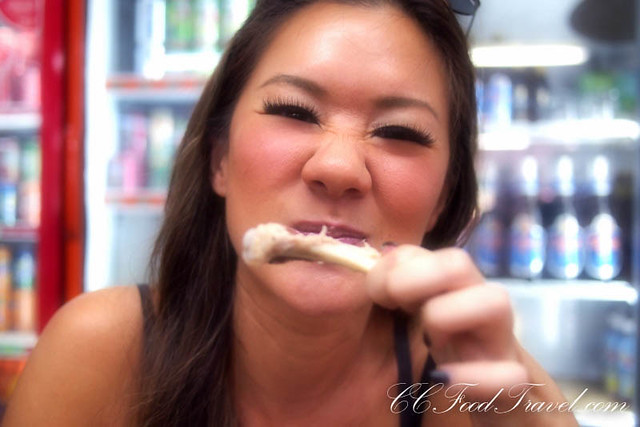 I sunk my chopstick greedily into the broth, and fished out a handsome looking pork rib. There was no lady like way to eat it, so I quickly resorted to using my fingers. The tasty, succulent, ribs were to die for. Drawing on my spoon in one long sip, I was expecting to be bowled over by prawn flavour. Unfortunately the soup was more pork sweetness than prawn. I really missed the kick from that prawn roe infused broth. I brought up this complaint to Chef Li later and he told me his was the pork version not prawny. Too bad.. not the Prawn star I had envisioned. 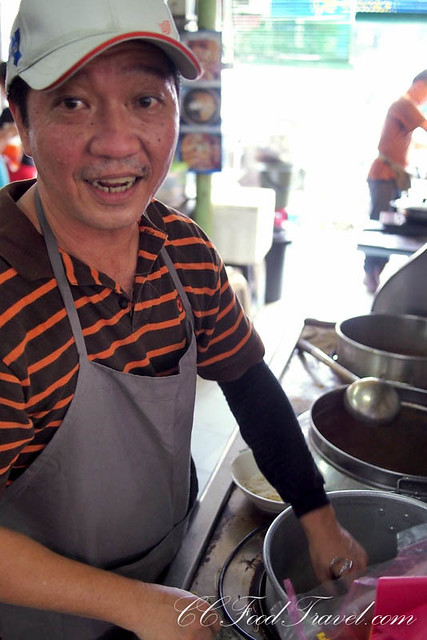 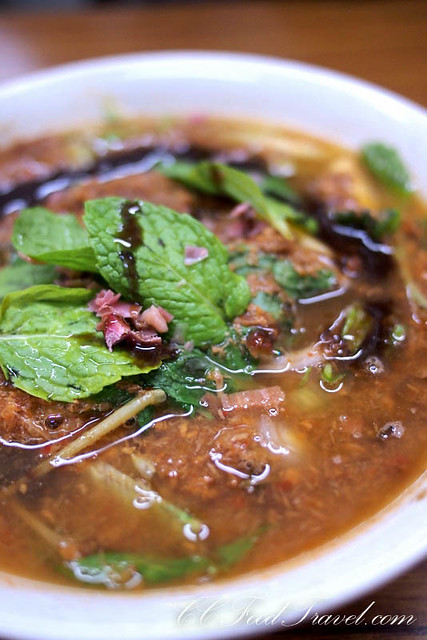 Then there was the Assam Laksa. This was tasty enough and had some generous chunks of fish in it. Not the best I have had.. Penang’s signature is still better, when tasted in Penang. Why, I am not sure.. maybe the charming Penang surroundings – temples, markets, rats and all, have something to do with it (haha). They did give us a good quality Hae Ko sauce(shrimp paste) here though, which I appreciated, as it did bring the flavours to life. 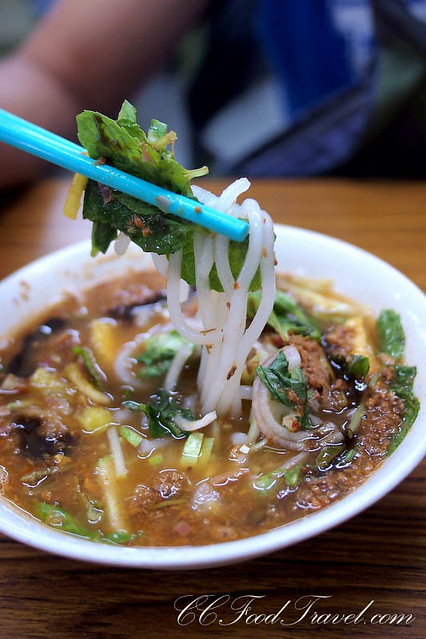 All in all, it is an option for Penang Hokkien Mee. It will set you back by at least 10 bucks and more, if you’re trying out multiple bowls at Chef Li’s shop, but at least they are generous with the ingredients.