Broth is the essence of any good steamboat. That and the Chili sauce.. Uncle Tony mutters.

I am inclined to agree. 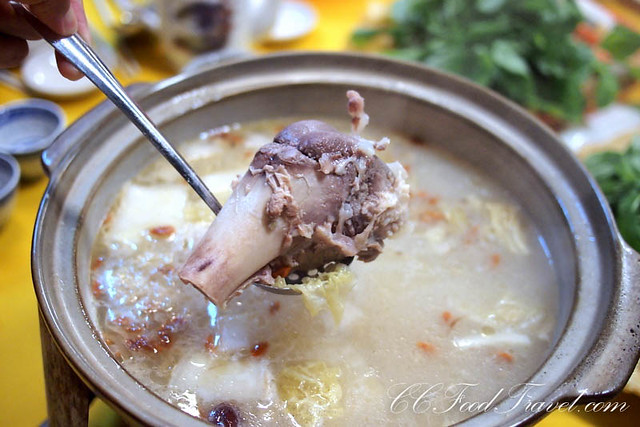 And if broth is the essence, then thick, sweet and peppery pig intestine soup has got to be the pièce de résistance at Popo Steamboat. 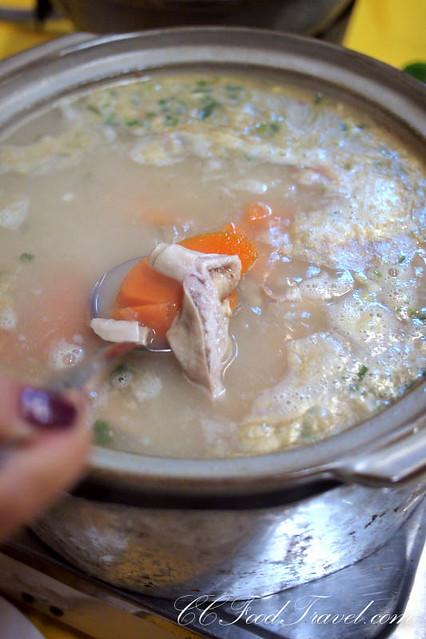 Its spicy companion the green and red chili, that pulsates with fiery heat, would be its trusty side-kick. Green is my preference as it is sharp, sour, and has the bigger burn. Goes very well with the meats. Beware when you start to lose sensation as your lower lip becomes numb and you start talking like Stallone after one too many dunks into that cathartic chili. 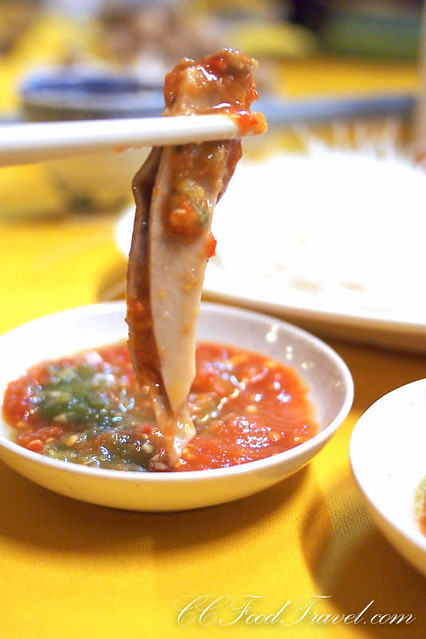 I have to say, that I am not normally crazy about Steamboat, because first of all, unless the weather is cool, I am not mad about sweating and slaving over a boiling pot for my food. Also after a while, it all tastes the same, you get full on soup really fast, then you don’t feel like eating any more. 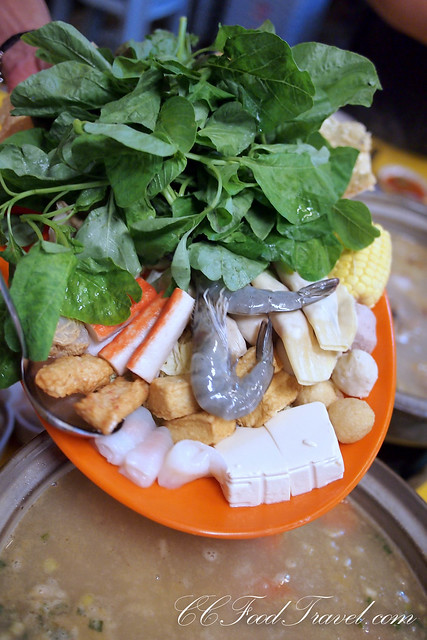 Not only that, half an hour later (and probably when you are at home) you feel hungry again, because it was all that liquid in your stomach expanding earlier. However, that night at Popo Steamboat I did have a good time because the weather was in our favour (rain all day), and the deep fried bean curd skins and stuffed tofu bits were incredibly fresh and delicious. 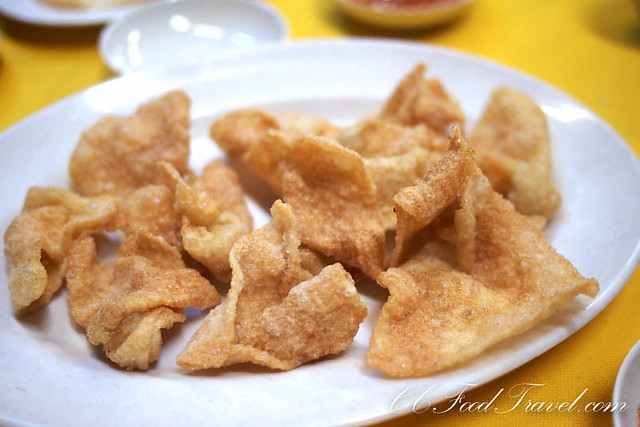 And hard as it may be to envision draining the pot, that time will come, and when it actually does. But fear not, these waiters with kettles will attentively fill the pots to the brim again. I think you may choose from two soup base – pork bone soup or pig intestine soup (pre order required). Of course the latter wins hands down because I am mad crazy about offal anything. 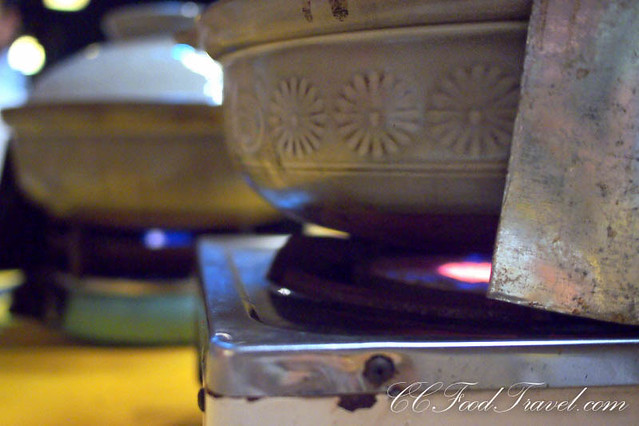 As with most steamboat joints, the mood is laid-back yet festive.. there’s something rather lively about communal dining of this sort. 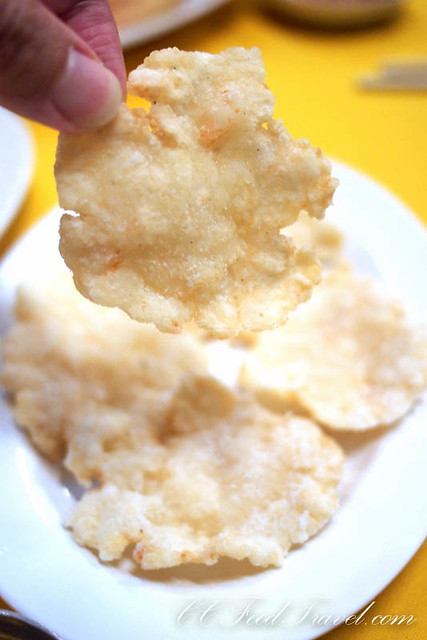 I don’t get it, but I can guess that it’s probably the primordial thrill of cooking crispy bits, soft bits, crustaceans and all sorts of weirdly shaped food in a bubbling cauldron. Slices of raw meat, fish balls, meat balls, crab sticks, prawns and bean-curd skin .. the works. 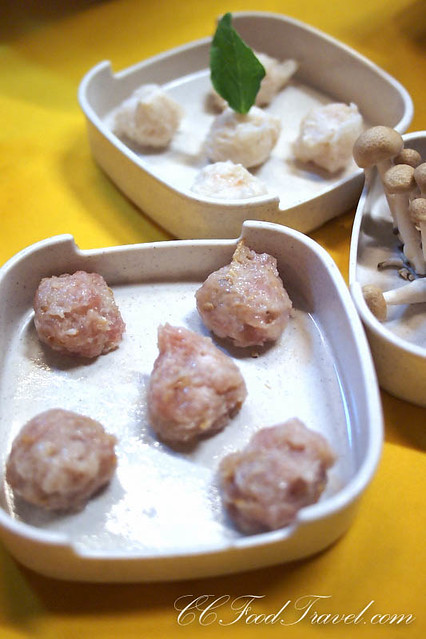 The most yummy offerings here are the Ipoh ‘FlyBall’ and the imported Japanese Tau fu Pok with homemade fish paste, which words cannot describe, you just need to try it. My only complaint was that they gave so few of it. The portion hardly fed a table of 10. We needed to top up several of the items. 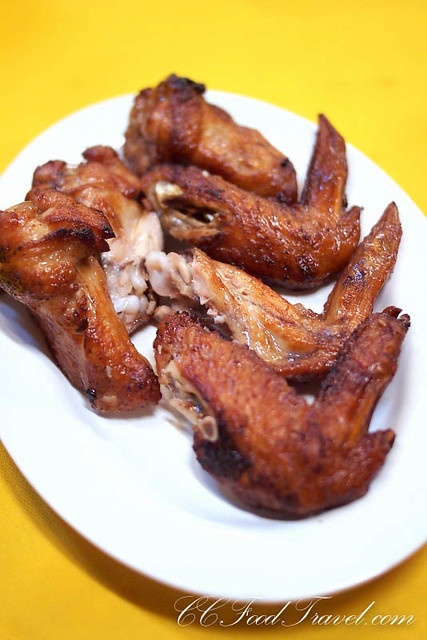 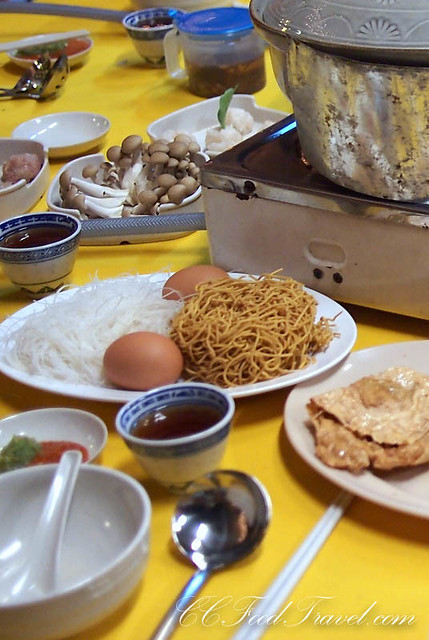 And finally at the end of the night, when most of the soup is drained it’s worth ladling the now-super-seasoned remnants into a bowl and eating it or using the reduced stock to cook the noodles and egg. 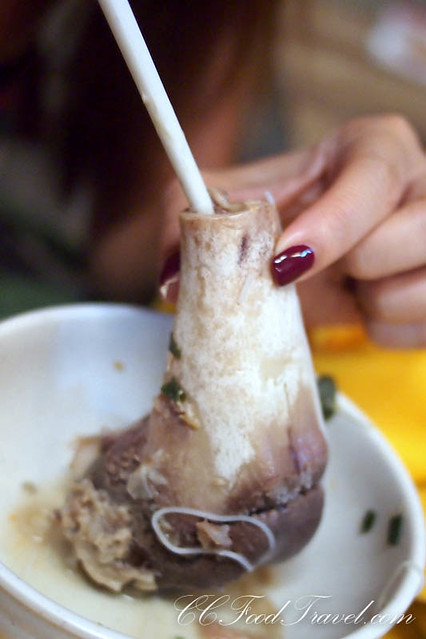 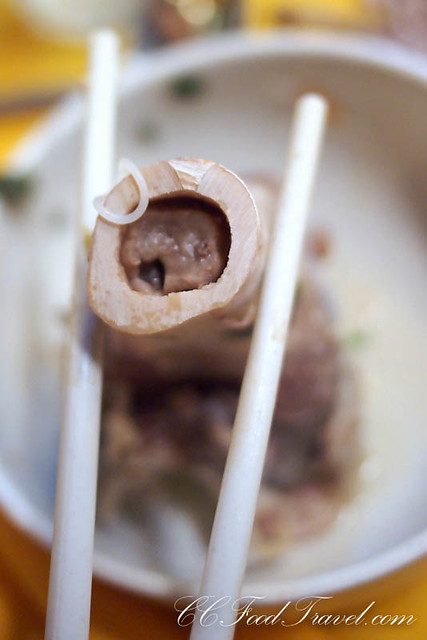 To marrow, to marrow, I’ll love you to marrow.. you’re only a day away! 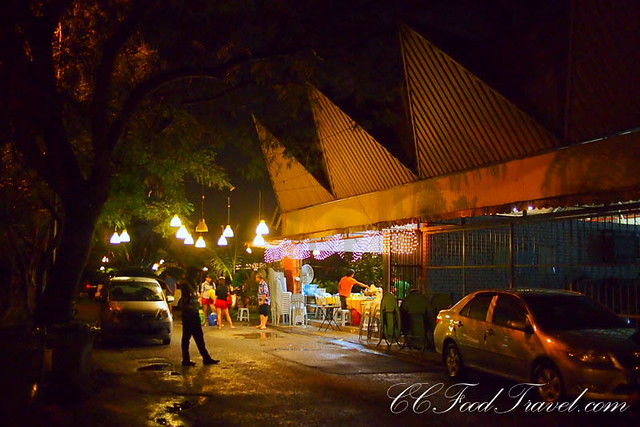 PART I to Ciki’s Birthday Week. Eat spicy noodle if you wanna grow up big and strong like ME.. says the guy on the…