Cape Mentelle wines are one of our favourites from Margaret River, not just because they excite our palates, but because while they are highly drinkable, they are affordable as well. When we visited the south-west corner of Australia 3 years ago, we thoroughly enjoyed some of the best wine we’d ever taste. 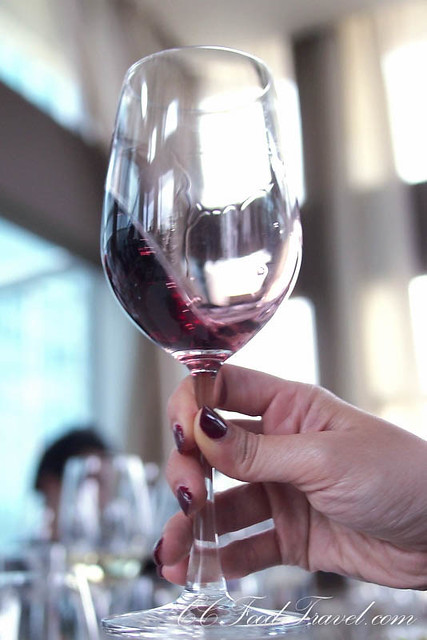 And it is true, that the greatest wine one can make will have the least amount of winemaking, and I think Cape Mentelle wines are the personification of this statement. The less you fuss over a wine, the better the outcome, it might seem.

Not only that, Cape Mentelle wines follow the sustainable viticulture practices, which means that whilst not entirely organic, they are as close to organic as one might get. So what are some of the accolades that Cape Mentelle own? Well their awards, include winning some of Australia’s most prestigious wine trophies – the cabernet sauvignon in 1983 and 1984 really help put Margaret River on the map. 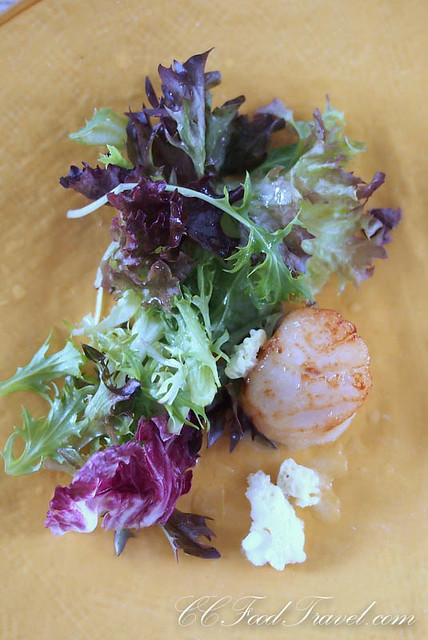 So, as luck would have it, we would soon get to re-live that Margaret River experience, in the fine company of Cameron Murphy, the Estate Director of Cape Mentelle Vineyards. Hosted by himself, over lunch at Tanzini, we knew we were in for a treat.

So here you have a super fresh seared Scallop, with a rather gorgeous Sauv-Sem blend from Cape Mentelle that set the stage for lunch. The thing that hit me instantaneously was the citrusy and apple intense aroma. However, the wine then opened up on the palate with a silky and rounded mouthfeel. True, it had lemony flavours, but it also had an element of savouriness and dry acidity that gave you goosebumps. A great pair in this first one. 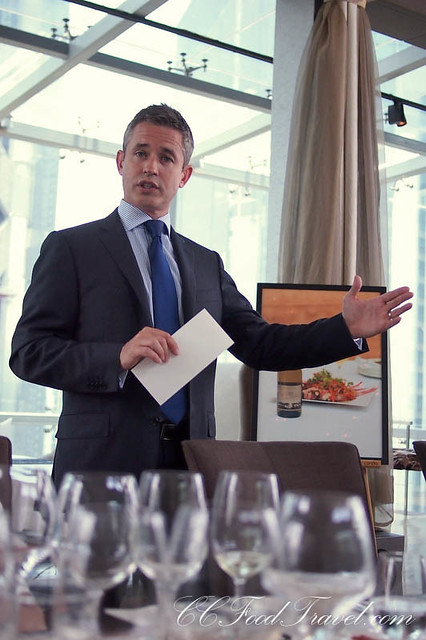 Cameron introducing the next wine… the Cape Mentelle Carbenet Merlot 2012 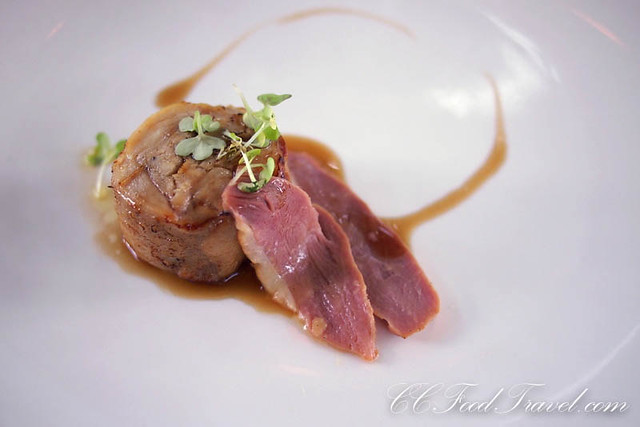 I can’t tell you enough times, that I never order Chicken, when it’s on a menu, simply because it is such a boring meat. Tanzini however, did a fine job of making this free range chicken roulade, supremely delectable. Oh my.. tasty stuff.. was I even eating chicken? Anyway the smoked Duck was nice enough too, but when paired with this particular red, which was supposed to be inspired by the wines of Bordeaux, it took things to a different level.

Loved this Cabernet Merlot because it didn’t overpower the dish – it was definitely medium to full bodied, but the palate was lush and smooth. It definitely had a dry finish with traces of currant and berries. It would probably have drunk better in 5 – 10 years as was still a little young. 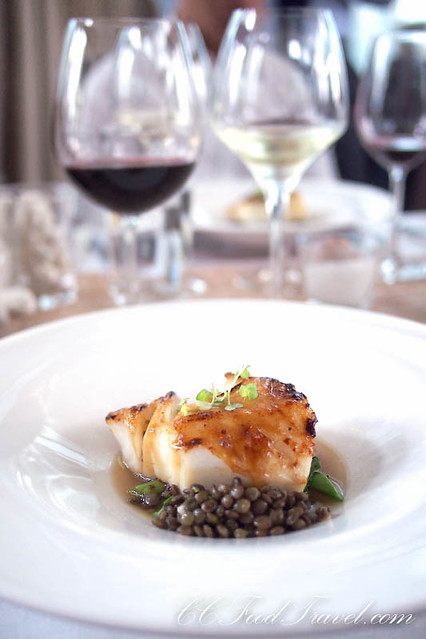 So with Cod or Steak on the Menu for the mains, I went with the Fish, and Cumi with the red meat. And this wine, was definitely my favorite white for the day. The Chardonnay was such a versatile and modern wine with a lovely minerality about it that was hard to top. It had a savory, almost spicy dimension to it, but it would probably be even better, drunk in 5 years. Loved it so much this was the only wine I drank for the rest of the lunch;) 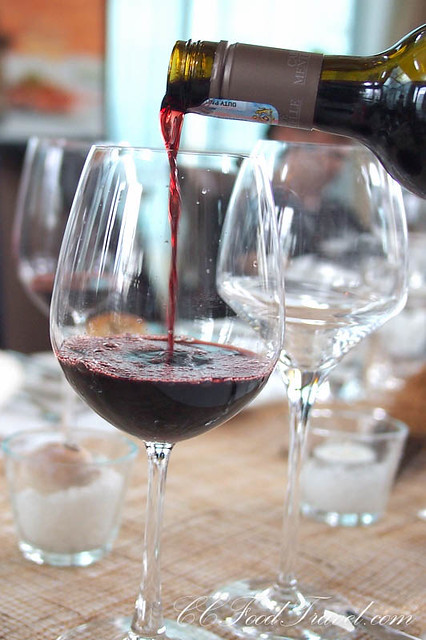 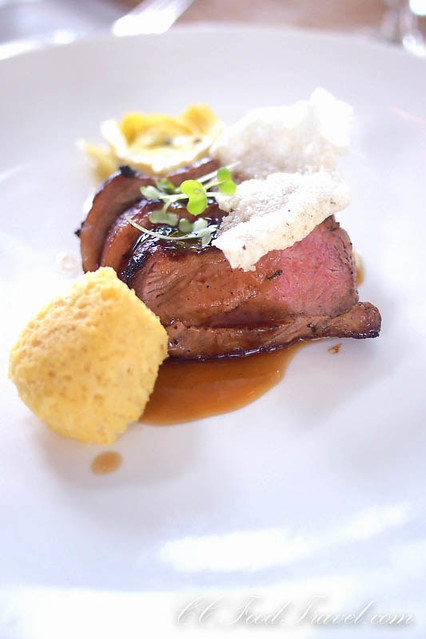 According to my husband, this was a well matched pair. His steak was overcooked, but the wine was delicious. The velvety tannins and long, mineral finish was what paired well with the meat. I still preferred my pair of Cod and Chardonnay over his though, but that’s just me. 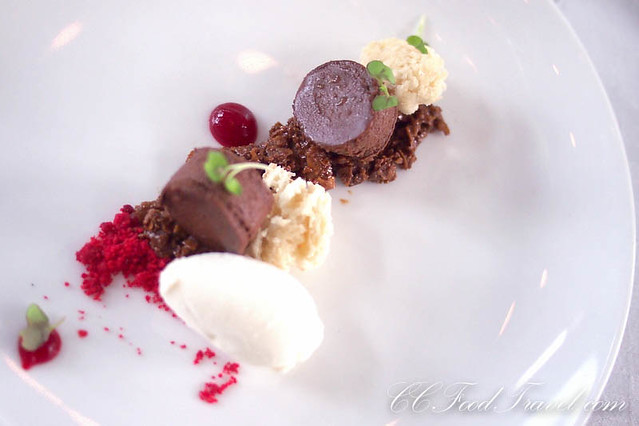 Finally dessert ended dinner on a high note, and with my favourite wine no less! What can I tell you? Cape Mentelle are without a doubt one of the best performing Margaret River wineries of recent years, racking up an enviable reputation for consistency across the whole range. I think anyone would find their wines highly drinkable and value for money.

From 6th October till 5th December 2014, Cape Mentelle in collaboration with Tanzini will feature a pairing promotion comprising of a 4-course degustation menu for RM400++ for two persons; where each course will be paired with a bottle of Cape Mentelle Chardonnay, comprehensively showcasing the range of wines that lead the portfolio. For more info – check Tanzini at http://www.tanzini.com.my/ or call +603 2168 1899.

CUMI: SMART (Stormwater Management and Road Tunnel) has been opened for almost a month and just like most other eager beavers who don’t want…