Just off one of the busiest streets in KL, where night life is concerned, this warm, cozy deli, Mediteca, makes a strong case for the pleasures of cicchetti e ombre, or bite-size eats with good wine. 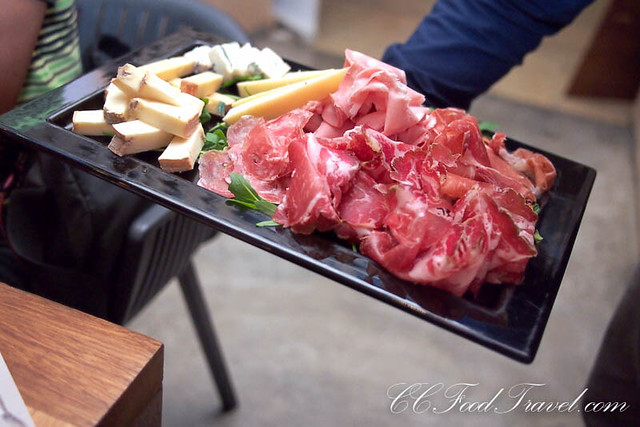 Tonight, the place would be decorated with art and paintings and we would be pairing Luretta Organic Wines with some choice Tapas. Nico Sassolini, Ambassador of Luretta Winery would do the rounds with the guests, to brief them on the Organic Wine Selections and artist, Negar would be showcasing her selection of paintings at Mediteca’s Mezzanine Floor. 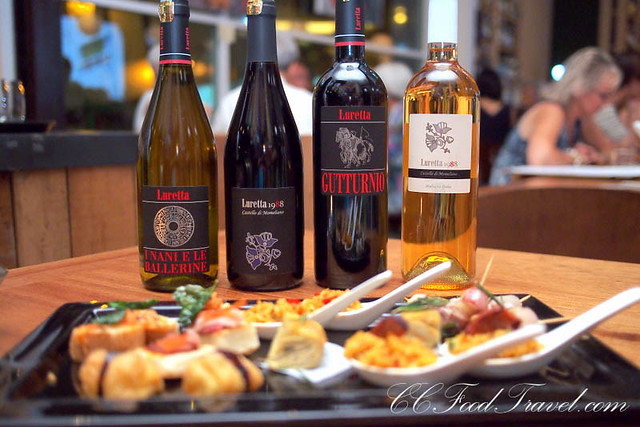 The estate Luretta is located in the viticultural area named Colli Piacentini, i.e the northern slopes of the Tuscan-Emilian Apennines, between the regional border separating Lombardy from Emilia and the provincial border between Reggio Emilia and Parma. The vineyards are grown according to the principles of bio-agriculture, i.e. 100% organic. 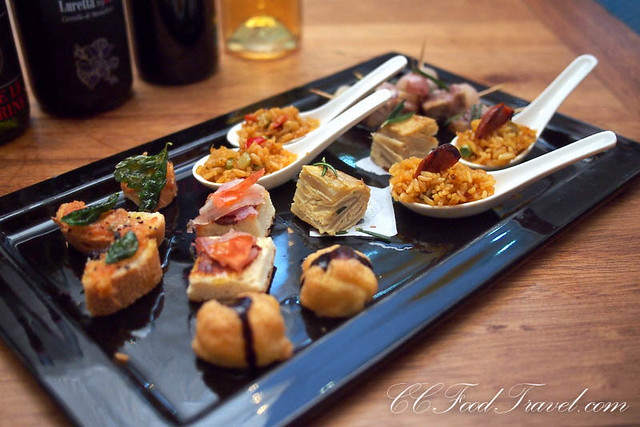 What can I tell you? The wines were delicious and well paired with the food selection at Mediteca. A huge plus being that all the wines were from an organic vineyard. Mediteca served up fine charcuterie, grilled tapas, and classic Mediterranean dishes that obviously went down well with the diners who were a nice mix of locals as well as an expat crowd. 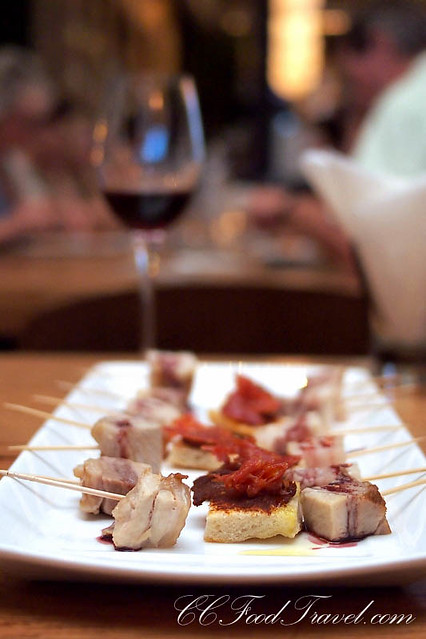 We notice a separate charcuterie kitchen up front, which has enough dried sausages, salami, aged serrano, bologna and glistening parma ham on display to get any gourmand hot and bothered. It is behind this counter that Chef de Cuisine, Chef Andrea Rossi can be spotted furiously slicing away at cured meats, in anticipation of hungry guests. 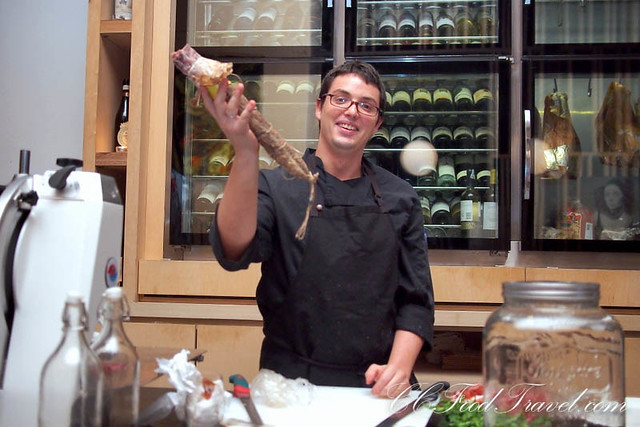 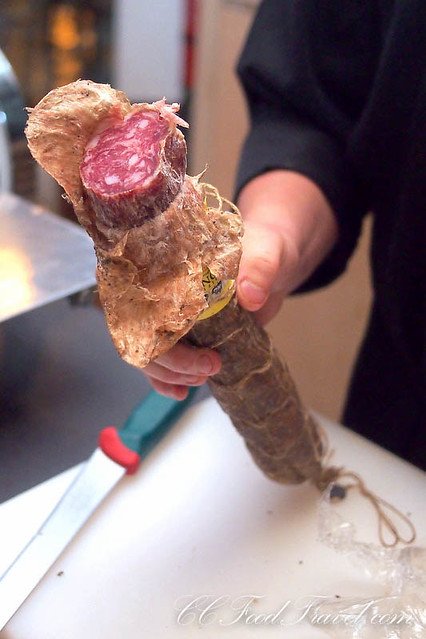 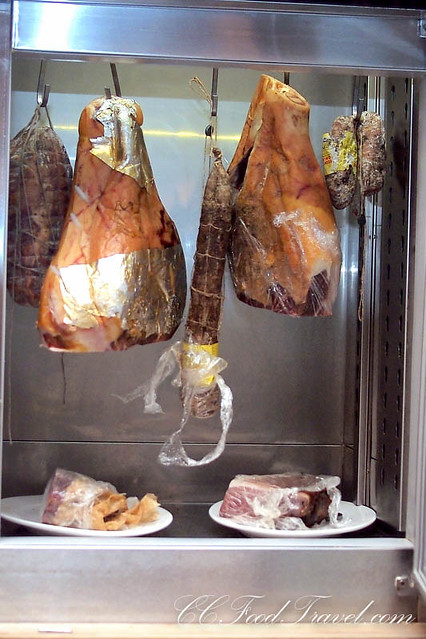 Together with vivacious restaurant manager Gianfranco Lisi, it’s not hard to see why folks might be drawn to the warm service, and vibrant personalities at Mediteca. 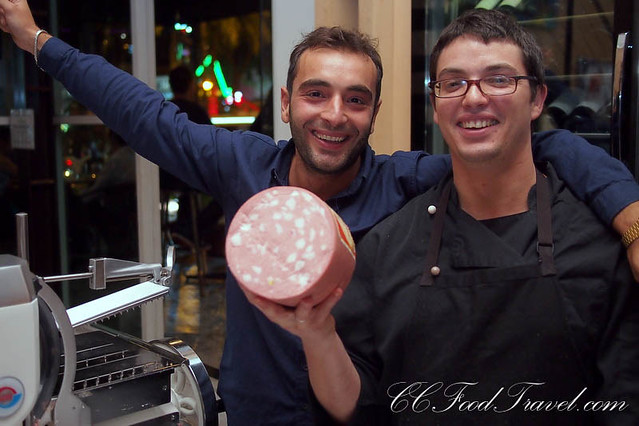 The Mortadella di Bologna is so handsome, it gets to pose with Chef Andrea and Gianfranco!

Chatting with Chef Andrea, we find out that he hails from Ravenna in Emilia-Romagna. There are few regions in Italy more famous for food than Emilia-Romagna, the huge region in Italy that’s home to Bologna, Parma and Modena. 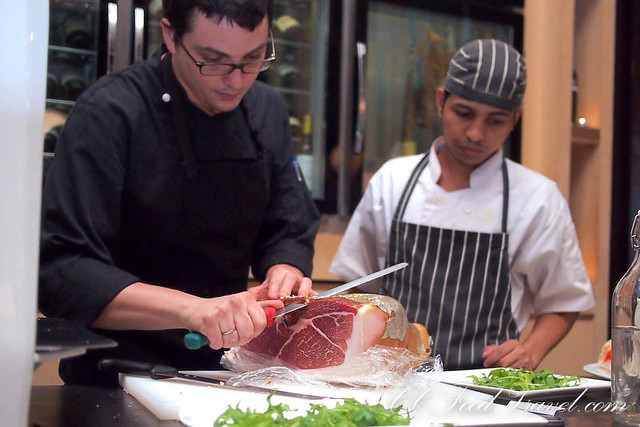 And with good reason.. part of the valley is even known as the “Parma food valley” because of all of the great cuisine it creates! Who better to helm the kitchen at Mediteca than this young chef then, right? 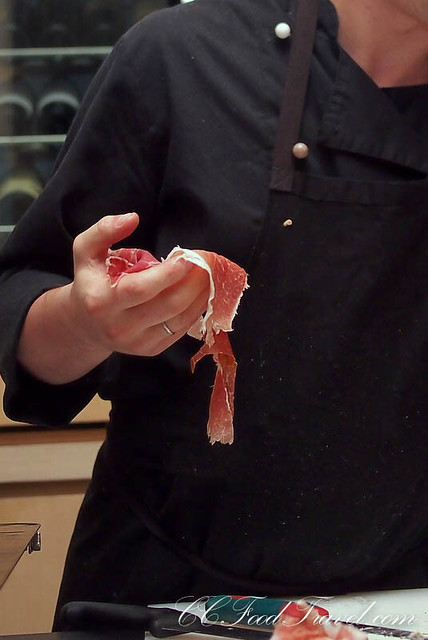 Entrees take a back seat to shareable plates – Warm gorgonzola, Parmigiano Reggiano, Prosciutto Crudo di Parma (parma ham), Mortadella di Bologna (melt in your mouth Bologna) and grilled pork belly burst with a honey sweetness, that will stay in your mind for a long time, is what this place is famed for, and is probably what I will keep coming back for! 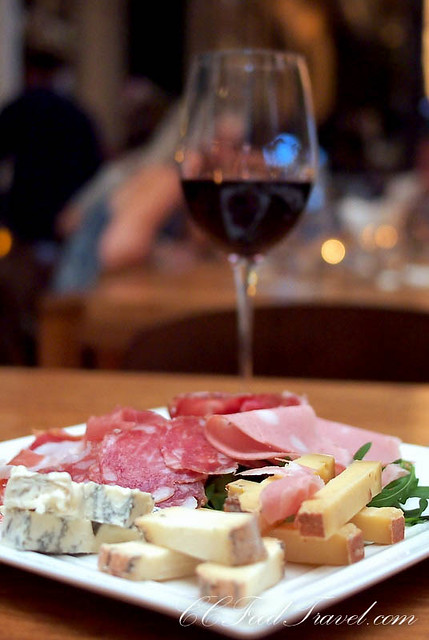 This platter paired superbly well with the Luretta Gutturnio.  How this wine’s name came about is rather interesting – Gutturnium was a big silver cup Romans used for drinking wine during feasts, communally.. hence Gutturnio! This wine is a blend of barbera and bonarda – earthy, ripe fruits and soft spice – the perfect pair with cold cuts for sure. 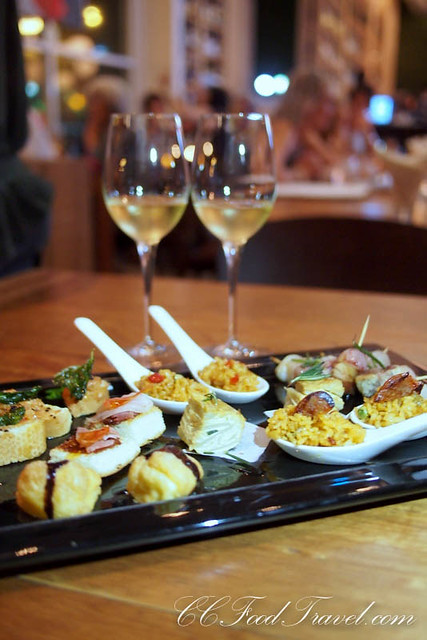 We also has a delicious white, that paired fabulously with more tapas – the Luretta I Nani e le Ballerine, made with organically-farmed fruit of course. This was a warm climate Sauvignon (its name translates as “the dwarfs and the ballerinas”) that exhibited aromas of honeysuckle, fruit and apricot – very refreshing on a hot night! There was also a waxy texture in the mouth followed by more fruit flavors. An amazingly versatile wine that would drink well on its own, or paired with tapas. 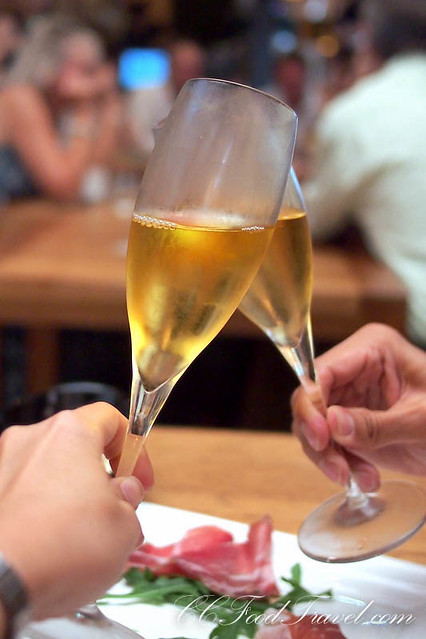 We loved the vibe here, casual yet service was impeccable.. and oh, did we fail to mention how good the tapas was? No, don’t think we did;)

Here is yet another, one of our favourite spots for hawker food. Recently I have become addicted to the pig stomach pepper soup served…