A day after our return from Queensland, we become a tourist again in our own home turf.

We met up with MJ Tam, a popular person of sorts in her hometown of Chicago, the windy city of North America, and one of the 6 winners of the DTour of a Lifetime competition. As a Dtourist, MJ had embarked on an adventure taking her around the world to 10 cities across India, China, Thailand and Malaysia. It’s a trip of a lifetime where she meets locals (like us), visit popular sights, dine on the streets with the locals, and then experience the hospitality of each DoubleTree by Hilton properties she’s housed in. What a good life! 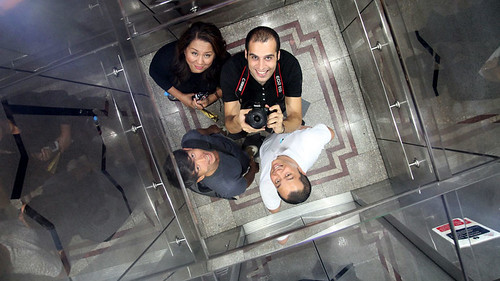 Up, up and away! Clockwise: MJ, Raef (the Lebanese intern-cum-photographer), Rozai from DoubleTree, & Cumi

So here she is in Kuala Lumpur for 4 days, just about the same duration as she had with the other cities. MJ is bubbly, friendly, inquisitive and gregarious. She shows no signs of fatigue from her fast and furious travel agenda, though she admits she’s a little tired of the airport transits. By the time she returns to home, she would have taken 15 short and long haul flights within a month. 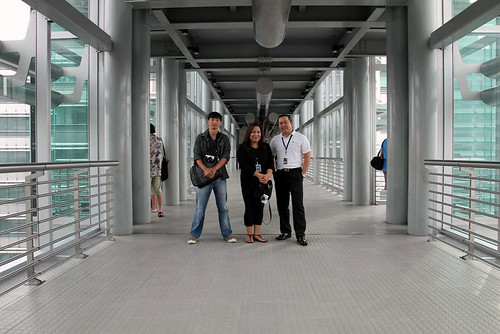 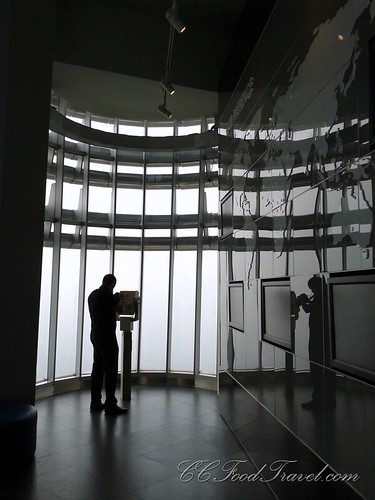 A silhouette of Raef on the 86th floor 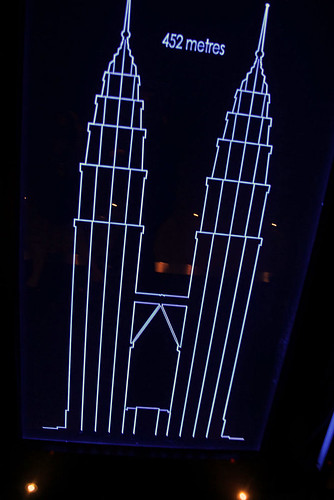 Its her second day in Kuala Lumpur. After breakfast, we head over to visit Malaysia’s iconic building, the Petronas Twin Towers. At 88 floors and nearly 452 meters, it is still the world’s tallest twin building structure. 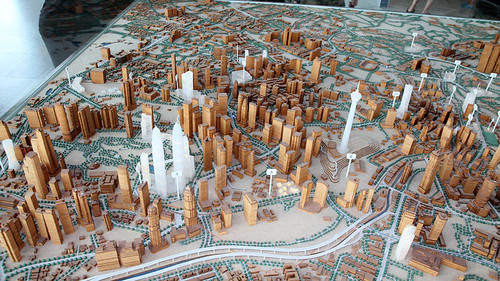 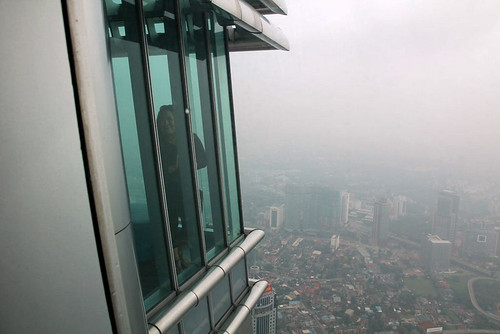 The haze this year is particularly bad, preventing distant views of the city-scape and skyline

Completed in 1996 and officially opened in 1999, the Petronas Twin Towers draws many local and international visitors daily. We head up to the 41st floor to visit the Skybridge which has two floors. Another level connects the towers on the 42 floor. Cumi remembers setting foot in it as part of the production crew for movie Entrapment(1999). This was at a time before the Twin Towers were open to the public. We finished our tour by going up to the observation deck on the 86 floor which offered a nearly 360 view of the surrounding areas. 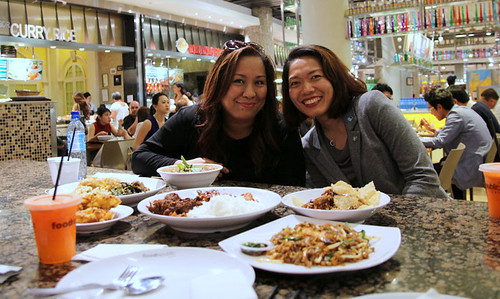 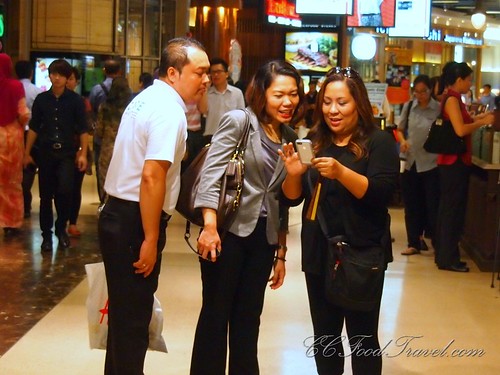 Sharing of past travel moments 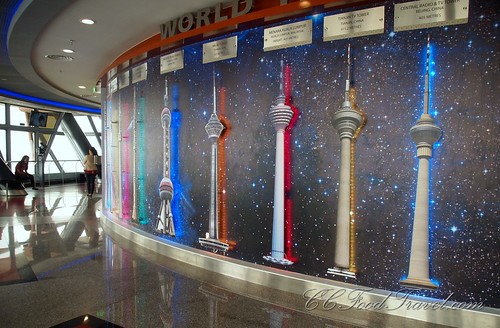 The next destination was the KL Tower, a structure that stands 421 meters tall, and rises above the Bukit Nanas Forest Reserve. The telecommunications tower is the tallest tower in Southeast Asia. Besides the draw of panoramic views, there are the attractions of F1 race car simulators, cultural performances, an aquarium, and a revolving restaurant. Each year a vertical race and a base-jump event draws sportsmen and daredevils from around the world, and therefore, receives a fair bit of worldwide coverage. 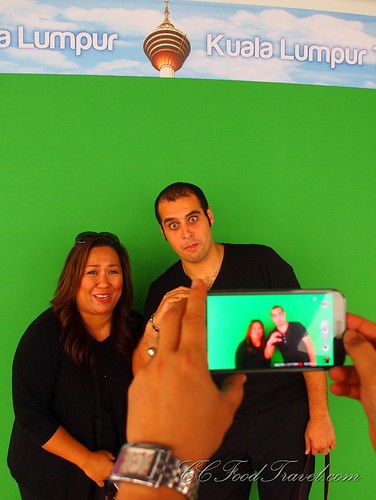 MJ & Raef playing around at the green screen 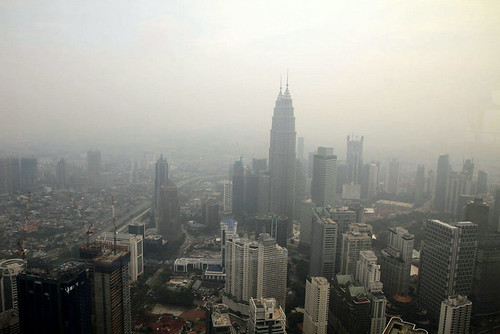 A view from KL Tower 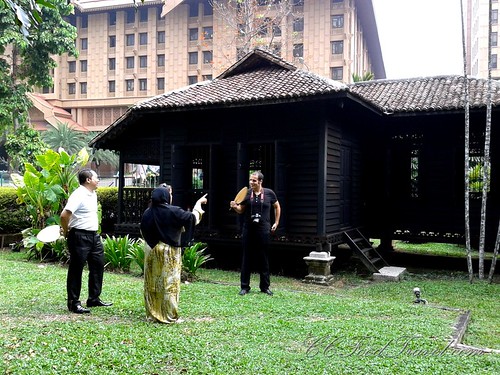 The final attraction was visiting a Malay Kampung house of a village head. The house, constructed without nails, had been taken apart in the northern state of Kedah then relocated and restored in the heart of Kuala Lumpur.  According to the brochure, Rumah Penghulu Abu Seman is one of the oldest surviving and finest remaining examples of a traditional Malay houses. The house has three main sections which was built in stages between 1910 and 1930s.— the Balai (office), Rumah Ibu (mother’s house) and the Dapur (kitchen). It isn’t easy to find an antique Malay house in the city and even if there is, you won’t be able to walk-in. This was the highlight of the day for us and MJ as well. 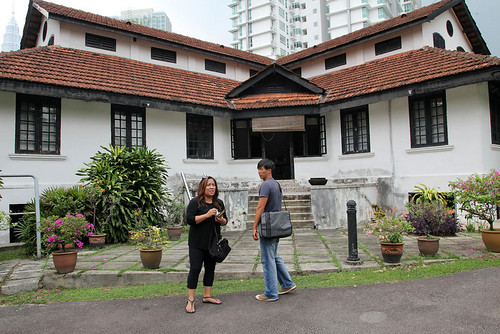 For years, I passed by the grounds here, at the corner of Jalan Conlay and Stonor,  thinking it was a privately owned property that had withstood developers greedy hands. The spacious lawn and old building is a deep contrast to the high-rises that surround it. On this day I learned that the colonial building here was the Badan Warisan Malaysia (Malaysian Heritage Trust) which is involved in the preservation of significant built heritage structures and sites throughout Malaysia. 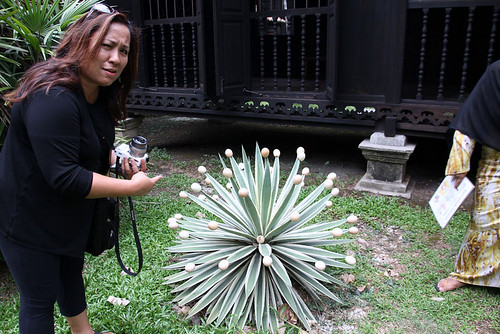 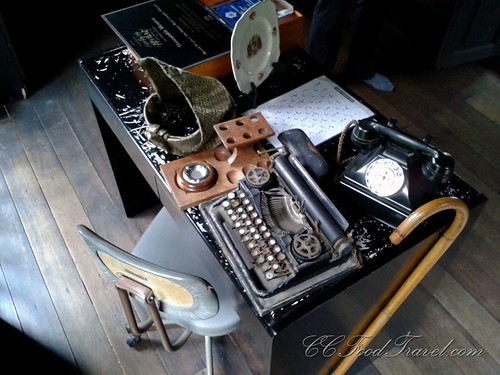 Antiques in the kampung house 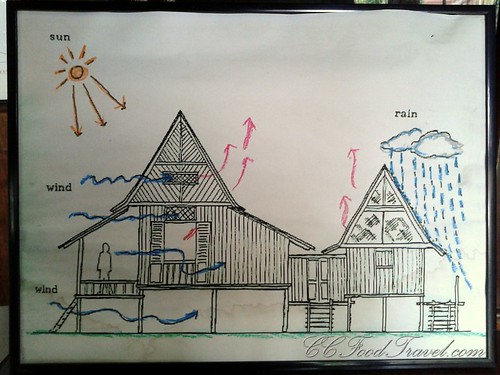 How the traditional kampung house is kept cool 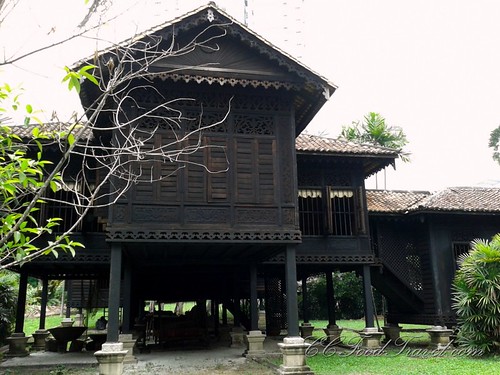 We were led on a private guided tour on the exterior and interior of the antique kampung house to learn about its construction, its function as a home to a traditional Malay family, and the rituals performed in a Malay household including rites of passage. It was interesting to learn that the house was built around the matriarch as its function had to be to a mother’s convenience since she was the key figure, overseeing every aspect of the family and the home. Tours are conducted from Monday to Saturday between 11am and 3pm with a minimum RM10 per person donation. (Tel +603 2144 9273) 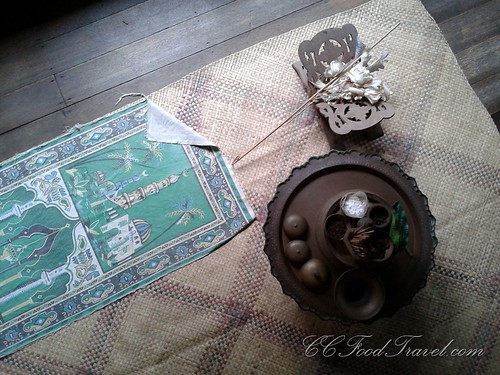 Prayer section of the house 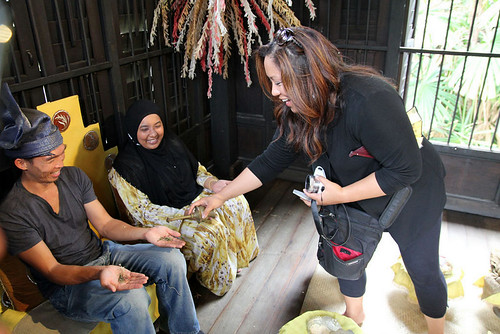 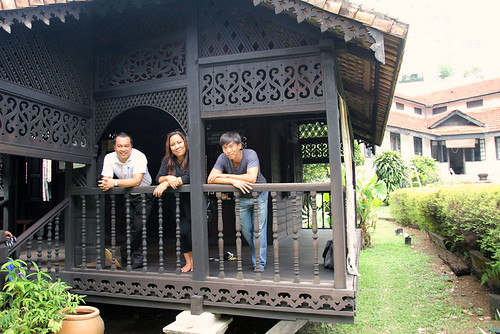 It was a fun afternoon out discovering the tall parts of the city and the old ways of Malaya. It had been a fantastic opportunity to meet the very sporting MJ together with DoubleTree’s Rozai and Raef. 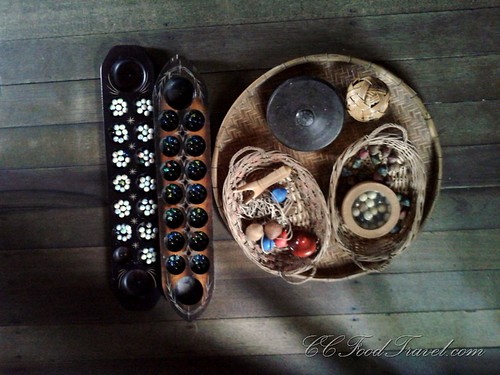 Traditional Malaysian games not available on ITunes or Google Play

You can read, see and hear more of MJ’s Dtourist escapades at DTour, a one-of-its-kind social media channel for the hotel industry, and MJ’s blog. DTour is a customised youtube channel that lets travelers share details about their trips and get inspired by others’ stories to plan the trip they’ve always wanted to take.

There are so many travel platforms out there these days I get a headache each time I want to book a holiday. I mean,…