Sometimes, fate brings you to a place, different from the intended.

We have our regular haunts in Pudu, places where we eat pretty frequently. We were thinking of visiting our usual Chinese owned Indian food shop, but thinking it would be too heavy a meal, Cumi decided to drop-by another popular eatery hidden on the boundaries of the busy printing enclave of Pudu. 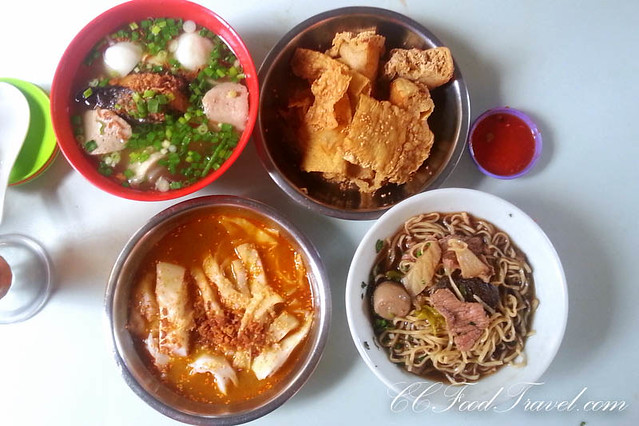 Would the beef noodles be tasty as Soong Kee’s or Yang Kee’s, or the Yong Tau Foo be as good as Yup Hup Kee’s just down the road.. we would soon find out.

I dug in hungrily to my Beef Ball noodle soup. Wow, I had a faint memory of something.. I could not put my finger on it. Cumi tries it… Pho! It tasted very similar to Pho, and it was good! 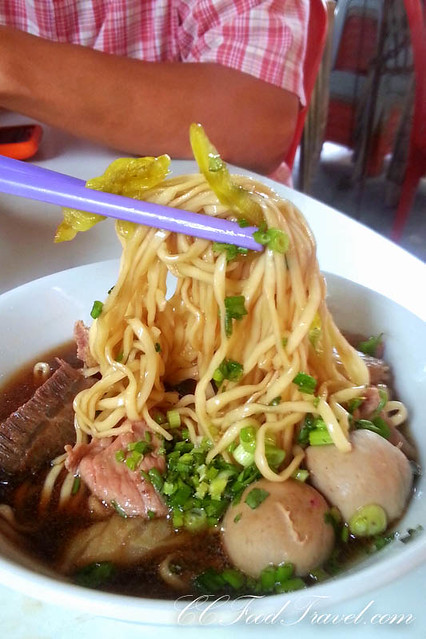 A deep amber beef broth glittering with tiny droplets of oil.. The first flavor to hit the tongue is star anise, followed in quick succession by scallions, cilantro, garlic, onions, charred ginger and a whole load of beef stock in the long-boiled broth. Last to unfold is pungent pickled vegetable, an ingredient that some beef ball noodles joints omit. Here, it really did wonders for the broth and brought out the flavours in the beef. The noodles were the less common sort too – thicker than the normal egg noodles and with a starchier texture, and without the chemical taste. In the depths of the murky herbal soup were hoards of meats, including beef sliced razor-thin with a touch of pink that was quickly fading in the hot soup, bumpy white tripe, gobs of gluey tendon and tender brisket.. all in the perfect harmony. I slurped up every last drop of the soup, before I lifted my head, to see how Cumi was getting on. 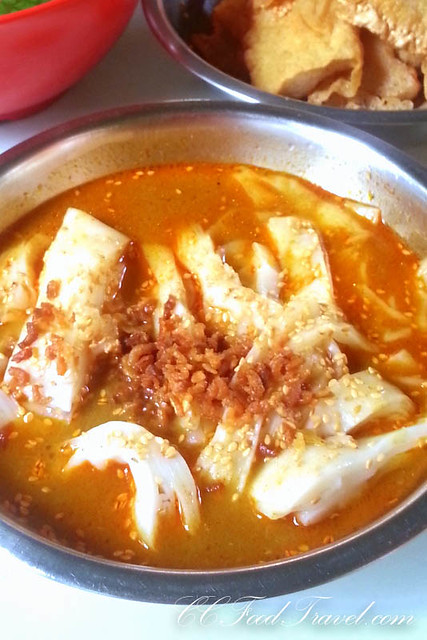 As it turns out, he was loving his Curry Chee Cheong Fun and Yong Tau Foo as well. The flat rice noodles were silky smooth and the crunchy bits of dried fried baby shrimp that were generously sprinkled on top of the noodles were just heavenly. More importantly, they used fresh coconut milk over the cartoned version. Of course, diners can opt for sweet bean sauce over the curry. Those who prefer savoury tastes, might just add drops of soy sauce and sesame oil, instead. 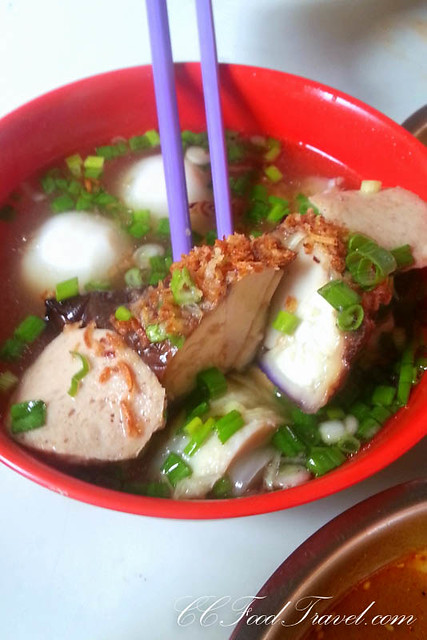 But as good as the Chee Chong Fun already was, there was more goodness to come. The Foo Chok (Soybean skin), fried to a golden crisp, had a lovely layer of fish paste that was sweet and bouncy. 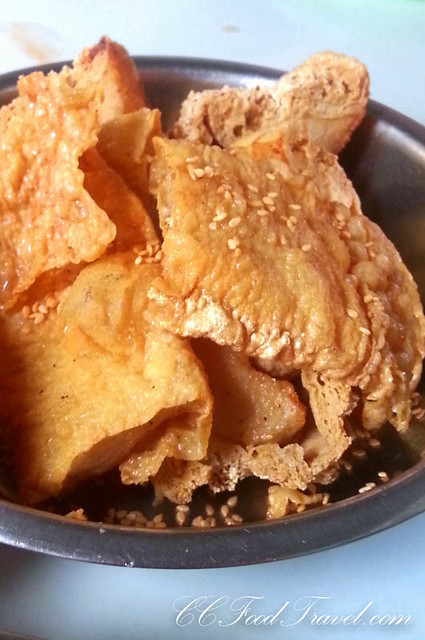 Then there was the stuffed cabbage which was unusual and really tasty too. My favourites were the brinjal and deep fried inverted tofu puffs stuffed with the same addictive fish paste. 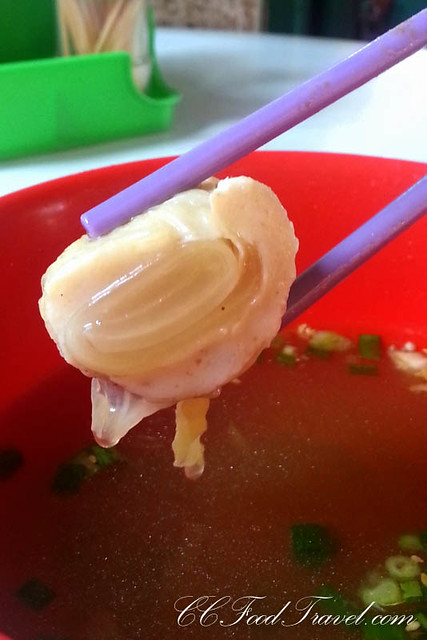 According to the lady manning the stall, the fish paste here is made strictly from Saito fish (Wolf Herring) – no pork is used. As for the beef ball noodles, the owner of the shop makes the beef stock from scratch every day, while his son mans the shop. The beef noodles stall has been in business for nearly 30 years according to the stall assistant, a friendly aging chinese man with a limp. 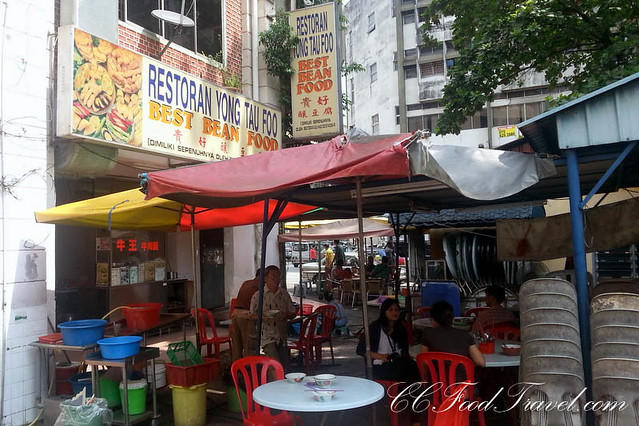 Best Bean Food sells its soybean food to a variety of stalls. Who knows, you might have already eaten their creations without realising it already. Together with Ngau Wong, it is another Must-Eat place which we recommend.

For those who like curry noodles, the stall under the shack next to Best Bean Food, is rather popular as well. We might cover it the next time.

So we heard a lot of hype about this little shop in SS15 Subang, which serves authentic Sabah noodles – the Sang Yoke or…