If you’re stay at the Four Points, you might want to start your day with a tasty breakfast and enjoy delicious Malaysian and international cuisines at The Eatery, its all-day dining restaurant. The Eatery, is bright and cheery, with a comfortably trendy, spacious design. Featuring live cooking stations offering Asian and International buffet spreads including pizza, pasta, sushi, sashimi, grills, noodles, dim sum, wok-fried noodles, tandoori, carvery and delicious desserts, this F&B outlet has something for everybody. 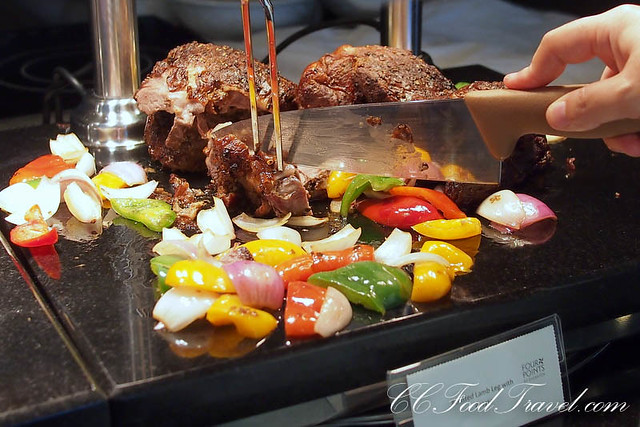 At The Eatery, guests will enjoy wholesome cuisine combining local and international flavors and simple pleasures for the palate. If you’re a buffet person, I think you’ll enjoy this place. Their seafood selection is pretty diverse. They have sushi and sashimi counters and live stations too. The ventilation is not the best, but that can be remedied by sitting outside. 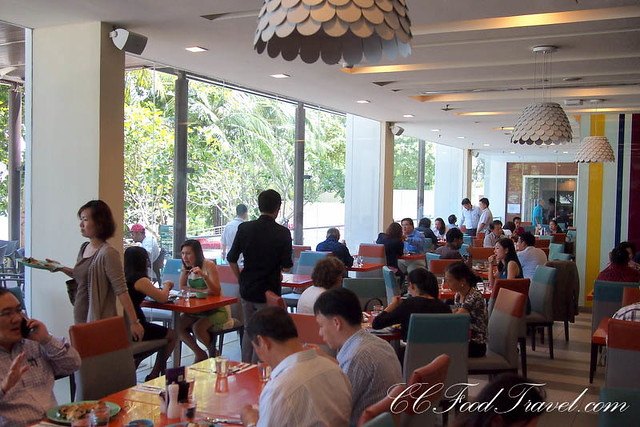 The Eatery.. packed to the rafters 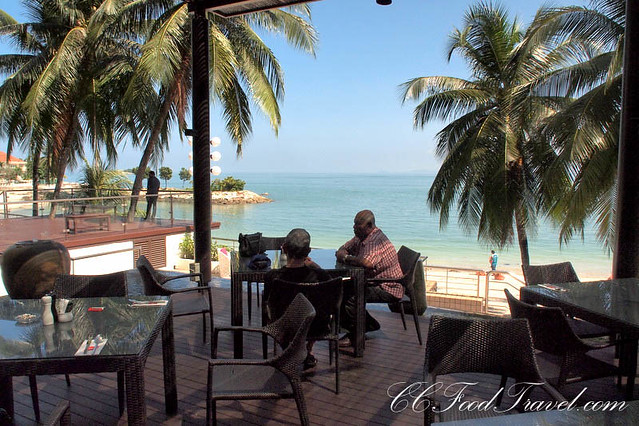 Bring an appetite for the seafood alone, and you will easily get your money’s worth. Rising above the typical Asian buffet, The Eatery has a good selection of very fresh sushi and sashimi, shellfish, etc that will have you sucking the shells clean. 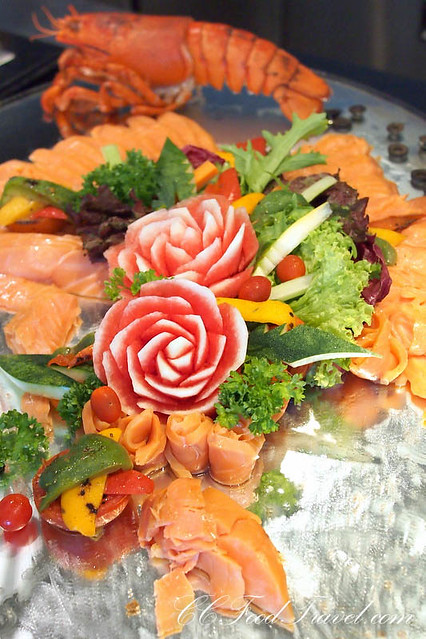 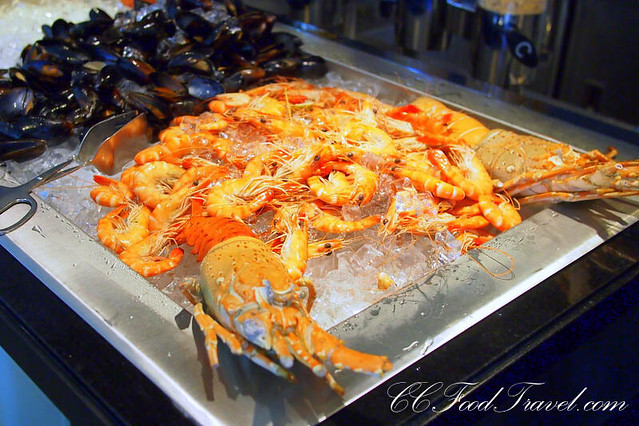 Mainstream selections run the gamut of standard Chinese restaurant fare, as well as American fare, such as salads, soups, and desserts a-plenty. While the seafood is not bad, the other items are mostly ordinary, some dishes above par, some below. But with a huge selection to pick over, you will not leave hungry or otherwise unsatisfied! 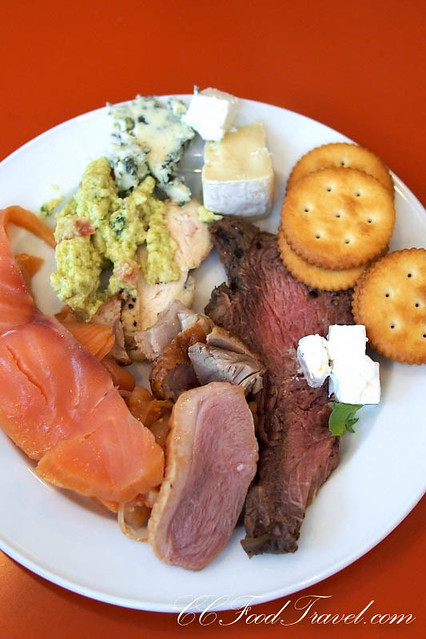 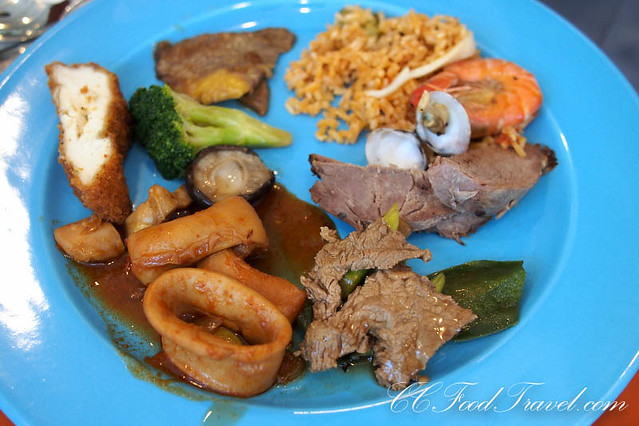 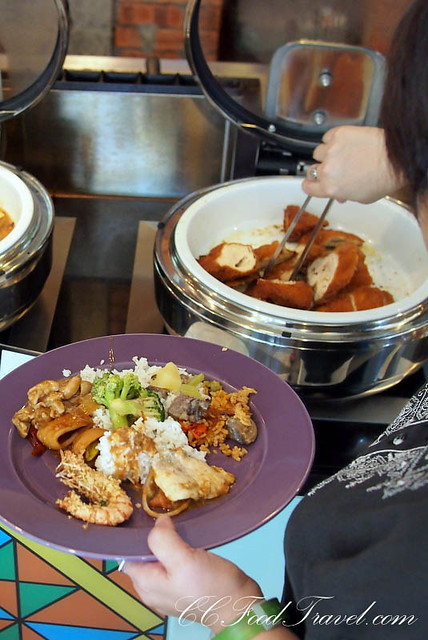 Folks piling the plates with food, like there’s no tomorrow! 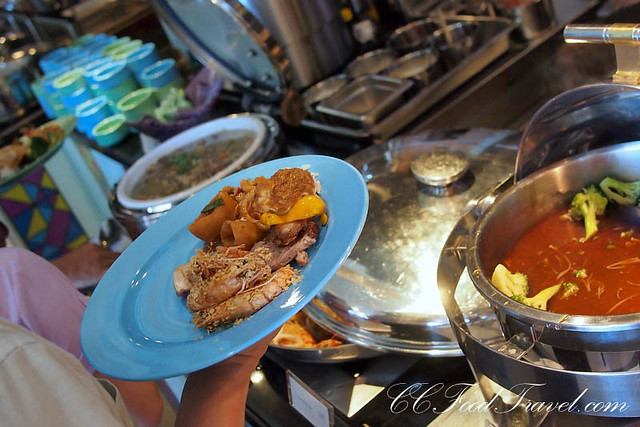 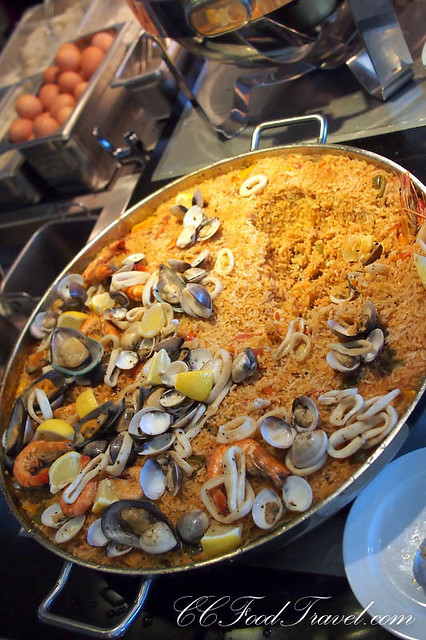 The buffet included many buffet food options such as your fried meats and veggies, but you would expect that. The most outstanding thing was the Paella.. I don’t think many buffets offer this back in KL either. This iconic Spanish dish, the paella, might not have had a thin blanket of saffron-scented rice with a crackly, crunchy bottom crust, but it sure was generously studded with fresh seafood! 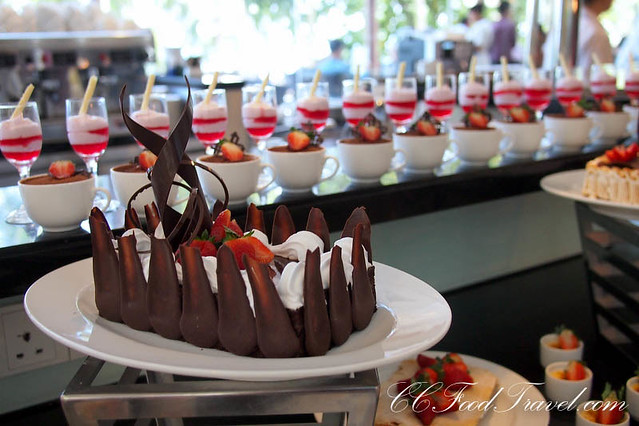 If I had room for dessert, I would have probably eaten more of the cakes but I wasn’t feeling especially gluttonous. The Eatery did have a nice assortment of cakes and pastries though. 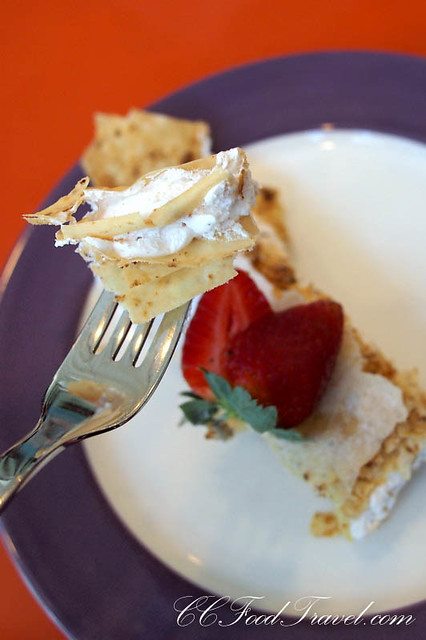 chef’s short cut version of the Mille-feuille.. didn’t have enough layers of vanilla slice, custard slice, etc.. but the taste was good!

My recommendation is to try everything and see what you like before zero-ing in on the delicious. Service is generally attentive, and you shouldn’t be waiting long for your used plates to be cleared. We also sampled the ala carte menu on the evening of our arrival. There were hits and misses. I mainly enjoyed the salmon salad, the burger and the clear seafood, wanton soup. The rest of the dishes needed improvement. 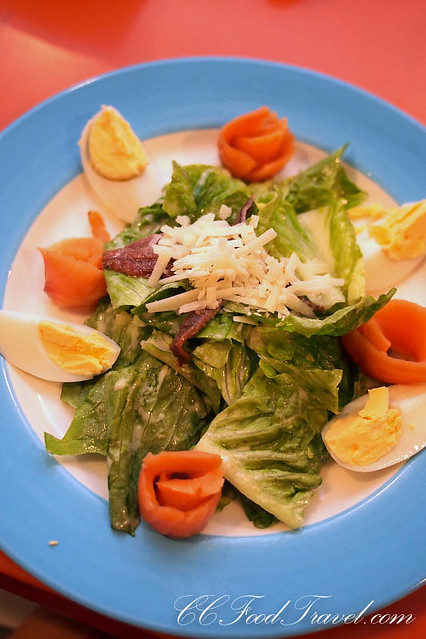 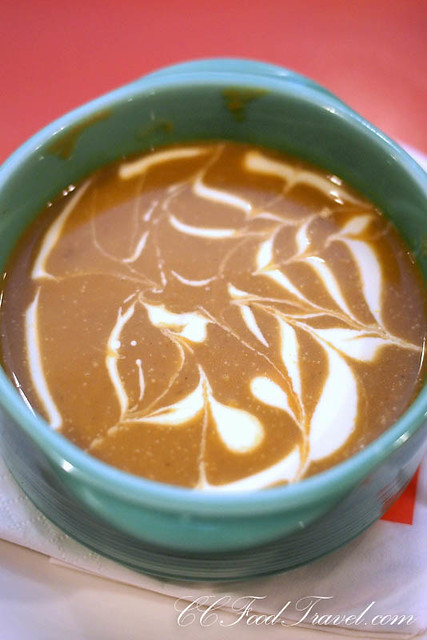 pumpkin soup – tasted like something out of a tin.. not great 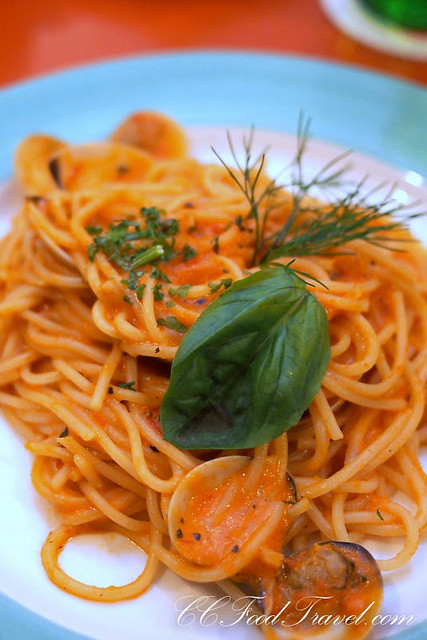 spaghetti with clams.. overcooked and not particularly memorable 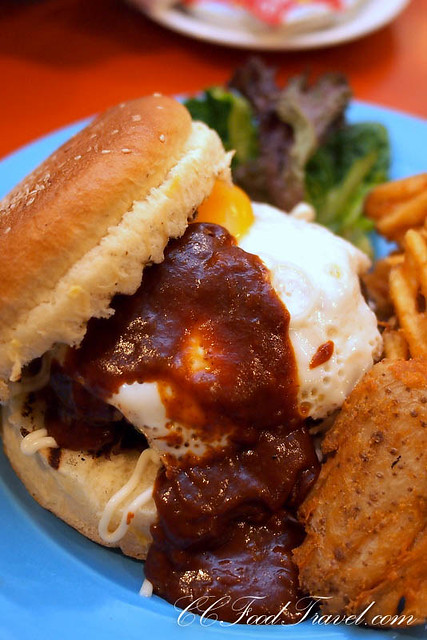 the massive burger, served with wedges and salad.. tasty enough, but should have been medium rare, and it had a bit too much barbecue sauce on it..

For breakfast, the highlight for us was the nasi lemak (though tiny bite sizes.. you need to take several to make a meal) and the super tasty serunding! 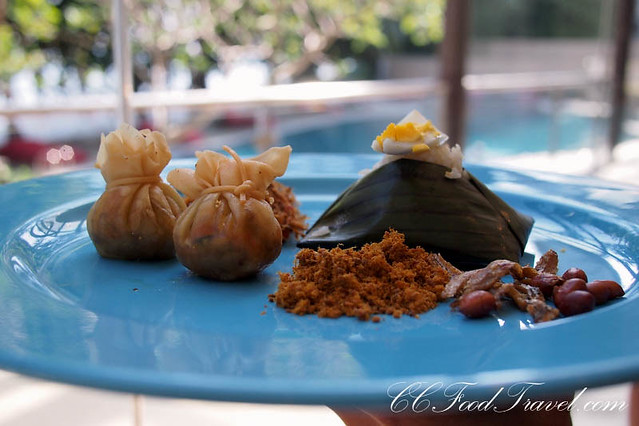 Each nasi lemak was wrapped in banana leaf, was a mere bite-size but it was steaming with the aroma of santan (coconut milk). They salted the rice sufficiently which was awesome.  We placed an egg on top, for good measure. 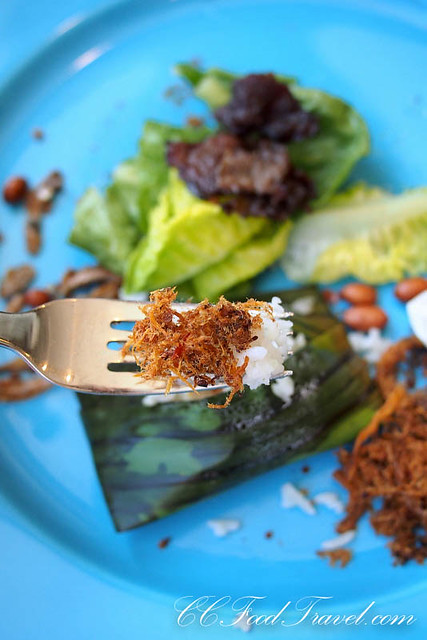 this seruding daging was crazy tasty. We ate it with EVERYTHING! 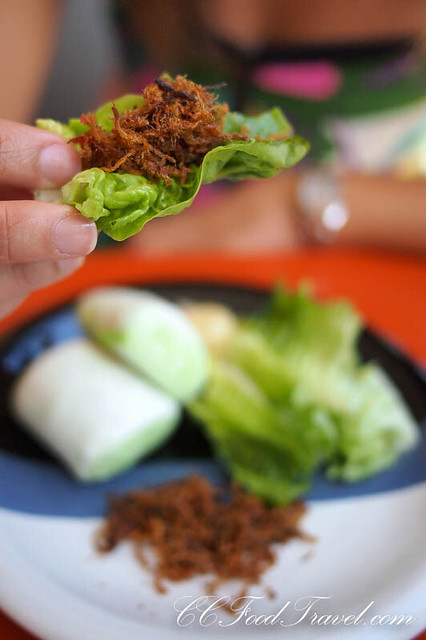 And even if you are not staying at the Four Points, anytime is a good time to unwind after business or sightseeing around Penang Island, or even after some strenuous swimming in the pool or sea, at Best Brew. Cool down with interesting imported tipples, that are not your run of the mill booze. The Best Brew has an amazing selection of local and international beers, in a casual atmosphere, and the cocktails are affordable too. 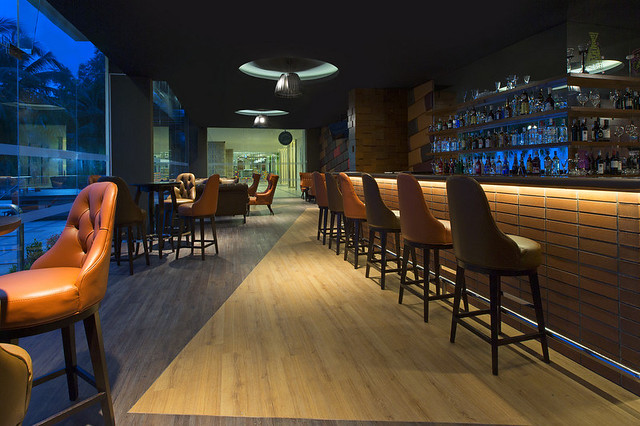 You will never get beers and cocktails for just RM10 – RM18 in KL .. Never! There’s a limited but respectable number of snacks on the pub menu, and a wide selection of cocktails, beers, including local favorites, as part of the Four Points Best Brews program. Best Brew has a cool pool table and a massive bar area that goes right round the pub. Cumi had the fruit beers, which are a must (try strawberry and raspberry) and for me, I like the Long Island cocktail. 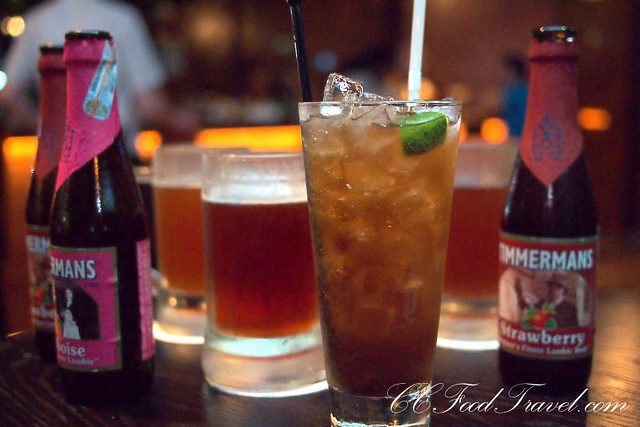 Four Points by Sheraton Penang is offering a special introductory rate of RM199++ per night in a Deluxe Room for stays between now and March 31, 2014. This introductory offer includes double SPG Starpoints, 20% off food and beverages, and complimentary in-room Wi-Fi Internet access.

Well if you ever end up undecided about where to stay in Penang, the Four Points has a lot going for it. Just make sure you book early because we just heard that it is fully booked for the next couple of weeks. Folks know a good thing, when they see one!

Gazing up from the bottom of the steep hill, one cannot help but feel as though one has entered an exclusive haven reminiscent of…